As of yesterday, June 24th, Hulu has begun streaming the beloved ’90s comedy, Seinfeld. To promote the launch of the availability of every single episode of the hilarious show about ‘nothing’ a pop-up replication of Jerry’s Upper West Side apartment and a Mini Museum have opened in downtown New York. Seinfeld: The Apartment is a 3,500-square-foot exhibit created by Hulu and event marketer The Magnetic Collective with sponsorship by Toyota. The pop-up installation is open to the public for only 5 days. Its purpose is to let fans know that all 180 episodes of Seinfeld can be found on Hulu’s streaming service now. 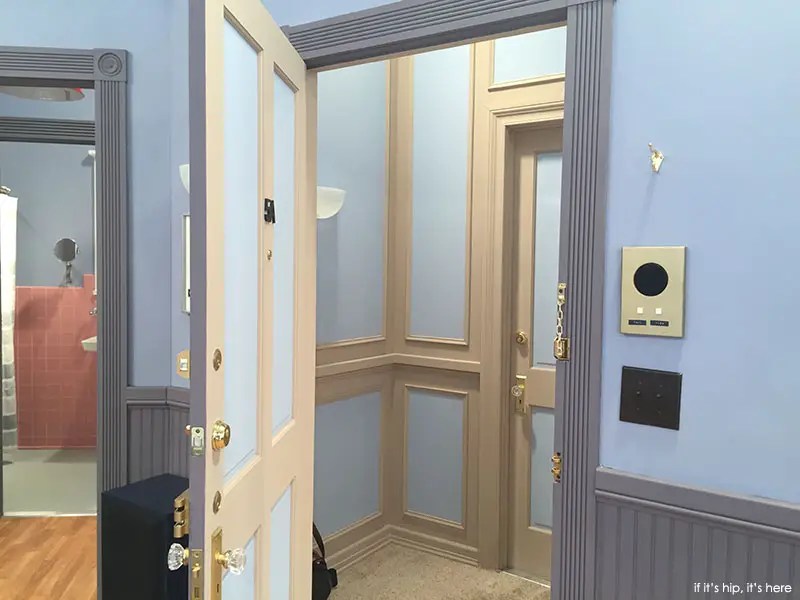 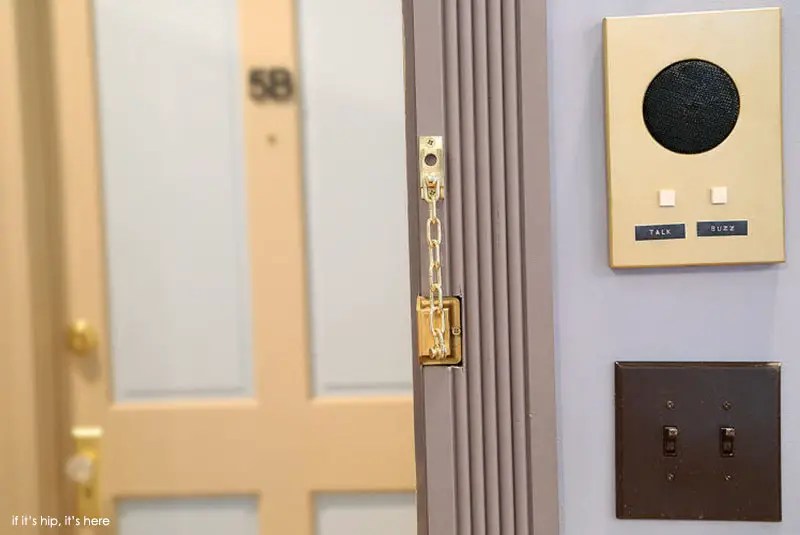 Jerry’s 5A one-bedroom apartment is painstakingly recreated with all the recognizable props and set pieces. The good ol’ turquoise couch and chair are there as is the bike hanging against the back wall. And on Jerry’s desk still sits the now vintage computer. 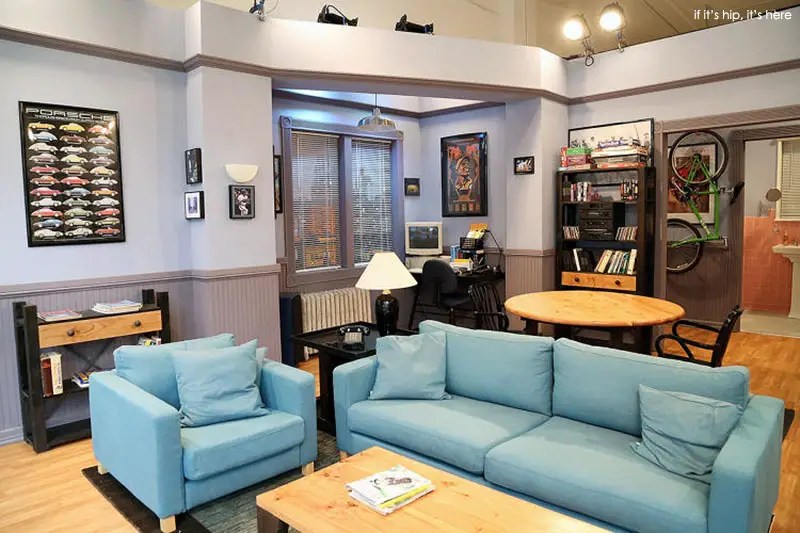 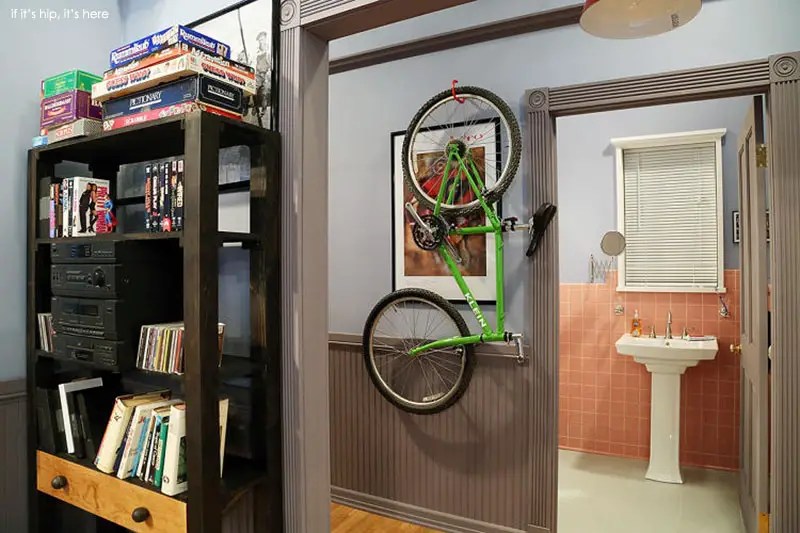 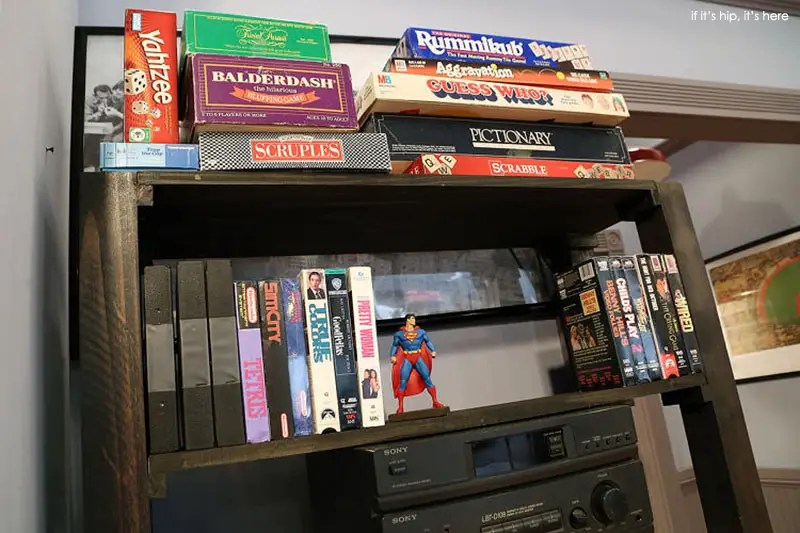 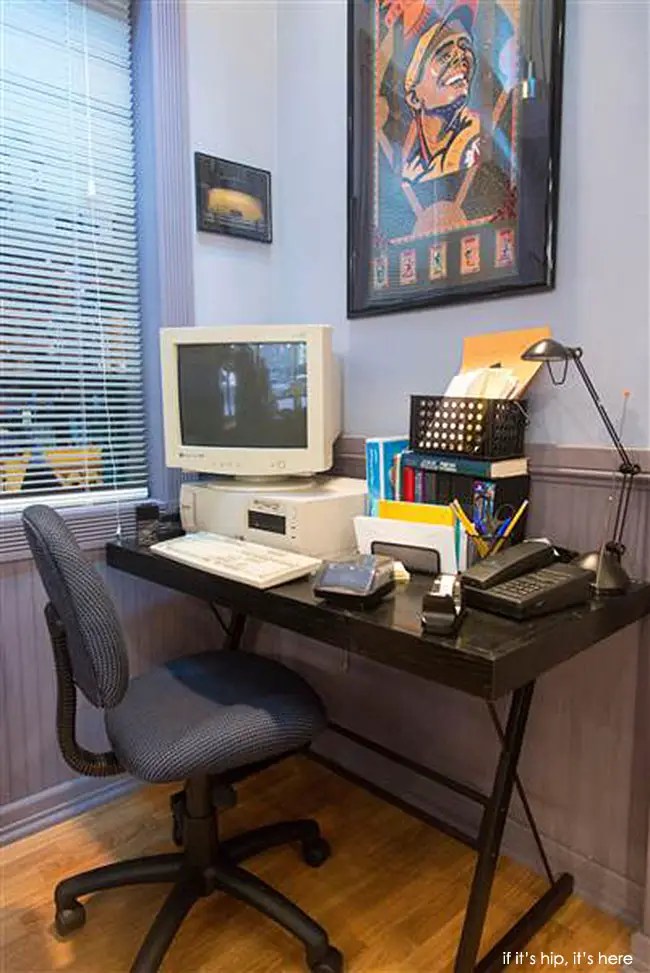 The kitchen is stocked with the familiar cereal boxes, the blue stool at the counter, fruit bowl and fridge magnets. You can even peek through Kramer’s reverse peephole. 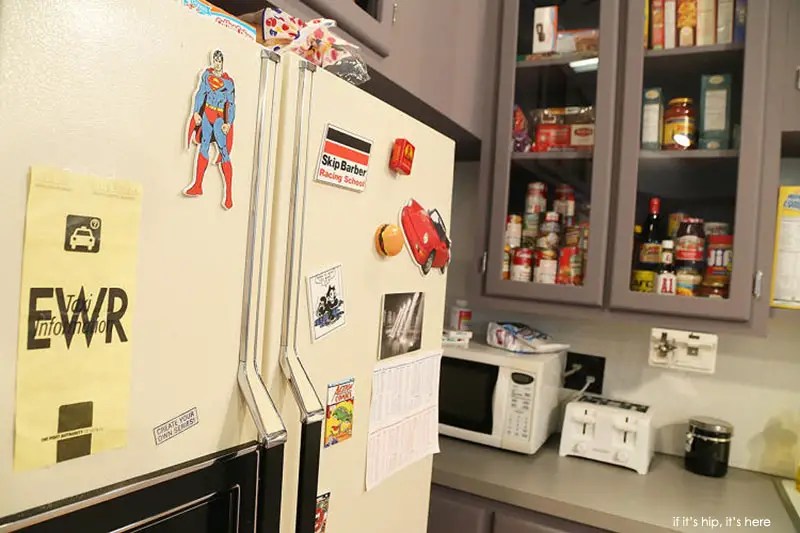 You’ll also find Seinfeld scripts and some of the real Seinfeld’s keepsakes from the show, such as the coffee shop booth and table and the Last Supper painting of the crew- both from Jerry’s personal collection. 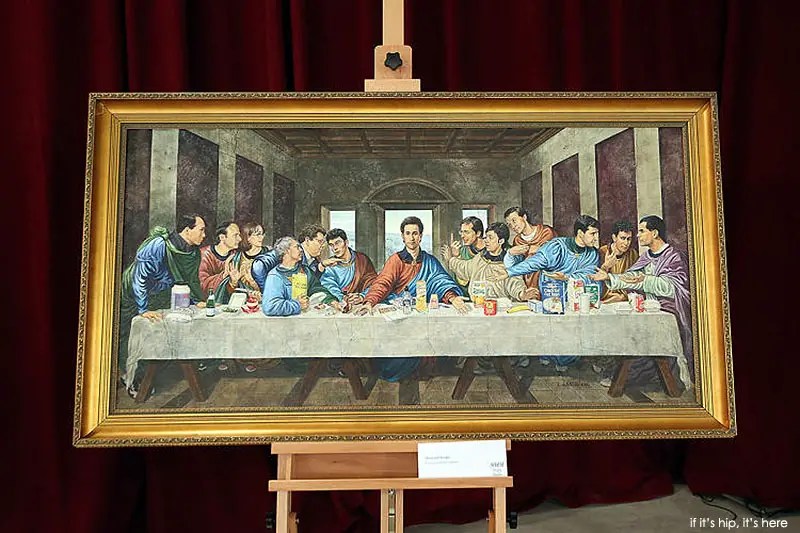 In the small museum section of the exhibit which resides in MILK Studios, fans will recognize many key items from Seinfeld episodes. The Tropic of Cancer library book, Puddy’s Devils jersey, The Set from George’s Valentine’s Day shoot, the infamous diner table and booth from Monk’s Café. The booth and table came from Mr. Seinfeld himself, who had a good deal of the show’s items in storage, according to Hulu’s Senior VP-Head of Marketing Jenny Wall. Ad Age reports that “The strategy reflects a larger trend of pop-ups that many brands are using. Hulu’s Senior VP-Head of Marketing and Ad Age Woman to Watch Jenny Wall said pop-ups allow consumers to interact with an otherwise fictional experience. “We try to build one-to-one relationships with our consumers, and we kind of want to share the fandom that we have with them as much as humanly possible,” Ms. Wall said.

Pop-ups have grown in popularity with companies including Hulu’s biggest competitor, Netflix, where Ms. Wall worked as VP-marketing before moving to Hulu in 2014.

While Ms. Wall declined to comment on the price to put together the apartment and museum, she said that it was “well worth it.”

The issue with the pop-up was the short amount of time given to put together the exhibit and make it as authentic as possible. Ms. Wall said to prepare for the design of the apartment, which changed throughout the show’s nine years, Hulu spoke with one of the original set designers.

“We wanted to make sure that we did something as big or hopefully as big as the show to celebrate it, and actually to sort of to have a mirage and a celebration for our fans,” Ms. Wall said.”

Hulu brand ambassadors will be there to help out, and the hope, of course, is that people who have immortalized their own Seinfeld moments will share them via social media with #SeinfeldApartment. A Prescription For Art. ‘Meds’ by Psychotherapist and Sculptor Jon Harvey.