Meet Scout. Scout has a talent that has led to his own book. With an uncanny ability to balance just about anything on his head, the rescued pitbull has proven that patience and posing have their own rewards.

The Ninth of Ten Dogs Who Deserve More Followers Than you

aka the dog who balances everything on his head.
27.3k followers
https://www.instagram.com/stuffonscoutshead/ It’s one thing to have a dog patient enough to sit still for a photo and yet another thing to have them balance something on their head. But what I find incredibly impressive is Scout’s balancing food items on his head (even hamburgers) without breaking pose. His willpower and discipline can only be attributed to his loving owner, Jen Gillen, an advocate for the adoption of pit bulls. 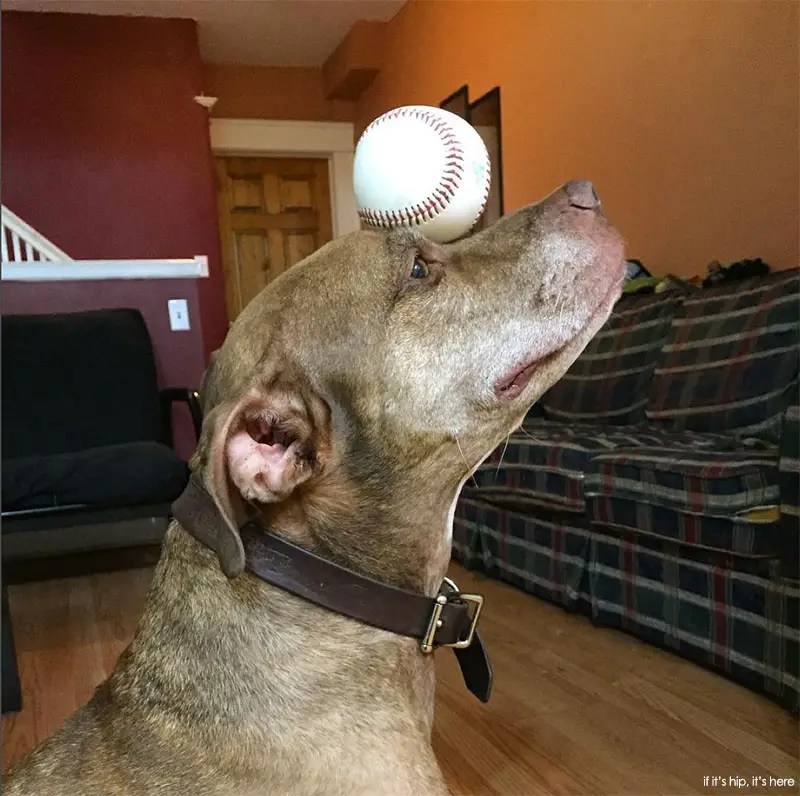 Scout’s owner Jen has been quietly running Stuff on Scout’s Head for two years, in the hopes that it will educate people about how smart, loyal, loving and patient pit bulls can really be. 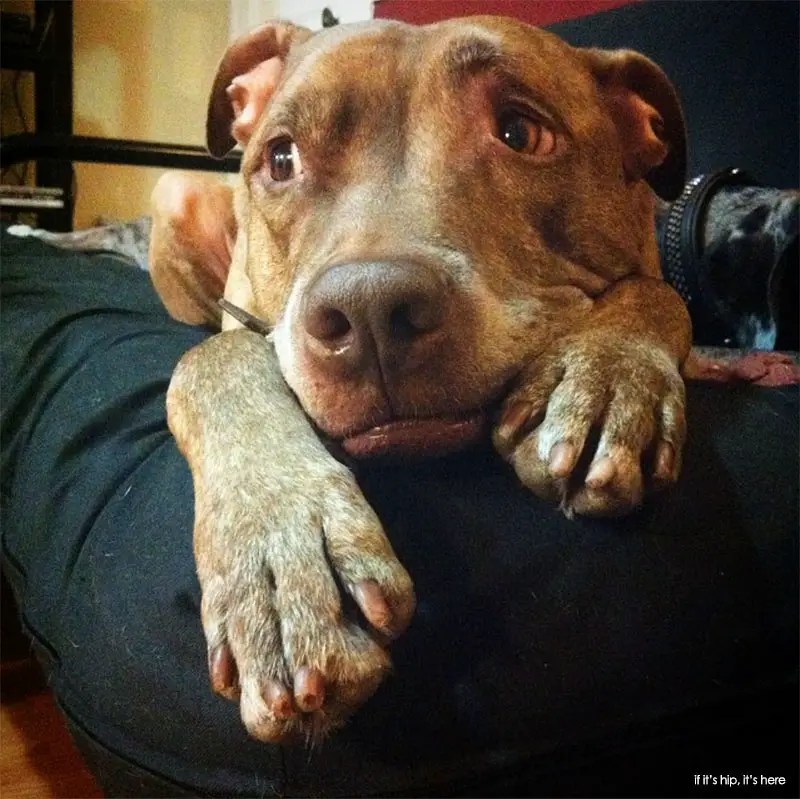 While the photography isn’t great (I had to alter the color of many of the photos in this post), it’s still fun to see what feat of engineering Scout can handle next. Scout’s balancing act has appeared on the cover of Animal Wellness magazine more than once and a book based on the Tumblr site “Stuff on Scout’s Head” shares Scout’s pithy and humorous wisdom about navigating life’s highs and lows to achieve balance and mindfulness. Proceeds from the book go to both Bullies In Need and the All Breed Canine Rescue. Blackglama Ads, History and Trivia about the Enduring Brand.

A Look At Carmageddon – 20 Awesome Photos.