Bound to be one of this holiday’s season’s hot toys, the interactive Balloon Dog named Squeakee, and his Dalmation pal Spotty, love to be pet, pumped up and played with. The new toys respond to your voice and come with their own own squeaker toys, a pump to inflate or feed them and a pin with which they can be “popped”. END_OF_DOCUMENT_TOKEN_TO_BE_REPLACED

Ray Harryhousen and Gene Roddenberry would love Gucci’s latest campaign, Gucci and Beyond. The theme behind the luxury brand’s 2017 Fall Winter collection and ad campaign was inspired by retro Sci-Fi in which the video and print ads feature Gucci clad models interacting with extra-terrestrial creatures and dinosaurs. END_OF_DOCUMENT_TOKEN_TO_BE_REPLACED

by Mike Doyle. This newly published hardcover book features Gothic, Mecha, Beastly and many other darker incarnations of miniature sculptures, all made with LEGO bricks. END_OF_DOCUMENT_TOKEN_TO_BE_REPLACED

You may not be familiar with the name Stéphane Halleux, but if you saw the Oscar-winning animated short, Mr. Hublot, you’ve already seen some of his work. I’d been following his talents for awhile and was thrilled with the recognition Mr. Hublot received at the 2014 Academy Awards. END_OF_DOCUMENT_TOKEN_TO_BE_REPLACED 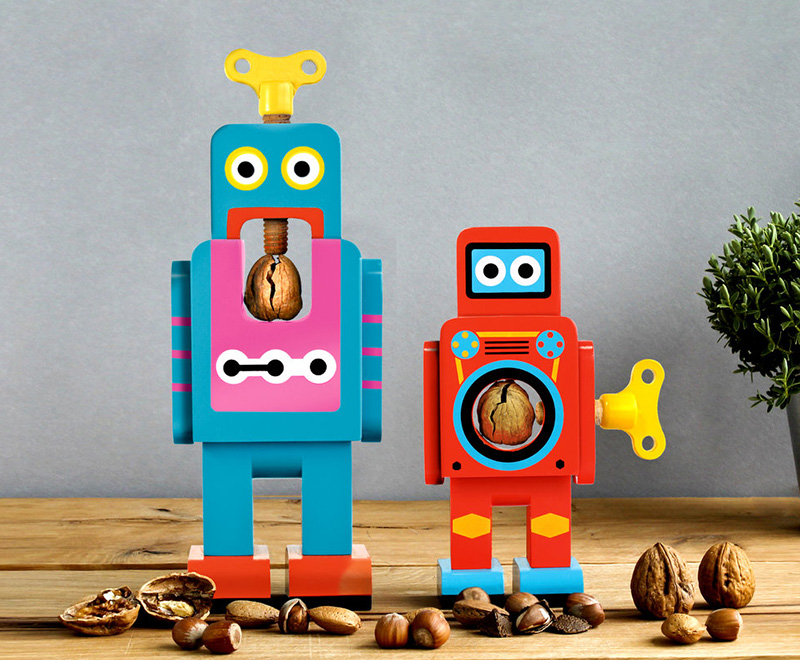 Designed by Matthias Zschaler for Suck UK is a fun twist on the traditional Christmas Nutcracker. Two Robot nutcrackers, one large and one small, are made of beechwood and painted in bright retro colors. 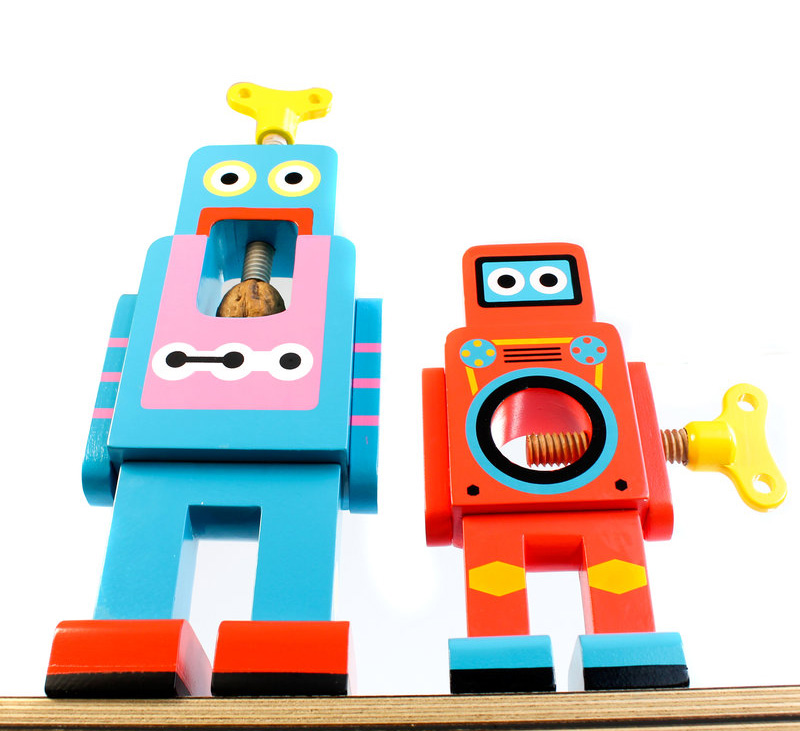 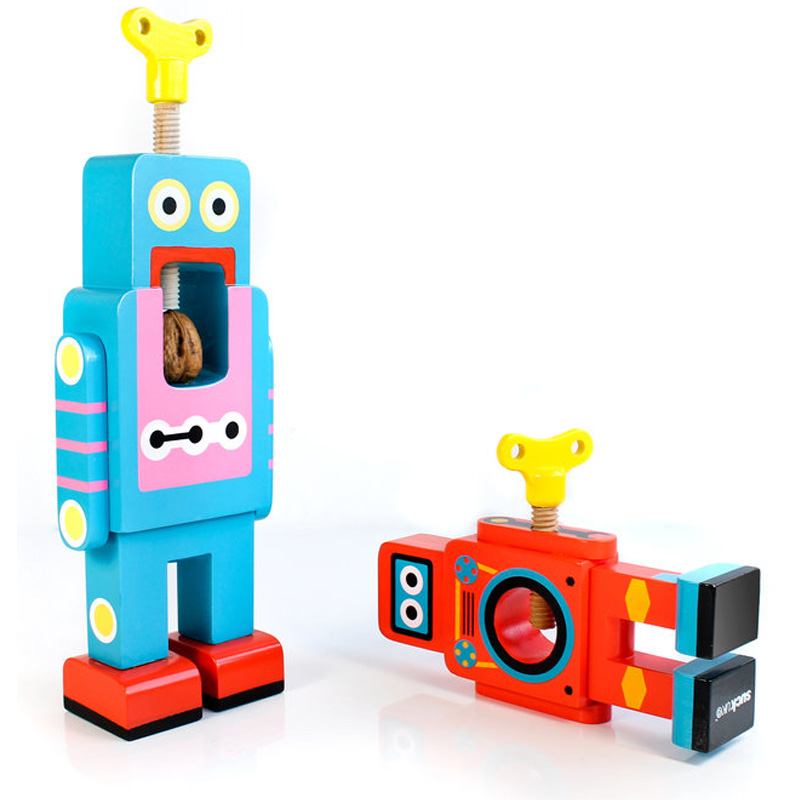 Using the ‘wind up key’ to break the nut, any nut, placed in their belly they are both fun and functional and make great gifts for the holiday season. 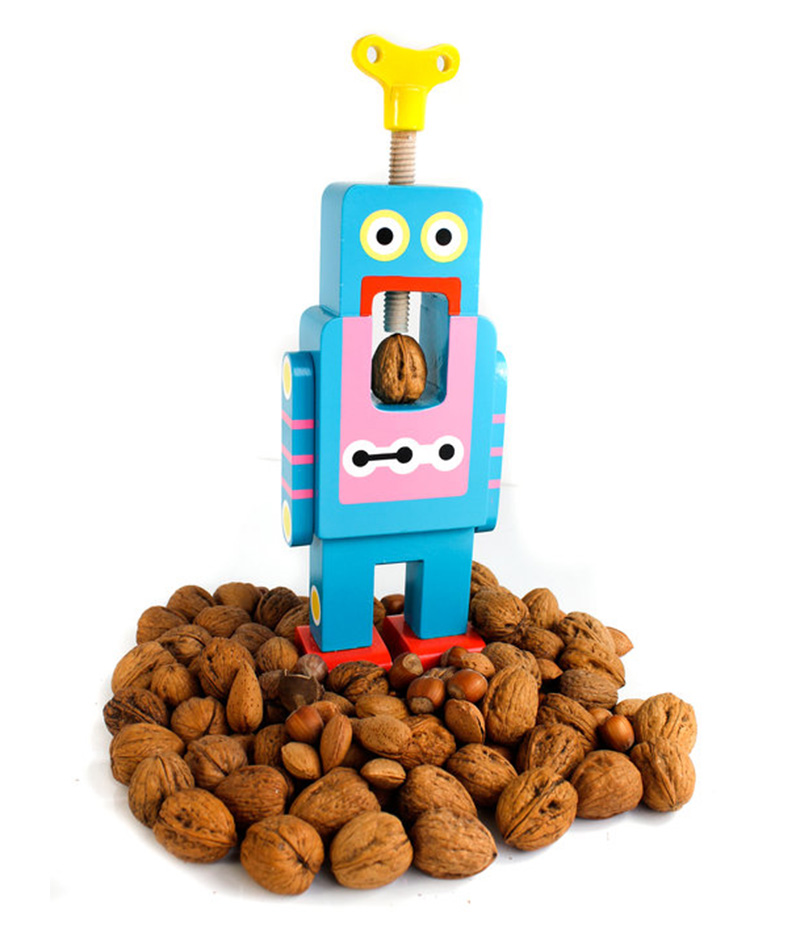 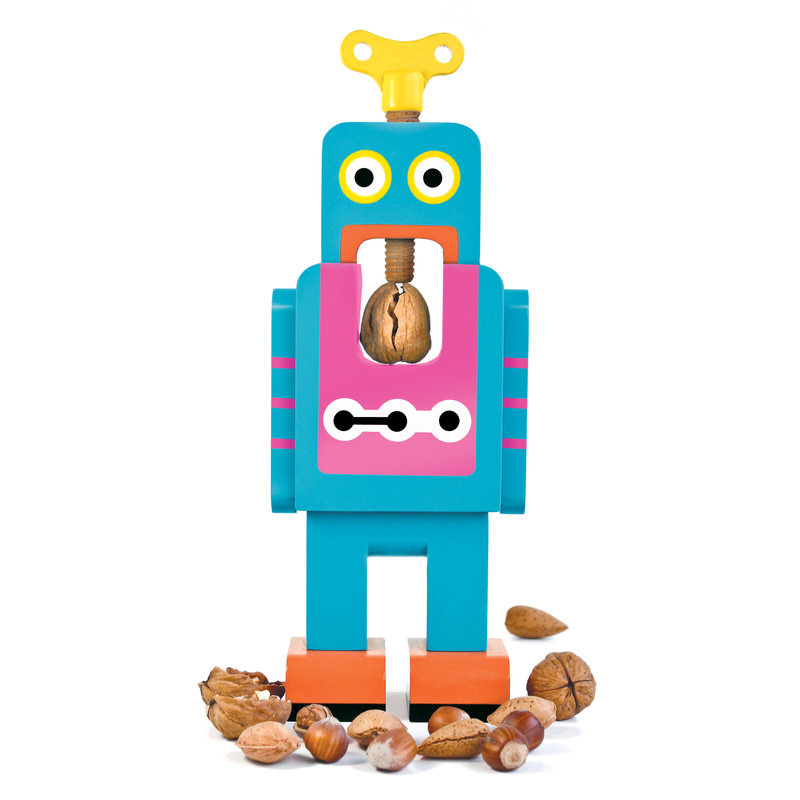 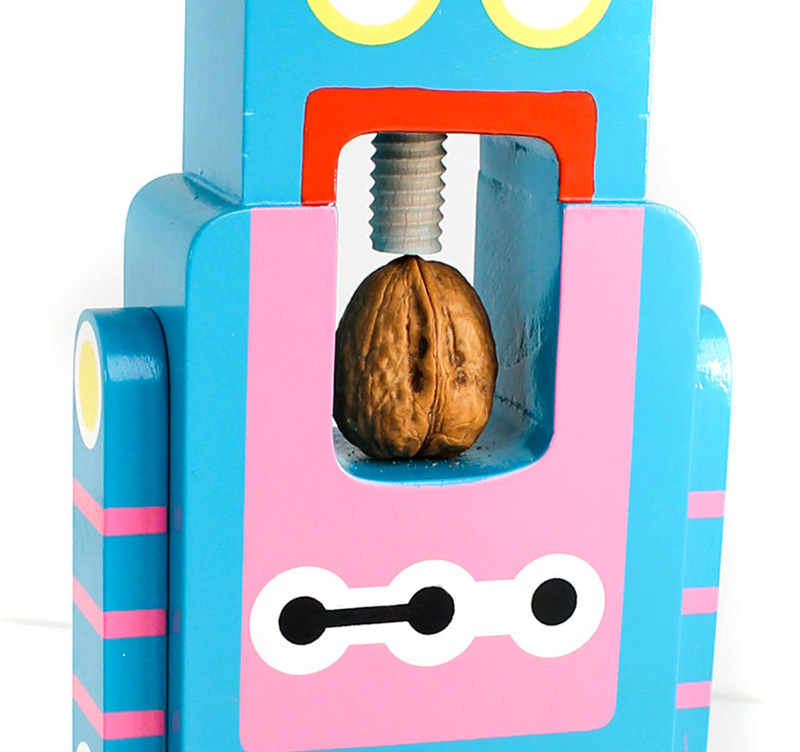 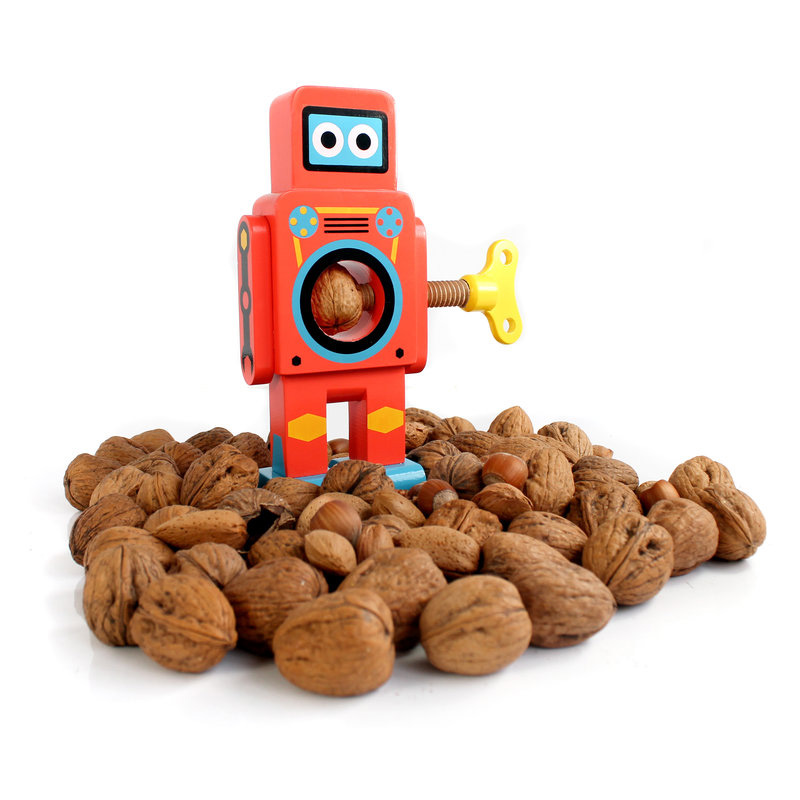 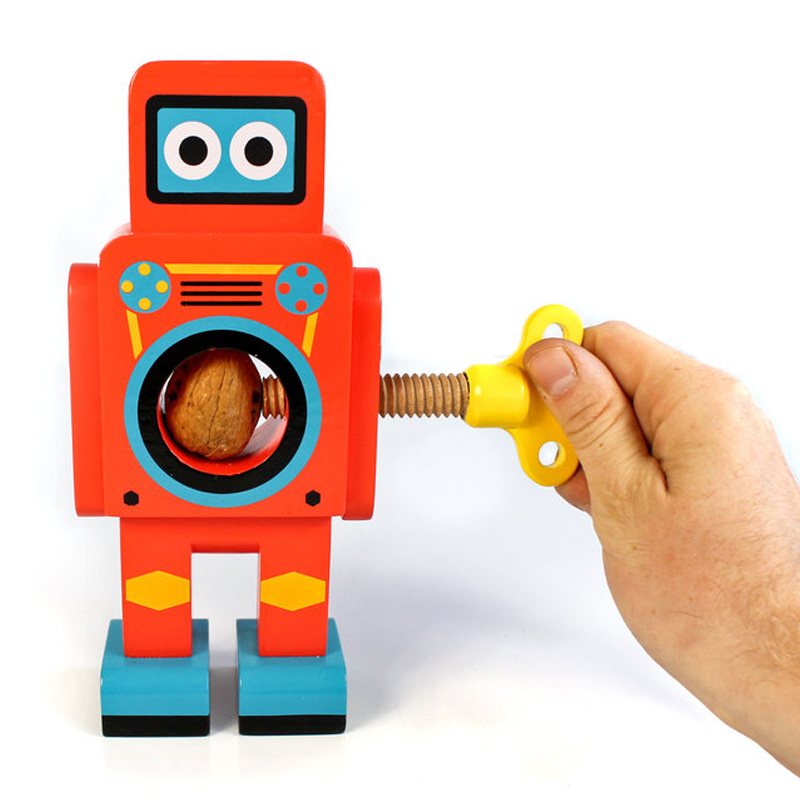 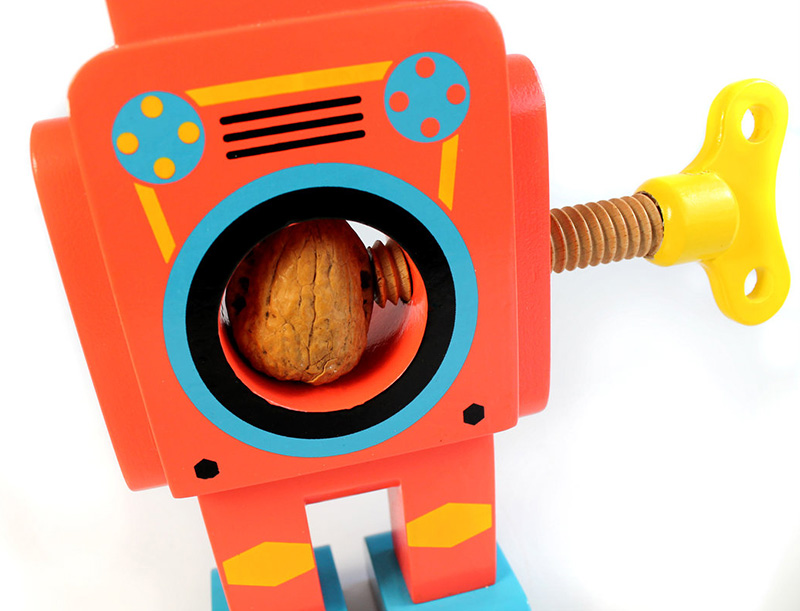 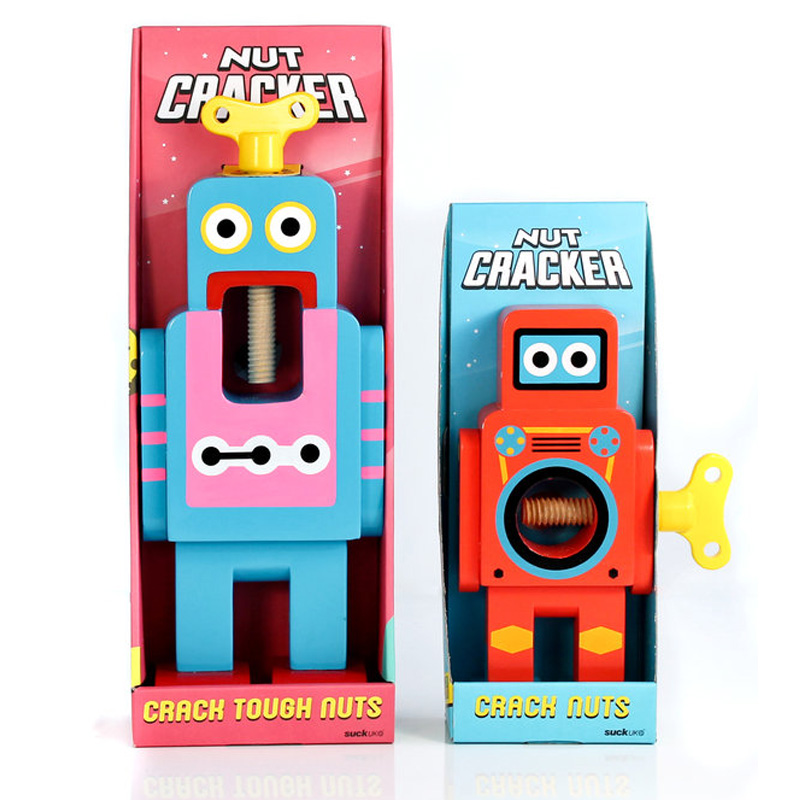 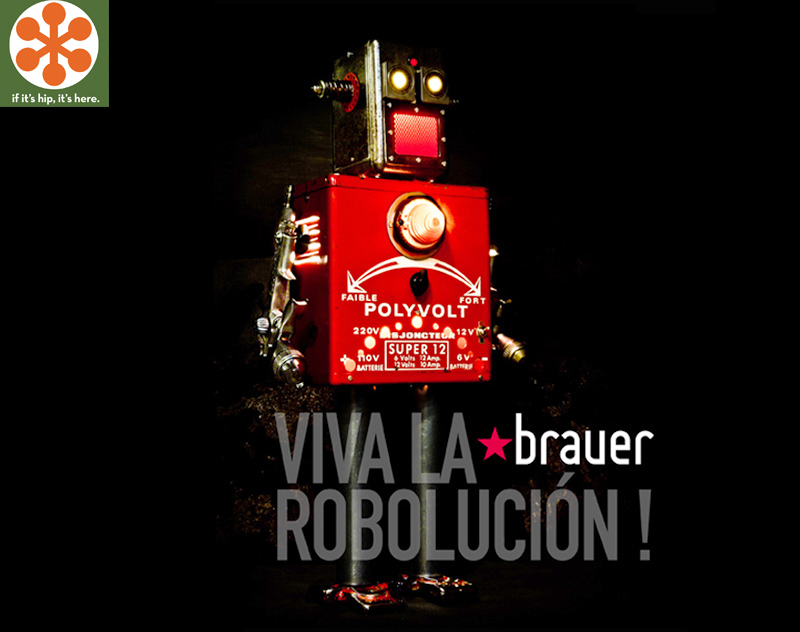 Bruno Lefevre-Brauer, known as + Brauer, is a graphic designer living in Paris. Over the past 20 years he has designed numerous album covers for French and international artists and pursued his personal artistic expression through painting, photography and sculpture. END_OF_DOCUMENT_TOKEN_TO_BE_REPLACED

Now you can impress the Easter Bunny with stylish and artfully decorated eggs created by the Eggbot Robotic Decorating Kit, updated and available for purchase. END_OF_DOCUMENT_TOKEN_TO_BE_REPLACED