The Ralph Lauren brand is celebrating its 50th anniversary and has just unveiled the very first watches ever designed by Ralph for his famous Polo brand (RL has several other fancy watch collections for his other brands). The four unisex watches feature four differently dressed teddy bears. Yes, you heard me. Teddy bears. Each clad in different fashion styles inspired by Ralph’s own. And they cost $2,000 each. 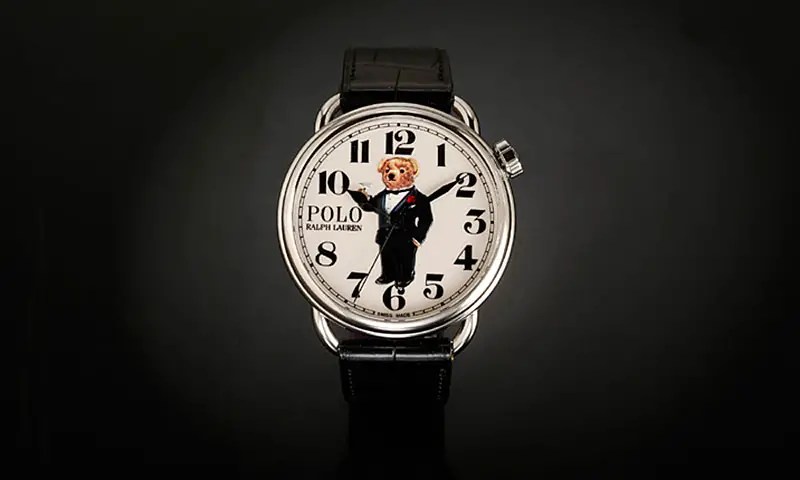 The wrist watches feature four different handprinted clothed teddy bears; Flag, Martini, Preppy and Spectator, one on each of the round cream lacquered faces of the Swiss movement watches. Teddy bears are one of the designer’s favorite icons and, according to WWD, and has been a constant theme for over 25 years on much of the brand’s past apparel and products. The original Polo Bear first appeared in 1991 and he has been resurrected in force for the brand’s 50th Anniversary, two examples of which can be seen on the two models below. These teddy bears, from the brand’s Instagram feed, were posted so that viewers could vote on the Polo App as to which should appear on the next sweater.

The preppy looking timepieces can be customized by choosing straps from three different tartan patterns, three repp stripe patterns, French calfskin or exotic alligator. Each has a stainless-steel pink buckle engraved with Polo.