you are here: if it's hip, it's here » design » interior design » One Darn Cool Pool. Swimming At The Casa Devoto (Devoto House) In Argentina.

Andres Remy Architects designed this private residence for a couple with two children in Devoto, Argentina. The home, situated on an 18 x 24 meter lot, is a modern, luxurious home with an open floor plan, most of which has angles which allow one to view the unusual above ground pool. 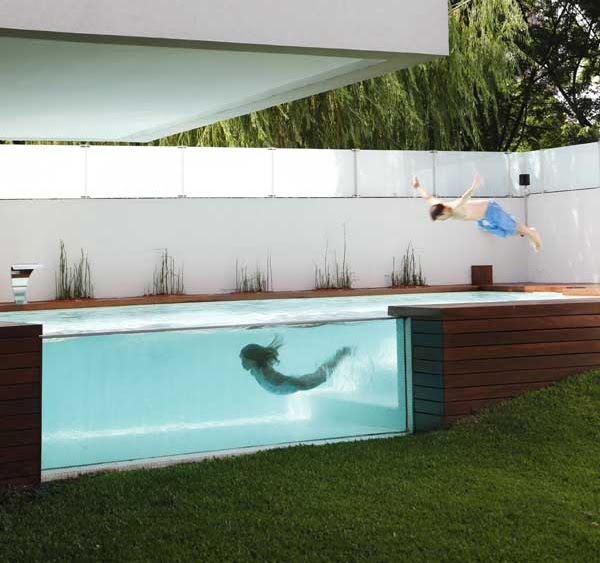 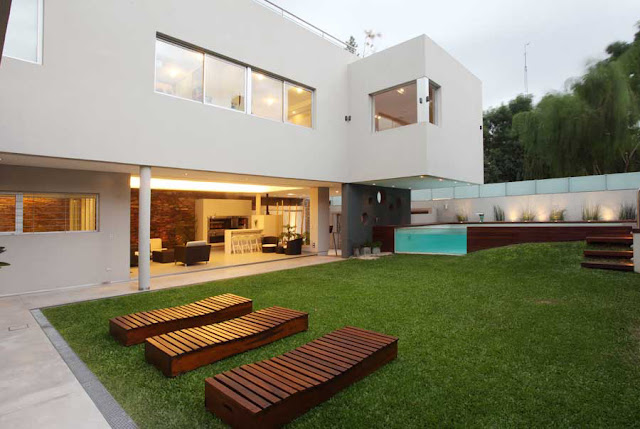 While the entire home is nicely designed, it’s the pool that I was really drawn to. With it’s see-through window, flush wooden deck and split level interior. 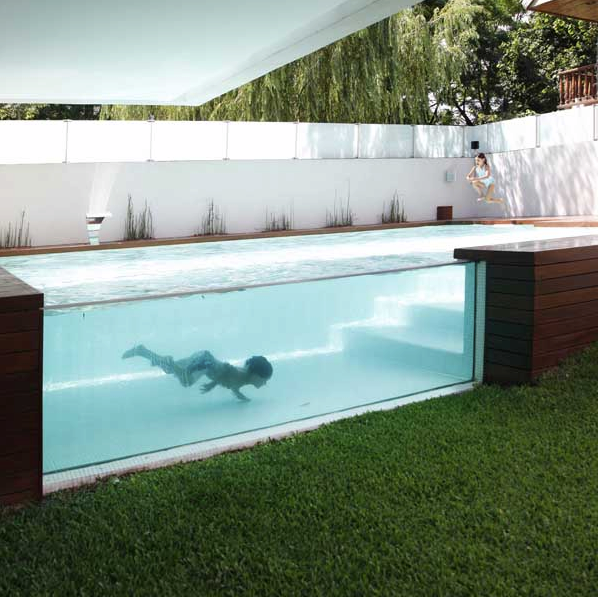 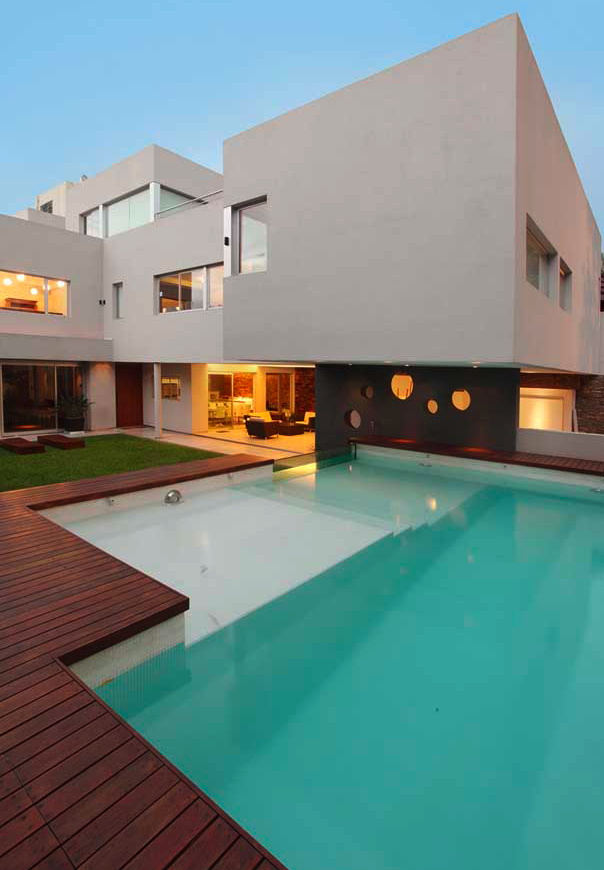 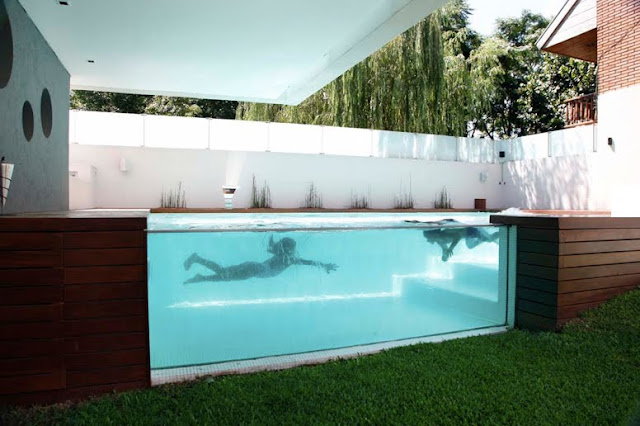 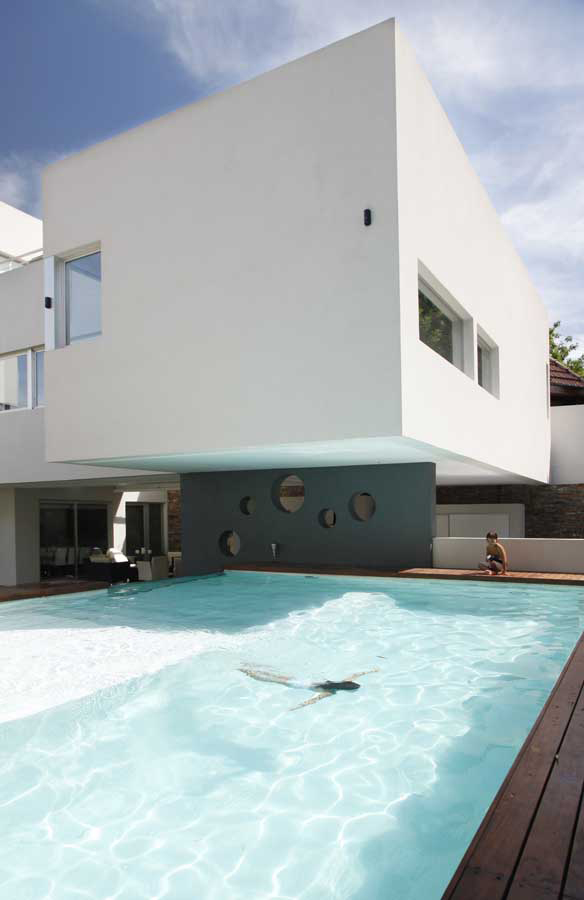 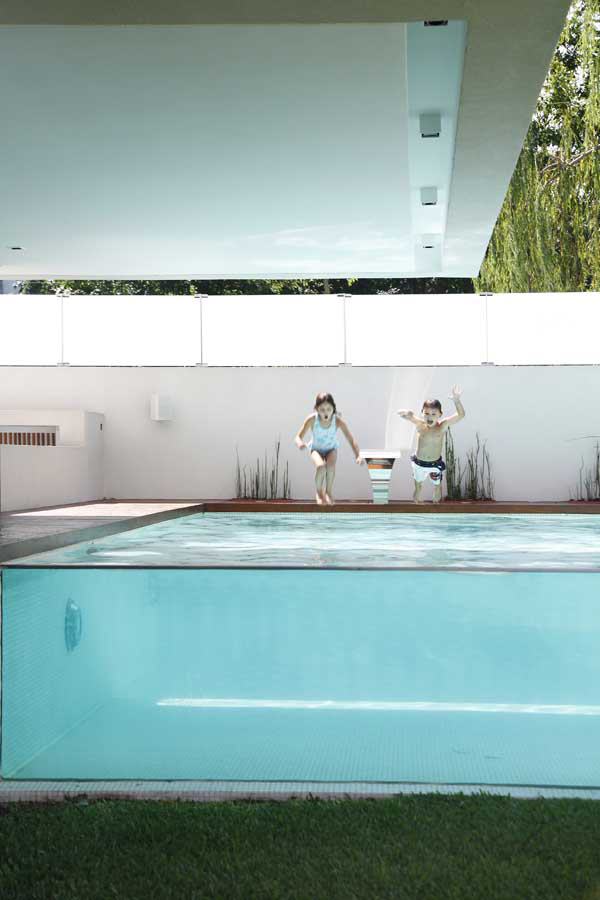 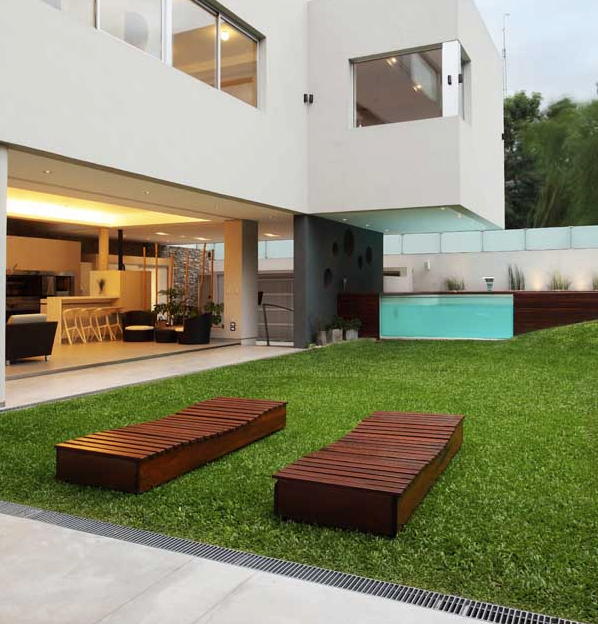 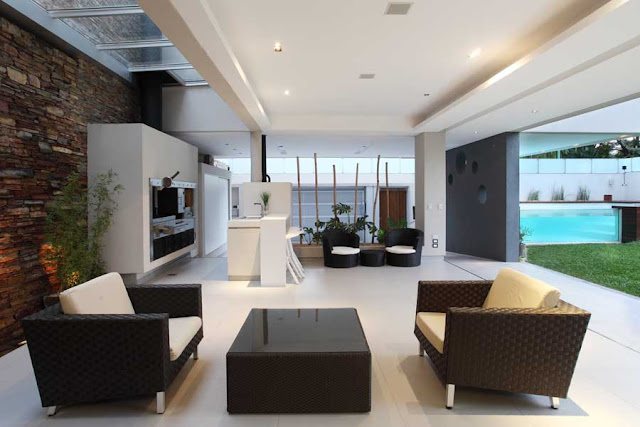 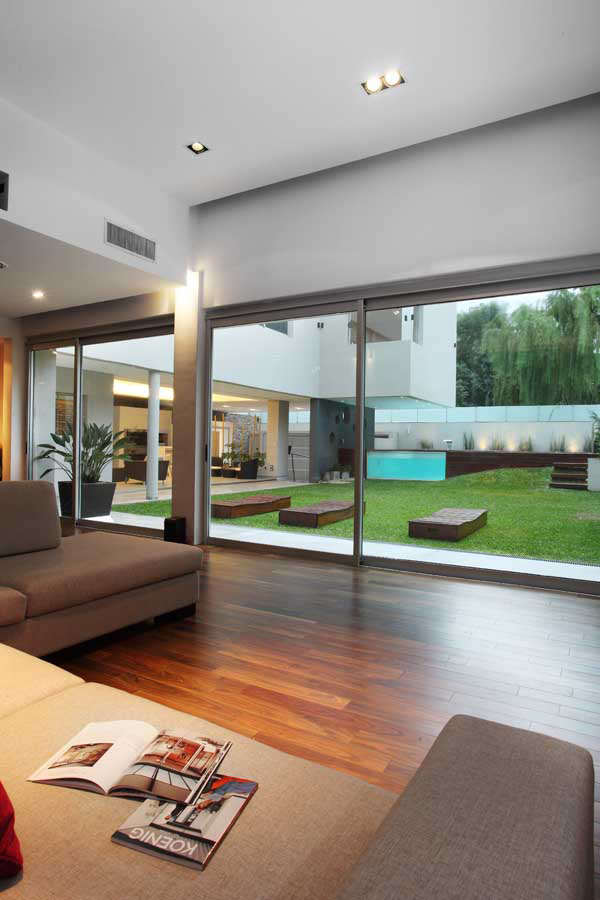 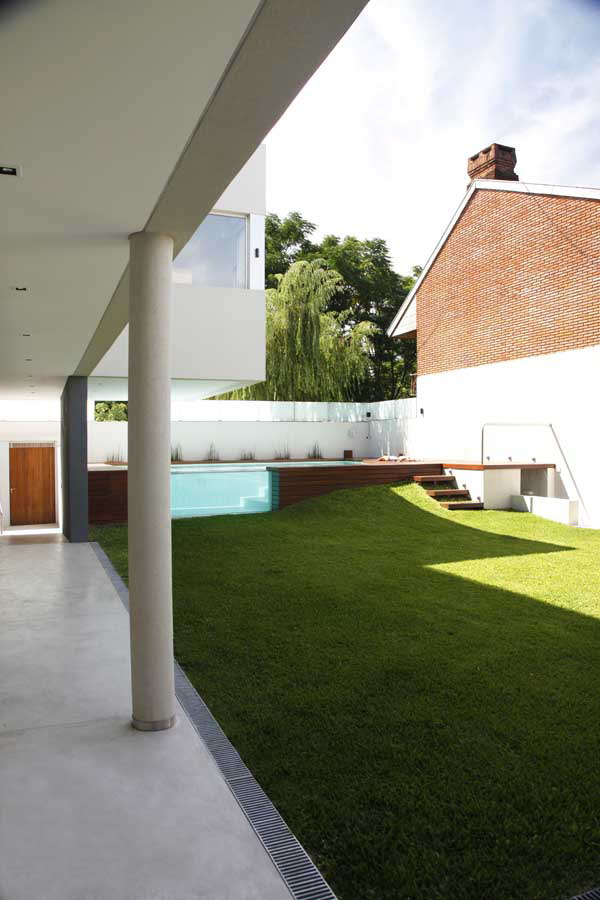 The pool reminds me of one of my other favorite swimming pools (I have many). That within the Brazil Slice House by Procter-Rihl, shown below: 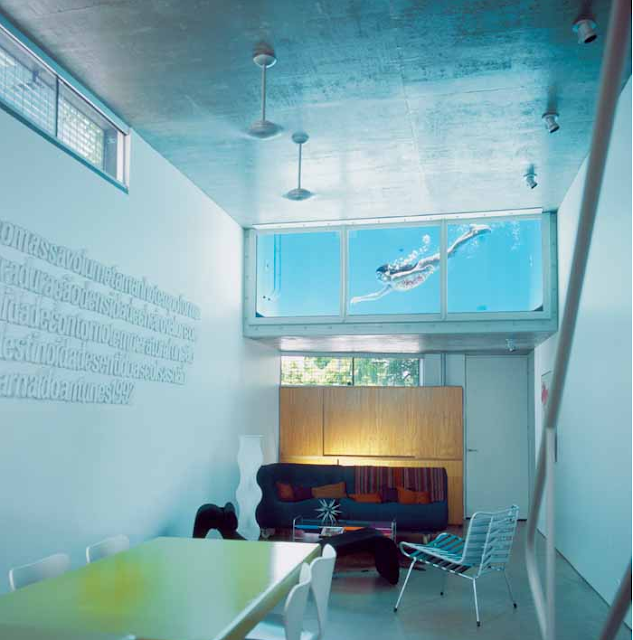 See all of Casa Devoto here.