In the past I have shared with you every single Cannes Film Festival poster since the inception of the event.

This year, Hervé Chigioni and his graphic designer Gilles Frappier have based the poster design for the 67th Festival de Cannes on a photogram taken from Federico Fellini’s 8 1/2

, which was presented in the Official Selection in 1963.

The original photogram prior to manipulating it for the poster: In Marcello Mastroianni and Federico Fellini, we celebrate a cinema that is free and open to the world, acknowledging once again the artistic importance of Italian and European cinema through one of its most stellar figures.

The final Official poster for the 67th Cannes Film Festival: “The way he looks at us above his black glasses draws us right in to a promise of global cinematographic happiness,” explains the poster’s designer. “The happiness of experiencing the Festival de Cannes together.”

In his films, Marcello Mastroianni continued to encapsulate everything that was most innovative, nonconformist and poetic about cinema. On seeing the poster for the first time, Chiara Mastroianni, the actor’s daughter, said simply: “I am very proud and touched that Cannes has chosen to pay tribute to my father with this poster. I find it very beautiful and modern, with a sweet irony and a classy sense of detachment. It’s really him through and through!”

Below is the scene from Federico Fellini’s film 8 1/2 on which the poster is based:

The Festival de Cannes thanks Gaumont, which owns the rights to the film.

Now, take a look at every single Cannes Film Festival poster from 1946-2016 here 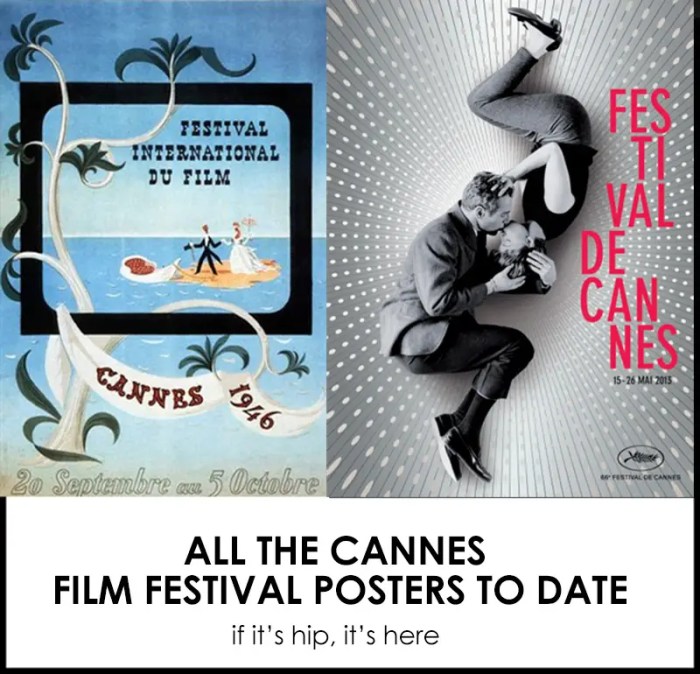 Soroche Creates 3D Paper Animal Masks For The Wall. Or Your Head.