` New Brand Identity for NYC Pride - If It's Hip, It's Here
Skip to content The NYC Pride logo has evolved as part of a new brand identity from Lippincott who worked hand in hand with the The Heritage of Pride leadership team. Together they created a new, all-inclusive brand identity for the non-profit.

NYC Pride is The Heritage of Pride’s trademark event, which, until now, had a logo and look which changed annually to match the year’s theme.

Recognizing that they needed an enduring brand identity for awareness, they hired Lippincott to help create a new one for NYC Pride. One that told a story of inclusivity to showcase that NYC Pride is more than just an annual celebration, uplifting the community 365 days a year. The new brand purpose, to inspire and empower every LGBTQIA+ person to proudly love and live their truth, speaks to NYC Pride’s roots in protest, and the annual celebration’s power in unifying and advocating for its community. 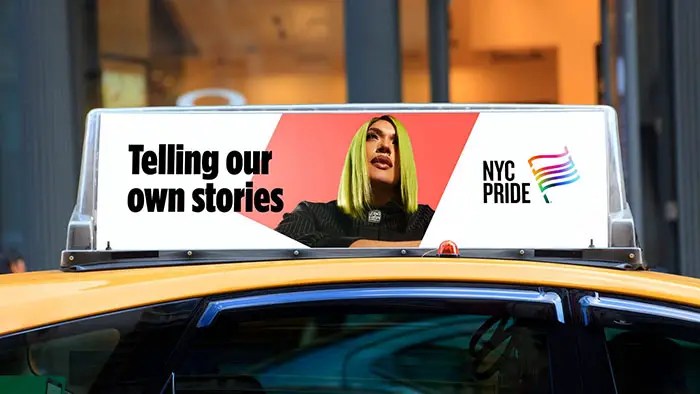 The evolved NYC Pride brand launched on February 15, 2022, coming to life across platforms, including its website and social media channels. 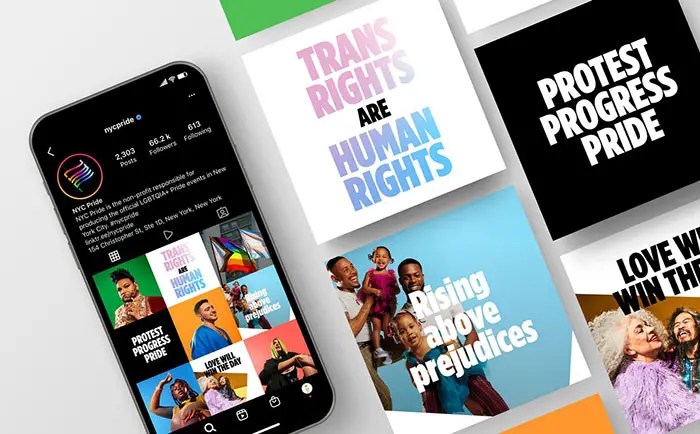 The new visual identity is a stylized version of the identifiable Pride Flag emblem. Subtly featuring the letters NYC, the animated version features an adaptive gradient, providing storytelling flexibility and inclusivity for different subgroups within the LGBTQIA+ community.

Known as a universal symbol of safety, community, and allyship, the flag is at the center of the identity, capturing the brand’s spirit of celebration and activism. 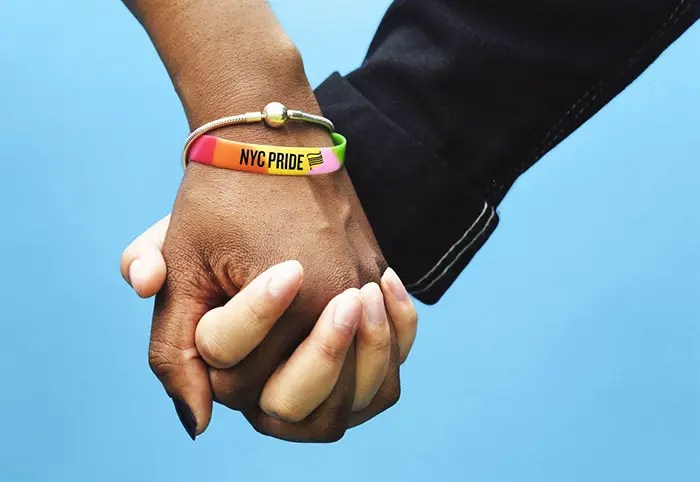 Lippincott explains that the logo is paired with two fonts designed by NYC-based type house Hoefler & Co: Monotype’s Knockout and Gotham. Knockout, with its roots in the eclectic typography of 19th century broadsides, perfectly counterbalances the friendly openness of Gotham, a contemporary take on a style of sign lettering that is quintessentially New York and whose elemental forms were made to express as broad and inclusive a range of voices as possible.

Moving forward, the new brand will underpin how the organization works with staff, members and volunteers, fosters new and deeper connections with the community and partners, and ultimately enables the organization to do more in pursuit of its important mission.

information and images courtesy of Lippincott and NYC Pride