” is set to be released in October 2015. A handful of illustrations from award-winning UK illustrator Jim Kay, who has been tapped to illustrate the books, have just been made public. above left: Harry Potter by Jonny Duddle who illustrated the covers of all 7 books by Bloomsbury Publishing and above right; The new look of Harry Potter as re-imagined by Jim Kay for the upcoming re-releases 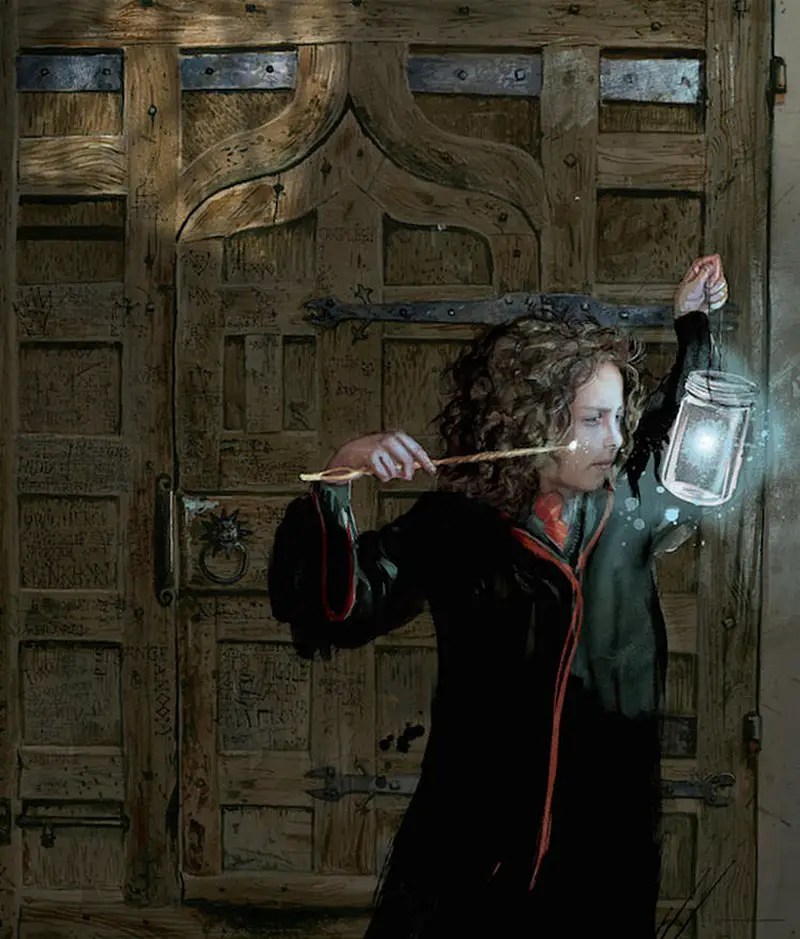 Draco Malfoy: “Harry had never believed he would meet a boy he hated more than Dudley, but that was before he met Draco Malfoy.” image: Jim Kay—Bloomsbury Publishing Plc. Hagrid: “He was almost twice as tall as a normal man and at least five times as wide. He looked simply too big to be allowed, and so wild – long tangles of black hair and beard hid most of his face, he had hands the size of dustbin lids and his feat in their leather boots were like baby dolphins.” image: Jim Kay—Bloomsbury Publishing Plc. Ron Weasley: “He was tall, thin, and gangling, with freckles, big hands and feet, and a long nose.” image: Jim Kay—Bloomsbury Publishing Plc.

Over the next few years, full-color illustrated versions of all seven books in J.K. Rowling’s “Harry Potter” series will be released, with Kay on board to illustrate them all.

On the blog of Alison Elred, the rep for Jim Kay, it says “The brief was to re-conceive the characters, architecture and landscapes based closely on the book rather than being influenced by the films. It’s been an exacting task as the films are so well produced but the result is a collection of totally original work which the reading public will be able to judge for themselves when the book is published in October 2015.”

The sketch of Harry Potter below is from Jim’s own website: 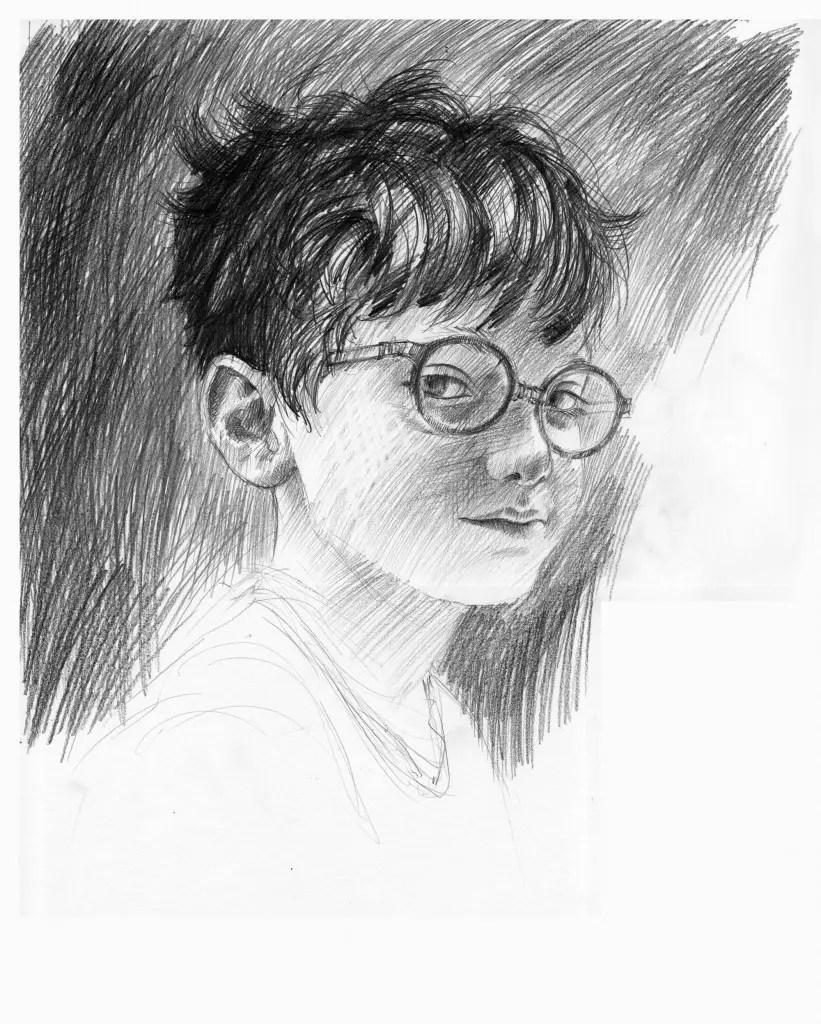 images courtesy of Jim Kay/Bloomsbury Publishing Plc. Quotes from the books about the characters courtesy of The Guardian