` Movie Posters for Big Eyes by 9 Artists - If It's Hip, It's Here
Skip to content 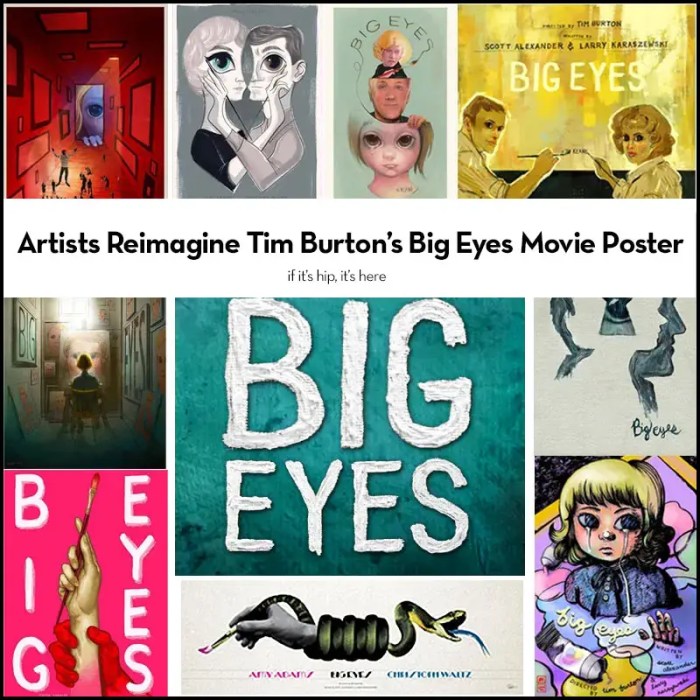 Movie Posters for Big Eyes.
Opening in theaters on December 25th is Tim Burton’s critically acclaimed biopic about Margaret Keane, the artist who painted waif-like children with enormous eyes in the 50s, 60s and 70s but whose husband, Bill Keane took the credit. The Weinstein Company, who is putting out the film, invited nine artists to create their own posters for the film.

The official International Movie Poster for the film put out by The Weinstein Company: 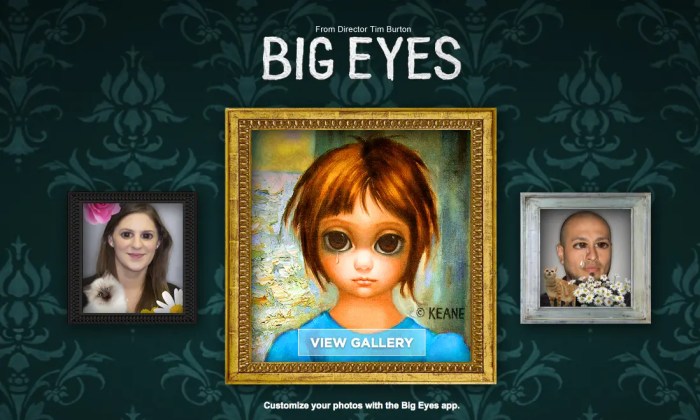