` Louis Comfort Tiffany Jewelry - If It's Hip, It's Here
Skip to content 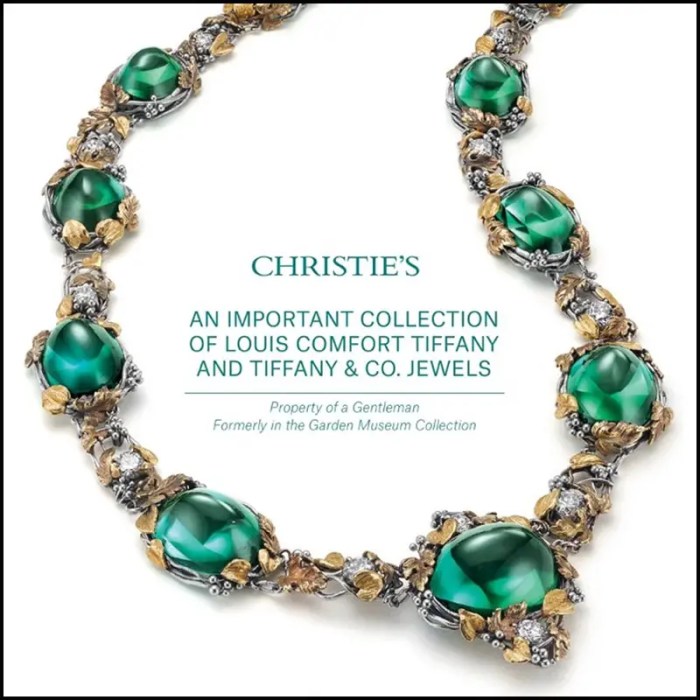 Christie’s auction, Magnificent Jewels & the Rockefeller Emerald, will be taking place on June 20th in New York at the Rockefeller Center. Included in the auction will be a collection of 58 pieces of jewelry by Louis Comfort Tiffany that are exquisite examples of a talent for which he was far less known than that of his lamps and Favrile glasswork. Here’s a sneak peek at many of the jaw-dropping pieces to be auctioned and a little background on the son of the founder of Tiffany & Co. 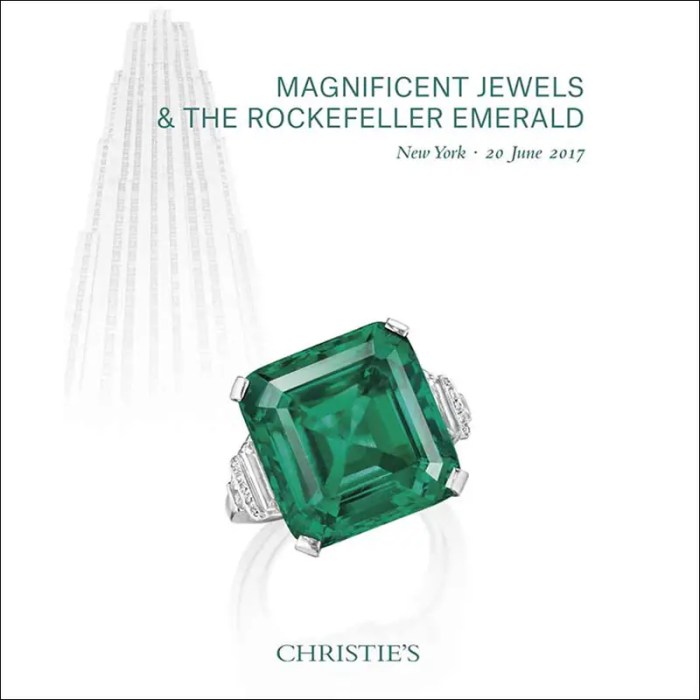 The sale will be led by the Rockefeller Emerald (shown below), sold on behalf of a private American Collector.

This historically important gemstone is among the finest emeralds to ever be offered for sale at auction and is expected to fetch between $4,000,000 and $6,000,000.

The sale will also include an important private collection comprising 58 pieces of Louis Comfort Tiffany and Tiffany & Co. jewels that had once been part of The Louis C. Tiffany Garden Museum Collection in Japan.

Museum founder Mr. Takeo Horiuchi and Art Nouveau and Art Deco artworks expert Mr. Alastair Duncan passionately traveled the world over to collect pieces for Japan’s world famous Garden Museum. Sadly, the major Tiffany and Art Nouveau collections were sold off in 2007 when faced with the overwhelming evidence that the ever-present earthquakes in the city would eventually destroy the beloved glass collection. (source)

The exquisite examples of Louis Comfort’s early 20th century work on offer express his fascination and appreciation of exotic and natural motifs, as well as unusual enamel work and color combinations including American gemstones such as tourmalines from Maine and sapphires from Montana.

Louis Comfort Tiffany (1848-1933) was the son of Charles Tiffany, founder of Tiffany and Co. Although best know for his “Tiffany Lamps” and “Tiffany Glass”, Louis Comfort Tiffany was a Renaissance man who turned his artistic talents to many mediums, including painting, furniture, textiles, pottery and book design.

In the late 1870s he became fascinated by the decorative possibilities of glass, taking inspiration from Gothic stained-glass windows, and inventing new methods resulting in iridescent finishes, lava glass, and his most important innovation, Favrile glass.

Then, as an interior designer, he created homes for such prominent figures as Mark Twain and President Chester Arthur.

It was not until the death of his father in 1902, however, that Louis Comfort began to manufacture his own jewellery designs. It is possible that he felt intimidated by the fact that Tiffany and Co. had defined American taste and style in jewellery for so many decades.

Highlights from the Louis Comfort Tiffany Property in the auction 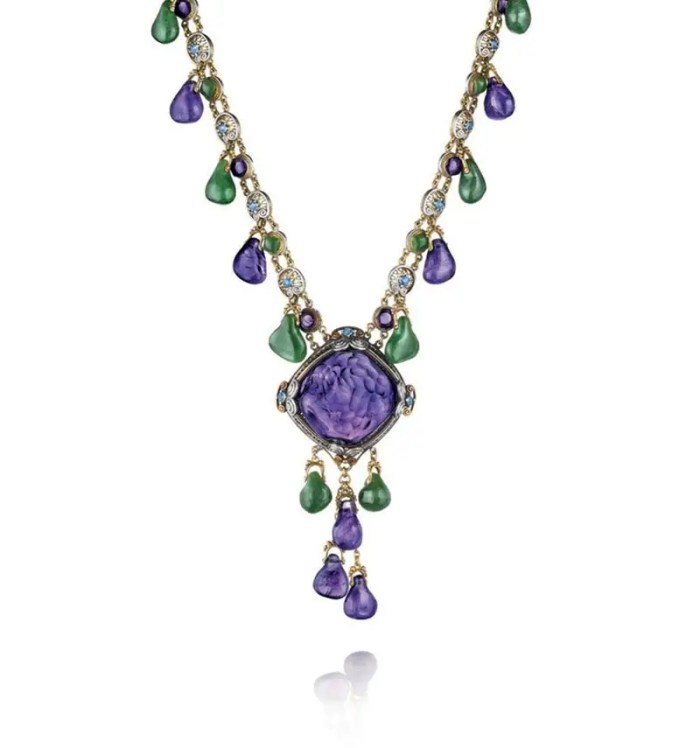 Close-up detail, front and back: 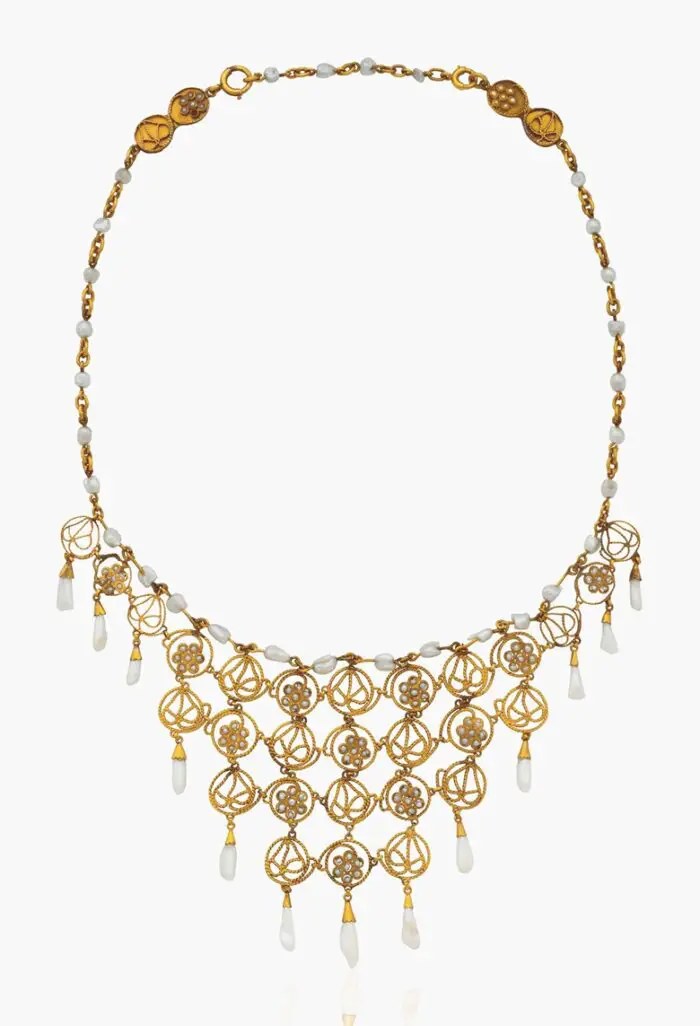 An impressive set of moonstone and sapphire jewellery by Louis Comfort Tiffany (estimate: $60,000-80,000) “Beauty is what nature has lavished upon us as a supreme gift.” – Louis Comfort Tiffany 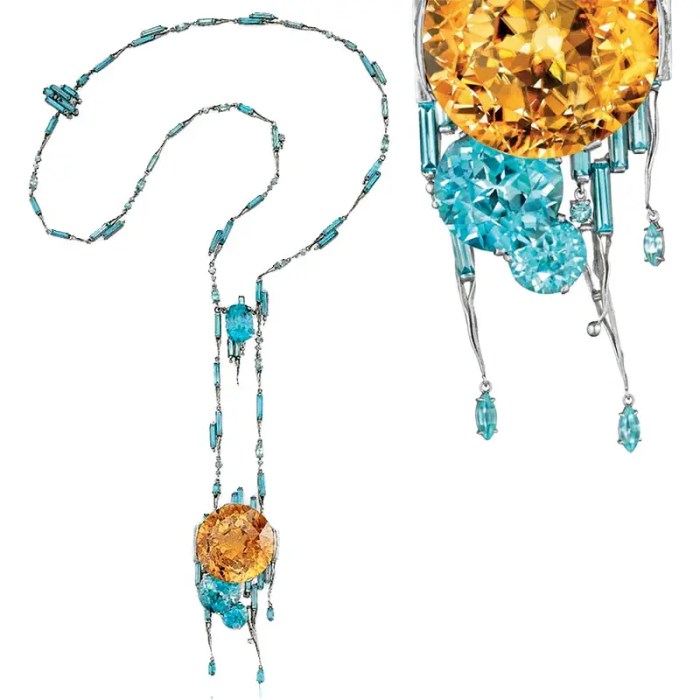 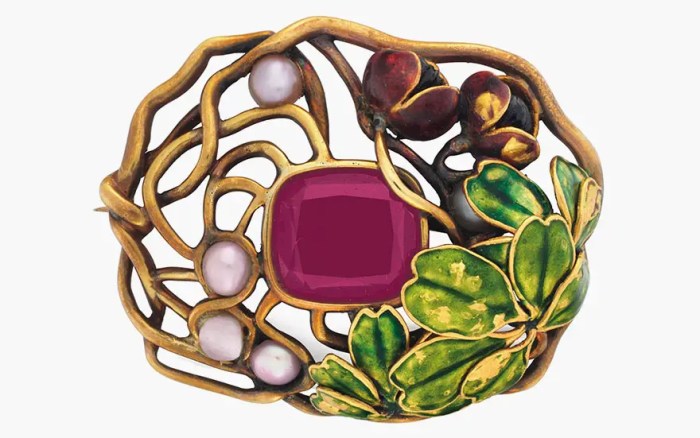 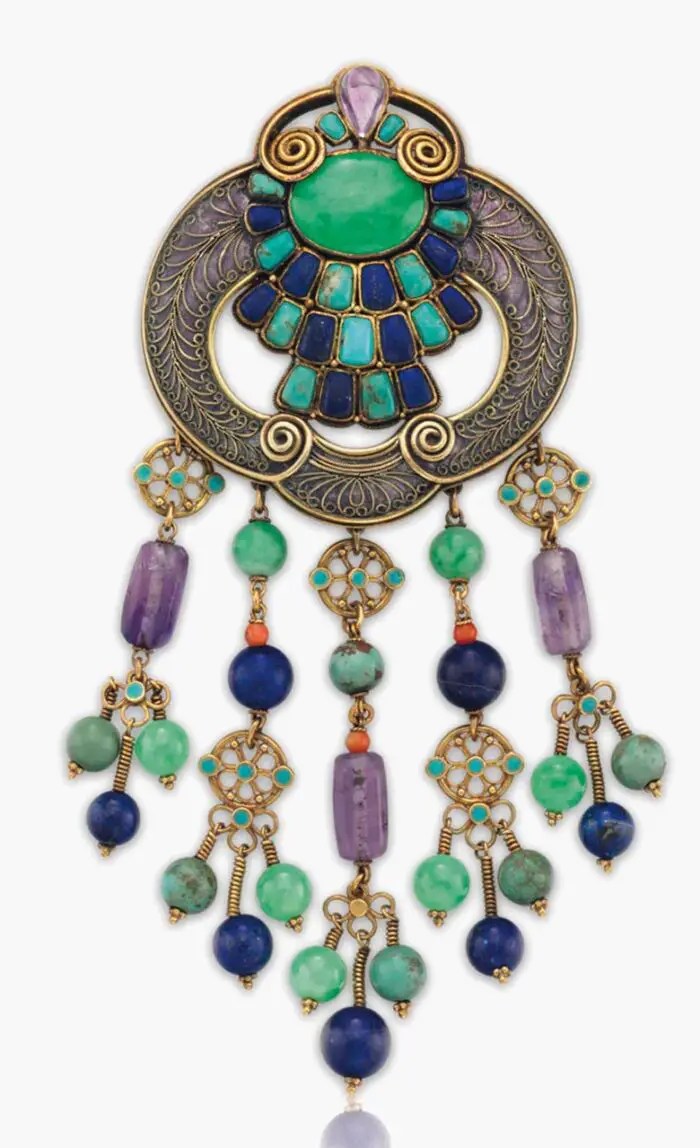 Also included in the auction is an impressive selection of exceptional fancy colored and colorless diamonds, offered in an expansive range of price points, along with significant signed period and modern jewels by Buccellati, Bulgari, Cartier, David Webb, Graff, Harry Winston, Tiffany & Co., Van Cleef & Arpels and more. The sale is further highlighted by two historically significant private collections by Cartier and Tiffany.

Books on the work of Louis C. Tiffany

images and information courtesy of Christie’s

Time Wrapped Around Your Finger. The Ring Clock Becomes A Reality!