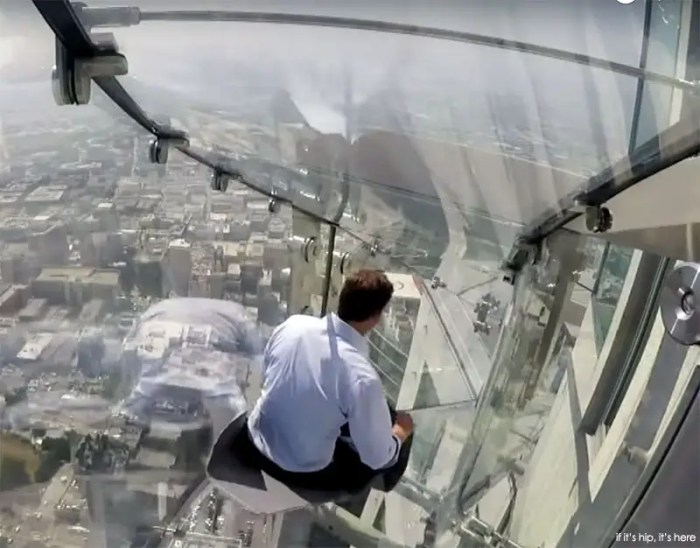 The Los Angeles SkySlide is the sort of thing you might expect to find in Japan as opposed to Downtown LA. The City of Angels’ tallest building (soon to be the second tallest) in downtown Los Angeles has opened the exterior glass slide as part of the OUE SkySpace LA, a four-level experience atop the US Bank Tower that also includes a panoramic, open-air observation deck.

UPDATE: Sadly Both the Observation Deck and The SkySlide closed permanently in October of 2020. OUE Skyspace LA touts itself as a family attraction in the US Bank Tower with two observation decks, 360-degree views of Los Angeles and both educational and interactive components. Below the observation decks is a Digital Interactive Level that will feature a variety of dynamic technology experiences. The 360-degree Digital Topography Wall of Los Angeles will have information on landmarks, neighborhoods, and other points of interest. 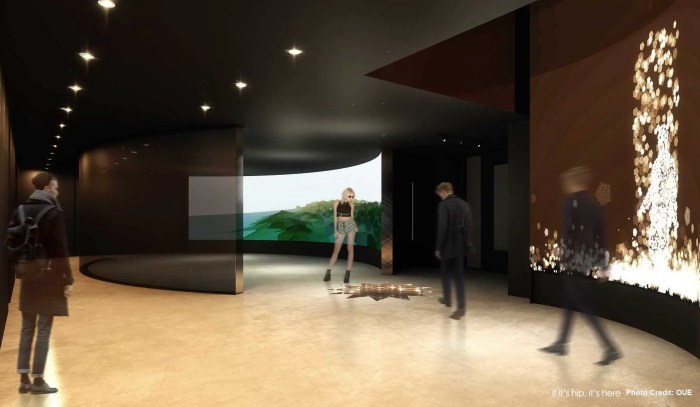 An Infinity Mirror that creates reflections upon reflections and a Silhouette Wall which uses pixels to create reflective images based on body movement were specifically designed for OUE Skyspace LA for a dynamic experience to be enjoyed again and again.

So, what’s the deal with the slide?
The new SkySlide is an attraction for thrill-seekers that doubles as a good marketing tool for SkySpace. 1,000 feet above downtown Los Angeles and mounted on the exterior of the high rise, the slide is a quick exhilarating trip from the 70th to 69th floors. The glass enclosed slide is 45 feet long, approximately 4 feet wide and made entirely with 1-1/4 inches thick glass. It claims to provide an epic 360˚ view of Los Angeles – but that assumes you can look up from gripping the blanket upon which you sit in the few seconds. 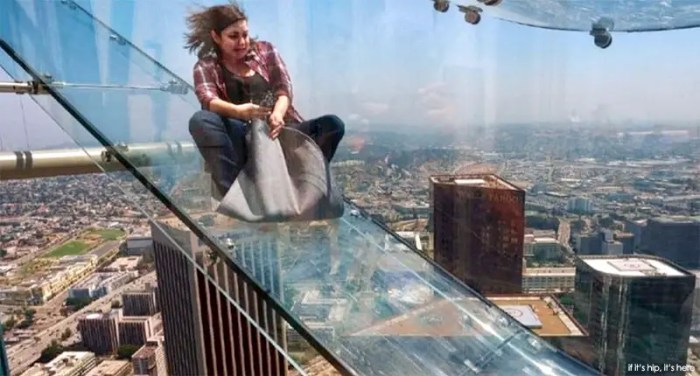 The slide deposits you atop the building’s observation deck. 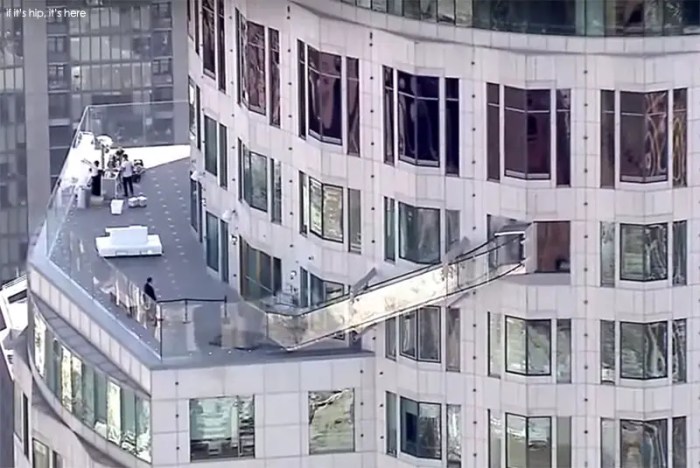 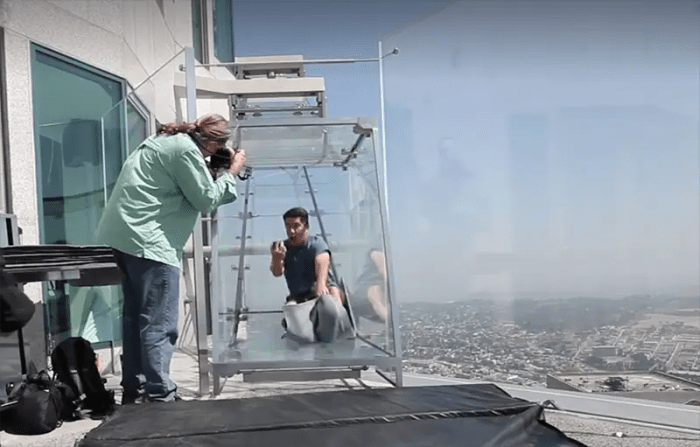 Its Grand Opening on June 25th was preceded by a special opening for newsmen and journalists, most of whom said the ride was “utterly terrifying.” 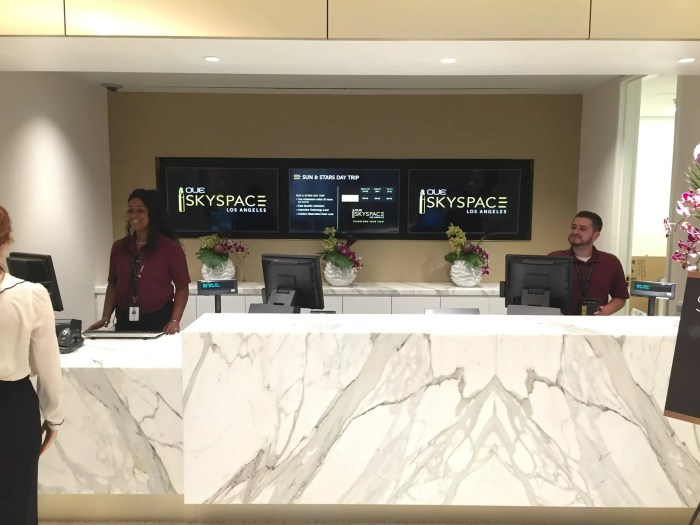 You will find that many reported the cost of riding the SkySlide at $25. Not actually true. That’s the price of entry to SkySpace LA. To ride the slide you must purchase The SkySlide Combo which starts at $27 for Children (ages 5-12), $33 for Adults (ages 13-64) and $30 for Seniors (ages 65 and over). Group Tickets and Annual Passes are also available.

Watch as this AP reporter braves the ride on the SkySlide the day of its opening:

OUE SkySpace LA and its Observation deck has permanently closed. How The World’s Best Selling Valentine’s Day Candy, Conversation Hearts, Are Made.