` The Loewe X Spirited Away Collection - If It's Hip, It's Here
Skip to content Art and fashion harmonize once again in the second collaboration from the Loewe brand and Japan’s Studio Ghibli. Having launched their Totoro-inspired capsule collection exactly a year ago, now they’ve done it again, only this time the collection features the beloved characters from the studio’s Oscar-winning 2001 animated film Spirited Away. Spirited Away, written and directed by Hayao Miyazaki, won the Academy Award for Best Animated Feature at the 75th Academy Awards. It was the first, and to date, only hand-drawn and non-English-language animated film to win the coveted award. 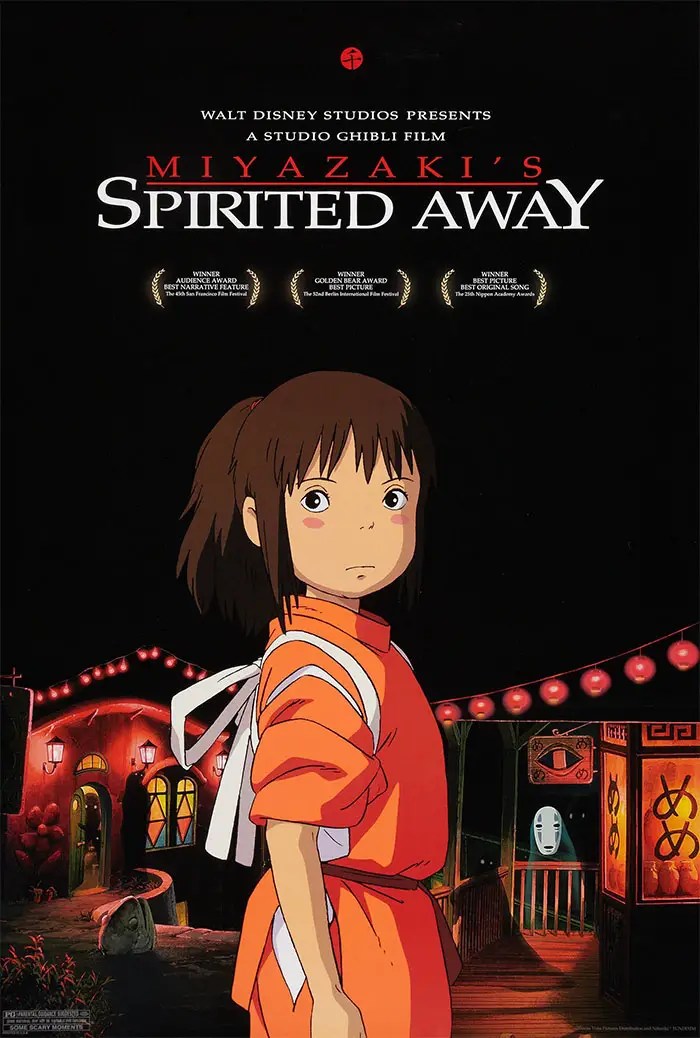 With collections for both men and women, Spirited Away’s iconic motifs take on tactile forms, handcrafted by LOEWE artisans using signature techniques including intarsia and embroidery. 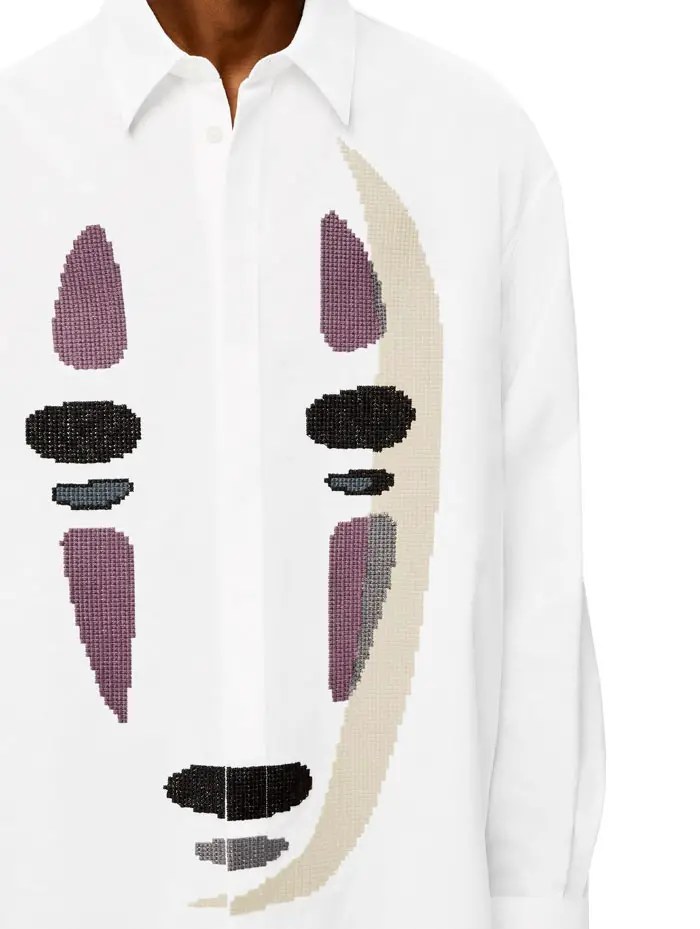 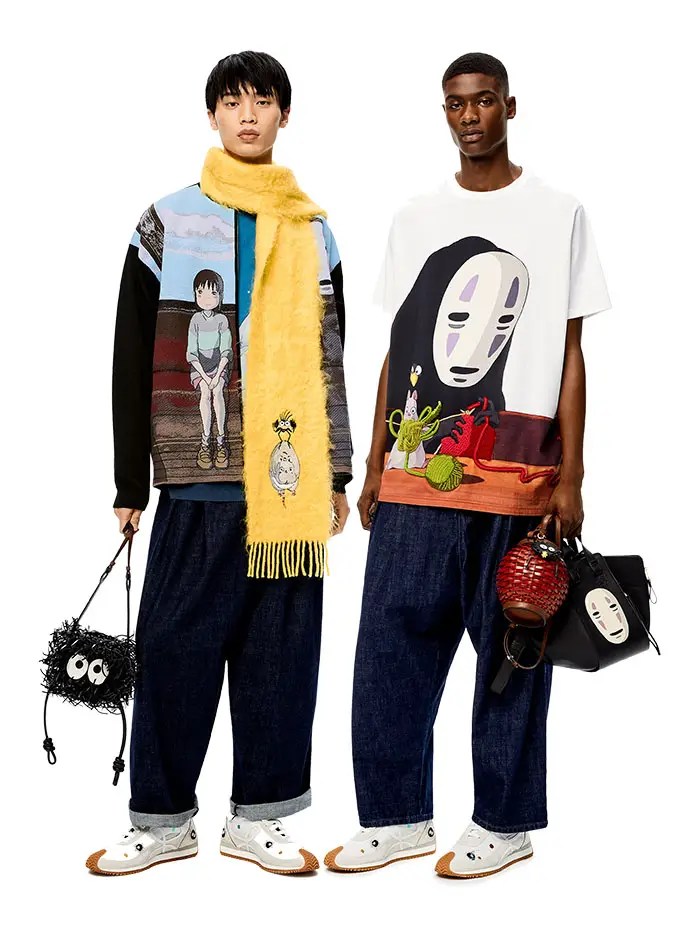 In addition to the beautifully crafted apparel, small leather goods and other accessories such as hats, shoes and knit blankets are included in the collection. 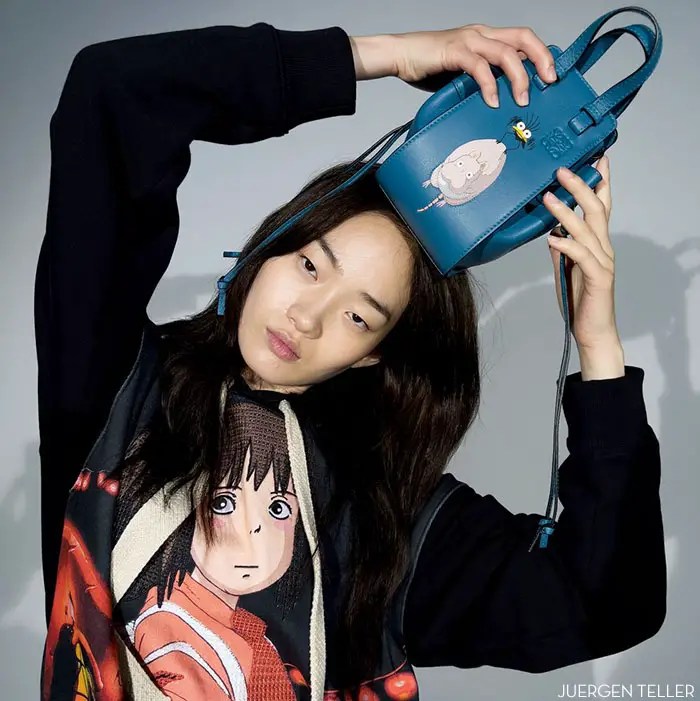 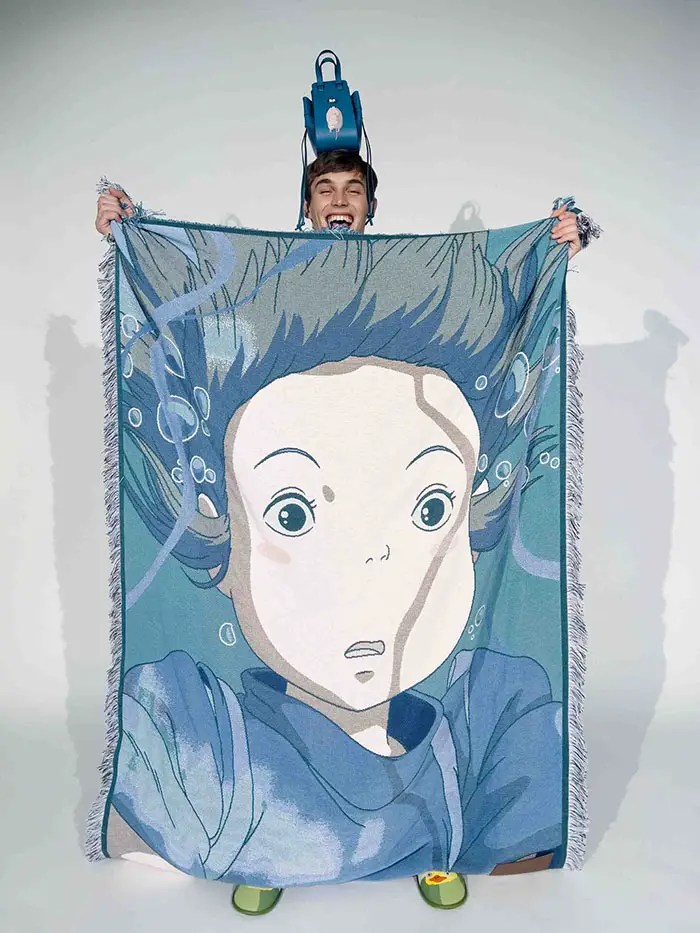 Fans of the movie will recognize such characters as Koanashi, Chihiro, Haku, Susuwatari and more on the numerous leather crafted handbags and totes. 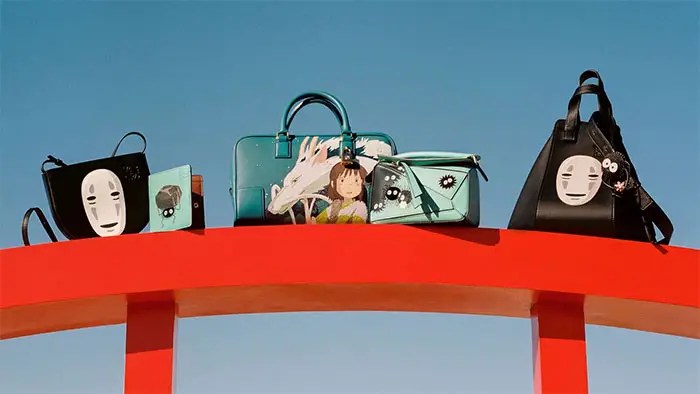 Even the package design for the goods utilizes the art from the animated film. This fabulous Loewe X Spirited Away 3D billboard in the Chengu Mall was created for the launch of the collab:

all images courtesy of Loewe

Dadbag Fanny Pack Let’s You Strap On A Beer Belly

Evian and Virgil Abloh Put A Rainbow Inside Soma Bottles