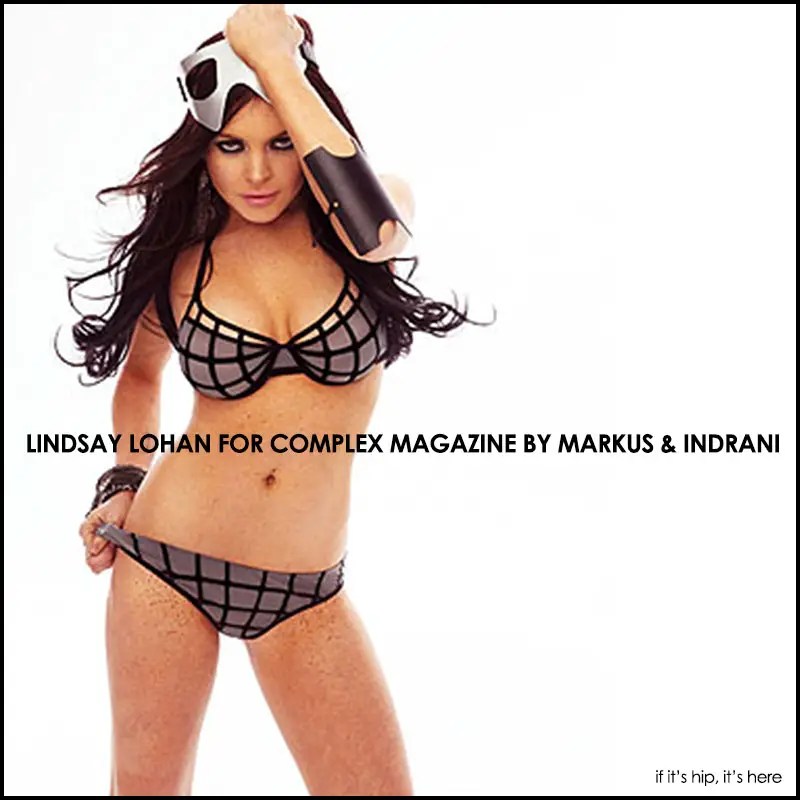 Lindsay Lohan, recently jailbait, now a jailbird, will be getting lots of press attention today. Not only does she begin her incarceration in a Los Angeles jail, but will be featured on Bravo’s Double Exposure, the tv series featuring famed fighting photographers, duo Markus Klinko and Indrani.

According to Stylelist, Markus and Indrani are not at all pleased with COMPLEX magazine’s editorial having added the KAWS artwork and feel that the context in which Lindsay appears with the illustrations is disrespectful.

The magazine, for which Lindsay did not comply with being interviewed, will hit stands in August.

Here are some of the photos from the shoot: 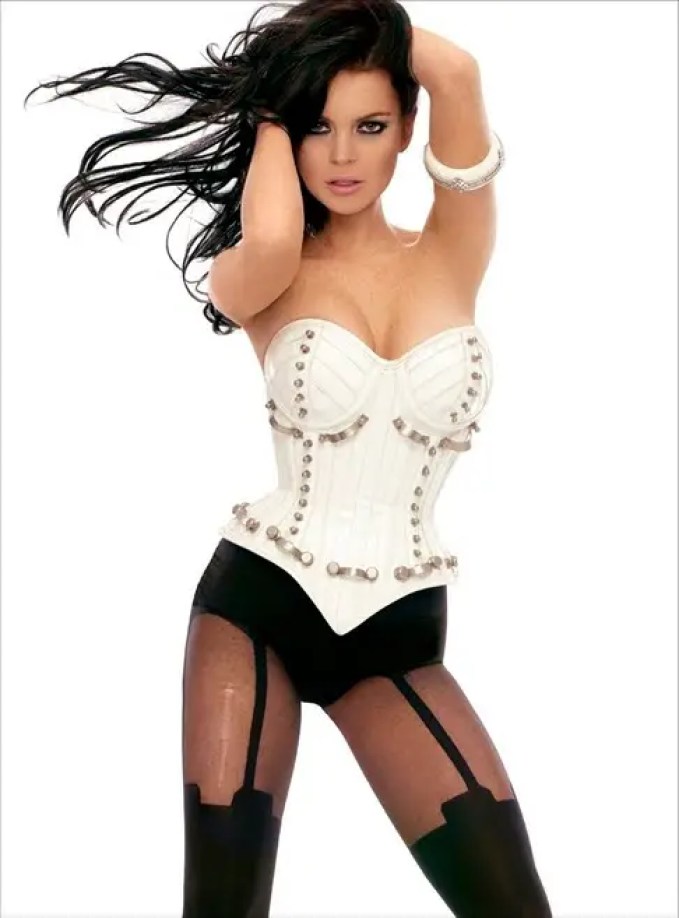 And as they appear in COMPLEX magazine’s editorial and on their cover, styled by GK Reid, and art by graffiti artist and vinyl toy designer, KAWS, Complex,: 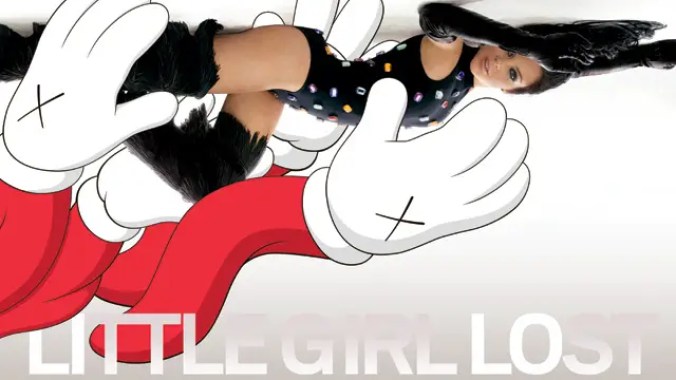 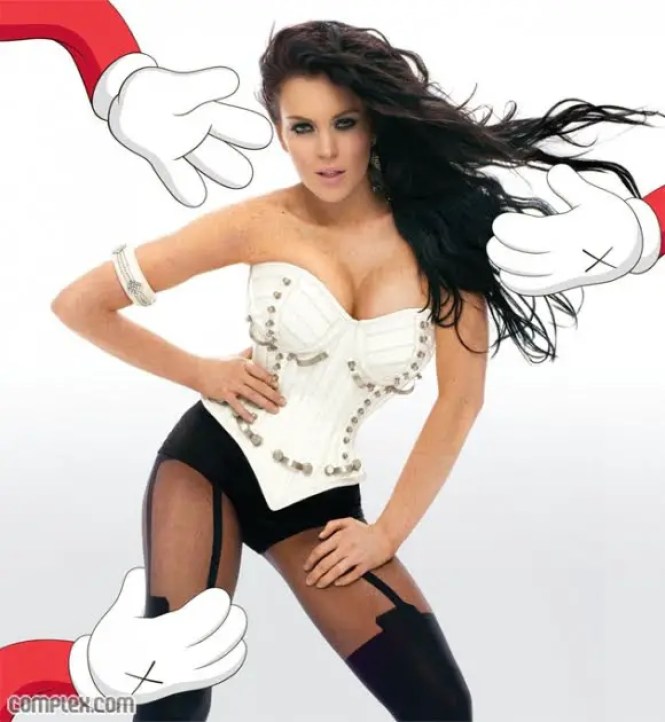 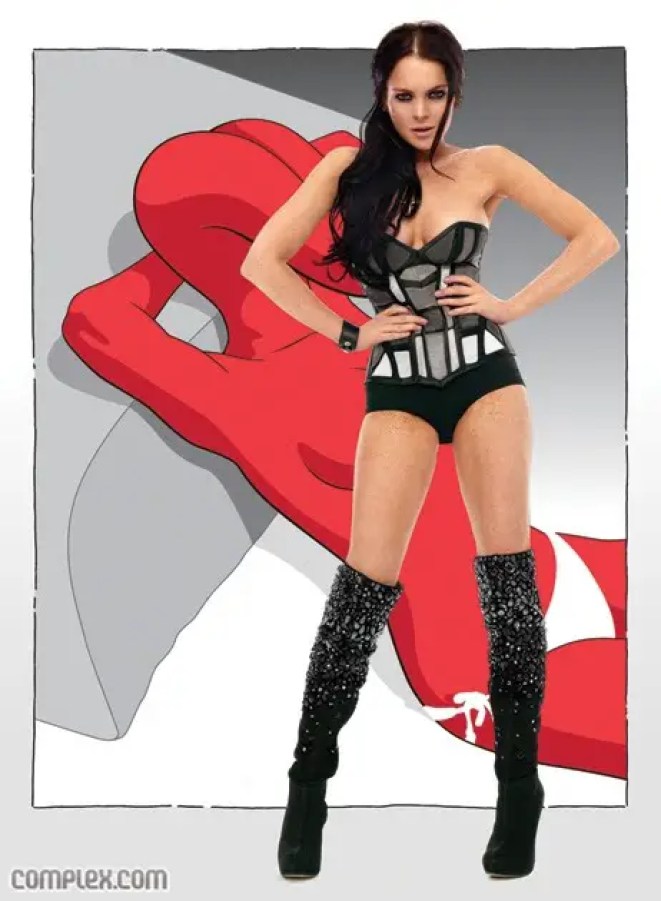 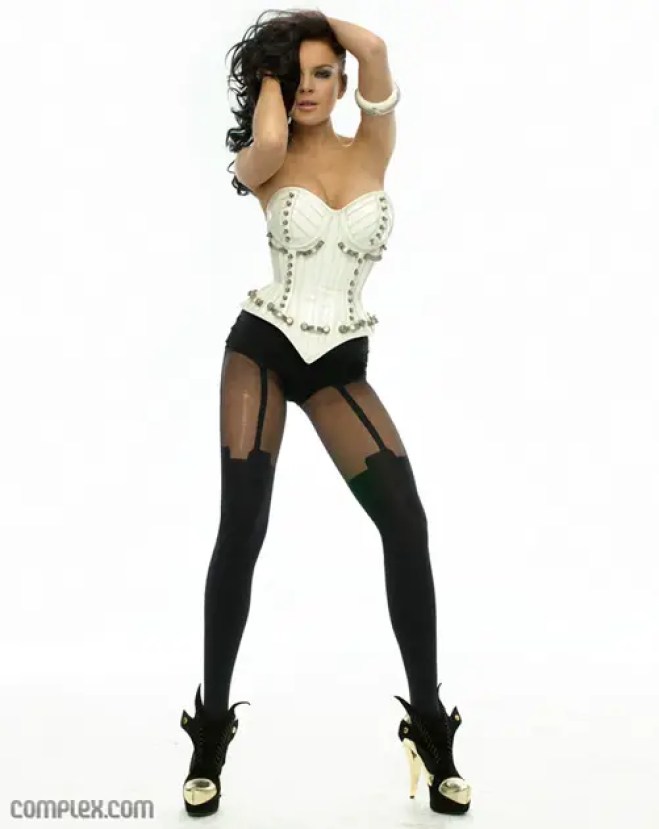 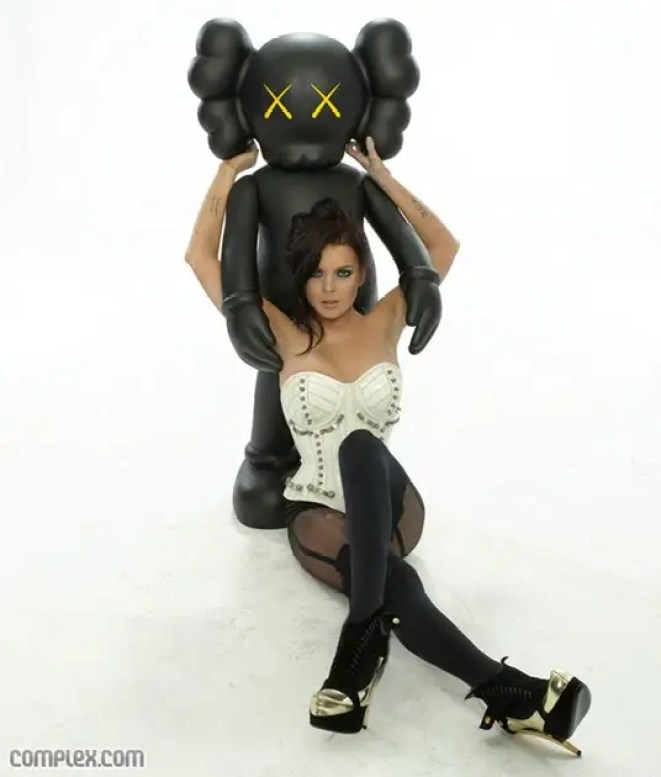