` Limited Edition Porcelain Mitsouko Bottle for Guerlain - If It's Hip, It's Here
Skip to content Blending their history with craft, the House of Guerlain worked with the Arita Porcelain lab to create a limited edition bottle for their Mitsuoko perfume, which they have been making since 1919. 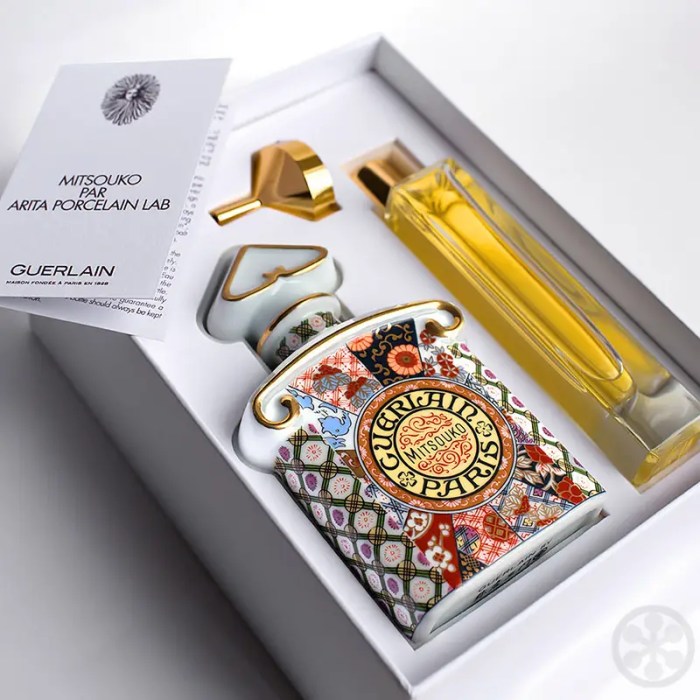 Tradition and renewal come together to celebrate Mitsouko, the mythic perfume whose name means “mystery” in Japanese. Composed in 1919 by Jacques Guerlain, Mitsouko is known as “a masterpiece of balance”. The fragrance has remained as exceptional as ever over the years, emblematic of the timeless appeal that characterizes the chypre fragrance family. World-renowned for its delicately ornate pieces, Arita is celebrating 400 years of ceramic creation this year by combining its savoir-faire with that of Maison Guerlain. To mark this anniversary, the Arita Porcelain Lab has designed a limited edition of the iconic Mitsouko bottle, crafted entirely by hand using traditional techniques that have been passed down over generations. 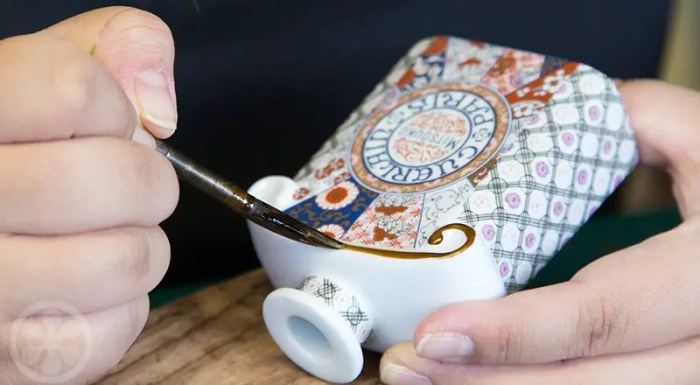 A flagship of Japan’s ceramic industry, the Arita workshop has decorated the Mitsouko bottle with auspicious symbols. They include the rising sun – traditionally equated with “clear skies” and good fortune – the paulownia to represent elegance, a plum tree, symbolizing life, the peony to ward off negative energy, and the chrysanthemum, representing longevity.

According to Arita Porcelain Lab, the design of the bottle combines Japan’s Rising Sun Flag with traditional symbols of good fortune. The Rising Sun Flag is both currently and historically linked to the naval defense of Japan. As such, the bottle design reflects the history of the perfume Mitsouko, whose name was borrowed from the heroine in Claude Farrère’s novel “La Bataille” about the love affair between a British naval officer and the wife of a Japanese admiral during the Russo-Japanese War. 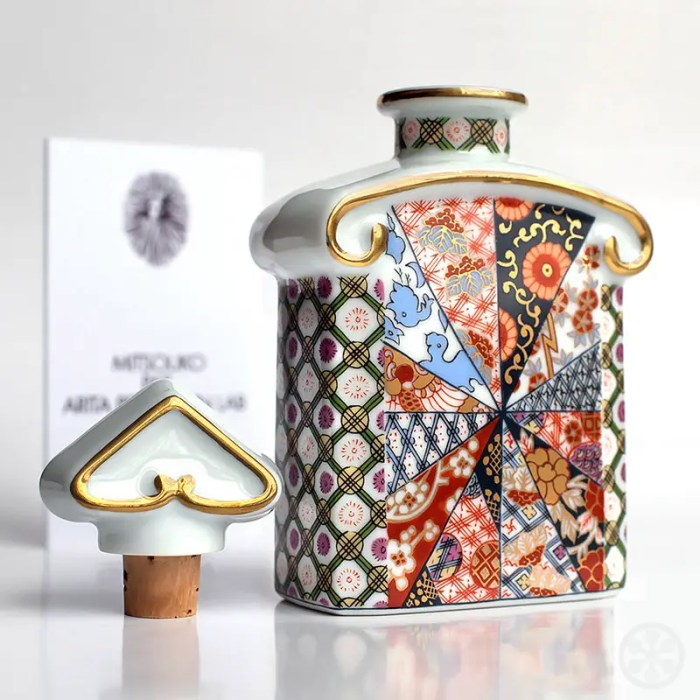 This collaboration between the perfumer and porcelain artisan is featured in an exhibition at the Guerlain boutique on the Champs Élysées, showcasing both the Mitsouko bottle and emblematic pieces from the Japanese porcelain workshop. 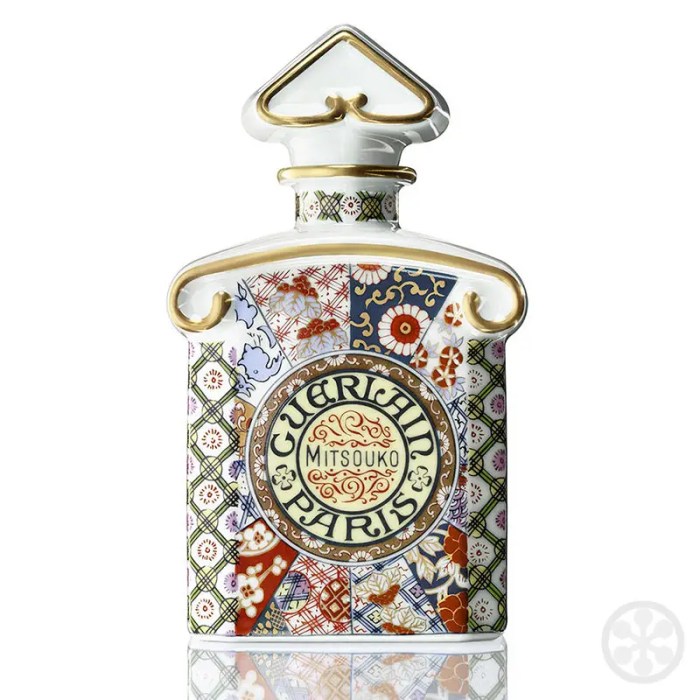 photos and info courtesy of ©Guerlain and ©LVMH

If you appreciate beautifully bottled scents, you’ll love our Pinterst board of Fragrances In Beautiful Bottles.

Alas, My Knight In Shining Porcelain. Eleven Of Them.