` Kiehls' Derek Zoolander Center For People Who Don't Age Good - If It's Hip, It's Here
Skip to content 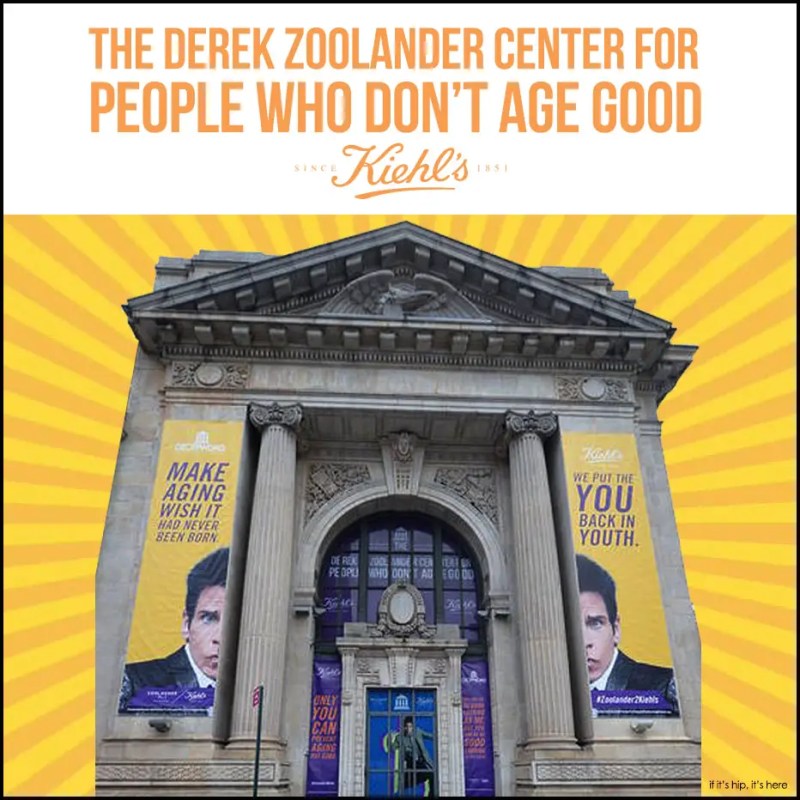 Kiehls’ Derek Zoolander Center For People Who Don’t Age Good has opened to promote the release of Zoolander No.2 (which opens today). The skin care brand has also launched specially packaged products and a ridiculously good looking website. Anyone who has seen the first 2001 movie Zoolander starring Ben Stiller and Owen Wilson is familiar with the ‘Blue Steel’ visage and the importance of being ridiculously good-looking – which makes Kiehl’s the perfect marketing partner for the launch of the sequel. The Derek Zoolander Center for People Who Don’t Age Good On Tuesday, Kiehl’s Since 1851 officially unveiled The Derek Zoolander Center for People Who Don’t Age Good (DZCFPWDAG), a state-of-the-art, anti-aging center in the heart of New York City. A nod to the main character’s Center For Kids Who Don’t Read Good from the first movie, the Center, located at 77 8th Ave. in New York, is an over-the-top spectacle. above: The Center is a play on Zoolander’s Center For Kids Who Can’t Read Good from the 2001 Paramount Movie People gathered on the sidewalks to watch as the center’s boyish, lead scientist took the podium to declare how ridiculously excited he was to discover youth, and the entire presentation culminated with a chorus of celebratory confetti canons. 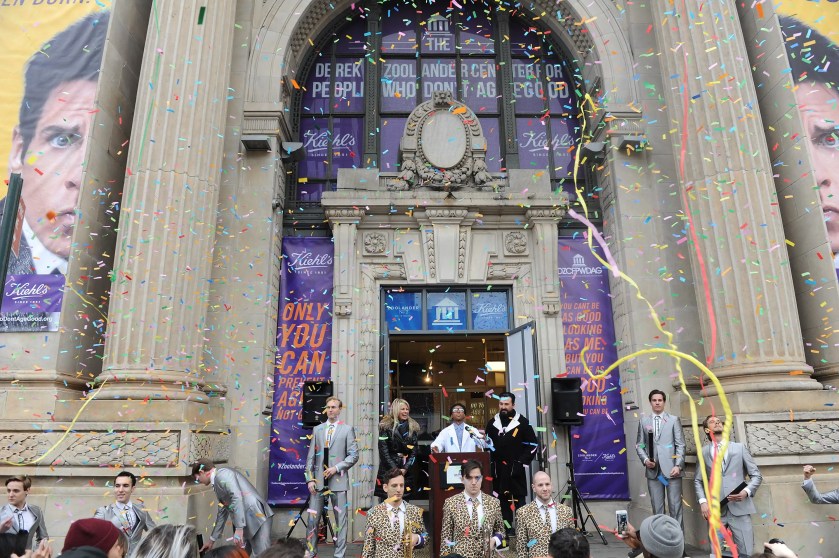 Following the spectacle, guests ascended the leopard-print carpet and entered the center, where they were invited to experience the 6.5 step youthification program, which works to combat the signs of aging. The Center will be open to the public through Saturday, February 13th. The accompanying website, which features the special Kiehl’s products made for the launch, is filled with fun quotes, a live web cam of the Center, animation, interactivity and consumer uploaded pics tagged #BLUEKIEHL

The live web cam gives website visitors a peek into the Center: ABOUT KIEHL’S SINCE 1851
Kiehl’s was founded as an old-world apothecary in New York’s East Village neighborhood. Its unique, extensive background represents a blend of cosmetic, pharmaceutical, herbal, and medicinal knowledge developed and advanced through the generations. Today, Kiehl’s Since 1851 is in over 50 countries worldwide and remains committed Kiehl’s to serving each local community uniquely efficacious skin and hair formulations made with the finest natural ingredients in the apothecary tradition. In addition to Kiehl’s freestanding stores nationwide, Kiehl’s products are available at www.Kiehls.com, by mail order at 1-800-KIEHLS-1 as well as through select specialty retailers worldwide.

The Surreal Sci-Fi Art of Simon Stålenhag Coming To The Big Screen.