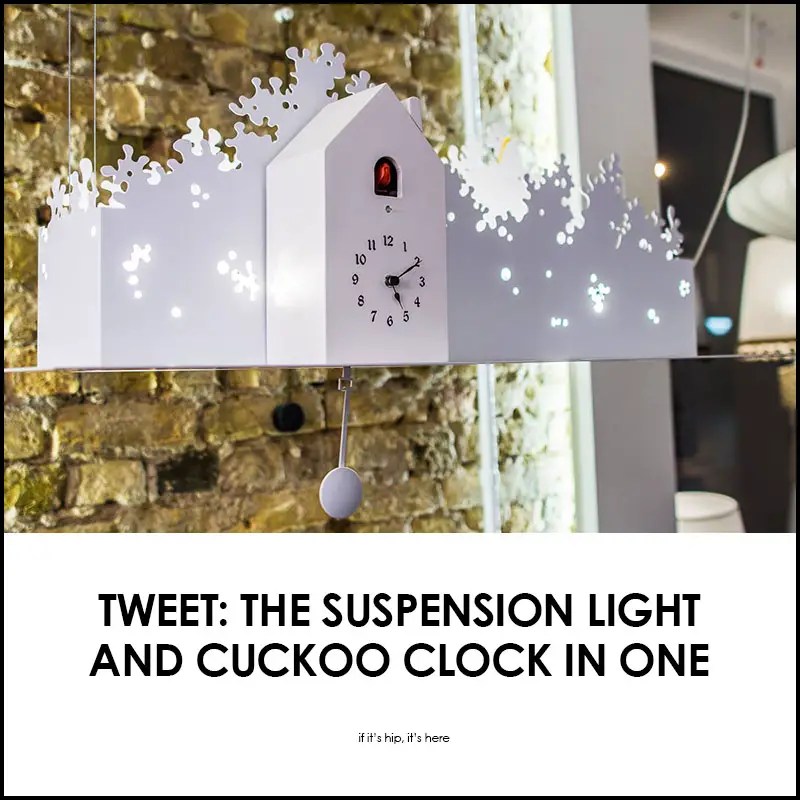 When you’re looking for a suspension lamp that will not only provide light, but provide whimsy, Karman Italia’s ‘Tweet’ light is just the thing. Tweet is an unique, whimsical laser cut powder-coated metal suspension light with built in cuckoo clock that provides a shelf for display or use. Perfect over a dining room or kitchen table, in either a commercial or residential space, the Karman Italia Tweet Light incorporates a functioning cuckoo clock and display shelf, making the product do triple duty. 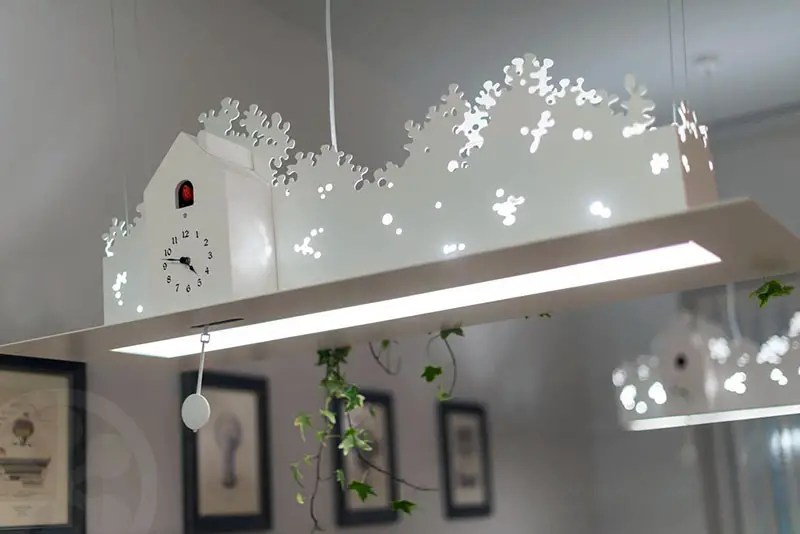 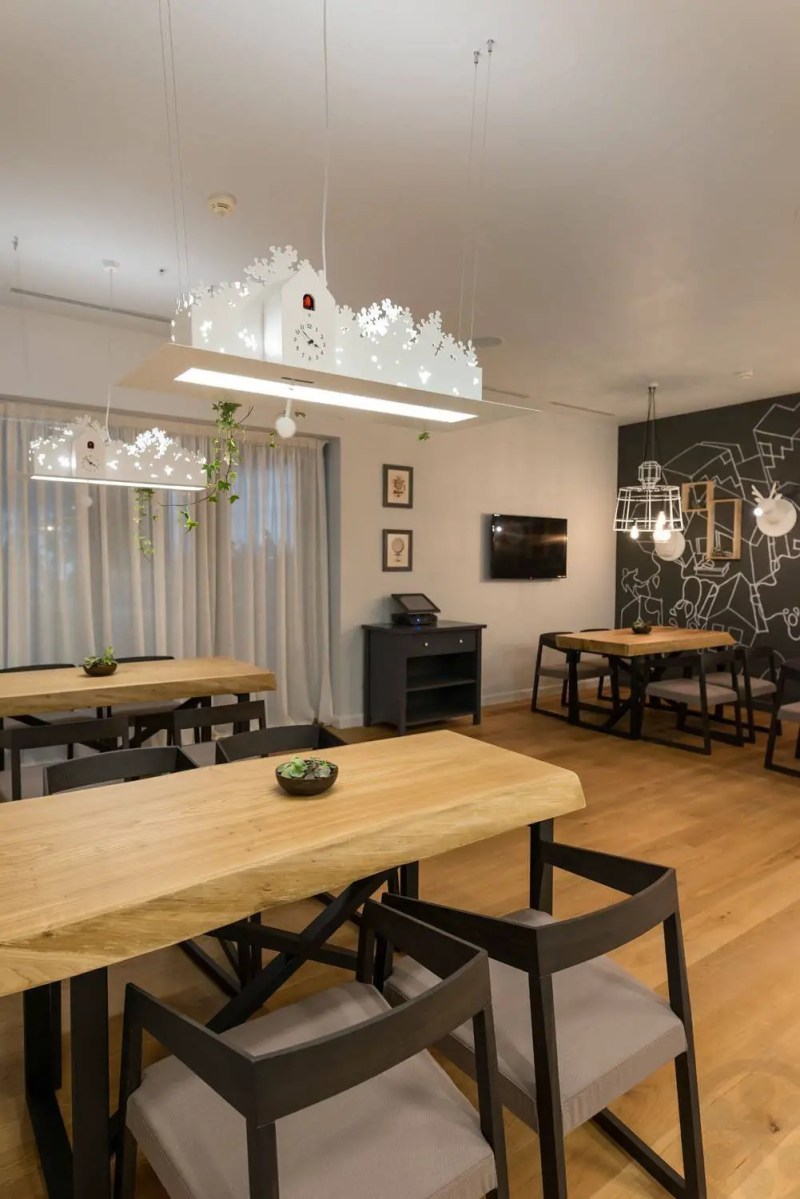 As far as the actual illumination, the light is multi-directional. From underneath, it provides diffused lighting, the decorative cut-outs throughout the design allow glints of light to come through and a soft glow emanates from above. The Cuckoo clock is available in white or green. 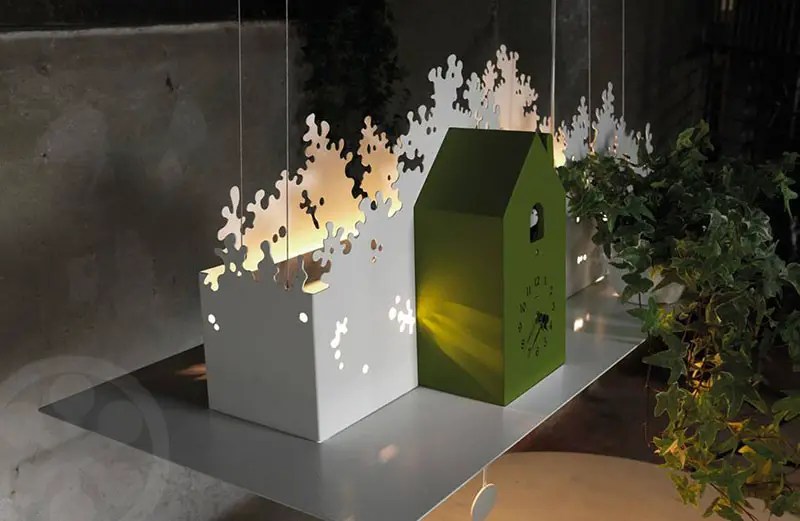 Designed for indoor lighting, it can also be used in a sheltered outdoor space. 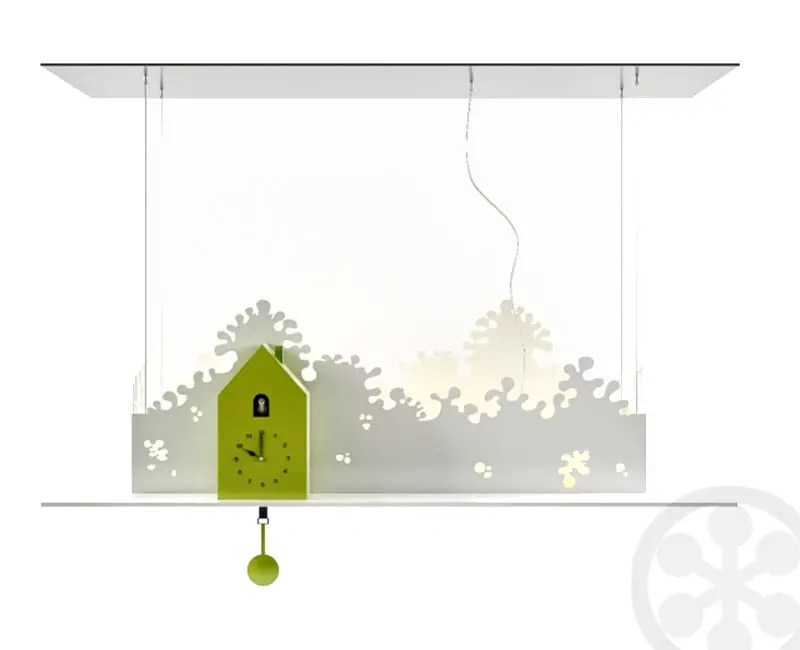 The concept as described by Karman Italia:

Concept: Game, Irony, Memories, Nature: all those elements and further more is represented by Tweet, designed by Matteo Ugolini.

A suspended shelf, including a whole world of personal belongings which lead us anywhere and inspires imagination! A cuckoo-clock, equipped with the lamp reminds of the time of our imagination and opens the doors of an enchanted (metal) bush, through a ragged edge where you can see sparkling lights and create a contemporary atmosphere.

Tweet is more than a suspended lamp: it’s a concept for interior furnishing that leaves space to a surface that the user can interpret however he prefers: in facts the part of free shelf can be used with individual taste and need.
A versatile object for lighting: perfectly reflects a certain flair of Karman style. 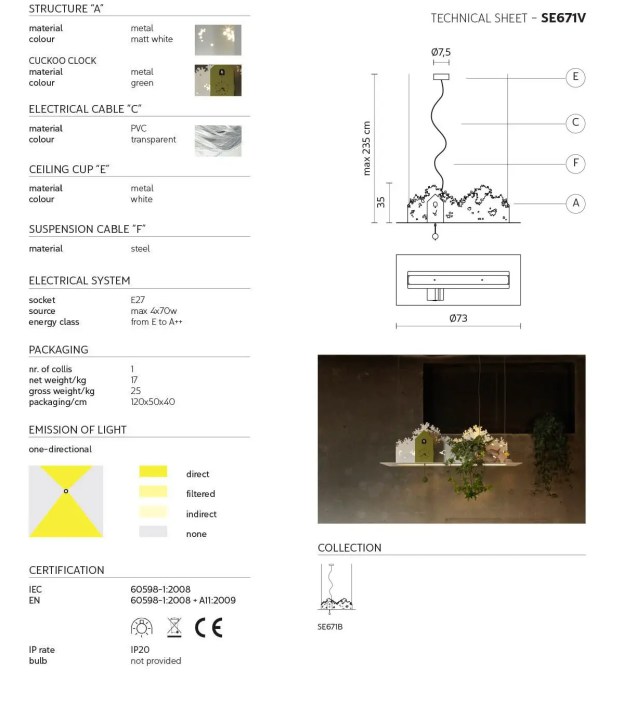 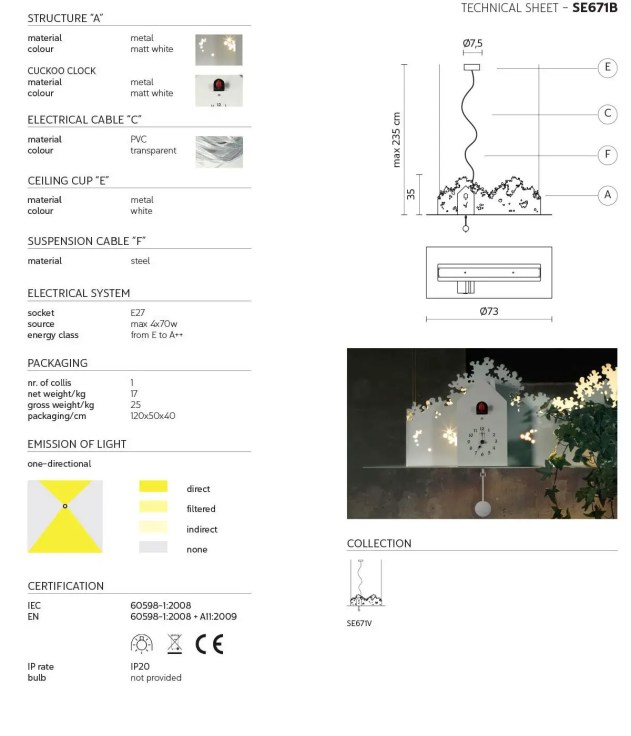 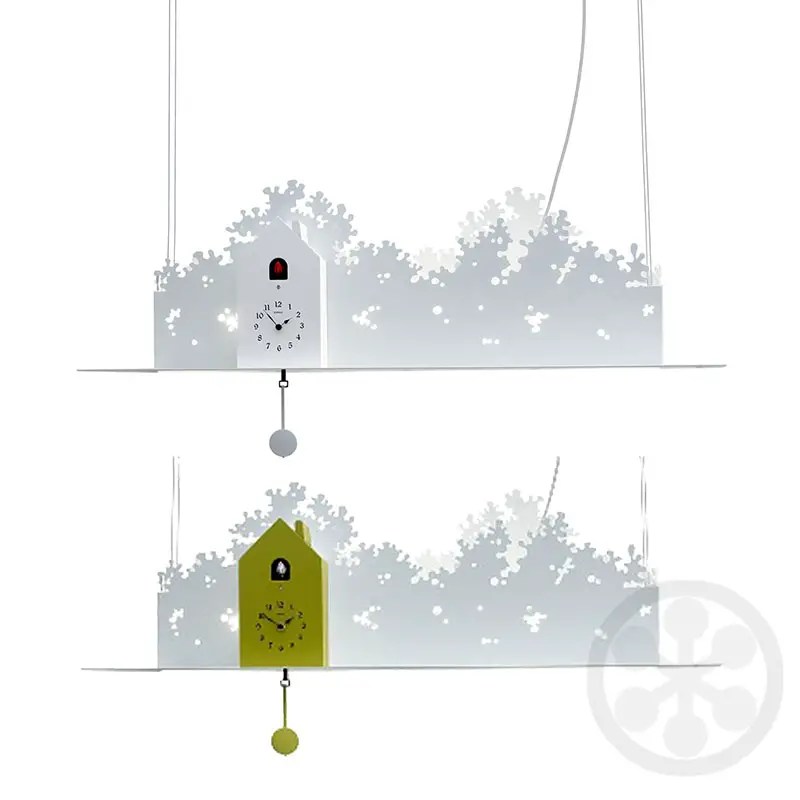 Search for a Karman distributor here