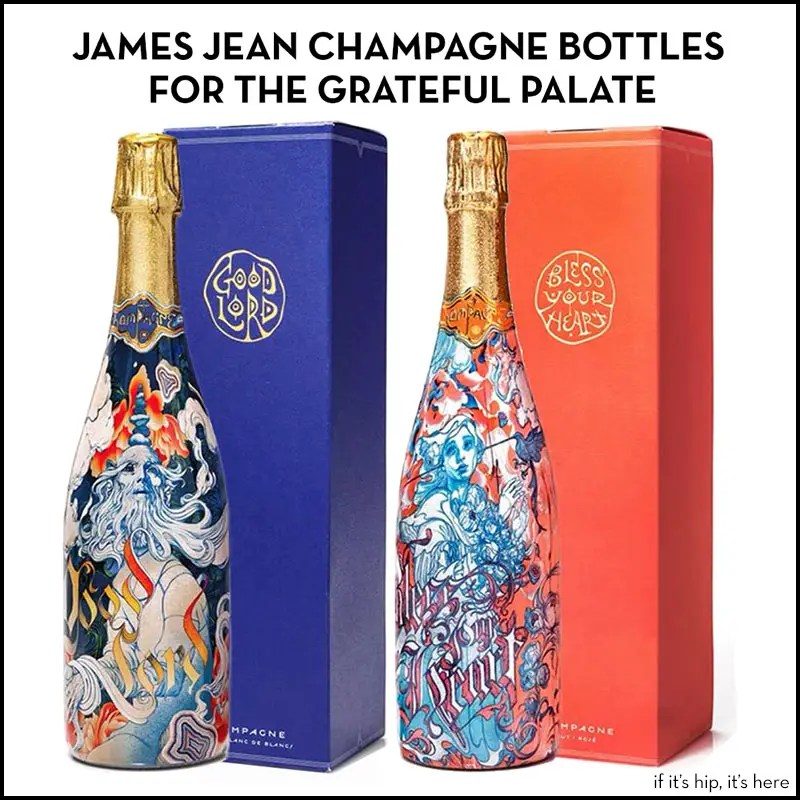 Quite possibly some of the prettiest label and bottle designs are those of The Grateful Palate’s. Their recent Champagnes, NV Good Lord Blanc de Blancs and NV Bless Your Heart Rosé, are created with original artwork, label and box designs by James Jean. And they may just be the prettiest bottles of Champagne we’ve seen in awhile. 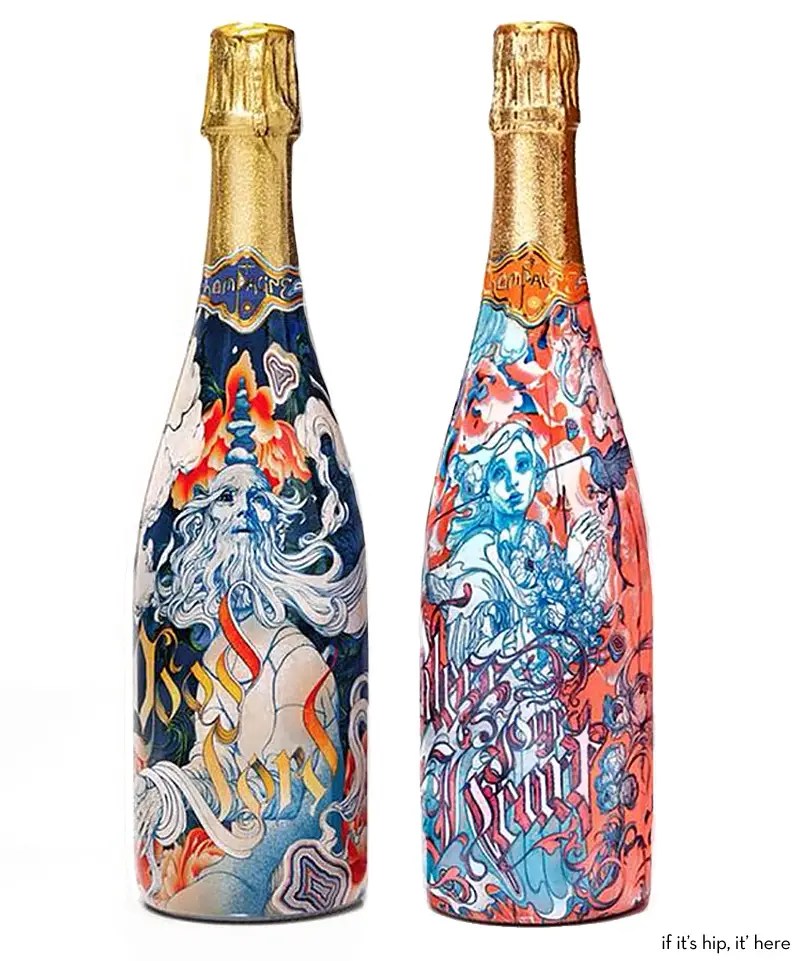 As huge fans of Bottle Design and Packaging for alcohol, we were thrilled to learn of Dan Philips’ Grateful Palate, a wine producer and international distributor based in Los Angeles and Barcelona. Primarily working with old vine Grenache, Syrah, Mourvedre, and Malvasia and bubbly wine from Catalonia and Champagne, they aim to create innovative labels for the cutting edge of wine and design. The wines are distributed world wide with the winemaking directed by Oriol Illa.

The Taiwanese American artist designed the capsule, neck label, box, cork and muselet for the limited edition champagnes.  Sissy Van Winkle, who educated Dan in the subtleties of Southern vernacular, unwittingly came up with the names of the two Champagnes: Good Lord and Bless Your Heart. She also articulated James’ work for the bottles.

“Everything needed to be designed and everything needed to tie together like a puzzle. James wanted to create an all over, full sleeve design for the bottle and that was a challenge, in part because when the sleeve shrinks, the artwork changes. See video below. James and I engaged his friend, designer Will Staehle in Seattle to realize the artwork and design the box, neck label and capsule. JJ Bertram, a gifted designer in Barcelona provided further design and guided the production to completion.” – Dan Philips 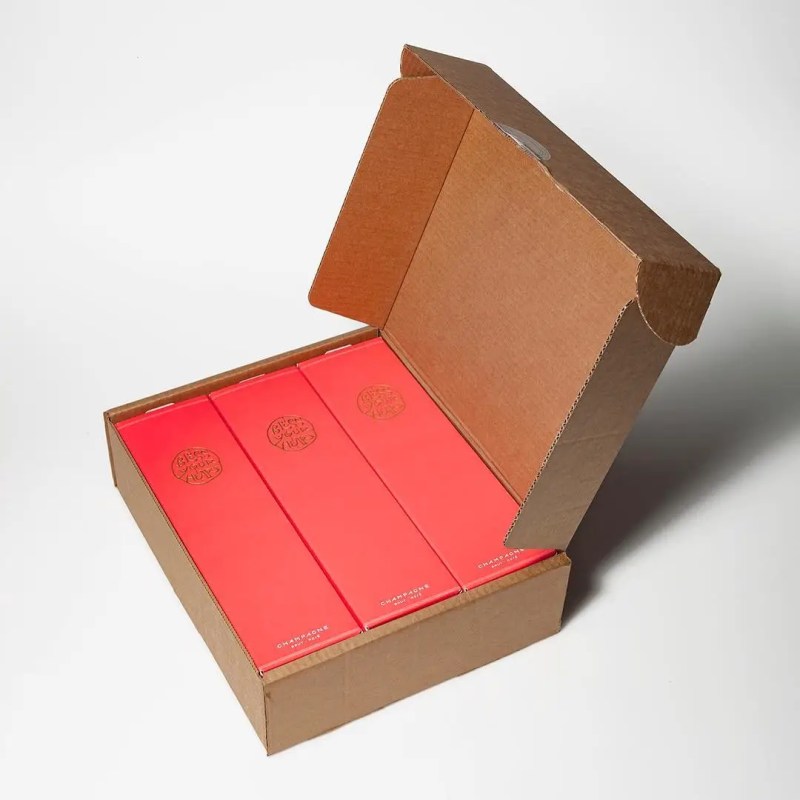 The neck labels have a beautifully Gaudi-like treatment 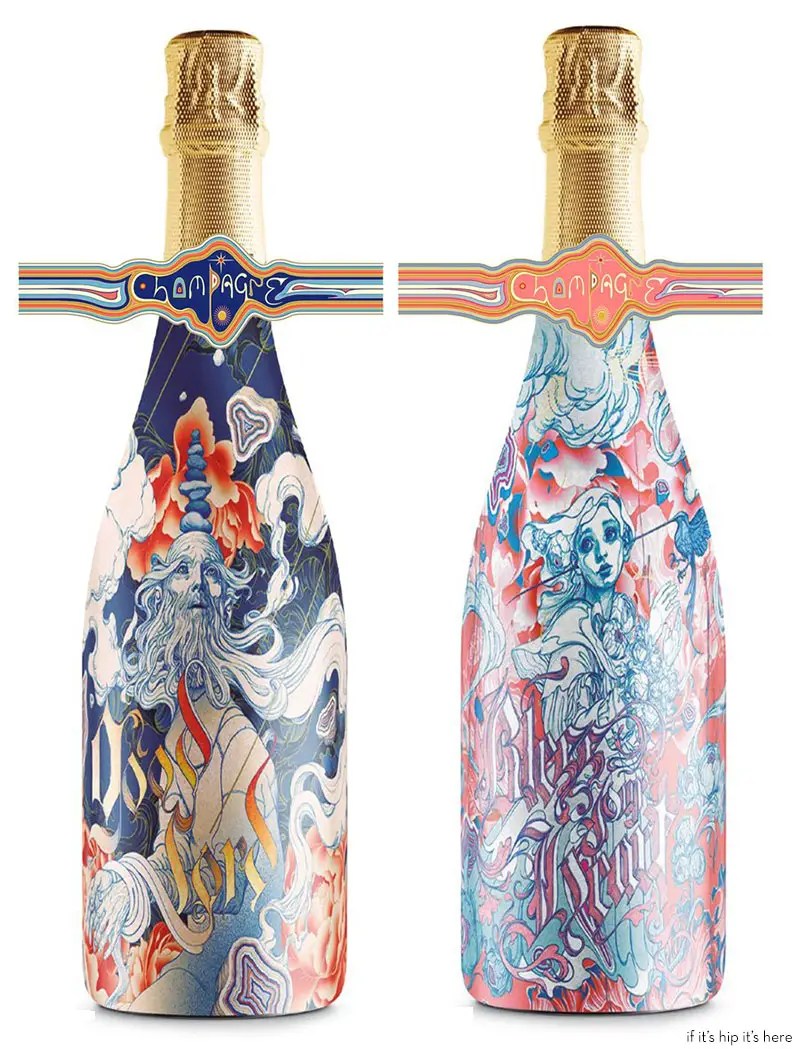 NV Good Lord Blanc de Blancs (100% barrel fermented Chardonnay) and NV Bless Your Heart Rosé (100% Pinot Noir) are each limited to 400 signed and numbered bottles. Very desirable and rare, of the bottles which went on sale September 27th, only the Good Lord Champagne is still available at $150 a bottle.

Good Lord and Bless Your Heart complete the Southern Gothic Wine Collection (whose labels were also designed by Jean): About the artist:
James Jean is a Taiwanese American visual artist, known for both his commercial work and fine art gallery work. He is known in the American comics industry as a cover artist for various books published by DC Comics, as well as for his work for Prada, ESPN and Atlantic Records. His work, which has been collected in numerous volumes, has been compared by The New York Times to that of Maxfield Parrish.

Jean was born in Taiwan and was raised in Parsippany-Troy Hills, New Jersey.He was educated at the School of Visual Arts in New York City, from which he graduated in 2001.

Starting in 2011, Jean underwent a lengthy divorce process that bankrupted him and forced him to move to Asia in 2013, where he is currently based.

In 2001, Jean became a cover artist for DC Comics, garnering seven Eisner awards, three consecutive Harvey awards, two gold medals and a silver from the Society of Illustrators of Los Angeles, and a gold medal from the Society of Illustrators of New York. He also worked in advertising,and has contributed to many national and international publications.

In 2008, Jean retired from illustration and commercial projects in order to focus on painting.
See his stunning work here. Dissections by Angela Christine Smith Combine Photography, Ink and A Sense of Self.

Recipes for Good Luck Illustrates Quirky Rituals of the Famous