Jaguar and London Design Museum revealed a unique aluminum word cloud sculpture constructed from 95 words in seven languages in the shape of the new Jaguar XE sports saloon last Fall. The piece was installed in the Design Museum’s ‘Tank’ in September 2014 to mark the global launch of the new Jaguar XE in London. Now the piece is touring and will be showcased at this year’s Salon del Mobile in Milan. 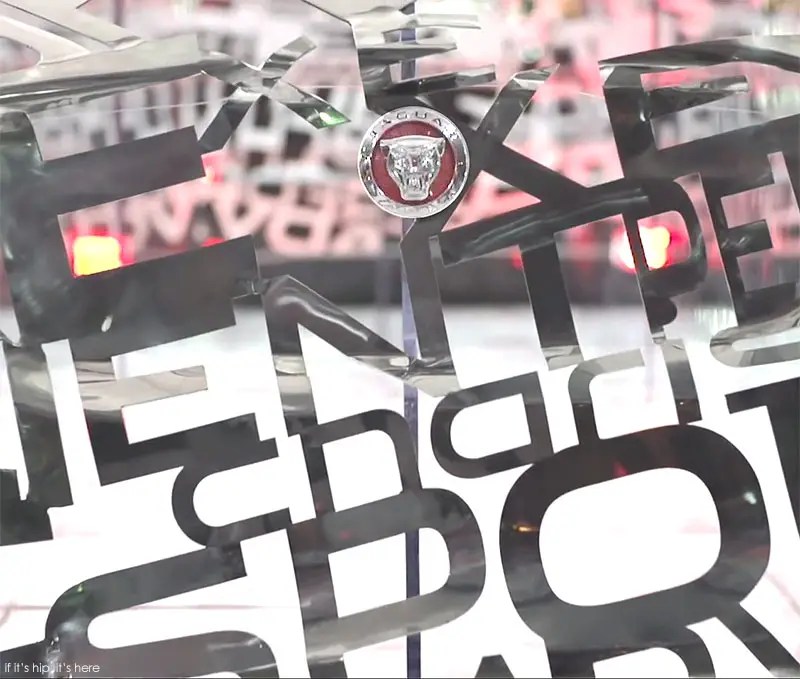 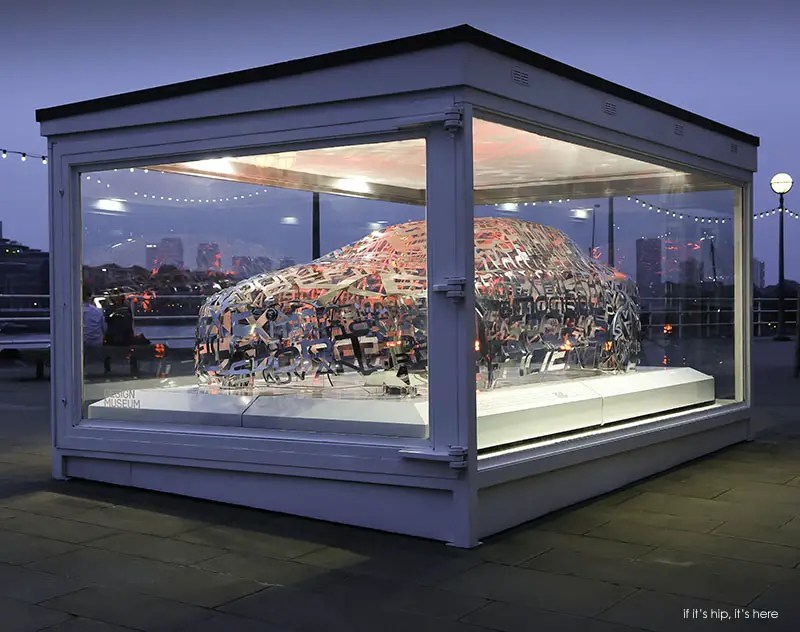 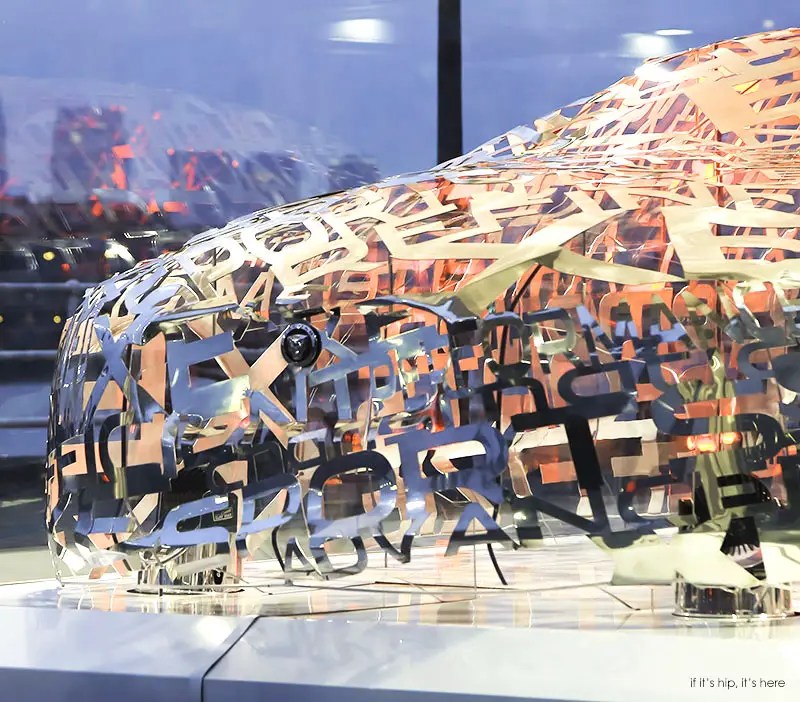 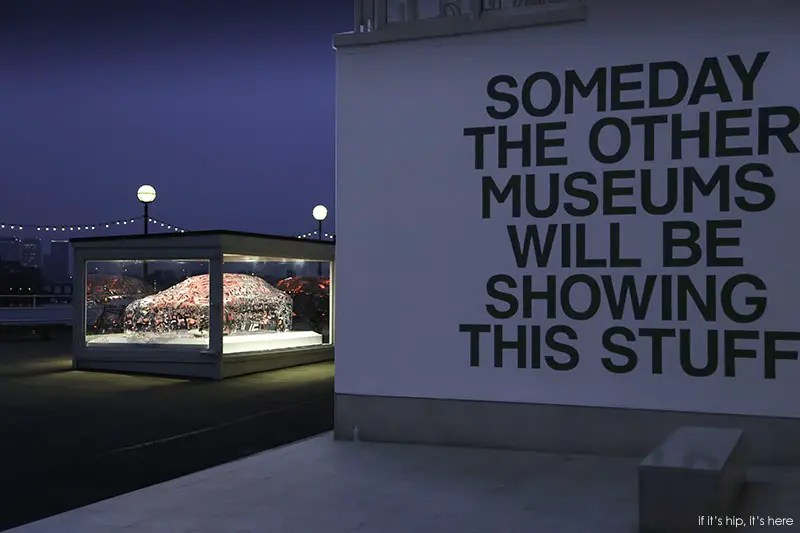 Design Museum Head of Communications Josephine Chanter said: “Large scale installations like this striking sculpture are always hugely popular with our visitors, and the Jaguar XE form is already attracting lots of attention. We’re sure that it will be a hit with the public, and it makes an eye-catching addition to our programme for the London Design Festival.” 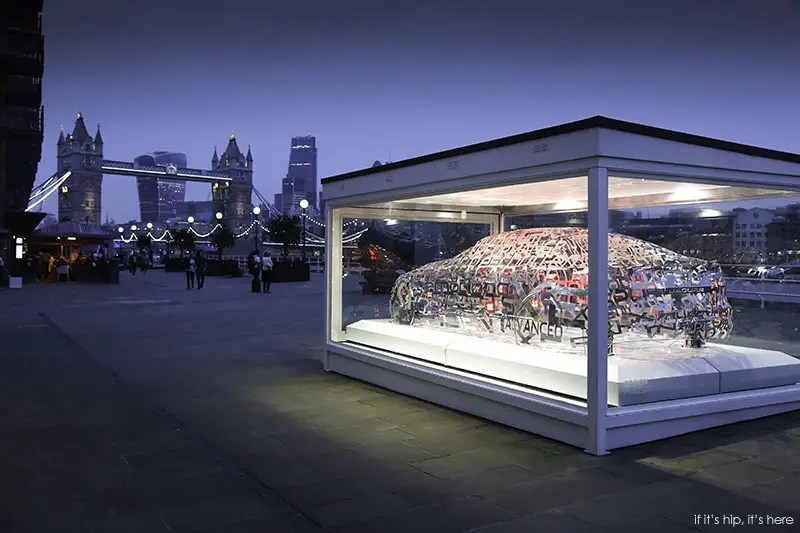 The production methods are a combination of man and machine. Computer modelling was used to create the words that are molded to the dynamic form of the Jaguar XE then finished using metal craftsmanship by the team behind elements of the London Olympic Games Opening Ceremony. 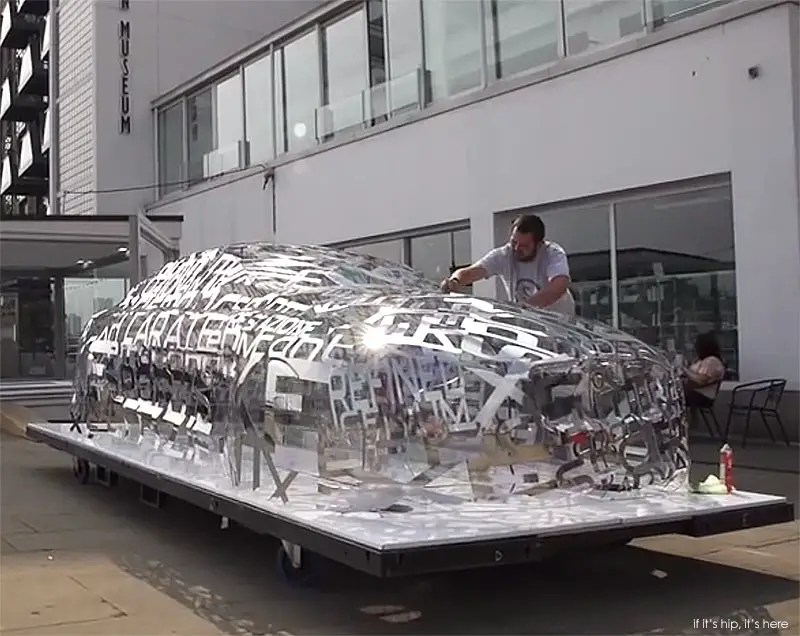 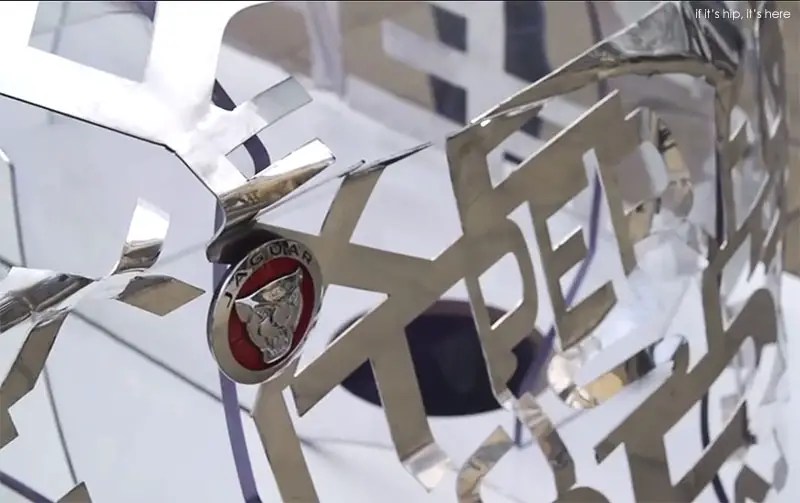 When launched last September, Ian Callum, Jaguar Director of Design, said: “It has been an enormous amount of fun bringing a word cloud of XE and everything it means to life. It’s hugely satisfying to be recognized by London Design museum and to have our work become part of London Design Festival.”

For 25 years, the Design Museum has championed creative thinking and inspired problem solving, celebrating the talent of the world’s best designers and architects. The museum has welcomed five million visitors and built an important collection of contemporary design.

Look for the Jaguar Word Cloud Sculpture at this years’ Salone del Mobile which opens tomorrow!

images and information courtesy of Jaguar

Hungry For Art? Sandwiches As An Homage To Modern Artists.