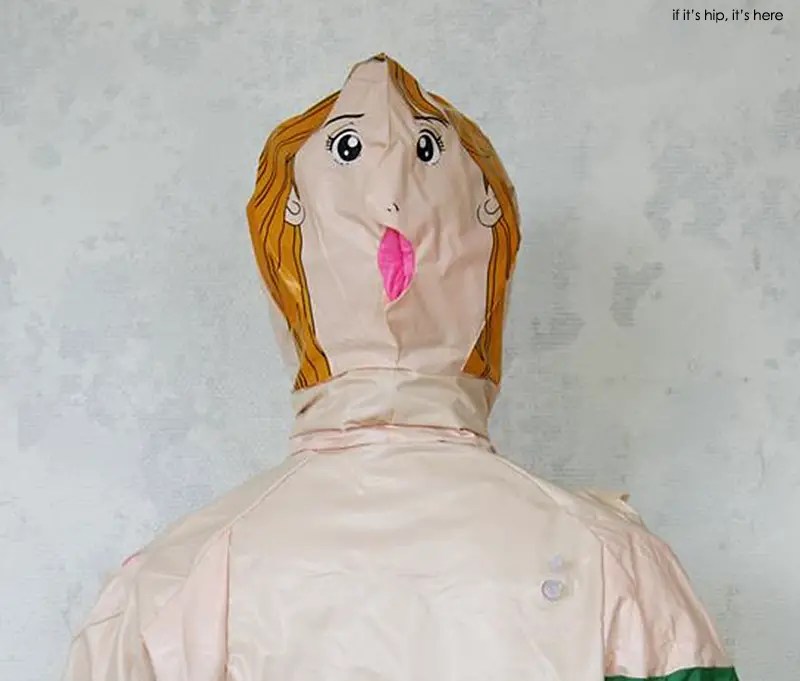 Jackets made from blow up dolls ? Yep, this collection of outerwear has been fashioned from the crass novelty by 31 year old male designer and artist from Utrecht, Sander Reijgers who uses blow-up dolls as material in his wearable works of art.

Jackets Made from Blow Up Dolls The language and subject matter in the remainder of this post about jackets made from blow up dolls have been deemed too adult in nature by Google’s Ad Sense policies  to be viewed here. Instead you can view the post in its entirety on our Tumblr site here.

We have moved all the posts on our site that feature suggestive content or risqué imagery to our Tumblr site in an effort to comply with Google’s Ad Sense policies. Thanks for understanding.