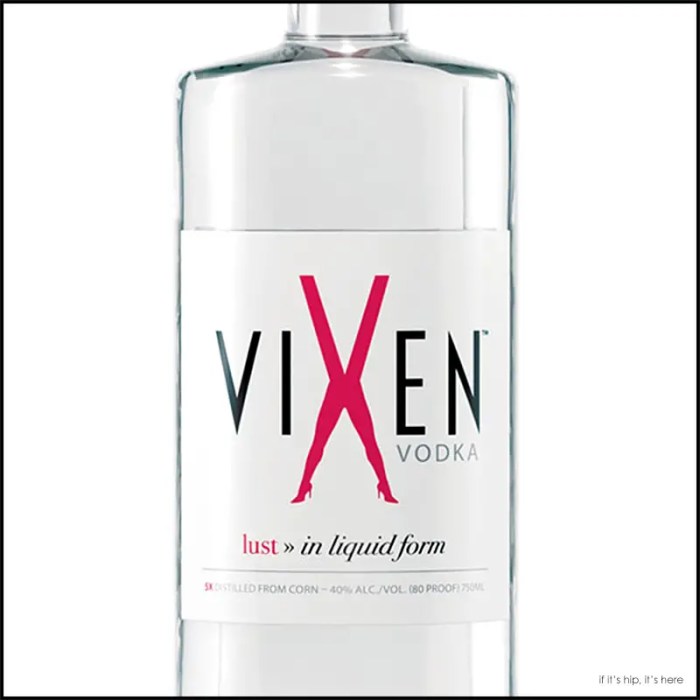 I previously posted about three Vodka brands that specifically targeted women. Two of the brands are gone entirely: Diva brand Vodka and Igor Velodin’s Damaskaya, both aimed at women, were failures. The third, the globally known brand Van Gogh Vodka, dropped its campaign positioning their Blue Vodka as one for women. Now, Vixen Enterprises is trying it again. Perhaps this is the one that will succeed. In terms of chick-specific vodkas on the market, Vixen Vodka’s ‘story’ on their website notes:
“After all, women like to hang out, chill out and drink vodka just like the boys. But research and distillers showed that no vodka brand currently on the market tapped into targeting women. In fact, it was a boys’ club waiting for a revolution. So they decided then and there it was time to change all that. And they raised their glasses to toast an idea that eventually became Vixen Enterprises.”

The truth is that either no vodka brand has properly targeted women – or that there simply is no need for a gender-specific vodka. Either way Vixen, which was launched in 2013, is attempting to do what Diva, Damaskaya and Van Gogh Blue could not. With an Anthem titled “A Warrior in Stilettos” the brand is yet another to jump on the female empowerment bandwagon. Providing women with a voice of self-confidence in marketing began long ago with then ground-breaking work for Nike Women in the late 80s and is alive and thriving thanks to Unilever’s Dove Beauty and P&G’s Always.

A Warrior In Stilettos:
“I am more than my reflection in the mirror. I am bold. Brilliant. Beautiful. I rule every room I enter. I am empowered. I live life on my terms, not terms dictated by celebrity trash mags. (Although let’s face it, a good trash mag makes a plane ride a lot less boring.)

I am a survivor. A warrior in stilettos. And every accomplishment I’ve ever made, every heartbreak I’ve overcome, I’ve done it with class, sass and a glass half-full. Because being a Vixen is a badge of honor — a commitment to myself that I’m worth it, that I’m incredible just as I am.

I am a Vixen.” -Vixen Vodka 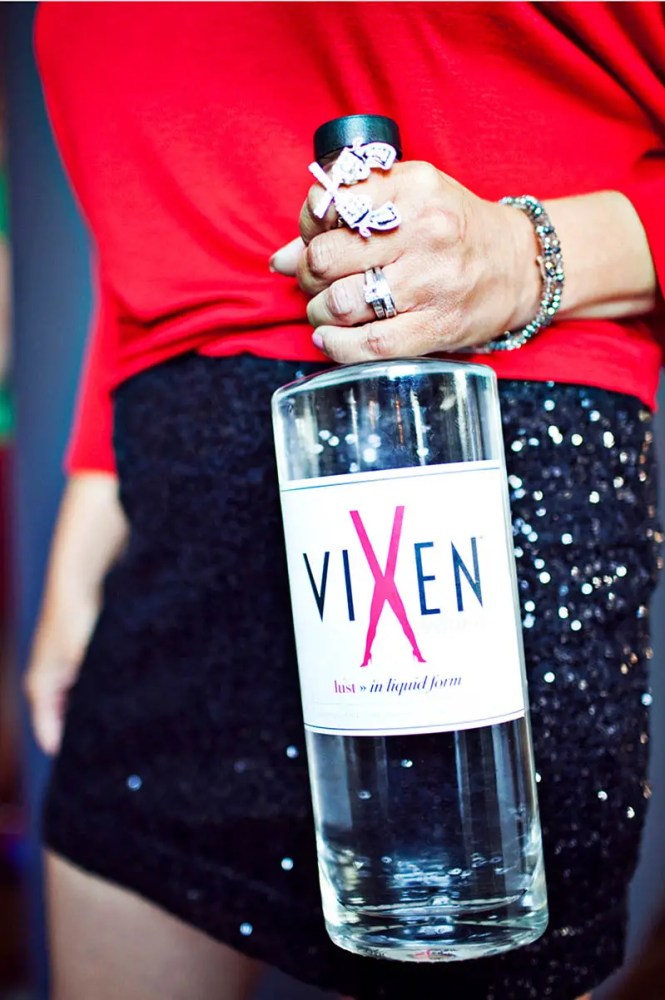 Vixen Enterprises was conceived by three women, LeeAnn Maxwell, Jenny Policky and Carrie King in 2010 after a girls’ trip to St. Simons Island in Georgia. Their website says “It was an idea that came to fruition after a few “slightly dirty martinis” and several sun-soaked hours lying by the pool. It was an idea that took root and told hold of friends who wanted to make a difference in their lives. Who wanted to take control, to be empowered, and to hopefully empower other women to take a chance on their dreams and big ideas, too.”

CEO Maxwell and DOM King (who was a former marketing professional in the cable industry) had no previous liquor experience. With the typical marketing budget of a start-up (almost nothing) they began spreading the word at a grass roots level by sponsoring events and serving Vixen Vodka at charity functions and private parties in Georgia. As the liaison for the liquor stores and distributors, King developed multiple relationships, and was constantly on the ground pitching their story.

The women wrote up a business plan, set a distribution goal and smartly hired Joe Herpin, who has over fifty years of experience in the industry, as National Director of Sales. Most recently Herpin increased distribution for the vodka brand Tito’s into all 50 states. With a reasonable price point (around 20$ a bottle) and a lot of chutzpah, this may be the Vodka for women that actually makes it. The tag line, lust in liquid form, contributes to the overall sexy image the brand is going for. The name and the logo both exude ‘bad girl’ and phrases like “naughtiness distilled’ and “one sip and you’ll forget what’s his name” are sprinkled throughout their copy. As for their logo, designed by Maxwell’s ex-husband, the “X” in Vixen is replaced with a magenta silhouette of bare legs donning high heels.

The ‘CFM pumps’ are a theme throughout the Vixen Vodka website. Shiny red high heeled shoes are photographed with the bottle in many of the images. 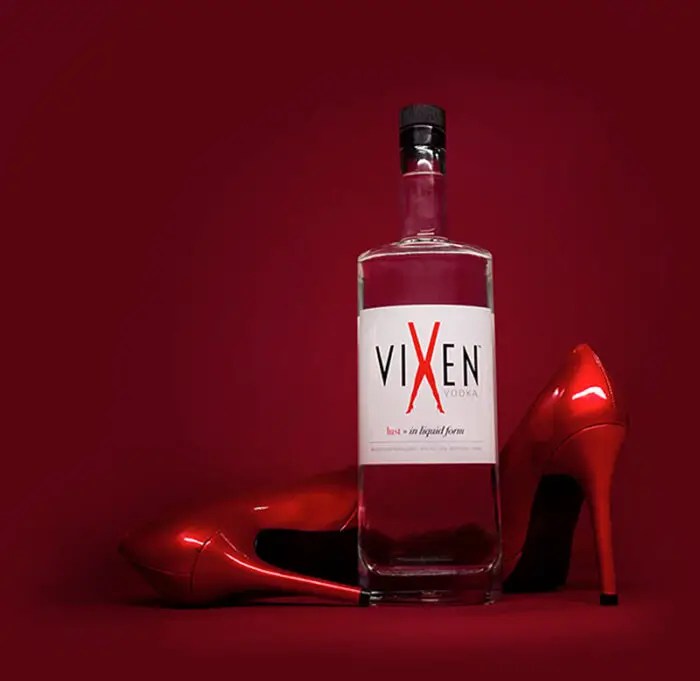 And here are the ads they are running: 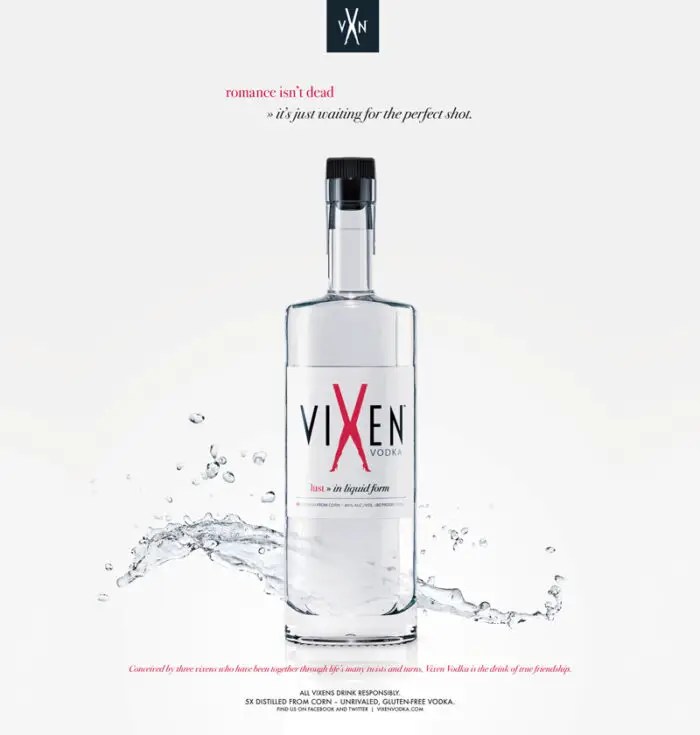 Vixen is crafted in Colorado using corn and Rocky Mountain spring water. It’s distilled five times in one of only a few glass stills in the world in Denver, CO.  The 2013 San Francisco World Spirits Competition awarded Vixen Vodka a silver medal. 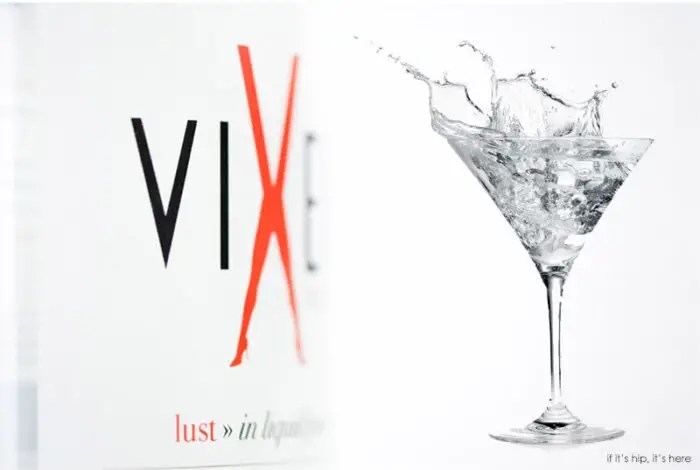 Their goal, of course, is to become a National Brand. As of November 2013, The Atlanta Business Chronicle reported that “A little over a year into production, Vixen Vodka is available in more than 300 locations in Georgia and recently signed distribution deals in four states: Mississippi, South Carolina, Tennessee and Minnesota. Soon the brand could be sold in as many as 16 additional states.”

In that same article the founders claim they are the first to offer a vodka tailored specifically for female drinkers. Well, they are wrong. But perhaps they could be the first to successfully do it.

Vixen Enterprises is run out of Georgia by LeeAnn Maxwell, CEO and Carrie King, Director of Marketing.

And yes, we’re sorry – but not surprised- that since this post was published, Vixen Vodka – like all the other Vodkas targeted solely to women, has indeed gone out of business.

UrbanUndercover: Pretty Panties With A Pocket That Roll Up Into A Pouch.