Launched just 2 months ago by David Baldwin, Keil Jansen and Nick Johnson, the Ponysaurus Brewing Co. in Durham, North Carolina touts itself as a ‘forward-thinking, backward-tasting brewery based in Durham, NC, creating beers that are meant to be savored, appreciated, contemplated, philosophized, studied, nuzzled, and mindfully guzzled.’ 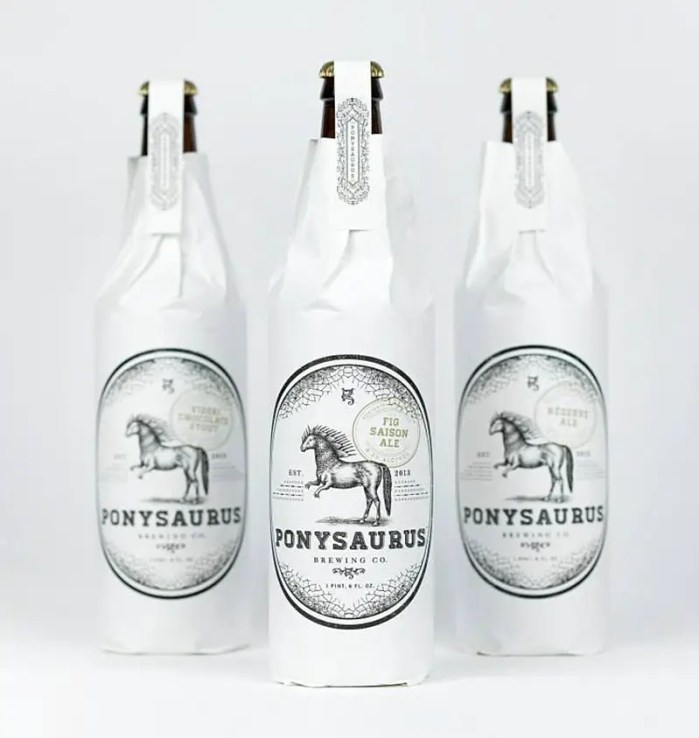 With seven craft brews thus far under their label, the beautifully branded beer just released photos of their bottle, label, packaging and collateral design by Baldwin& (who is part owner of the brewery), designer Kellyn McGarity, writer Chad Temples and illustrator Steven Nobel who helped out on the Ponysaurus icon. 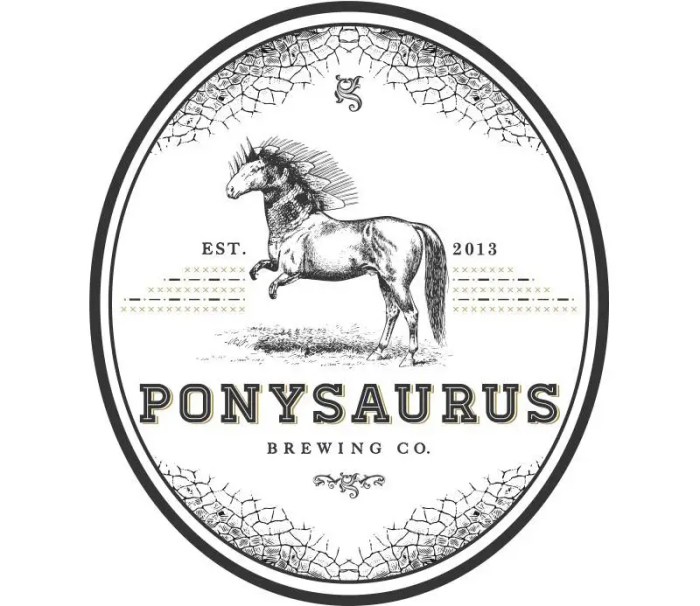 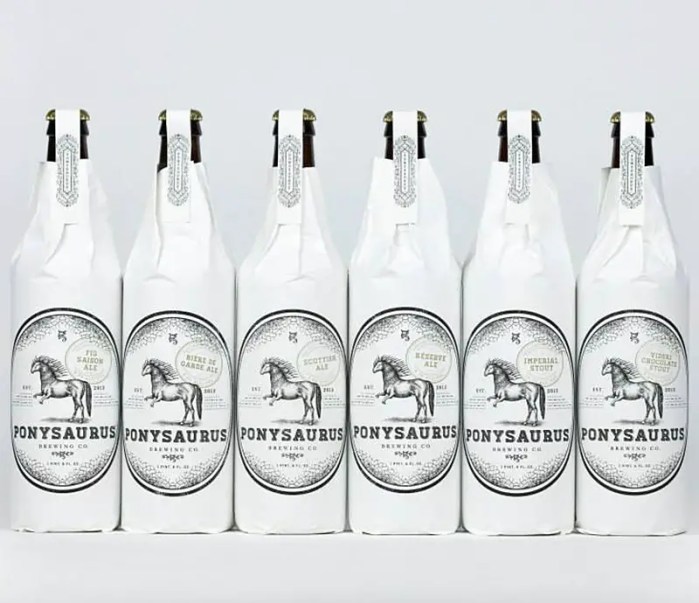 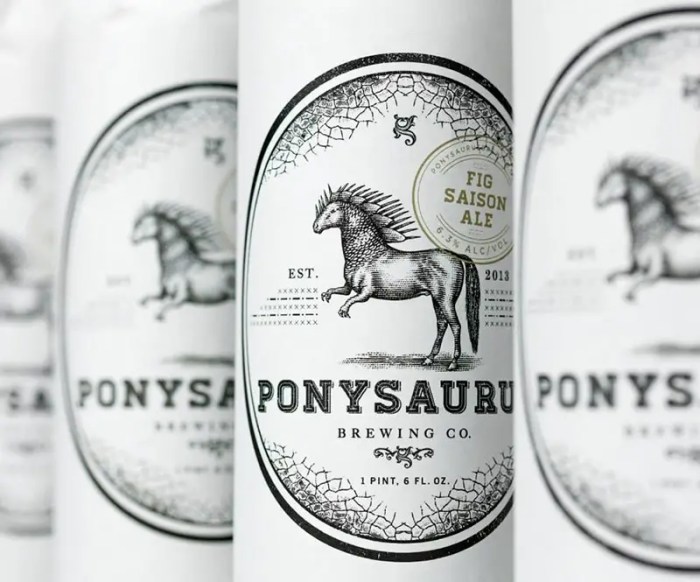 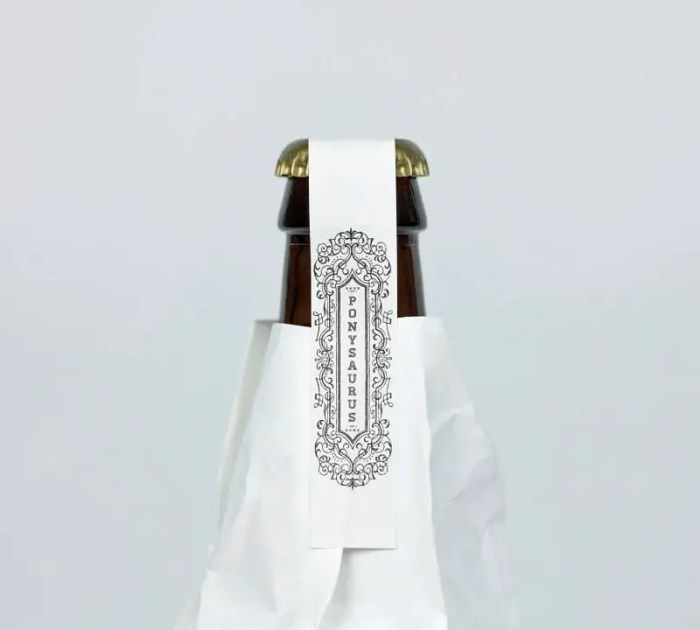 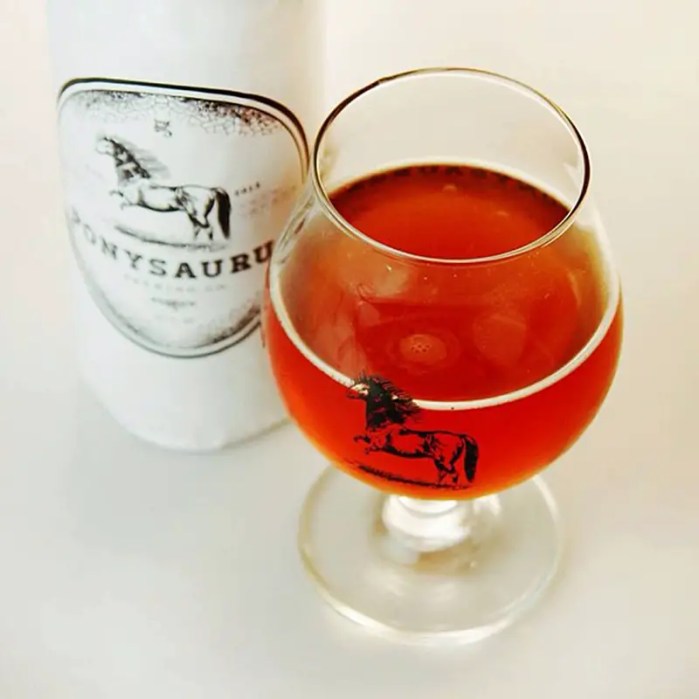 Degarde:
An homage to higher-gravity French farmhouse ales, Biere de Garde roughly translates to “beer for keeping.” Our version reflects the historical realities of this style of farming, when brewers made do with what was on hand. With three types of barley, wheat, rye, and oats, its aroma smacks of apple, pear,almond, and vanilla, with just a hint of lemon rind. IPA:
For our IPA, we used the traditional West Coast India Pale Ale as our template, then forgot where we put the template, then created something completely different. It’s a simple, easily enjoyable IPA with a crisp bouquet of lemon citrus, grapefruit rind, and melon. Tangerine and passion fruit dominate the hop flavor, but without the usual overwhelming bitterness. Fig:
Our take on the crisp, flavorful ales brewed by farmers specifically for summer refreshment, the Fig Saison starts with several varieties of wheat, barely, rye, and, of course, figs. With a complex mix of yeast and fruit aromas that perfectly match its higher level of carbonation, the Fig Saison pours a rich red color and finishes dry with a mix of fruit, floral, spice, and subtle fig-ish notes. 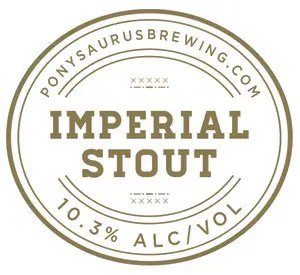 Imperial:
Created in the 18th Century by British brewers for the kinda scary Czars of Russia, the Imperial Stout was designed to be dark, strong, and hardy enough to handle the long and perilous voyage across the Baltic Sea. And you do not want to disappoint the Czars of Russia. Our version is made to stand the test of time, too, featuring rich flavors of chocolate, toffee, coffee, currant, and vanilla. Budem zdorovy! Reserve:
The result of our finest brewing efforts, the Ponysaurus Réserve is a Belgian Dark Strong Ale featuring rich brown malts and Belgian candy syrup made in-house. Flavorful Belgian yeast yields a complex yet elegant set of fruit and floral notes, while the candy syrup ferments almost completely, resulting in a scarily drinkable beer clocking in at just under 10% ABV. Weissbier:
A celebration of traditional German wheat beers, our Weissbier features the classic banana and clove flavors, with the refreshing tartness and citrus notes that can only be found when the beer is at its freshest. We serve the beer cloudy on purpose, as the suspended yeast is crucial to its overall impression. 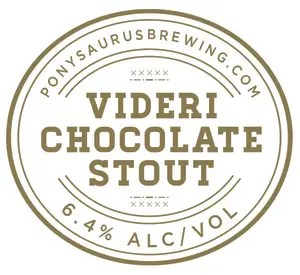 Vidieri:
A collaboration between Ponysaurus and local chocolatier Videri, our Chocolate Stout is designed to mimic the pure simplicity of a bar of dark chocolate. With a simple grain bill and fresh cocoa nibs added directly to the beer for ultimate flavor commingling, the result is a dark, clean beer that tastes more like artisan chocolate than chocolate cake.

Not available in liquor stores, you have to be a locoal to get a taste of their brews. The beer can be found at Geer Street Garden, Poole’s Diner, Watts Grocery, and/or Mateo Sunne Light Uses Solar Energy To Let The Sunshine In.