Did you know we share lots of very cool stuff every day on our Facebook Fan Page, and on Twitter that we don’t include here in the blog? Well we do. From lesser known celebrity photos to witty cartoons, wild runway fashion highlights to excellent articles, here’s a look at the interesting and entertaining content you’re missing if you don’t follow us.

Here are just a few examples of what we’ve posted on Social Media, but not on our blog, in the past week.

Brilliant Cartoons such as…

This satirical IKEA Border Wall from German publication The Postillon: 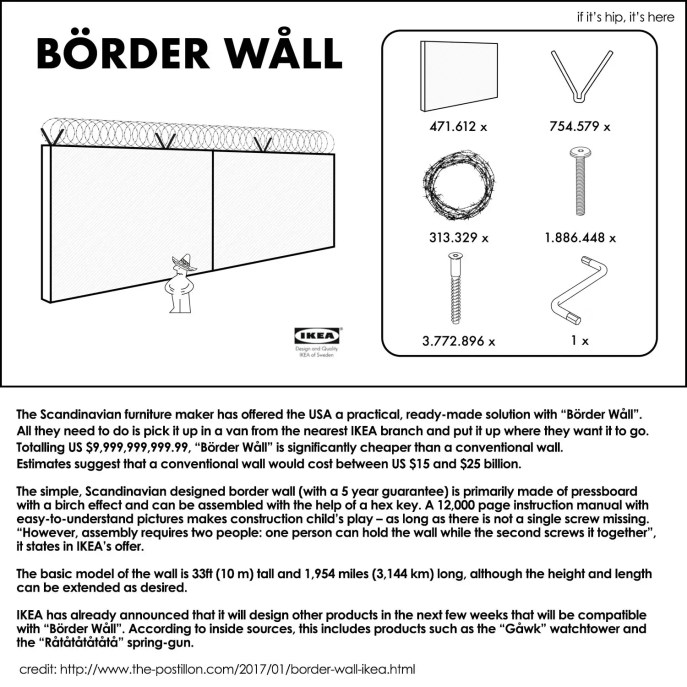 Celeb Photos such as

Although a different color pregnant photo by Awol Erizku of the entertainer went viral, Beyoncé posted this more elegant photo on her website with the accompanying title ‘I have three hearts” (referring to her being pregnant with twins). She calls this image Botticelli’s Venus after the painting. Photo Credit: Daniela Vesco:

TV and Movie Screen Grabs we like to make for you, such as

These awesome pics of Lady Gaga killing it on the Superbowl’s Halftime Show: 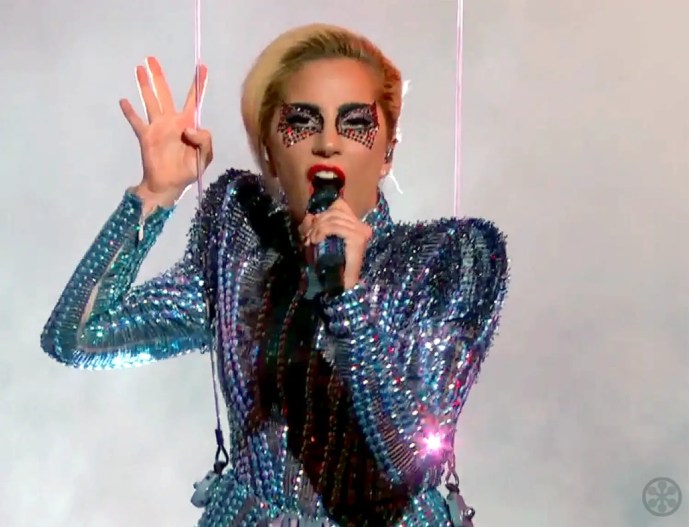 Funny and informative articles from other publications such as

Colin Nissan’s hilarious “I Work From Home” for The New Yorker: Or this interesting post on The Puppy Bowl, Explained by Vox: Super fun stuff you can buy or make such as

1.25″ Buttons that feature The FACES OF WINONA RYDER 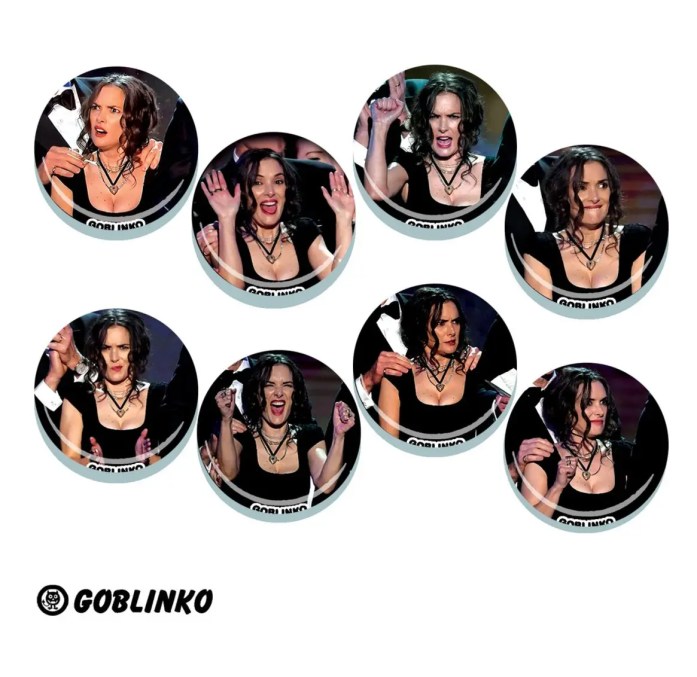 Creativity captured from all over in photos taken by us or our friends, such as Moving photographs such as

Taken by Nuccio DiNozzo for the Chicago Tribune at the immigration ban protest at Chicago’s O’Hare airport: Or this one of our friend Reba’s new Australian Shepard puppy asleep in her car on the console: Lari Pittman‘s “Like You” (detail) from The Broad Museum: Robert Montgomery‘s The Slow Disappearance of Meaning and Truth: 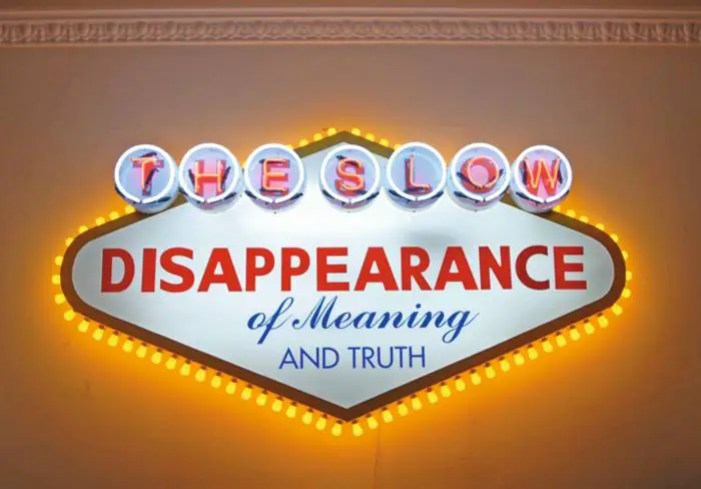 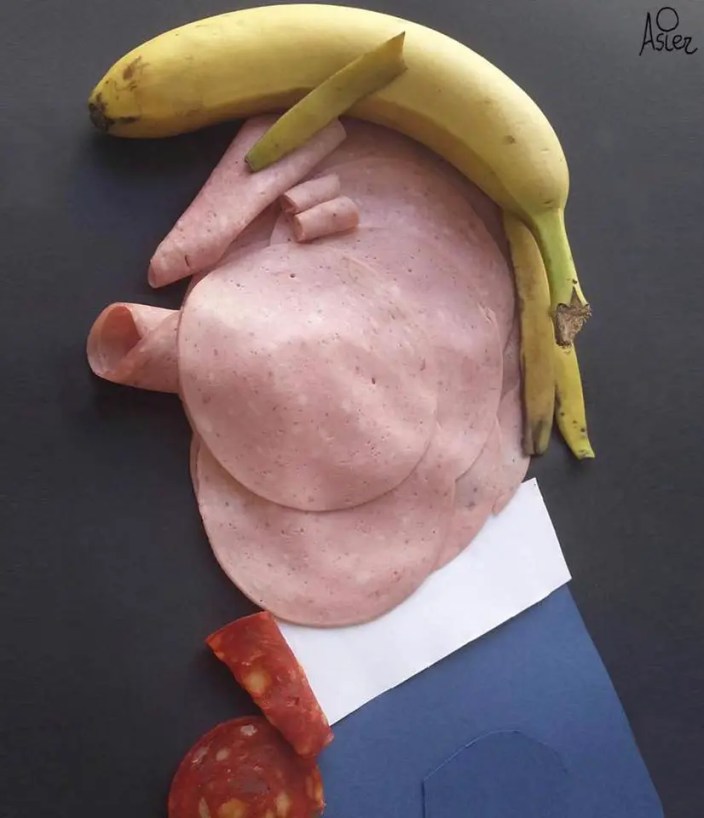 Videos worth watching such as

This Matters’ thought-provoking video questioning whether or not Racism is a Mental Illness:

This impressive fan-made short of Darth Vader vs. Buzz Lightyear:

Or this hilarious Angry Yoga skit from Canada’s 22 Minutes:

Our own little video slideshows: such as

The Rejected Designs for the Gold American Liberty Coin 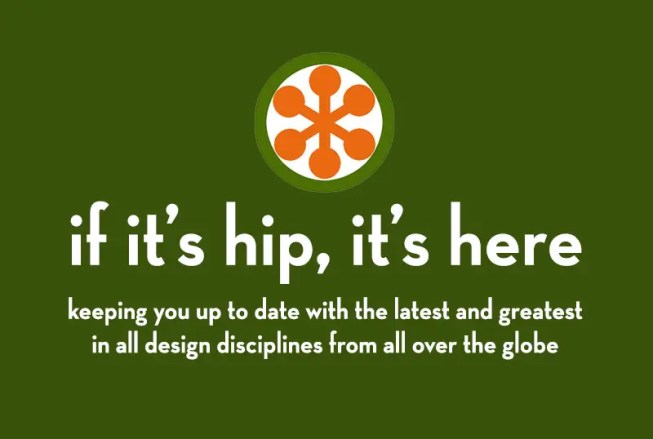 A $2500 Terrific Tome From Taschen of Annie Leibovitz’ Awesome Photography.

My Picks For The 20 Fugliest Red Carpet Oscar Dresses Of All Time.