After 25 years of commissioning artists to design Christmas trees during the holiday season, Tate Britain thought they’d give an artist the facade of the building to play with. Alan Kane, whose work often incorporates found or readymade objects, has draped the building in Old School “off the shelf” decorations for 2017.

Home for Christmas at Tate Britain 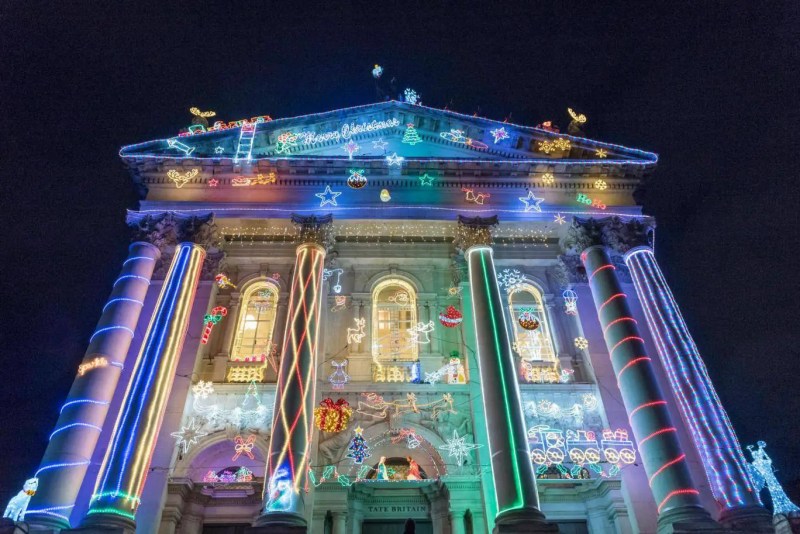 This playful commission, which has been called “tacky” by some, aims to turn the historic gallery building into a tribute to extraordinary everyday creative expression. 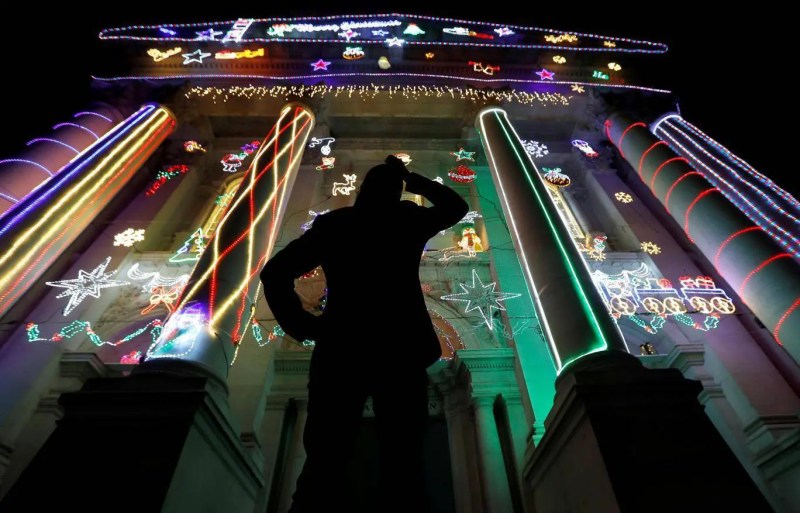 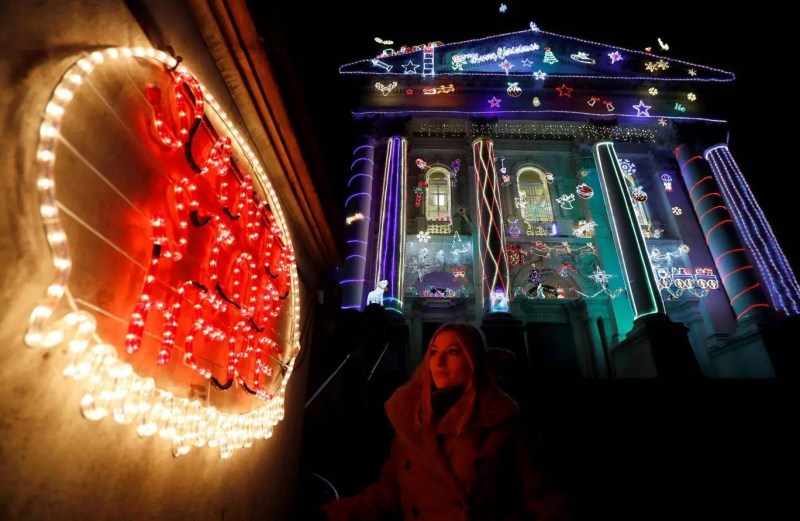 Kane’s work often incorporates found or readymade objects, and brings attention to everyday forms of creativity. Within his various projects and collaborations, he draws attention to the dividing line between art as defined by academic convention and art as a more commonplace creative act. His inclusive, humorous work blurs the distinction between innovation and tradition, the amateur and professional, and perceptions of high art and low culture through the insertion of familiar and often comic objects into artistic contexts.

Home for Christmas: A Commission for Tate Britain by Alan Kane has been curated by Aïcha Mehrez, Assistant Curator of Contemporary British Art at Tate.

The display will be lit every day until 12th Night on 6 January.

Nathan Wyburn’s Love Cleans Up Rug for Harry and Meghan

Christmas Past and Christmas Present Combined in Photos