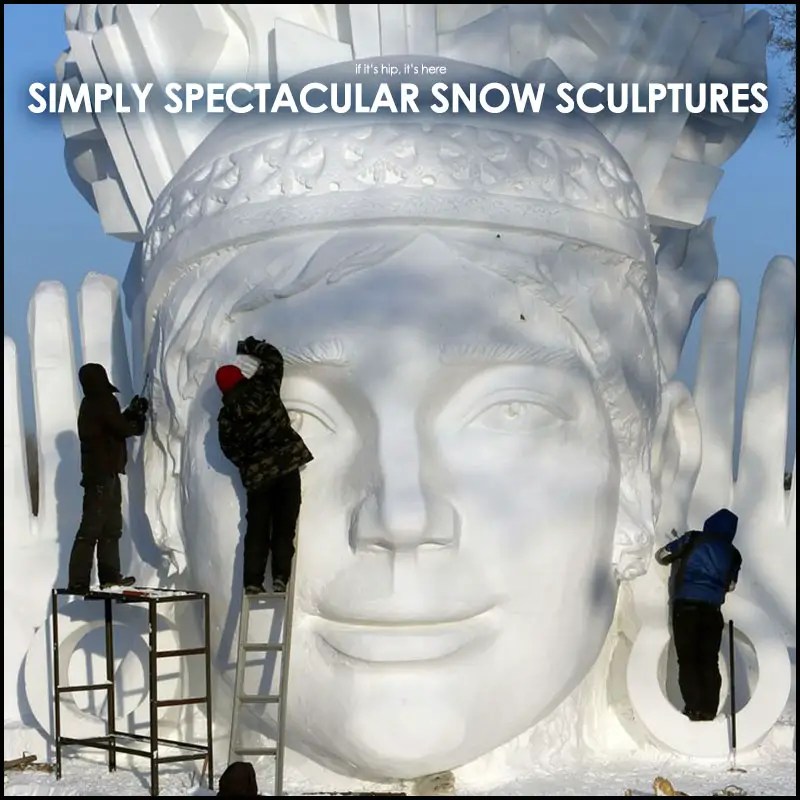 As we near the official opening date of the 34th Harbin International Ice and Snow Sculpture Festival, the largest ice and snow annual festival in the world which takes place in China, I thought I’d wow you with a look at some of their most impressive snow sculptures from years past. 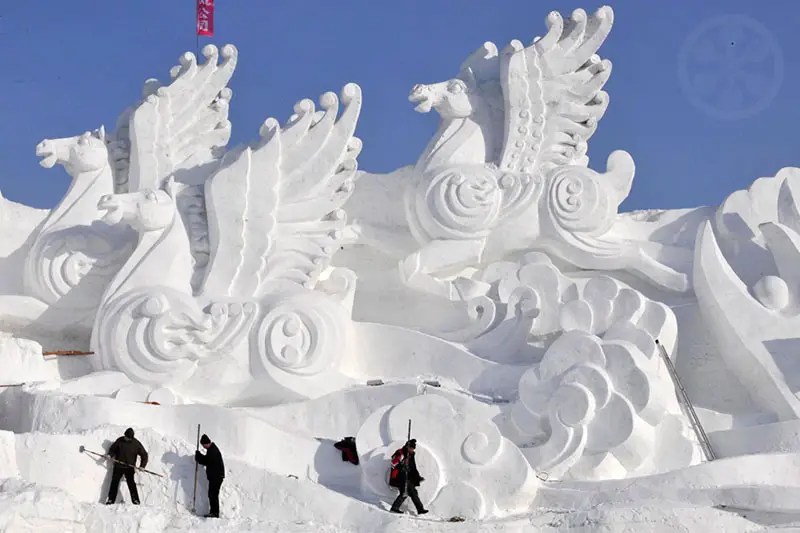 The festival has been held since 1963. It had been interrupted for a number of years during the Cultural Revolution but had been resumed by 1985. Along with Japan’s Sapporo Snow Festival, Canada’s Quebec City Winter Carnival, and Norway’s Ski Festival. The Harbin International Ice and Snow Sculpture Festival is listed as the top 4 ice and snow festivals in the world. 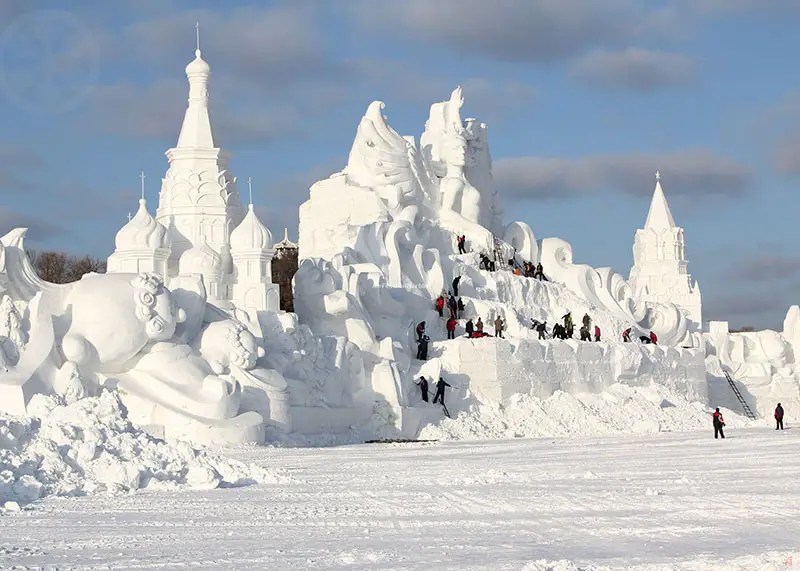 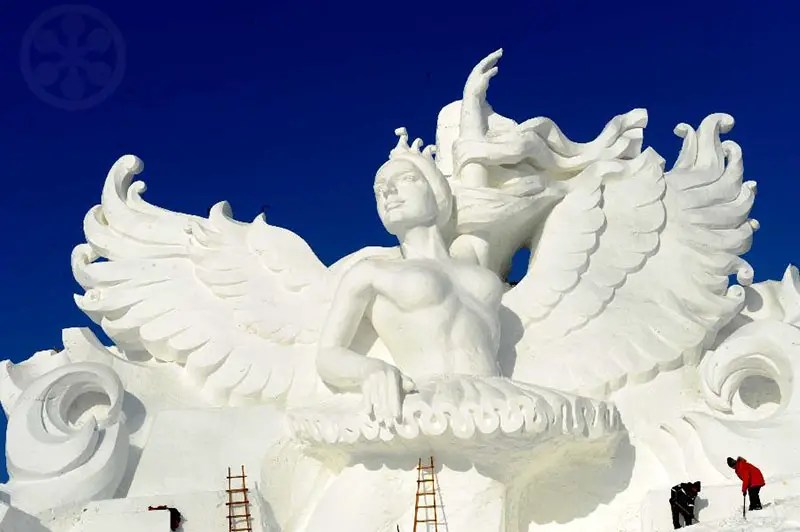 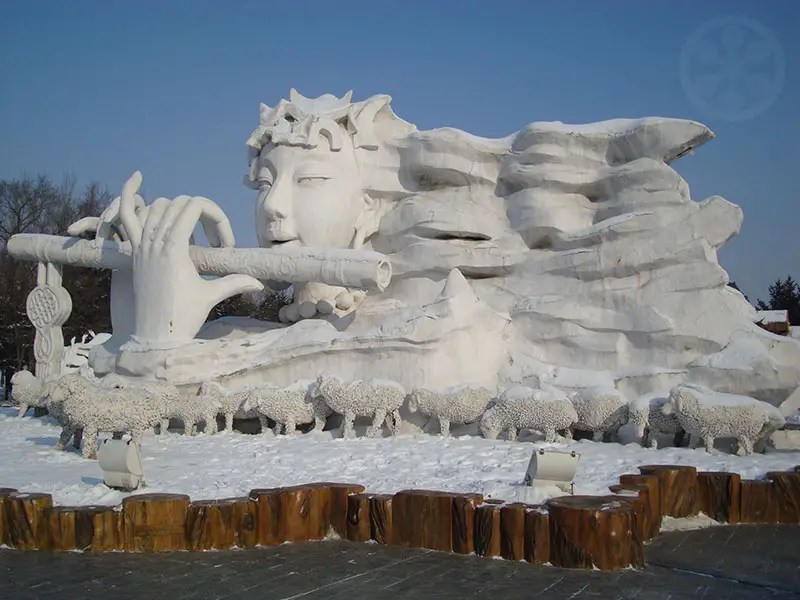 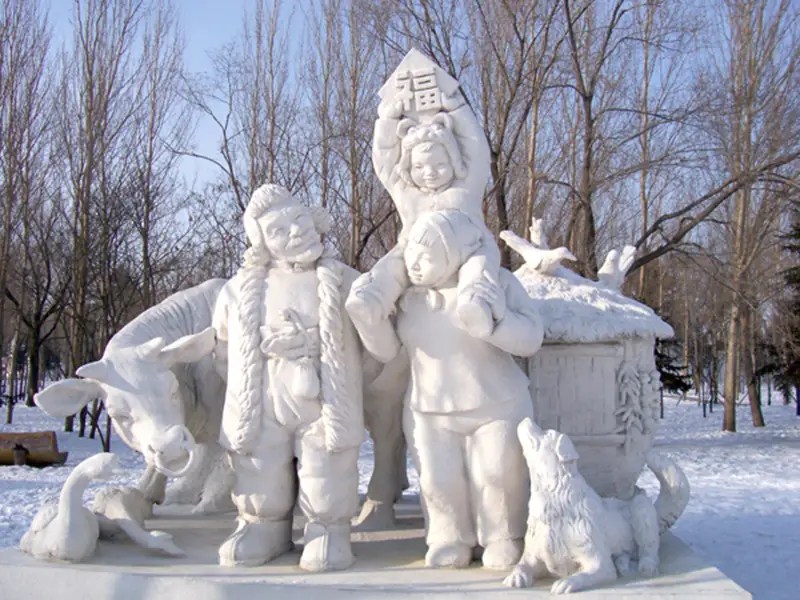 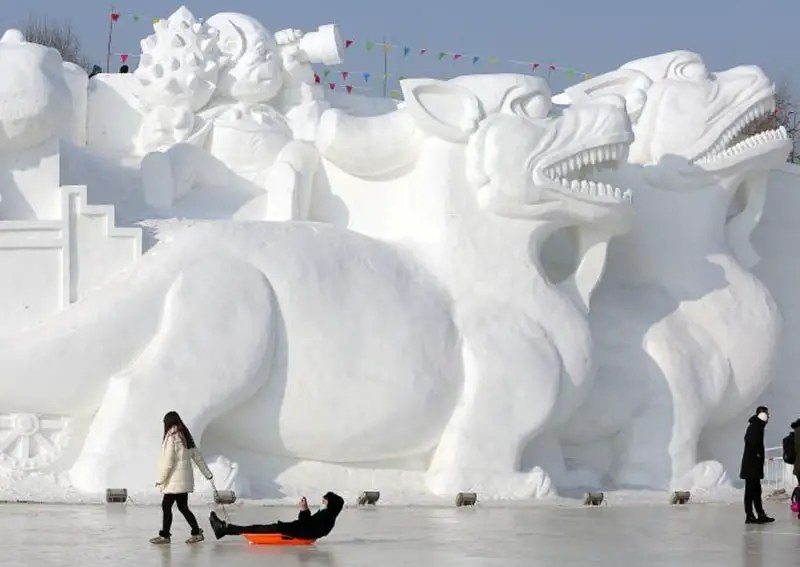 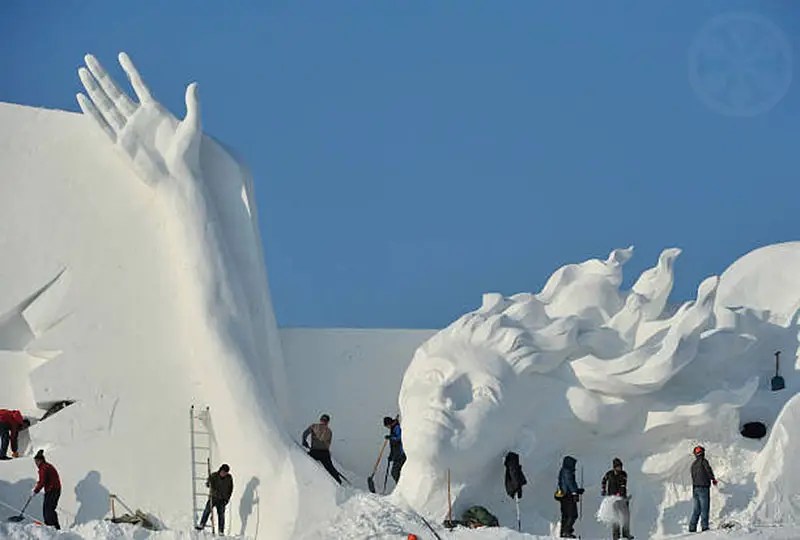 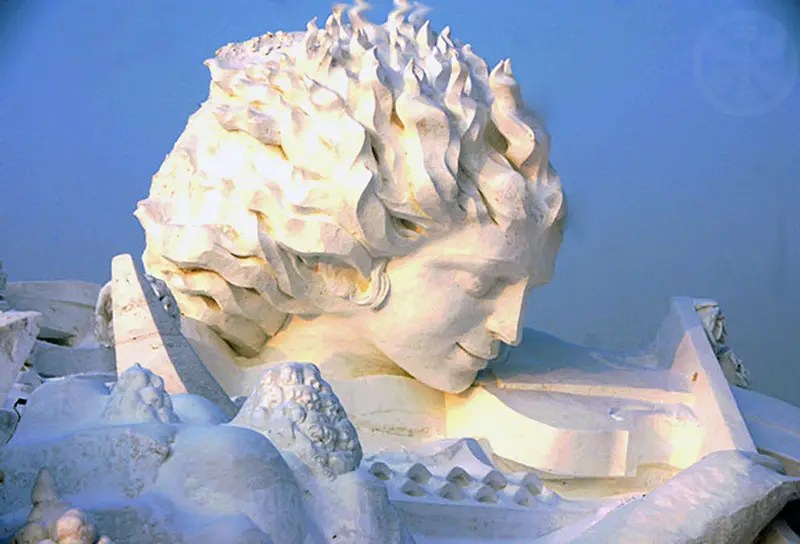 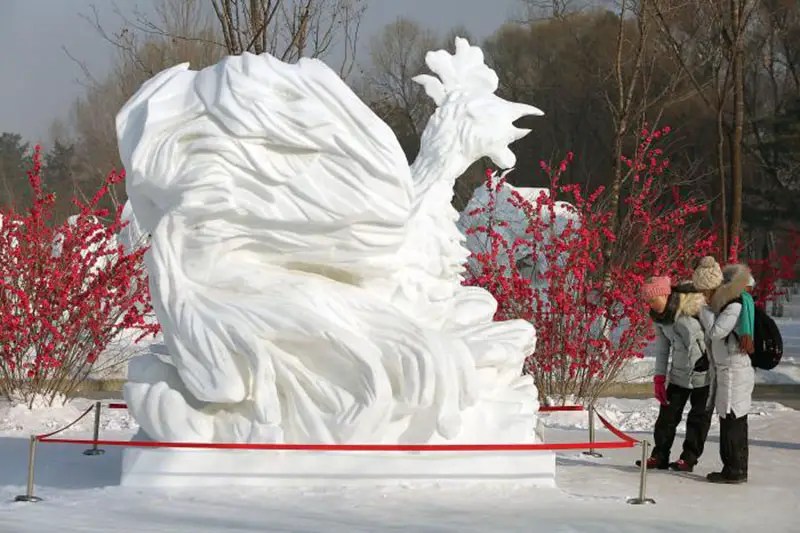 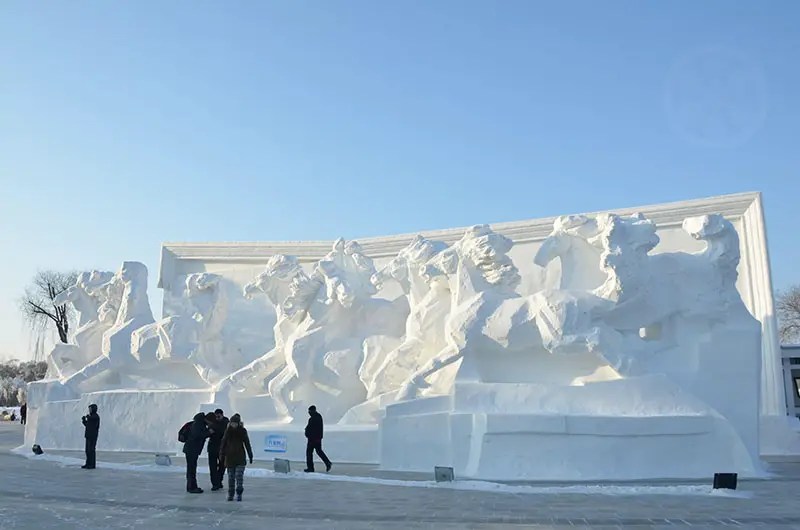 and shown at top: 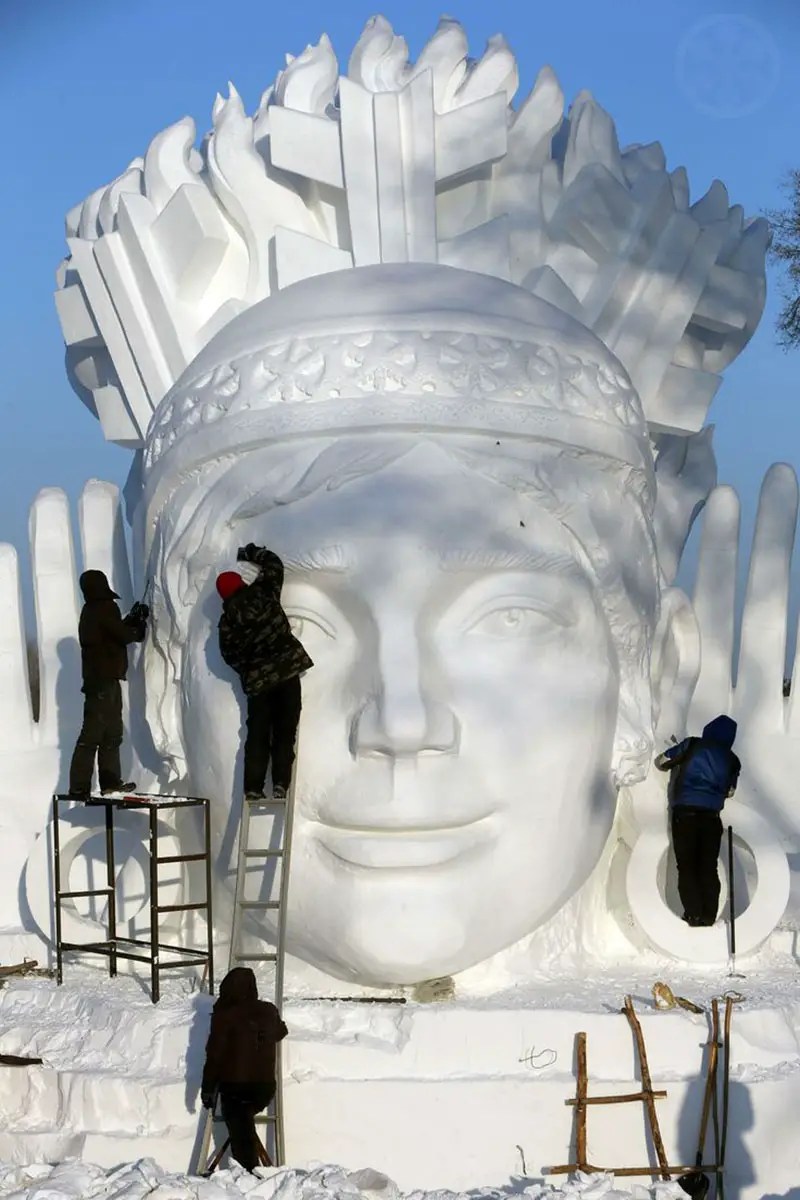 Organized by Heilingjiang Provincial Government, Harbin Municipal Government and China National Tourism Administration, the great celebration will last to the end of February, 2018. The opening ceremony will be held in Harbin International Exhibition Center & City Stadium in the evening of January 5. A big firework display will come after a meeting in the Ice and Snow World Park.

The 2018 Harbin Ice Festival includes 3 theme parks:  the 30th Harbin Sun Island International Snow Sculpture Art Expo (in Sun Island Park), the 19th Harbin Ice and Snow World (in the west of Sun Island Park), and the 44th Ice Lantern Fair (in Zhaolin Park). In mid-December of 2017, the workers and sculptors will start to make the sculptures. From December 21 to Jan 4, snow and ice sculpture competitions will be held in these parks. The parks will have a trial run from December 24, 2017 to Jan 4, 2018.