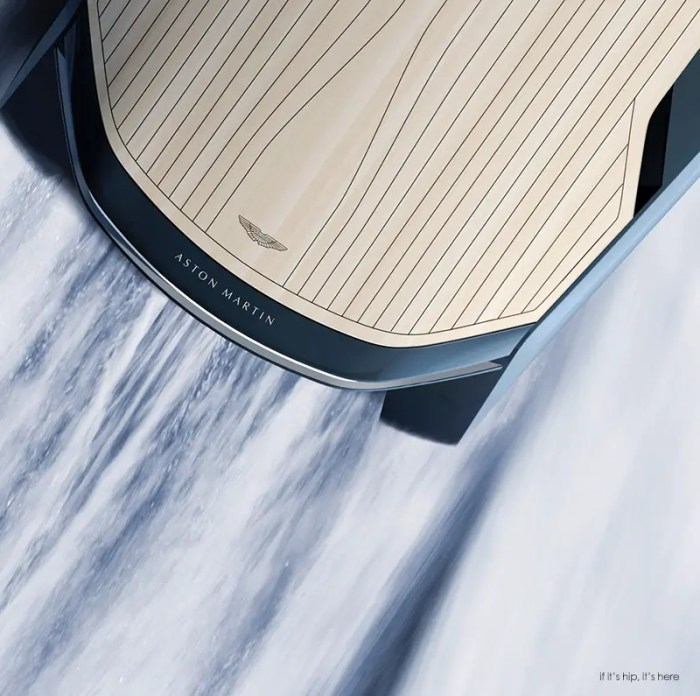 Quintessence Yachts has unveiled the first details of an exciting association with famous luxury British sports car maker Aston Martin which will result in the creation of a unique series of stunning new powerboats said to launch in September of this year. 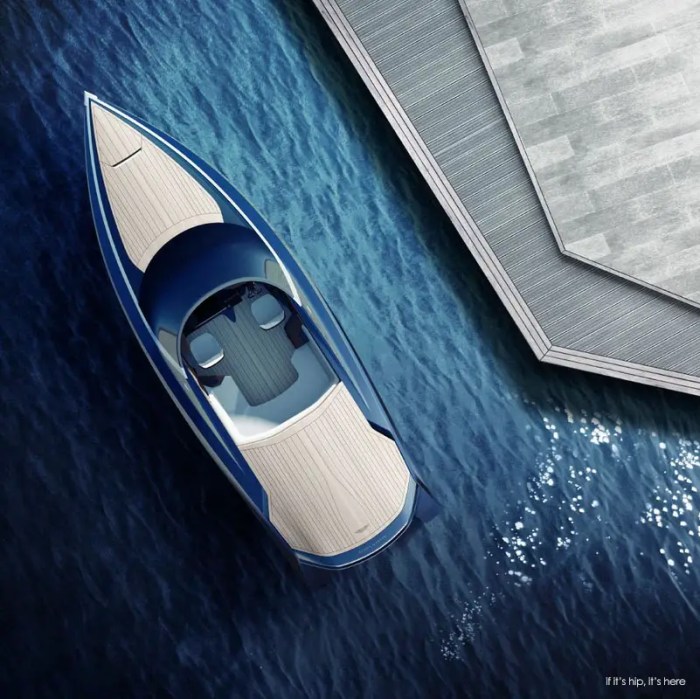 The license agreement for the Aston Martin powerboat range gave Quintessence Yachts the capacity to design and build luxurious and high performance craft, in association with the world-renowned sports car maker. The unveiling of the AM37 at Aston Martin’s global headquarters in Gaydon, Warwickshire on April 29th via computer-generated renderings provided a tantalizing glimpse of the first model. Quintessence Yachts is a young company with a passion for exploring new designs. Convinced that there is something fresh to say in the classic yachting world by offering innovative concepts, it approached Aston Martin with a proposal for a new range of boats that would encapsulate style and performance in an exclusive design. The hulls feature high tech composites with epoxy resin and the structural parts are made of carbon fiber. The production process deploys state-of-the-art vacuum infusion technology and post curing. The tooling has been 5 axis CNC machined by a highly specialized supplier in the UK. Further design elements of the AM37 will be revealed in due course. Potential owners of the new Aston Martin powerboat are being given more details of the new project on a strictly confidential one-to-one basis, further raising the sense of excitement among those who share an affinity with the Aston Martin marque and the yachting world.

Mariella Mengozzi, CEO at Quintessence Yachts, said: “We are sure that the Aston Martin ethos of ‘Power, Beauty and Soul’ can be successfully translated into the yachting environment in a very special way. “Since the license agreement was signed, the Aston Martin Design department has been working seamlessly with the Quintessence R&D unit and naval architect Mulder Design in Amsterdam to achieve a true example of design purity.”

Katia Bassi, Managing Director Aston Martin Brands, said: “Over the course of our 102-year history Aston Martin has produced some of the most iconic luxury sports cars of all time.
“Our contemporary designs retain classic lines whilst delivering the latest technical innovations, and the exciting range of luxury speed boats we are developing with Quintessence Yachts reflects this commitment to excellence in every field, as well as perfectly encapsulating our ‘Art of Living’ philosophy.” 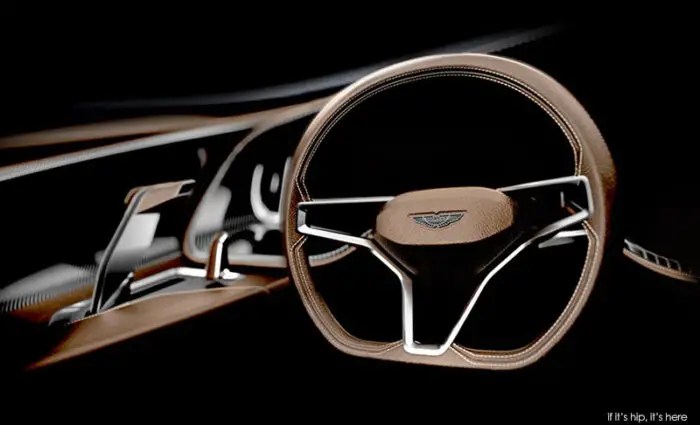 The AM37 was created in collaboration with Aston Martin’s in-house design team and Mulder Design and is the first official boat design to come from Aston Martin. The 11.2m long AM37S (S is for speedboat) offers a maximum speed of 60 knots. With a slower top speed of 50 knots, the AM37 is more of a gran turismo leisure boat and provides a greater feeling of luxury in its finish.

“There are some incredible features on this boat,” said Aston Martin’s design director Marek Reichman, who emphasized the importance of balance and in incorporating the brand’s ethos of ‘Power, Beauty and Soul’. “There is a simplicity to the design as well. We started with a scale model, just as we would with a new car design, using a clay model to give us an idea of the relevant proportions of the boat.” Although still under development, Mulder revealed that once the major technical criteria of the boat had been reached, Reichman and his team worked hard to style the boat in a way that would enhance performance while achieving the level of beauty they were after. “They really understood why things were a certain way, as they are bound by similar rules such as centre of gravity and so on.”

When questioned about the power options for the AM37, Mulder said that there would be an upper limit option of two 660hp Mercury engines. However, the initial engines to be used in the first model will be two 520hp petrol engines with the option to have diesel engines. With the 520hp version, the expected top speed is in the range of 50-55 knots. “It will offer the performance needed but it will also ensure comfort — it is a GT,” he said.

When questioned about the possibility of using an Aston Martin engine in the future, Mulder didn’t discount the possibility. “At this point Aston Martin engines are not marinized and that takes a long time to do, but it would be ideal if they were and it is something we will look into for the future,” he said. “Developing an engine at the same time as a new boat concept is too much to take on.” 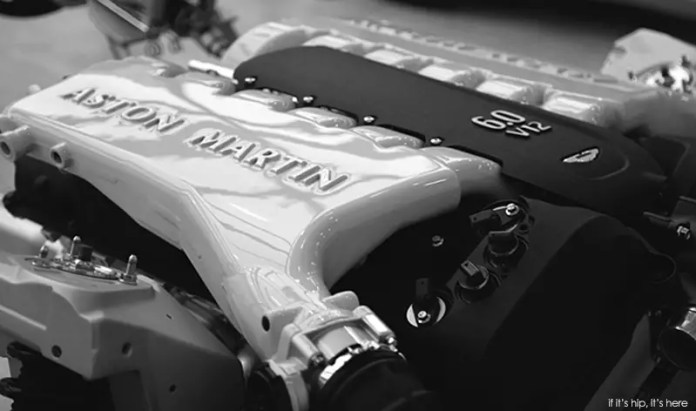 A dedicated building facility on the south coast of England will construct the composite boat, which will include elements of carbon fiber. The production process will utilize state-of-the-art vacuum infusion technology.

“It is a logical move for Aston Martin, as it shares many of the same clients that own and love boats,” said Henk de Vries, director of Feadship and chairman of Quintessence Yachts’ supervisory board.

A little teaser for Quintessence Yachts’ AM37  by Mulder Design:

A Killer Yacht That Looks Like A Killer Whale: The Oculus Superyacht