Internet comedian Jeff Wysaski, aka Obvious Plant, has decided to add some fun albeit fake animal facts to the LA Zoo, gently mocking the feathered and furry . 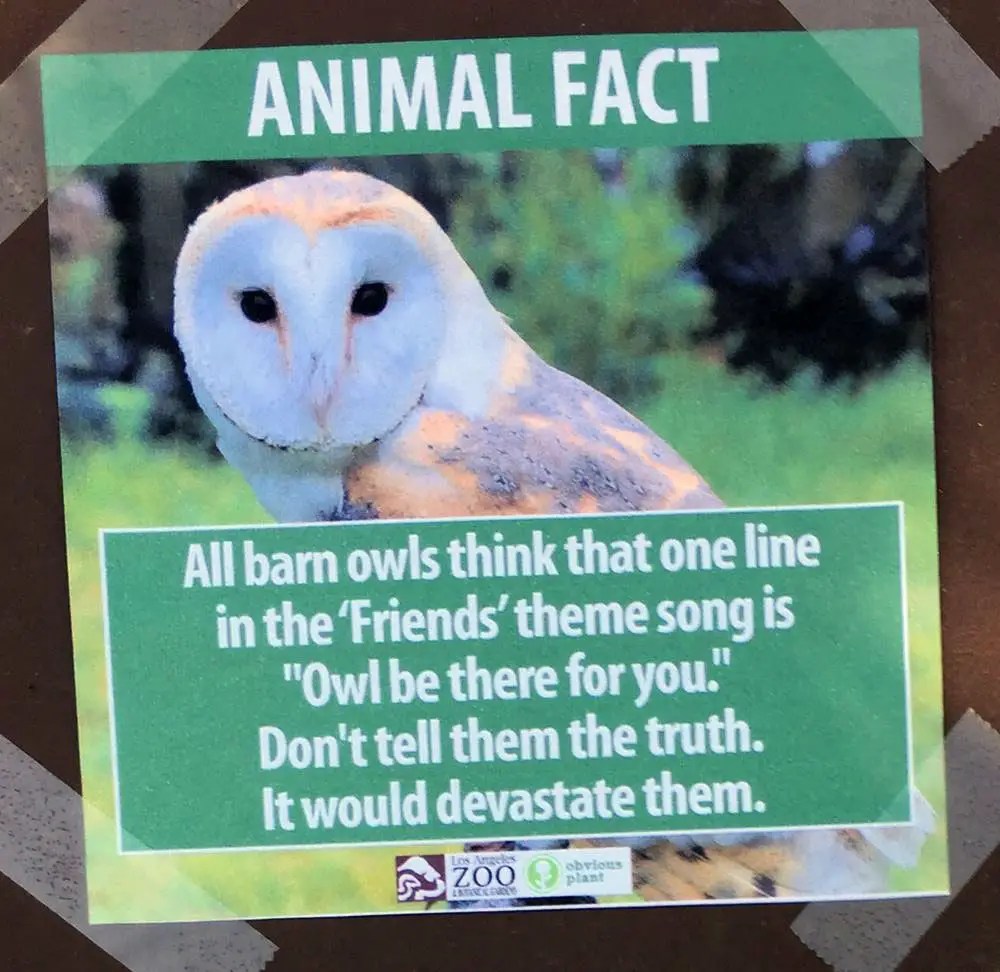 The California resident behind the blog Pleated Jeans likes to stir things up. He’s previously posted phony shopping tips at a grocery store, fake in-store reviews all over IKEA and a hilarious mock up of a Donald Trump medical brochure to a Doctor’s waiting room.

On June 29th of this year, Jeff executed his latest public prank by posting faux signs (all shown here) representing funny animal factoids around the Los Angeles Zoo. Each is signed off with his Obvious Plant logo. 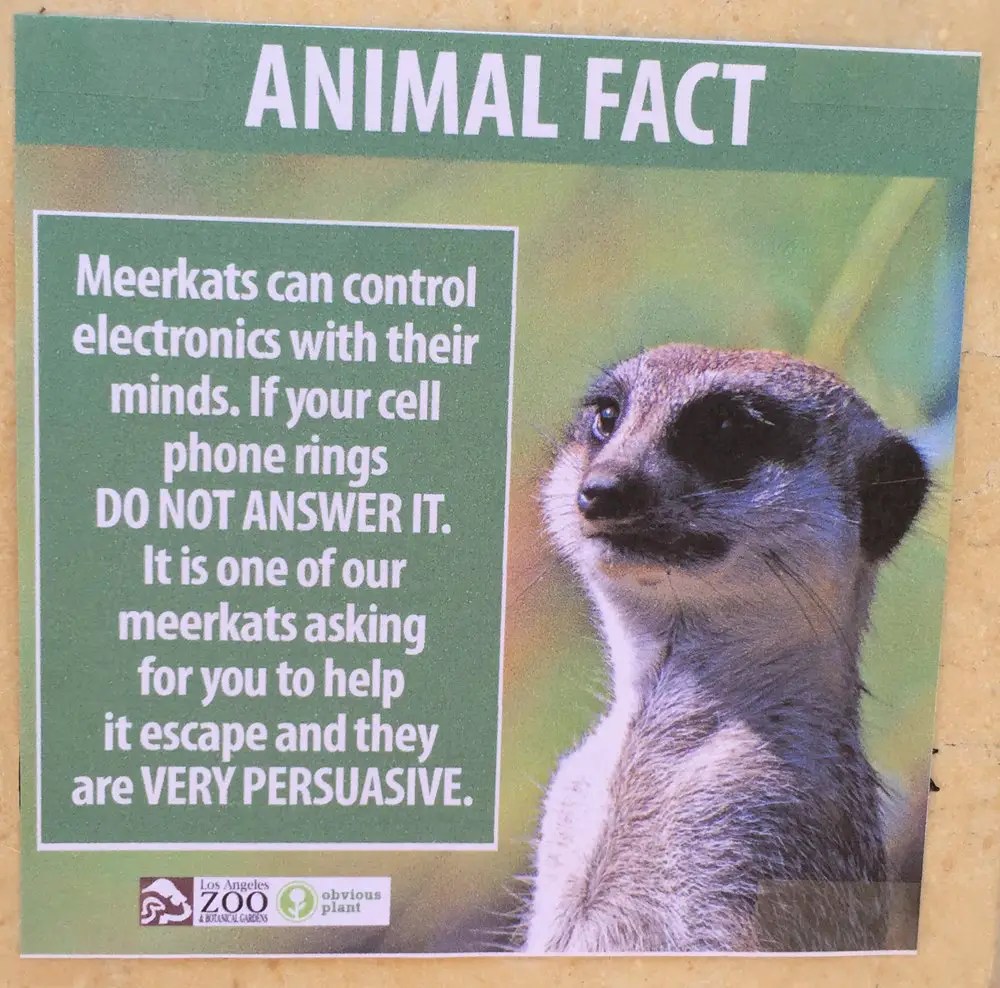 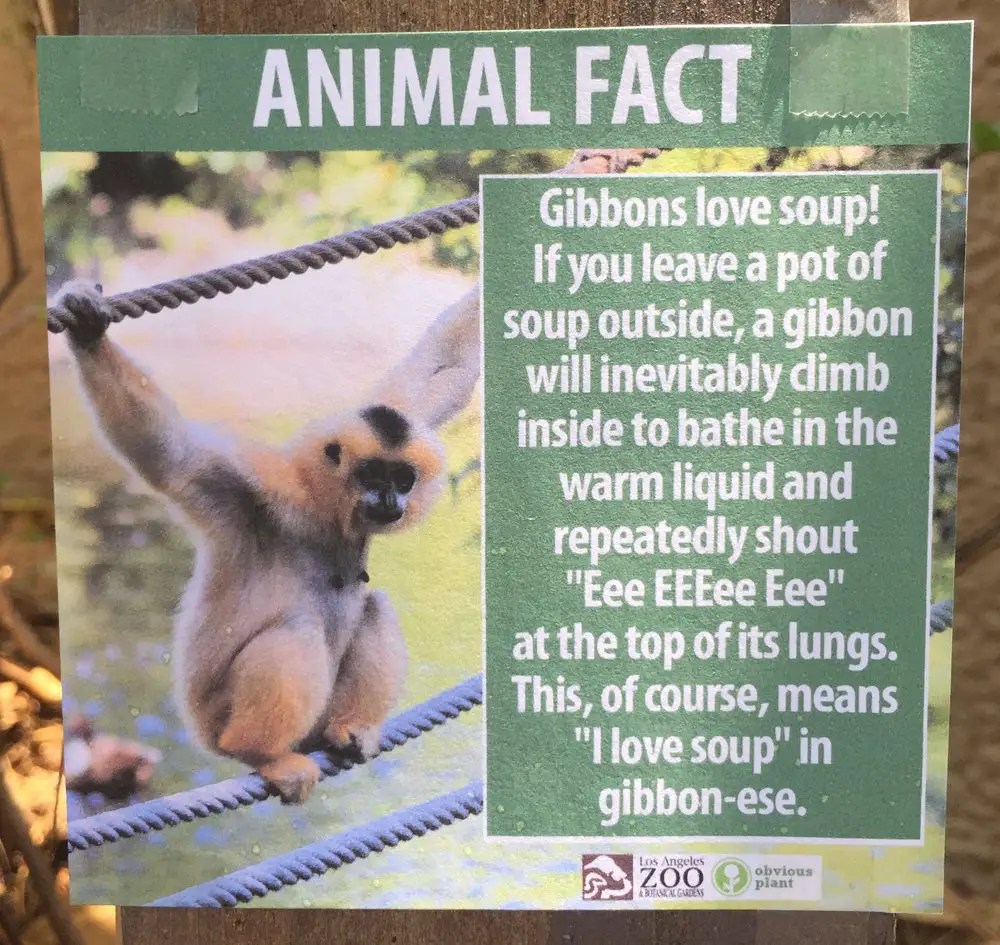 While the animals don’t get to giggle at them, it certainly makes for a more interesting, if not informative, trip to the zoo for literate humans. I don’t know if the Zoo has a sense of humor, but it would be nice to let the signs linger there for awhile.

Want to know more about Jeff? Daily Dot has an interview with the goofball here.