` Everything You Need To Know About The Lexus Hoverboard - If It's Hip, It's Here
Skip to content The exciting news? Lexus has finally completed the design and testing of their hoverboard after 18 long months. The disappointing news? It’s a prototype and is not, nor will it be, available for purchase. That said, I’ve got all the latest pictures, videos and information for you straight from Japan, courtesy of Lexus International. The Lexus Hoverboard is a project designed to showcase the innovation, imagination and design for Lexus International. Following the unveiling of the Lexus Hoverboard in June, Lexus is completing a full and final reveal of the project concluding a successful testing phase which took place in Cubelles, Barcelona. Mark Templin, Executive Vice President at Lexus International said: “Embarking on this project, we set out to push the boundaries of technology, design and innovation to make the impossible possible. With this project we call ‘SLIDE’, we collaborated with partners who share our passion for creating enjoyment out of motion. Even through combining our technology and expertise, we discovered making a hoverboard isn’t an easy process. We’ve experienced the highs and lows and have overcome a few challenges, but through mutual determination we have created a demonstration of our philosophy in design and technology to create Amazing in Motion.”

Unfortunately, Lexus has subsequently removed all their press videos of this

SLIDE
The Lexus Hoverboard film called “SLIDE” features the high performance GS F and is part of the fourth project in the Lexus “Amazing in Motion” campaign series that showcases creativity and innovation from the Lexus brand: (Video removed)

The Lexus Hoverboard project began 18 months ago through a collaboration with a team of scientists from IFW Dresden and evico GmbH, who specialize in magnetic levitation technology. Following extensive testing with pro skateboarder and hoverboard test rider Ross McGouran, in Dresden, Germany, the team were determined to push the hoverboard to its limits and conduct further tests within dynamic surroundings. 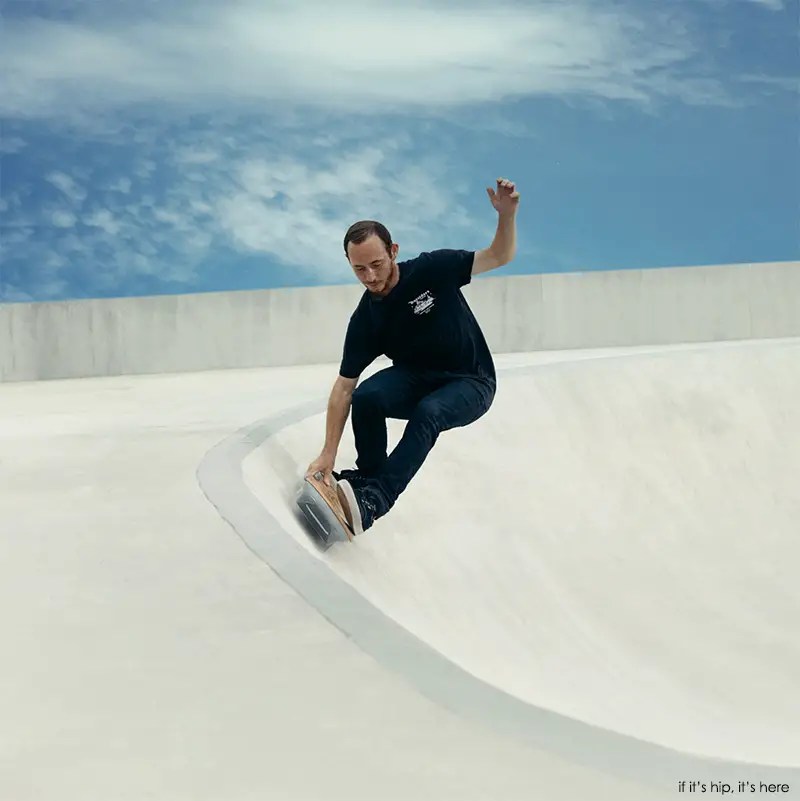 “I’ve spent 20 years skateboarding, but without friction it feels like I’ve had to learn a whole new skill, particularly in the stance and balance in order to ride the hoverboard. It’s a whole new experience,” said pro skateboarder and hoverboard test rider Ross McGouran. 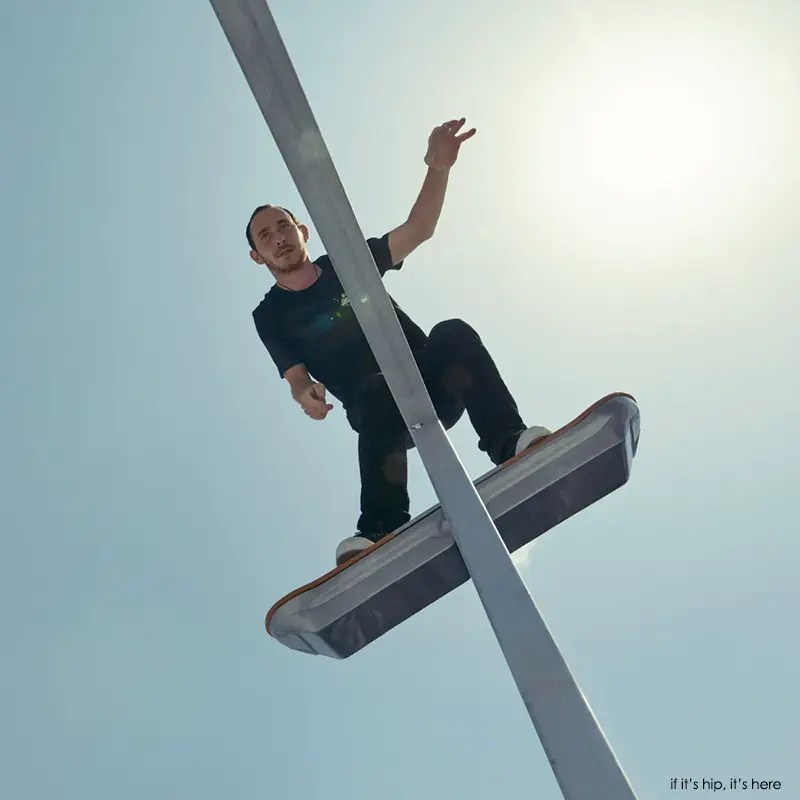 Since the Lexus Hoverboard was unveiled in June, testing has been carried out in a specially constructed hoverpark, combining elements from skate culture with technology within its architecture. Up to 200 meters of magnetic track was transported to Barcelona from the Dresden facility to lay beneath the hoverpark surface in order to create the dynamic test, offering Lexus the opportunity to demonstrate tricks no skateboard could ever perform, like travelling across water. 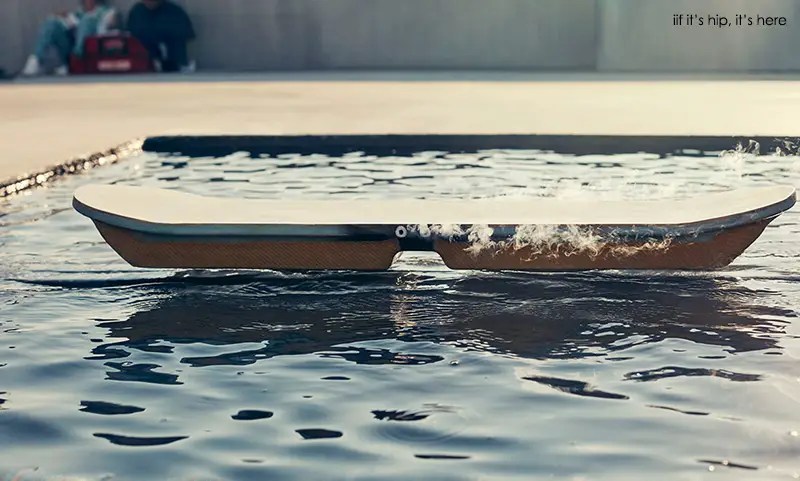 THE HOVERPARK:
Designing the park took old and new principles of motion and skateboarding, but also pushed the hoverboard test rider to re-master his abilities to discover how style, tricks and technique created the modern ride. THE TECHNOLOGY
The Lexus Hoverboard technology features two “cryostats” — reservoirs in which superconducting material is kept at -197 degrees through immersion in liquid nitrogen. 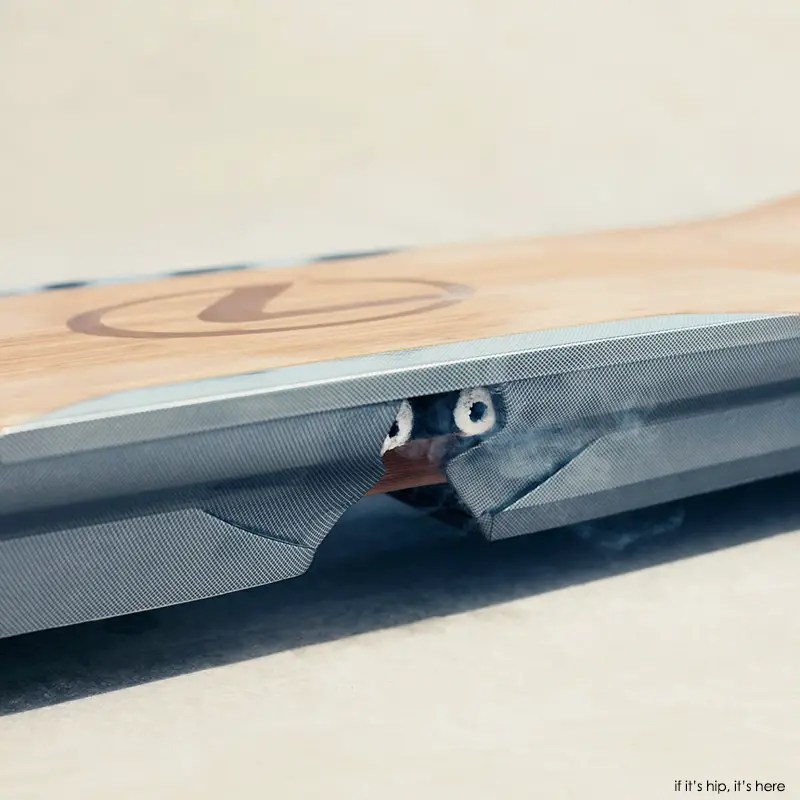 The board is then placed above a track that contains permanent magnets. Dr. Oliver de Hass, evico CEO, said: “The magnetic field from the track is effectively ‘frozen’ into the superconductors in the board, maintaining the distance between the board and the track— essentially keeping the board hovering. This force is strong enough to allow the rider to stand and even jump on the board.”

Every part of SLIDE required masters of design, technology and skateboarding to re-imagine their craft. The stories that came from this journey are as awe-inspiring as the final experience. Creating SLIDE required re-engineering core technologies and uncovering true technical innovations. From assembling maglev technology into a board, to finding the right combination of superconductors, magnets and liquid nitrogen – every step pushed the team to stretch the possibilities of technology.

INITIAL TESTING
It took months of testing to transform maglev technology into a refined track and board. From building a new track, to figuring out the perfect amount of lift, to our hoverboarder testing days on end to get the Lexus Hoverboard ready to ride. (video removed) Like all Lexus design, the board’s design features a balance of crafted details, modern materials and technical innovation. Inspired by classic skateboarding and Lexus design principles, the result is the perfect balance of the natural and high tech. “THERE IS NO SUCH THING AS IMPOSSIBLE, IT’S JUST A MATTER OF FIGURING OUT HOW” – Haruhiko Tanahashi, Lexus Chief Engineer

THE DETAILS
Aside from fitting big technology into a very small package, wrapped in a design that is uniquely Lexus, the Hoverboard features the iconic Lexus spindle grille signature shape and uses materials found across the Lexus brand, from the high tech carbon fiber to natural bamboo. 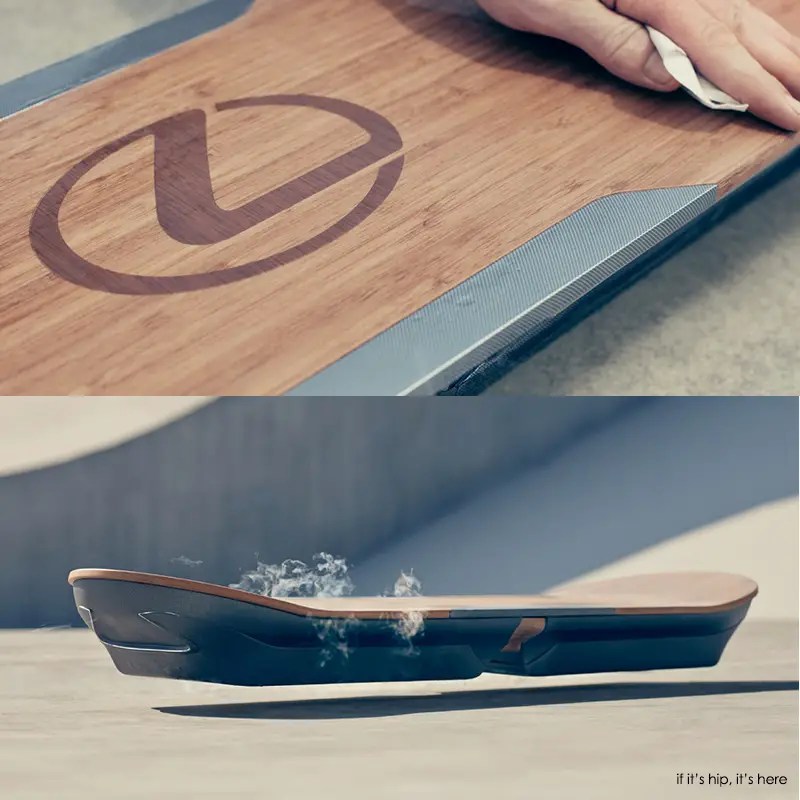 “Amazing in Motion” is an inspiring set of global projects, created by Lexus International to showcase its imagination, innovation and design excellence. It builds on the Lexus ambition to connect with the hearts, as well as the minds, of the consumer. SLIDE is the 4th in the series of the Amazing in Motion campaign.

The previous campaigns can be viewed at: amazinginmotion.com
information and videos all courtesy of Lexus International