` Corian and Concrete Anza Espresso Machines - If It's Hip, It's Here
Skip to content Over a year ago we brought a crowd-funded project to your attention: two beautiful, sculpturally designed espresso machines from the Montaag Design Studio in conjunction with an espresso repair shop which shared the same space in Berkeley, CA. Like many independent projects funded via Kickstarter and Indiegogo, it can take years for the product to reach fruition and ship to investors or “backers.” Often, during that time the products undergo more testing and get more feedback, resulting in refinement and changes. 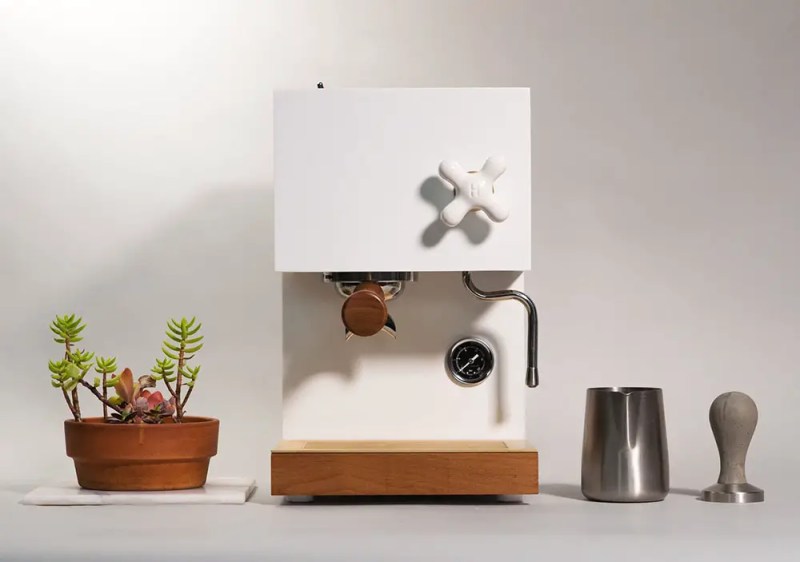 Such is the case with these two beautiful tabletop espresso machines from AnZa Coffee; A brutalist Concrete version and a refined White Corian Version. Both have undergone aesthetic and functional improvements since we first shared them with you and are now even more beautiful. Plus, they now come with a 2 year manufacturer’s warranty. 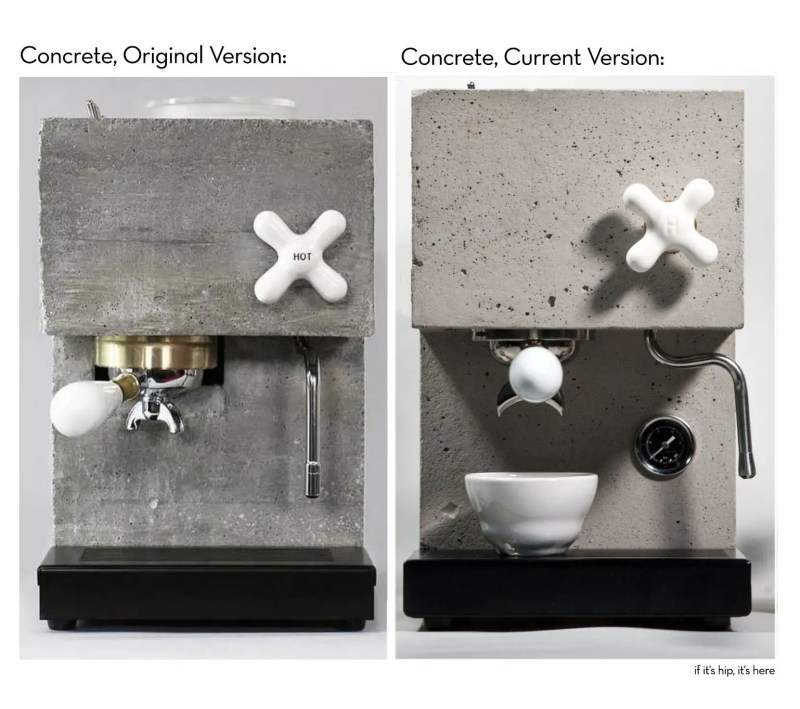 As you can see from the side-by-side comparison with the old version, the newly refined concrete espresso maker is not quite as ‘rough’, the power switch on top has been replaced by a refined button, the porcelain steam knob has been replaced with a newer version and the steam nozzle has moved to accommodate and a new temperature gauge. 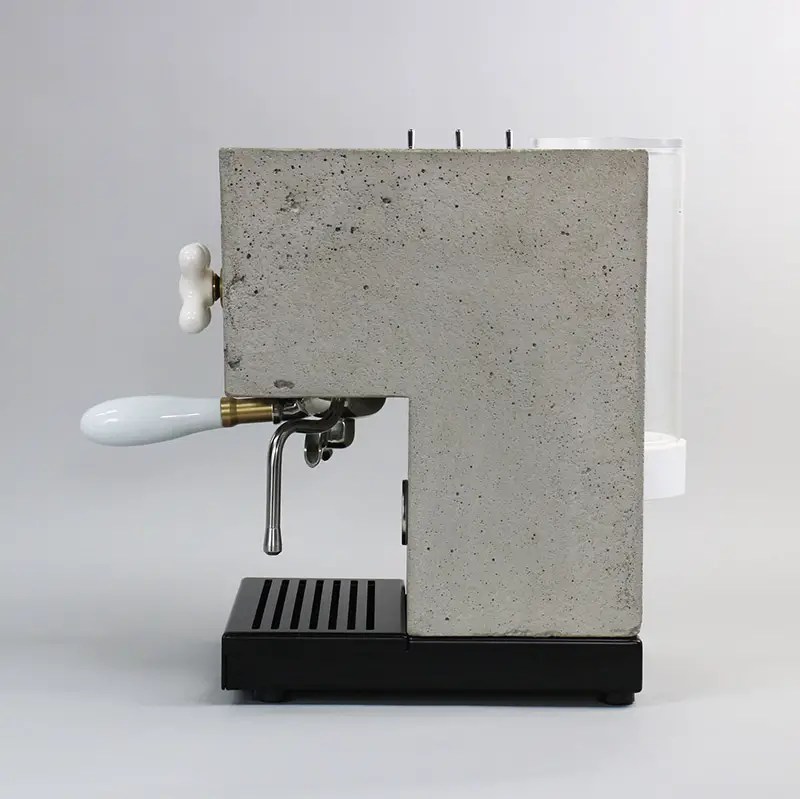 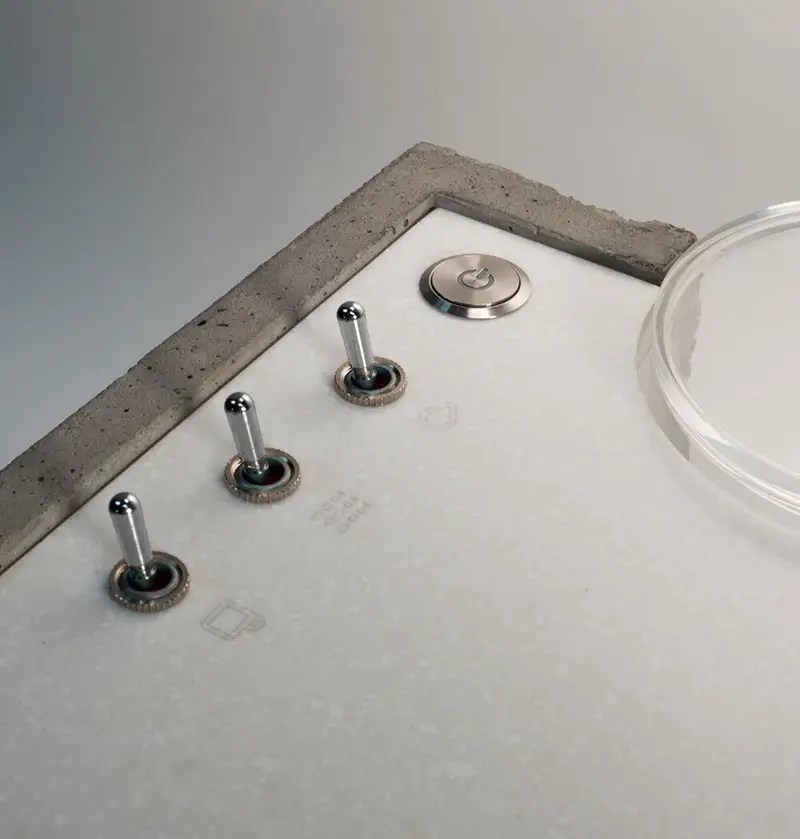 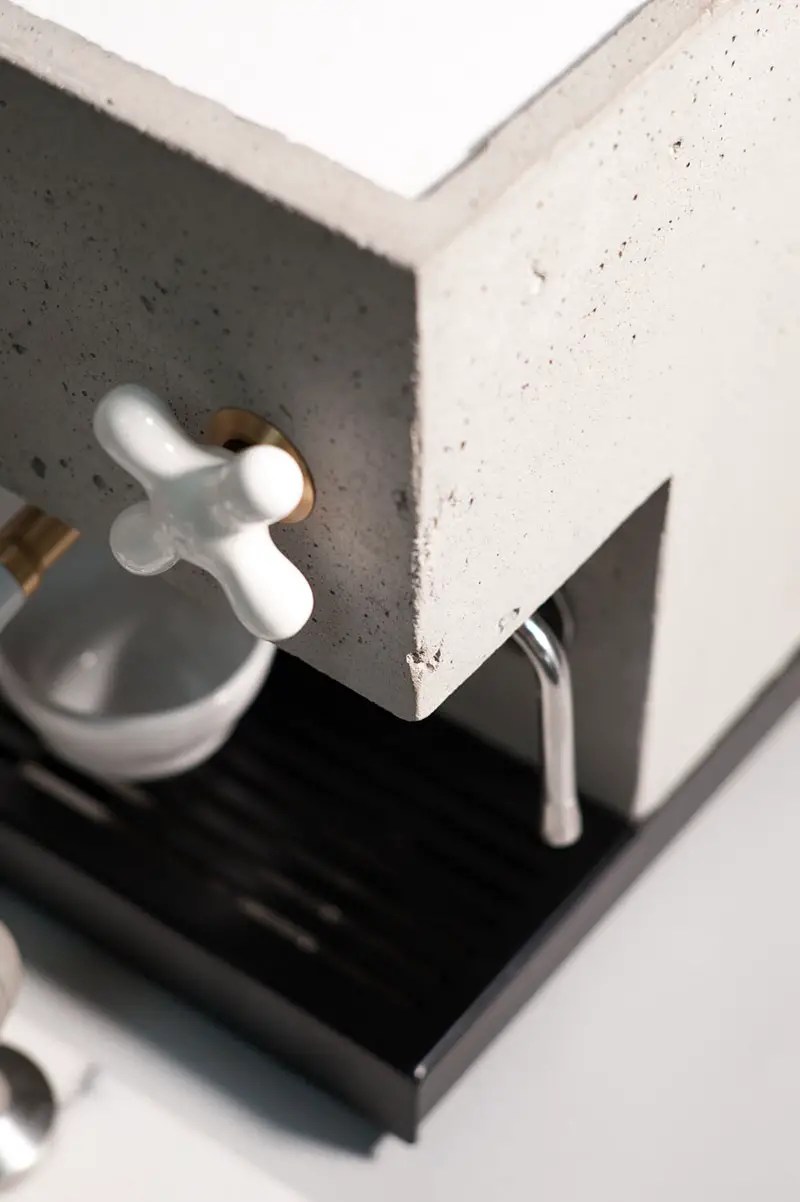 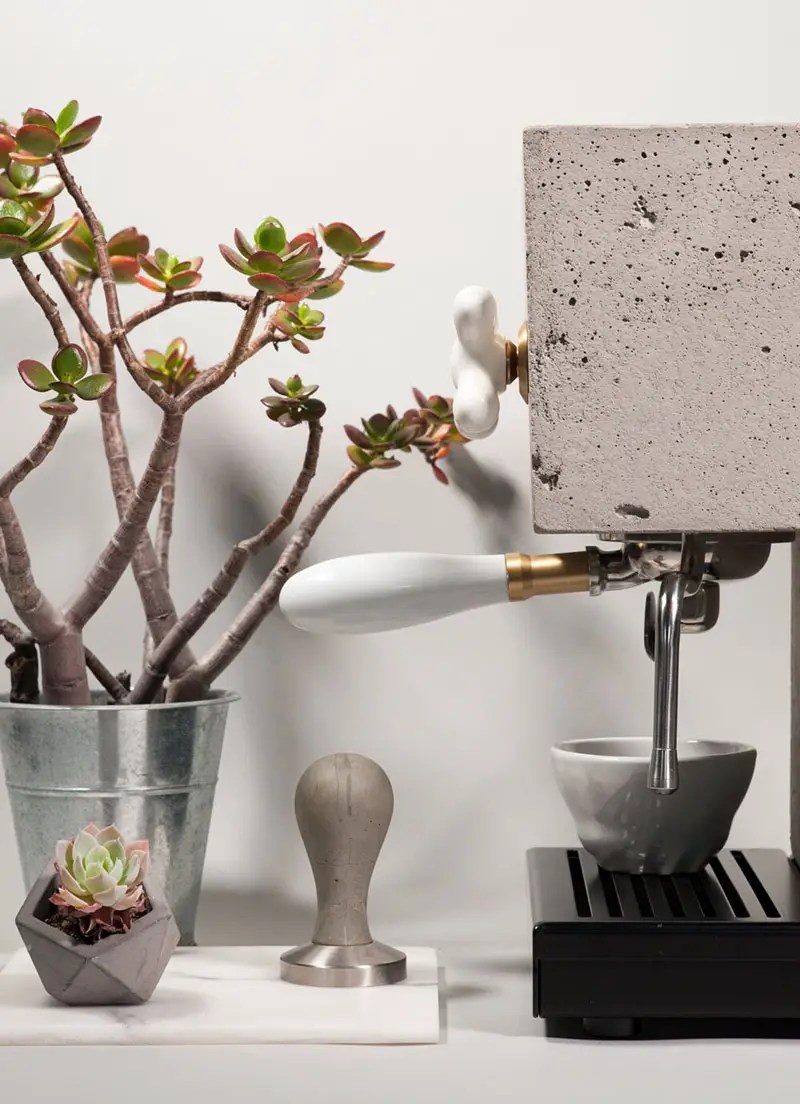 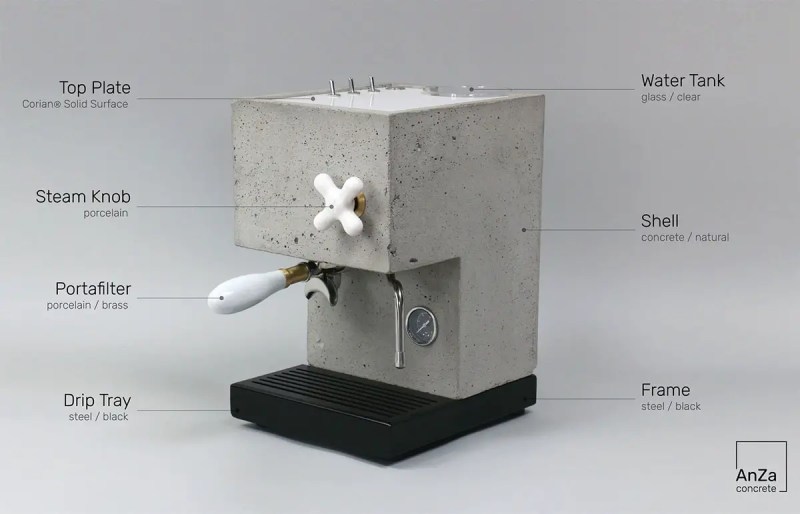 Like the concrete version, the Corian version has also been updated. The power switch on top has been replaced by a refined button, the old brass steam knob has been replaced with a newer porcelain version, the wood is warmer and streamlined, and the steam nozzle has moved to accommodate and a new temperature gauge. 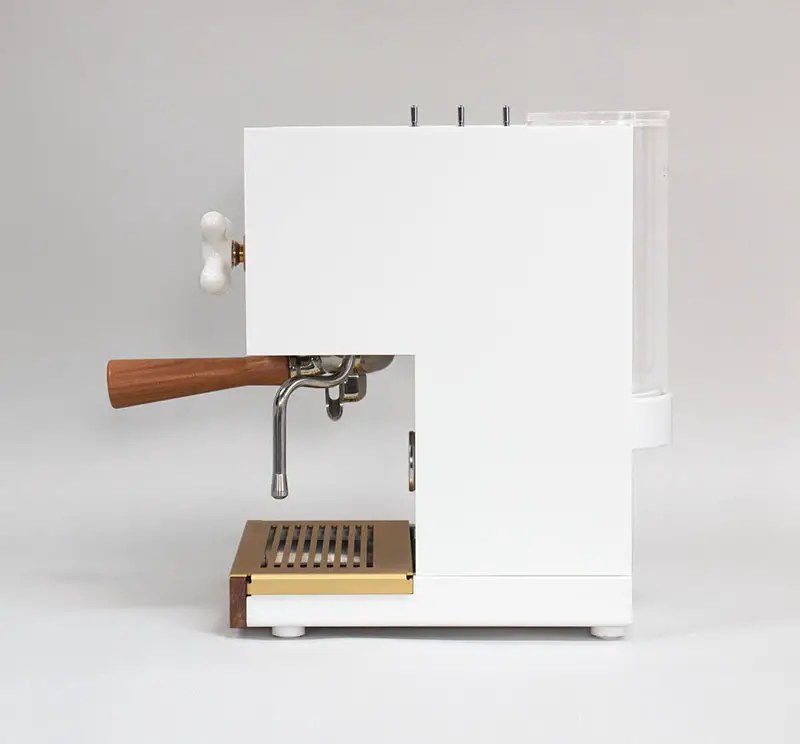 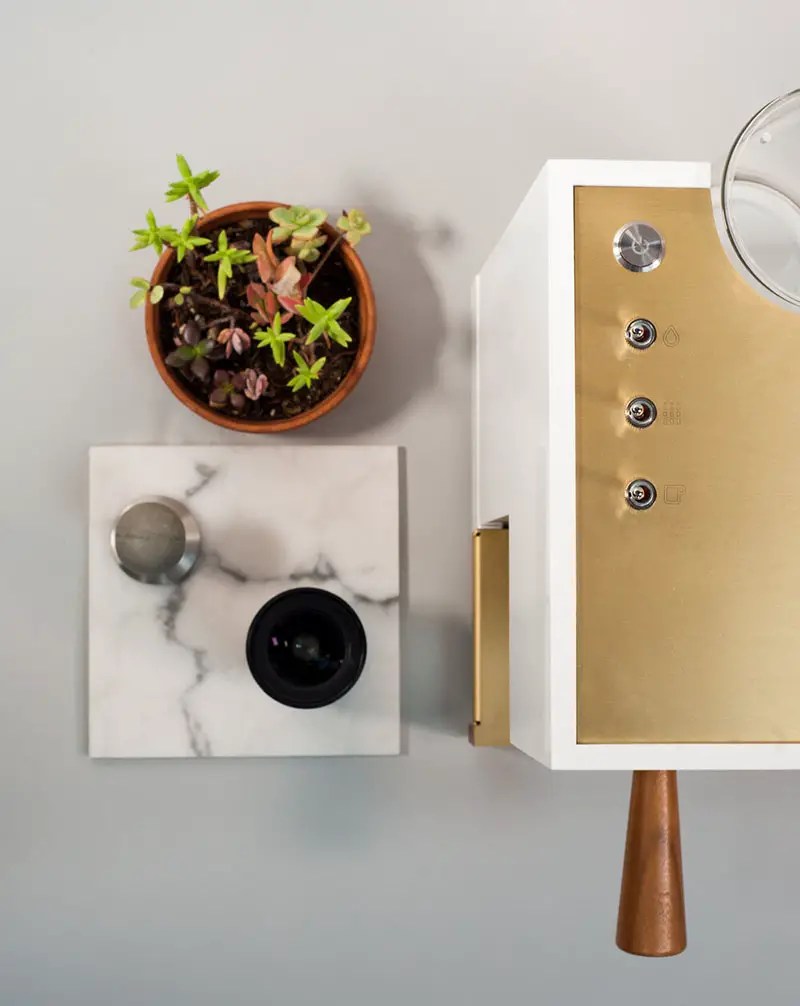 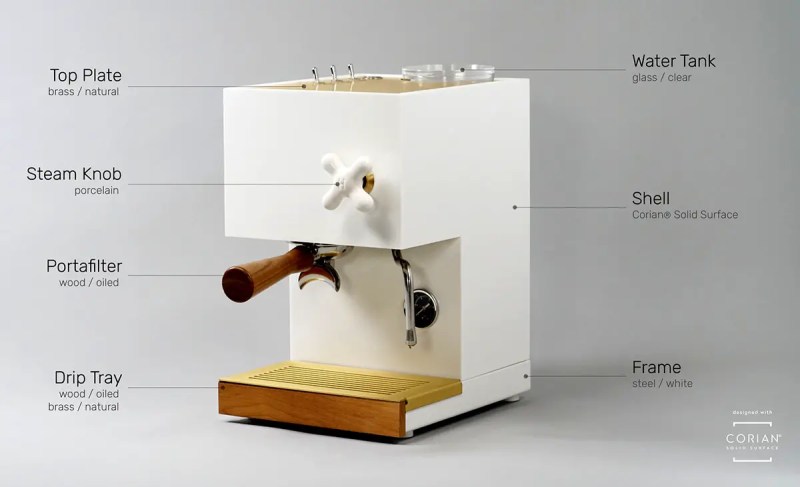 The Corian and Concrete Anza Espresso Machines are available in either a 120V or 240V version. Both retail for $1,295.00 USD.

You can purchase either one here.

all images and information courtesy of AnZa Coffee

The Timbre Speaker by Casey Lin

Getting A Leg Up On Furniture Design With Habit.