` Car Max Superbowl "Slow Clap" Ad is Well Done... And Then Done Again With Puppies! - If It's Hip, It's Here
Skip to content Car Max has released a nice new spot that will air in the upcoming Super Bowl. Then, as a bonus, they then went ahead and recreated it with puppies – claiming that if the Super Bowl has a “puppy version” then why not their ad? 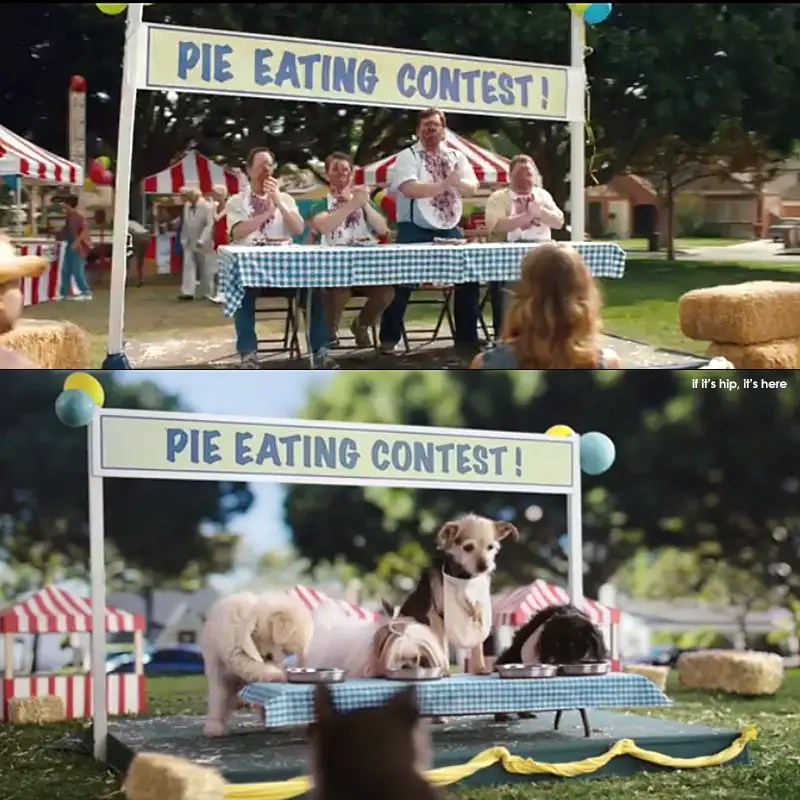 The premise is the same for the two versions: A customer leaves the Car Max lot and during his drive home receives the “slow clap” from everyone he passes. Even the cupid in a front lawn fountain breaks into the sarcastic applause. To add a little pop culture cameo, actor Sean Astin appears in the commercial referencing his role in the 1993 sports tearjerker ‘Rudy’.

The Car Max “Slow Clap” spot that airs during the game will only be 30 seconds, but here’s the extended version:

As if creating an entertaining spot for the Superbowl weren’t enough of a challenge, they then went ahead and recreated it with puppies:

A few more frame comparisons for you- because I had fun making them: 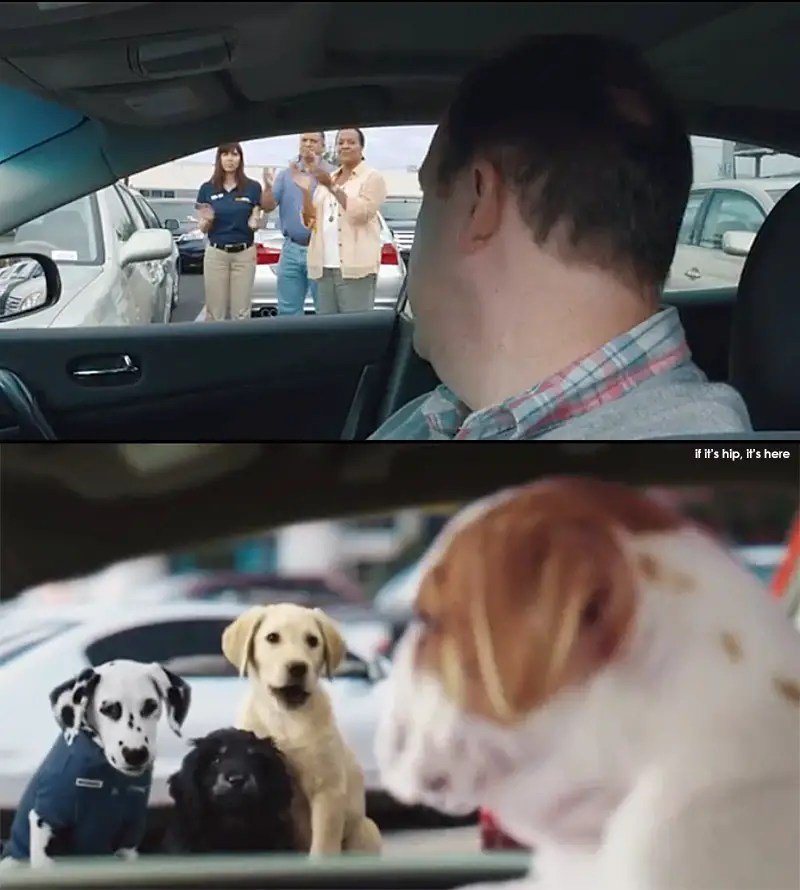 A shout out to Mashable for bringing this to my attention.

An Easter Treat: Pups and Peeps