` Blondel Chocolates and +41 Make Sweet Collaborations With Nike and Alife - If It's Hip, It's Here
Skip to content 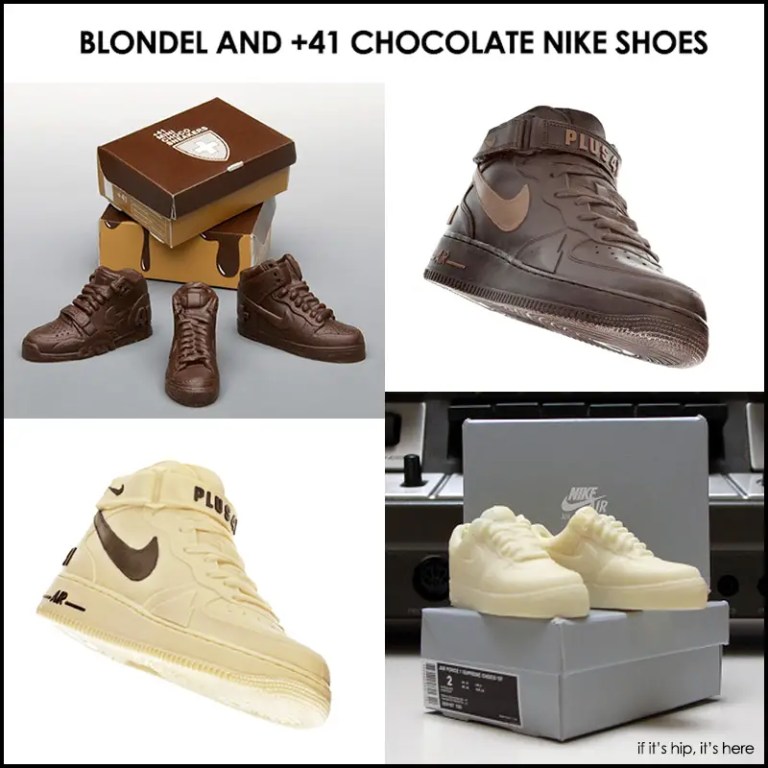 Blondel Chocolates in Lausanne, Switzerland certainly doesn’t look hip or trendy. But looks can be deceiving. Tucked away on a cobblestone street, it’s hard to believe they have produced some of the hippest chocolate collaborations of late (with some design help from the folks at +41). 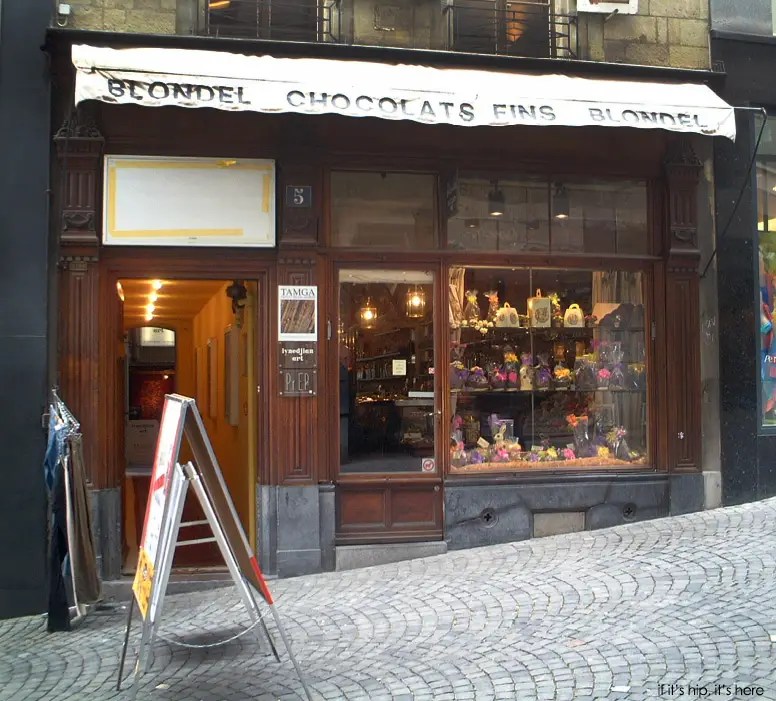 Above: The interior of Blondel Chocolats is always packed with both locals and tourists. Not available for purchase but equally delectable are +41’s large versions of the AF1 in dark and white chocolate: And here are a few pics of Blondel’s chocolate chief Bastien creating these yummy kicks: The designers at +41 also helped to commemorate New York’s ultra hot shoe and apparel store, ALIFE, ‘s debut in Switzerland this past June 19th at GRAND with a Blondel chocolate bar and choco-t shirt. The ‘ALIFE CHOCO-PACK’ (Choco T-Shirt and Blondel’s chocolate bar) were available only at the Grand boutique located at Traugottstrasse 9, near Escher-Wyss Platz, and Cellophane but both seem to be sold out everywhere. Blondel Chocolats began in 1850 and is world renowned for making delicious chocolates and confections. Be sure to stop by if ever in Lausanne! Above: chocolatiers Yves and Bastien in the kitchen of Blondel’s.