` Best Time To Go Pee During A Movie? There's An App For That. - If It's Hip, It's Here
Skip to content

Yes, there really is an app for just about everything. And RunPee is proof of that. The app, which is downloadable for the iPhone, Android and Windows phones, is pretty damn genius. Not only has Dan Florio come up with a wonderful idea for movie watchers with small bladders or enlarged prostates, but he has also created and implemented the app in such a way that it is truly helpful and more informative than one might think.

Note: The logo, social media sites and website are in desperate need of a redesign, but I’m going to disregard that for now. 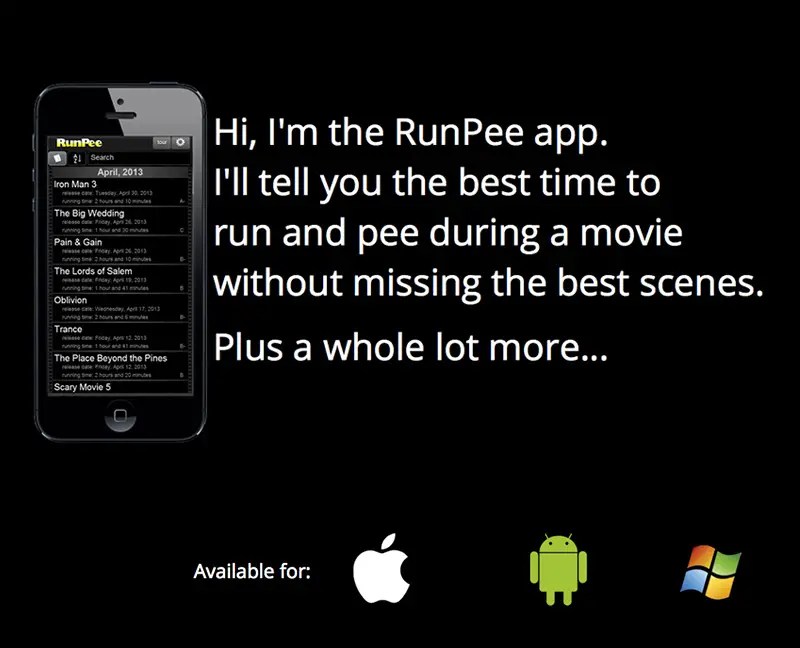 How Does It Work?
After carefully watching newly released and in-theater movies, RunPee determines the best “Pee Times,” 3-4 minute windows during which nothing crucial, extra funny or visually fantastic is occurring, for a large database of commercially produced films. 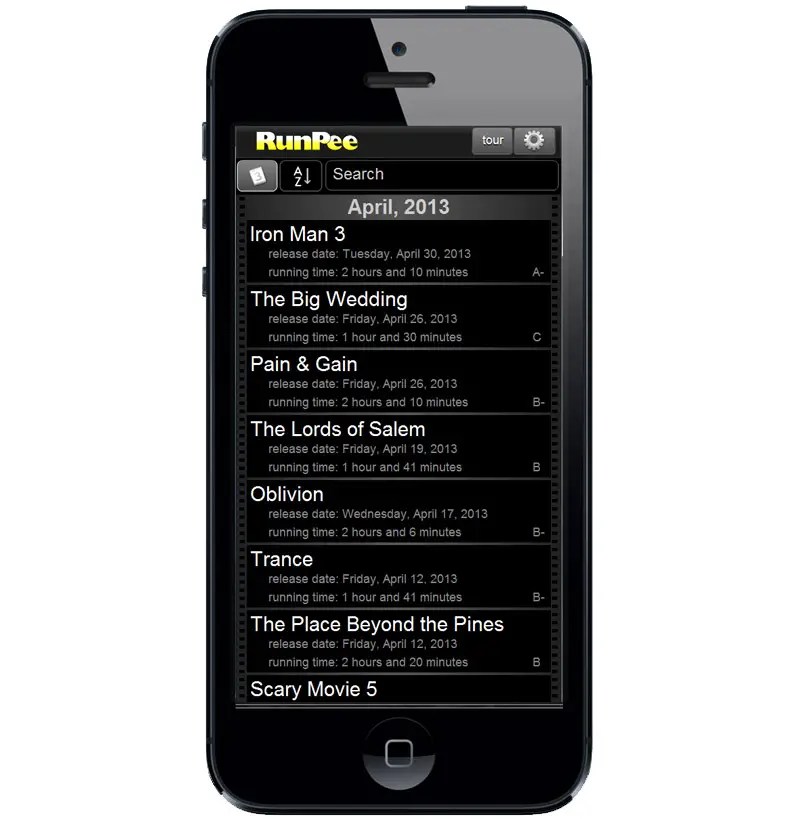 You start a timer at the beginning of the movie and your phone will vibrate (no bothering fellow movie-goers) a few minutes before each Pee Time so you can just sit back, relax and enjoy the movie. It offers “suggested Peetimes” – Not all peetimes are the same. Some are better than others. The apps have a short message before the peetimes informing you which one we would recommend using and which ones might be for emergency use only. 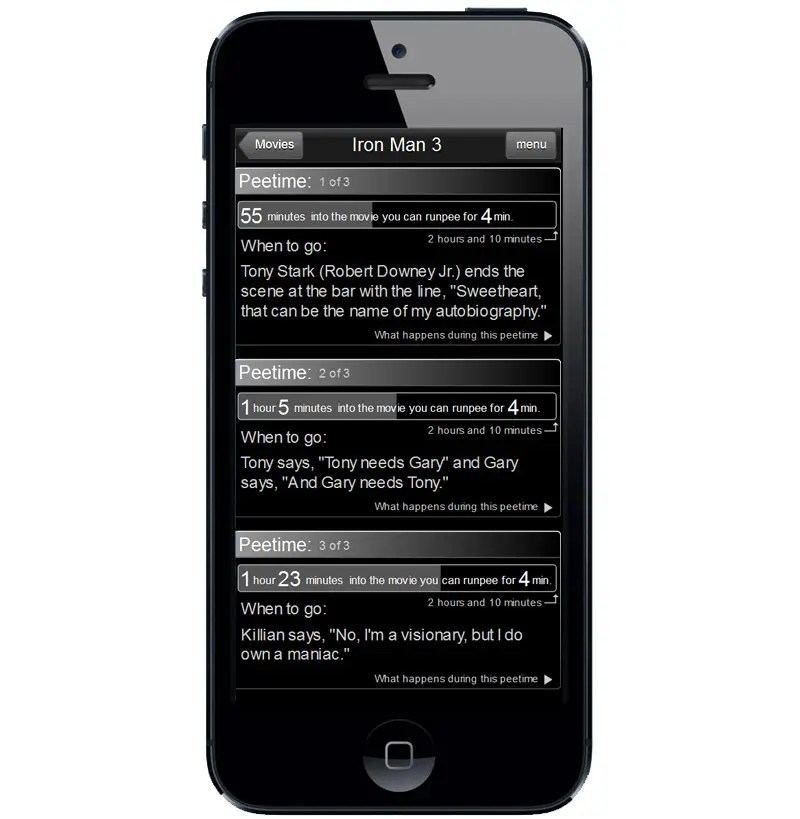 There’s even a synopsis of what you might miss during a particular Pee Time (you can read that on the toilet): Scanning the movies to find these times where you need not worry you wasted your hard-earned movie ticket money and you can slip right back into the movie, able to pick up where you left off without having missed anything major, is only part of the app. • Gives you a synopsis of the first 3 minutes of most movies just in case you’re running late. 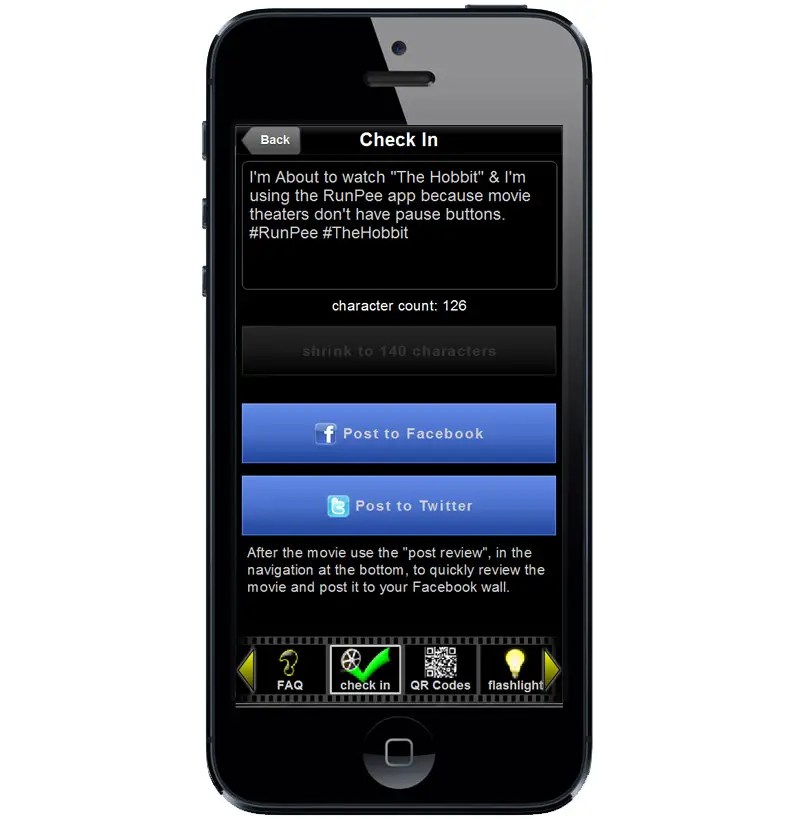 • Lets you know if there is anything during or after the end credits that you should stick around for like bloopers, outtakes, epilogues or funny jokes. No more waiting 8-10 minutes for nothing. [Note: This is also very helpful for those movie theaters with crowded parking lots so you can just duck out the second the movie ends] 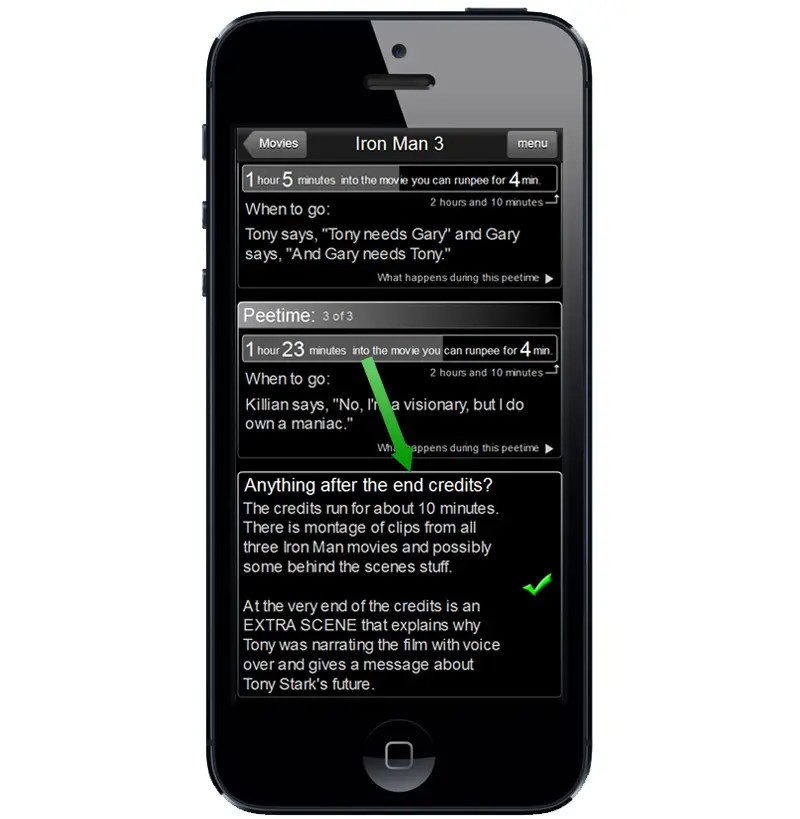 • Quick access to RottenTomatoes.com ratings as well as information about the cast and crew from IMDb.com • Uses local storage to store movie data on your phone for use later when in case you are offline inside the theater.

• Sign up for an e-mail notification as to when a movie is released on DVD/Blue-Ray. 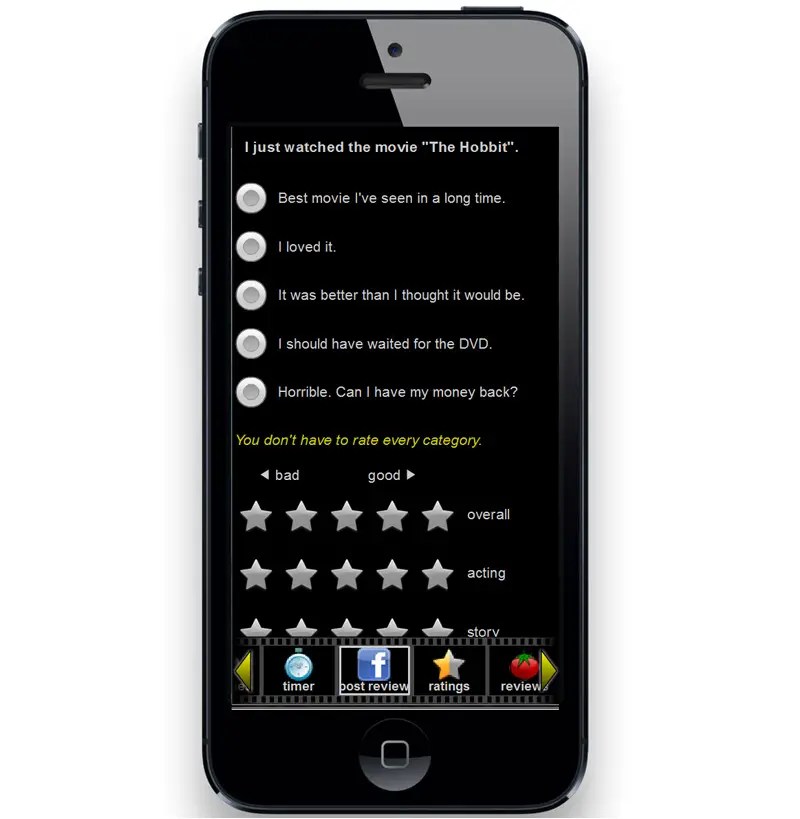 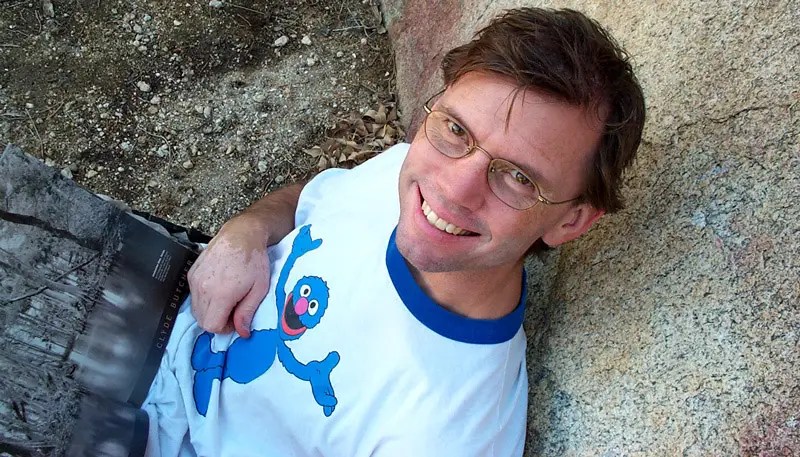 above: Dan Florio, the brainchild behind RunPee, came up with the idea for the app while watching the 2005 three hour remake of King Kong.

In addition to the aforementioned, the Run Pee page on Facebook also gives you a peek at movie trailers for upcoming releases and reviews of new movies.

With the help of movie critic, Shanee Edwards, who now works for the folks at RunPee, they have access to movie screenings before a movie is released to the public, so that in most cases PeeTimes for a newly released movie are posted quickly.

The app is only .99 cents, which is a great bargain.