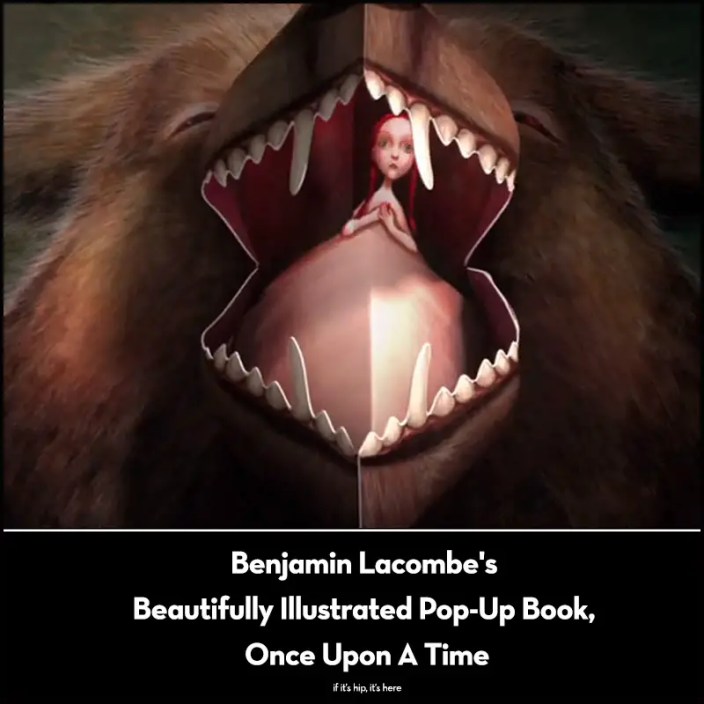 above: detail from Madame Butterfly illustration by Benjamin Lacombe

The book was first published November 2009 in France by Seuil Jeunesse, then recently published in Spain by Edelvives and soon to be published in Italy. The book is not available in English- at least not yet.

Below is a spectacularly produced promotional video (truly as beautiful as the book itself) for the book by Romain Berthou and Laurent Covet from B&C Wall , a Paris collective of directors, character designers and CG animators.

The cover and some images from the book: Here are some of his background illustrations or the book before the mechanics and 3D pop up parts were added. About the artist (from his site): Benjamin was born in Paris in 1982.
In 2001, he attended the ƒcole Nationale SupŽrieure des Arts DŽcoratifs of Paris (ENSAD) where he pursued his artistic education. In addition to his studies, he worked as an advertising and animated movie artist before completing his first comic series at the age of 19, along with a few other illustrated books.

His final project “Cherry and Olive“, which he has both written and illustrated, became his first children’s book and was published by Les ƒditions du Seuil in March 2006. The following year, it was released by Walker Books (USA) and nominated one of the top 10 children’s books for the year 2007 in the U.S.A. by the prestigious weekly news magazine Time.

Since then, Benjamin has written and illustrated numerous books. He has notably worked with Albin Michel, Barefoot Books (USA), Edelvives (Spain), Hemingway Korea (Korea), Milan, MaxMilo, Sarbacane, Soleil, Walker Books (USA) and of course Le Seuil Jeunesse, the publishing house which has issued most of his books.

Benjamin exhibits his work on a regular basis. Among others, it has been displayed in the following art galleries: Ad Hoc Art (New York),L’art de rien (Paris), Dorothy Circus (Rome), Maruzen (Tokyo), etc…

Benjamin lives and works in Paris with his dog Virgile, often found hiding among the pages of his books.

And You Thought Sharpies Were For Writing Your Name In Your Undies.

A Prescription For Art. ‘Meds’ by Psychotherapist and Sculptor Jon Harvey.