` Art Embellished Fiberglass Shell Chairs by Modernica - If It's Hip, It's Here
Skip to content These Art-embellished fiberglass Case Study® chairs are a wonderful option for lovers of contemporary art and mid-century modern furniture. Made by Modernica, the fiberglass shell chairs are created by hand, one by one, using the original molds and processes from Charles Eames’ original 1948 design and feature officially licensed artwork by Jean-Michel Basquiat, Keith Haring and Shepard Fairey. Fiberglass Shell Chairs were originally designed in 1948 by Charles Eames as an entry in The Museum of Modern Art’s International Design Competition, and have become of the most important and recognizable designs of the twentieth century. The fiberglass construction ceased in 1983 and now Herman Miller only sells licensed molded plastic versions.

Modernica, on the other hand, began selling molded fiberglass shell chairs by first buying remnant stock from the Eames’ production factory and then began creating their own chairs, using the original molds and processes. Despite not being ‘officially’ Eames, the Modernica Case Study chairs are excellent facsimiles of the original. Each fiberglass shell is created by hand, one-by-one, in Modernica’s Los Angeles factory. 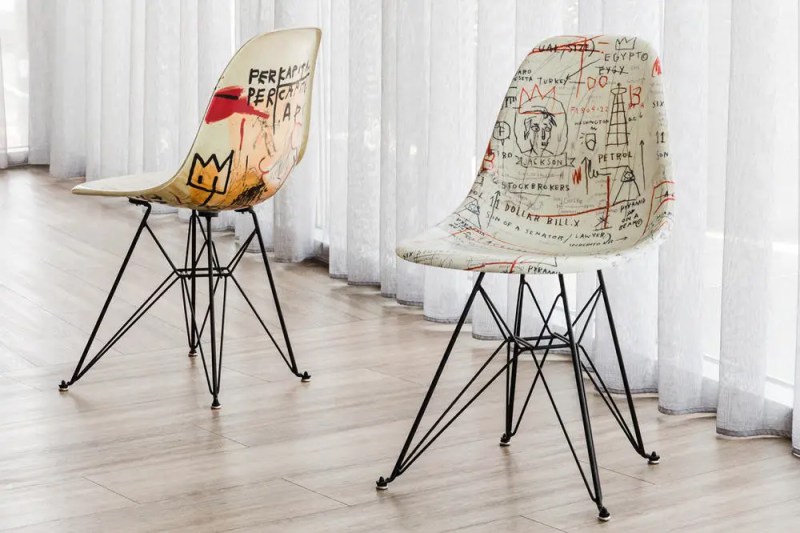 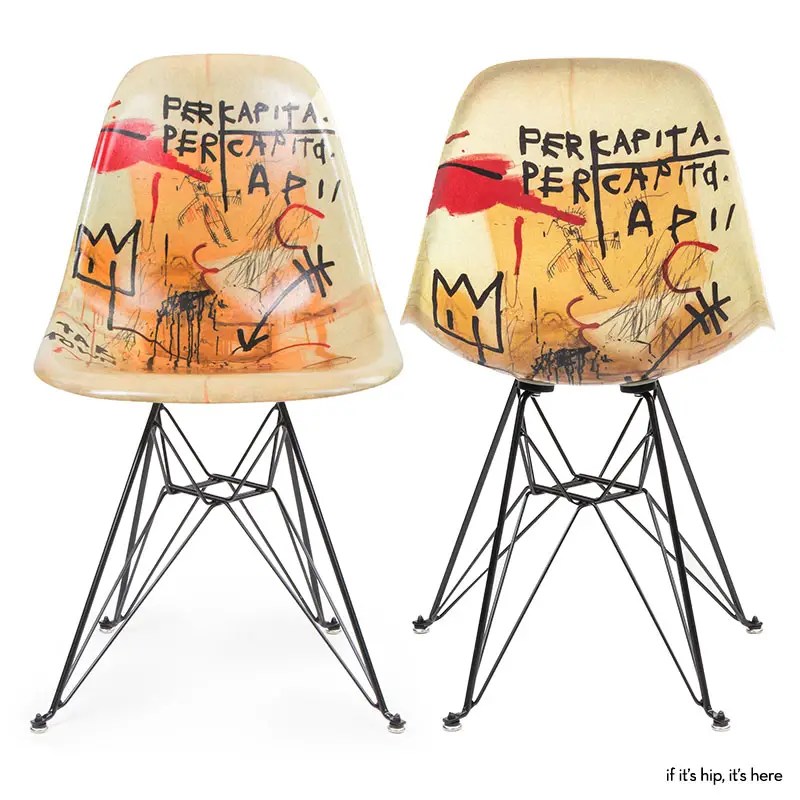 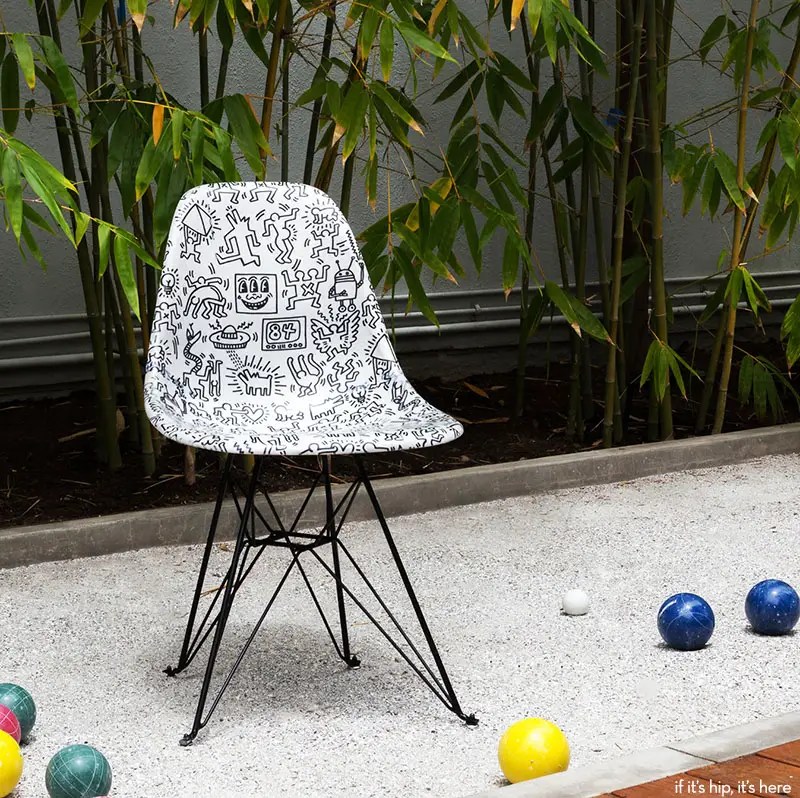 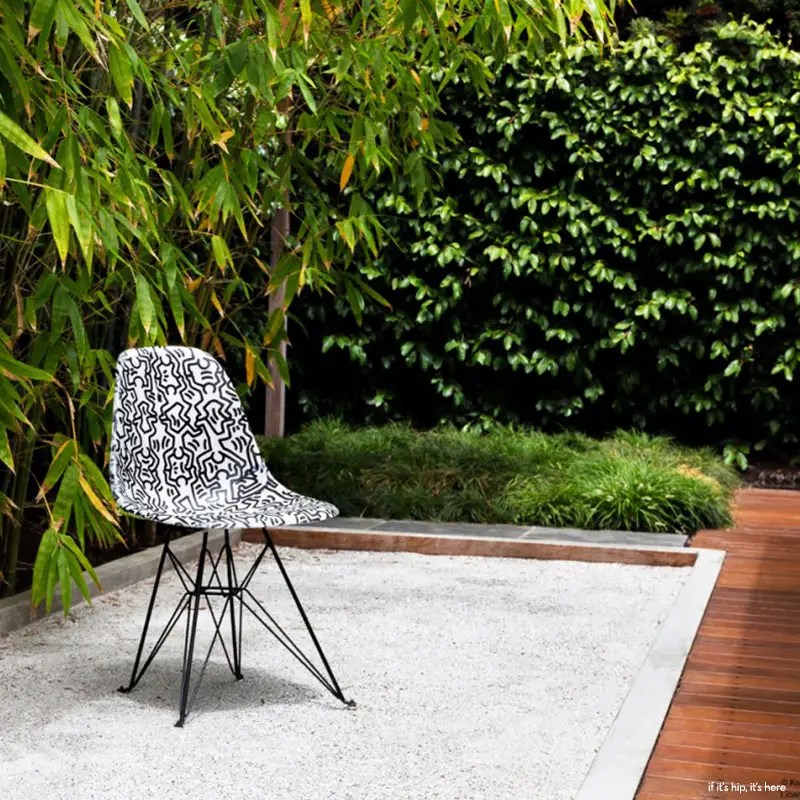 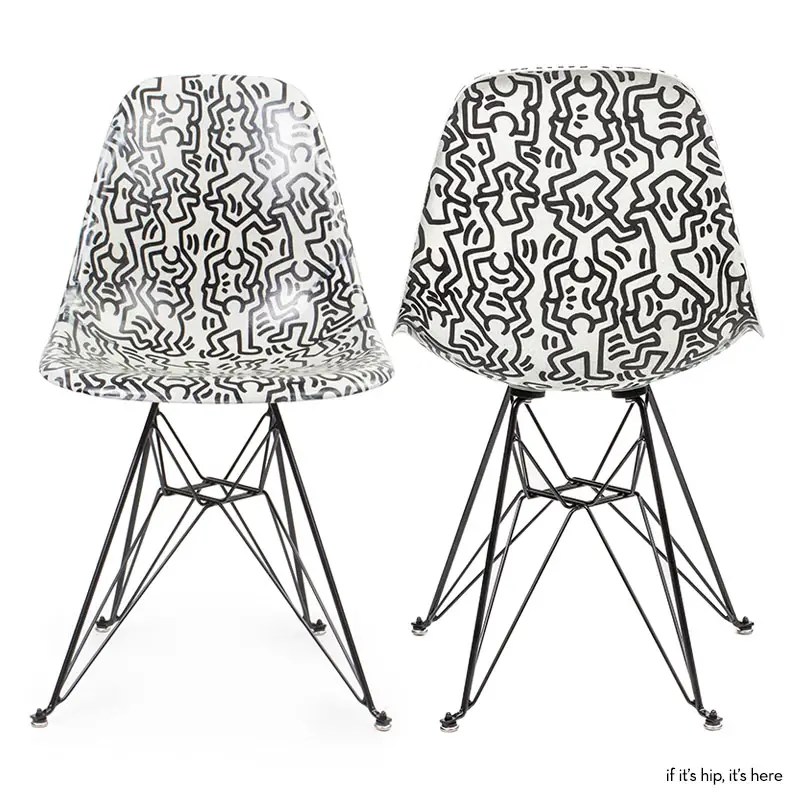 The Artestar licensed Jean-Michel Basquiat and Keith Haring Case Study Side Shell chairs both have the metal Eiffel base and require some assembly. The Modernica Shepard Fairey Case Study Side Shell Dowel Chair is a special limited edition created exclusively for Beyond The Streets. The chair features college and patterns that have become signature motifs in Shepard’s work and is limited to a production of 500. Modernica sells the Jean-Michel Basquiat and Keith Haring Case Study Side Shell chairs with Eiffel base for $495 + free shipping here.