The 14th century castle is most famous for its ties to Bram Stoker’s 1897 novel, “Dracula.” According to folklore, Prince Vlad the Impaler, the historical warlord who inspired the fictional story, spent time locked up in the castle. 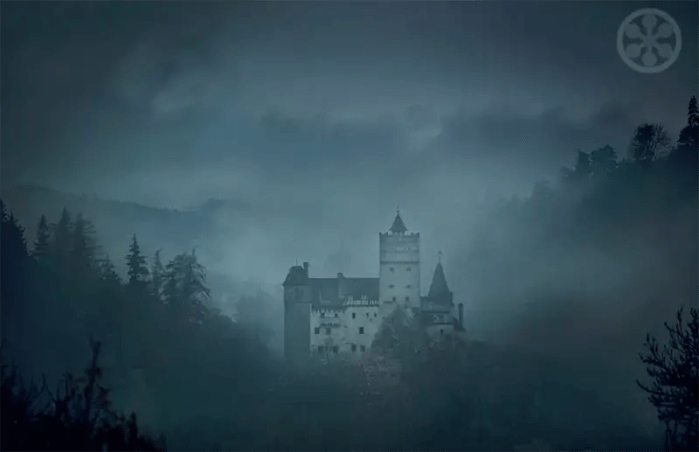 Bram Stoker’s character, Dracula, is a Transylvanian Count who is often confused with Vlad Tepes (Vlad the Impaler), sometimes known as Vlad Dracul, who was a Walachian Prince with a castle, now in ruins, located in the Principality of Wallachia.

Because Bran Castle is the only castle in all of Transylvania that actually fits Bram Stoker’s description of Dracula’s Castle, it is known throughout the world as Dracula’s Castle. To enter all you have to do is answer this simple question: “What would you say to the Count if you were to come face-to-fang with him in his own castle?”

Below is the actual Airbnb listing: Nestled in the Carpathian mountains, high in the heart of Transylvania, lies the home of the most chilling tale of the nineteenth century. Are you brave enough to test the myth? 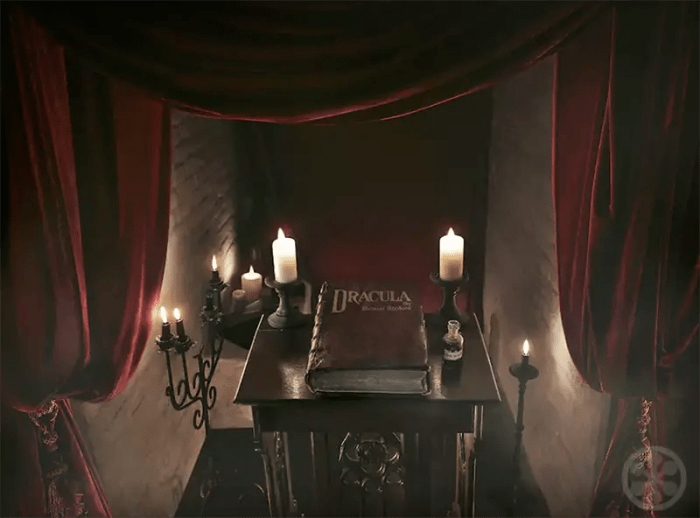 A horse-drawn carriage carries you swiftly through Transylvania as the sun sets towards the horizon, heralding the hours of swooping bats and howling wolves. When you come around the final bend on the tree-lined road, you’ll catch a glimpse of Bran Castle. This misty mountain-top manor is home for the night. The chill that suddenly fills the carriage is not the evening mist, it’s a fear older than the forests now grown up around the castle rock. This is the lair of vampires, and you cannot leave until dawn. Dacre Stoker, Bram Stoker’s great grandnephew, will answer your knock on the castle’s imposing wooden doors. He will be your host for the night, and resident expert on Transylvanian lore. Enter the castle and explore the labyrinth of lamp-lit corridors, creepy nooks, and squeaky staircases while there is still light in the sky. You may traipse through all fifty-seven rooms, from lofty tower lookouts to deep dark crypts, and even enjoy an incomparable view of the Carpathians from the terrace as the sun makes its final descent. But once darkness comes, retreat inside. Unexpected guests have been known to come knocking in the moonlit hours. A secret passage on the first floor leads to the grand dining room where an intimate candlelit dinner will await, prepared exactly as described in Bram Stoker’s novel. Following the hearty, blood-enriching meal, you will be left to sleep in luxurious velvet-trimmed coffins in the seclusion of the Count’s crypt. Fall asleep to the creaks and whispers of the Transylvanian night, and the sound of wolves roaming outside the castle walls.

“Listen to them, children of the night, what music they make…”

The entry
Your dark imagination and deep knowledge of vampires will prepare you well to answer this simple question: What would you say to the Count if you were to come face-to-fang with him in his own castle? Show us your vampiric wit by 11:59 p.m. CET on 26th October 2016 and you could be sleeping in his crypt as the witching hour approaches.

Not a local in Transylvania? No worries. Winners will be flown in from anywhere in the world.

Guest Access
You and your guest should be over 18 years old. You must be available to spend the night on 31st October – 1st November 2016.

Enter freely, go safely, and leave some of the happiness you bring.

Other Things to Note
Submissions should be between 50-500 characters in English, French, German, Spanish, Italian, Russian or Portuguese and 100-300 characters in Chinese (Simplified or Traditional), Japanese or Korean. Please read the full contest rules under “House Rules” below.

House Rules
• No garlic or garlic-scented items allowed
• You are kindly requested to leave your silver jewellry at home
• Do not cross the cutlery. In fact, please refrain from placing anything in a
• Cross formation
• Beware of the bats in the castle tower
• Please close all curtains before sunrise
• The count is not a fan of mirror selfies

To participate in the Contest and to try to win the prize described below, you have to do the following

:
1.) Sign in with an Airbnb account
2.) Go to the Dracula’s castle in Transylvania competition listing page
3.) Click on the “Enter to Win” button
4.) In the form provided write an artistic and creative story – of between 50 and 550 characters in English, French, German, Spanish, Italian or Portuguese and between 50 and 300 characters in Chinese, Japanese or Korean – explaining what would you say to count Dracula if you were to meet him in his castle (the “ Submission”).

images and information courtesy of Airbnb and Bran Castle