The 2011 Lavazza Calendar by Marc Seliger is out now and this year it captures the romance of “Falling In Love In Italy” as seen through the photos of the celebrity photographer amongst the beautiful backdrops of Italy’s cities and countrysides. The annually produced calendar, which is not available for purchase but instead is designed for Lavazza’s clients, has bimonthly shots that feature six couples engaged in love, including actress Olivia Wilde and her husband Tao Ruspoli, with Italy as the backdrop.

In a typically Italian cafe, a modern Cupid is enjoying a Lavazza espresso to pick himself up, before beginning his workday. A gentle reawakening with the Capri promontory in the background, for the two lovers reclining on the beach in the pale light of dawn. 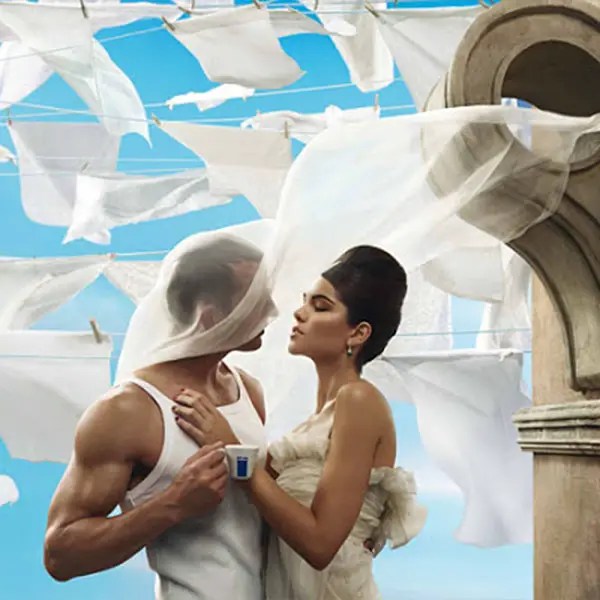 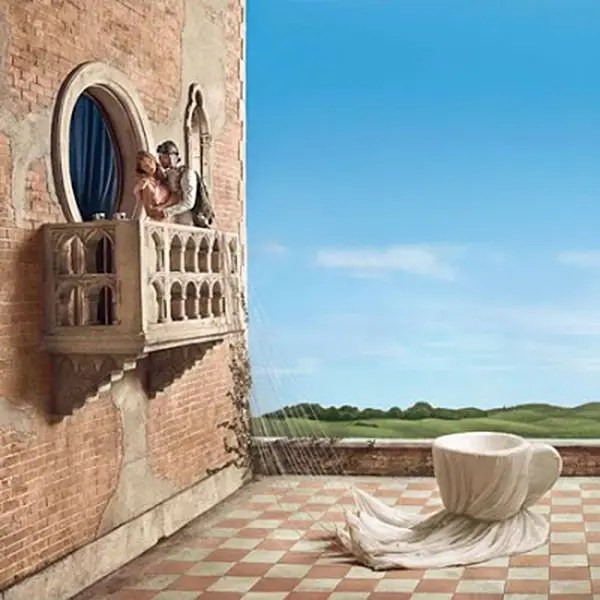 Verona: the famous lovers’ balcony and a modern Romeo, who unexpectedly dropped down from the sky, with his parachute on a sculpture shaped as a coffee cup. 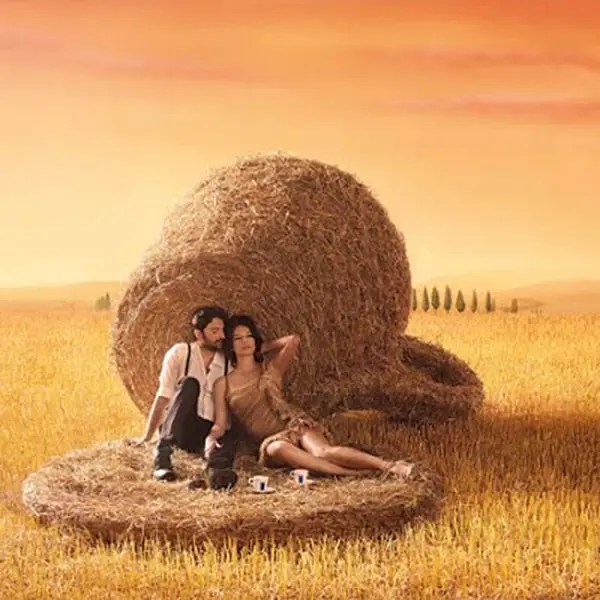 In a field of wheat — a typical Tuscan landscape — two lovers take a break behind a haystack, which has the shape of a coffee cup. 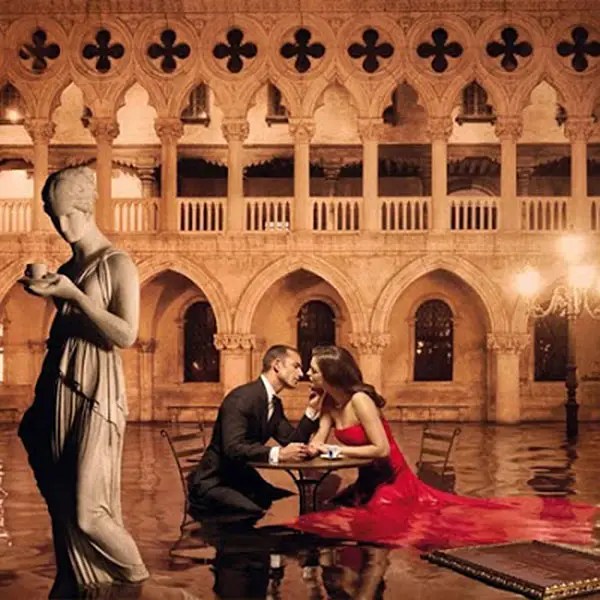 In a traditional Italian garden, two young lovers are surrounded by plumes of fireflies, all attracted by the flavour of espresso.

The “Making Of” video:

Backstage at the photoshoot:

Olivia Wilde talks about her marriage and appearance in the 2011 Lavazza Calendar:

The theme Falling in love in Italy is a statement that Lavazza has been proudly promoting for years, thanks to a series of international photographers, through the pictures of its advertising campaigns, linked to the company’s famous calendar and enjoyed by people all over the world.

Three Calendar pictures (Naples, Tuscany and Venice) were chosen to convey the mood and sensuality of a couple falling in love, captured by Seliger and enhanced by the perfect backdrop of “cult” Italian landscapes in which Lavazza espresso is both an ingredient and a protagonist of the romantic atmosphere and Italian way of life. This last element is inextricably linked to the quality and experience of the brand in the world, which Seliger has interpreted by including a Lavazza espresso in every shot.

The press and poster campaign will cover 16 countries.

As in Lavazza’s previous international campaigns, the 2011 campaign will allow the public to enjoy pictures with great artistic value. They are a kind of open-­‐air art exhibition that describe the glamorous, seductive world of Lavazza coffee.

The visuals will be enhanced by the pay-­‐off, The Real Italian Espresso Experience, which underlines not only the Lavazza tradition and its sense of belonging, but also its drive towards innovation and internationality, revealed by the attention focused on the espresso “ritual” of which Lavazza is the standard-­‐bearer. 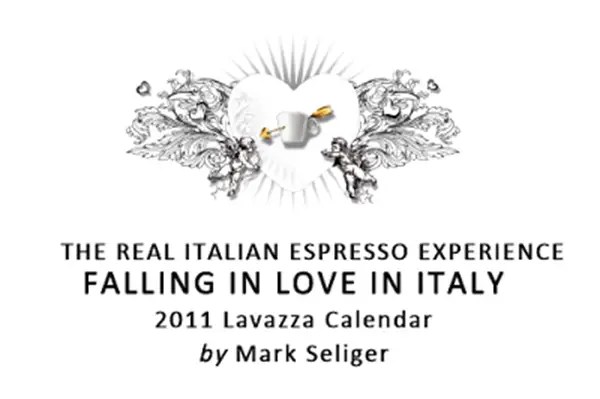