I love it when artists do this. In addition to the over 80 posts we’ve written about artists who create work for charitable auctions, we previously brought you two others about chairs: the 31 incarnations of the Vernor Panton Chair created for charity and 20 Artist Decorated Eames Chairs for charity. 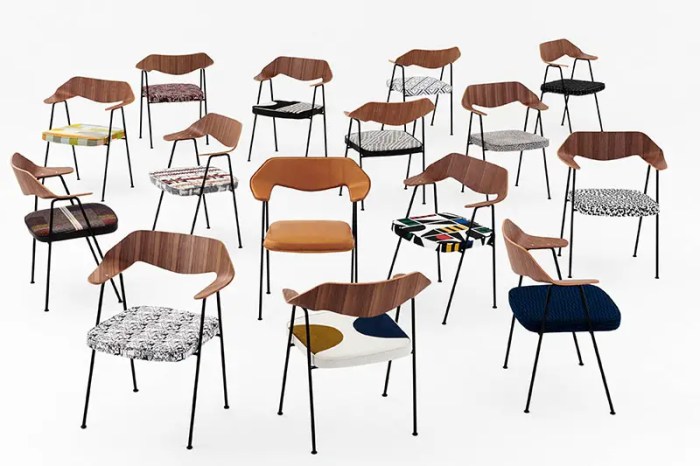 Now we bring you the UK’s A Day To Remember, a 675 Chair Charity Project in which fifteen designers known for their textiles and upholstery have customized the classic chair. Initiated by Case Furniture in partnership with Heal’s and the Robin & Lucienne Day Foundation the project, entitled ‘A Day to Remember’, enlisted fifteen world-renowned designers to add their personal touch to the seat pad of the iconic 675 chair, designed by Robin Day in 1952, paying tribute to one of Britain’s leading designers.

A design that has truly stood the test of time, the 675 chair is one of the most recognized of the Twentieth Century. Originally created in 1952, the chair’s most prominent feature is its curved walnut-veneered plywood back. Now available with chrome or black finished legs and a birch or walnut veneer, the 675 Chair was awarded the acclaimed Design Guild Mark Award in 2015.

A Day to Remember will help improve the future of young British designers by supporting the educational work of the Foundation through an exhibition display at Heal’s Flagship store at Tottenham Road Court and a live online auction of the customised chairs beginning on the 1st of August running through the 21st of August.

Below are links to the participating artists and their chairs.

Christopher Farr
The strong geometric nature of this repeating pattern is softened through the subtle hand painted irregularities of the artist.

David Irwin
David Irwin, has created his first range of textiles in collaboration with Bute Fabrics, celebrating the impact of the human touch within machine production.

Donna Wilson
‘Folk’ ended up being a menagerie of the creatures and characters that have become recognisable features in my work over the past 16 years.

Eley Kishimoto
“Flash” print has been accepted globally as our Icon or signature and it was the obvious choice for the 675 chair project to align what I hope could be seen as design classics.

Stitch by Stitch
Working with artisan weavers, embroiderers and quilt makers, the textiles are hand woven, hand spun, made with natural fibres, traditional techniques and often with natural dyes.

Bill Amberg
Bringing together artisans from the world, the studio has a mission to explore the aesthetic and material possibilities of leather.

Eleanor Pritchard
Pritchard has a love of playing with colour, pared-back geometrics and reversible patterns in a palette that combines chalky tones, cross-hatched neutrals and deep inky darks.

Charlene Mullen
The contours of the hand embroidered wool create a unique and special texture which is emphasized by the simplicity of the colour and shape of the design.

Hannah Waldron
The Fabric of Space-time textile is a tactile and tangible representation of Einstein’s model of relativity. With its starry grid, the fabric makes a nod towards the modernist era of Robin and Lucienne Day & the space race era of the 1950s.

Darkroom
Geometric shapes form the core inspiration of Darkroom’s output. Split Shift is an ongoing exploration of geometric forms being broken down, randomized and re-built.

Beatrice Larkin
Beatrice starts the process with hand drawn sketches and doodles then works these patterns into a repeat project.

Cristian Zuzunaga
The son of a Peruvian father & Catalan mother. Zuzunaga combines his own manufacturing with collaborative work & currently has his Letterpress workshop in London.

About the The Robin and Lucienne Day Foundation:
Furniture designer Robin Day (1915 – 2010) and textile designer Lucienne Day (1917 – 2010) hold a unique place in 20th century design history. For nearly seven decades they pursued independent careers alongside each other, both making outstanding contributions to British design.

All 15 chairs will be available to view at Tottenham Court Road from 1st to 21st August 2019. The bespoke designs, alongside the launch of two new fabric versions of the chair, will form part of a three-week window display and in-store presentation at Heal’s flagship from 29th July.

Alongside this, the chairs will be auctioned on the Jumble bee website beginning the first of August through the 21st, 2019.

All proceeds will be donated to the charity. 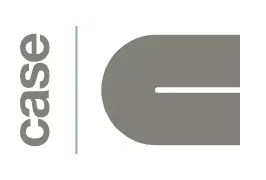 All information and images courtesy of Case Furniture

Getting A Leg Up On Furniture Design With Habit.

Protect The Environment – and Yourself – With Sustain Condoms.

The Globe Storage Cabinet by Studio Job for Gufram.