One of the first major in-person UK events since the pandemic, The 2021 Brit Awards red carpet featured the fun, flirtatious and fashionable. We’ve got a look at all of the winners and some of the most head-turning attendees for you right here.

The 2021 Brit Awards is an extra special one this year, being one of the first major in-person events to be taking place since the pandemic took hold of the UK. Hosted by Jack Whitehall, we saw ten awards presented and several great performances.

This year it’s the first ever collaborative design. Two very different and visually striking statuettes: the large colorful one by Yinka Ilori was inspired “acts of kindness” with colors inspired by his Nigerian heritage. The smaller of the two by Es Devlin is engraved with the maze pattern that celebrates the paths many of those working within the creative industries have had to tread in order to progress through this challenging year.

Each winner is encouraged to award the second smaller trophy on to someone else – be it family member, friend, neighbour, colleague, fellow artist, key worker, or another person important to them.

It was a year for some great female firsts. Taylor Swift is the first woman to receive the Global Icon Award and Little Mix is the first female group to ever win best British Group.

What the Winners Wore Billie Eilish phoned it in, literally. Unable to be there, the winner of the 2021 Best International Female Solo Artist posted a video of her accepting the award: in a cozy ragged sweater. 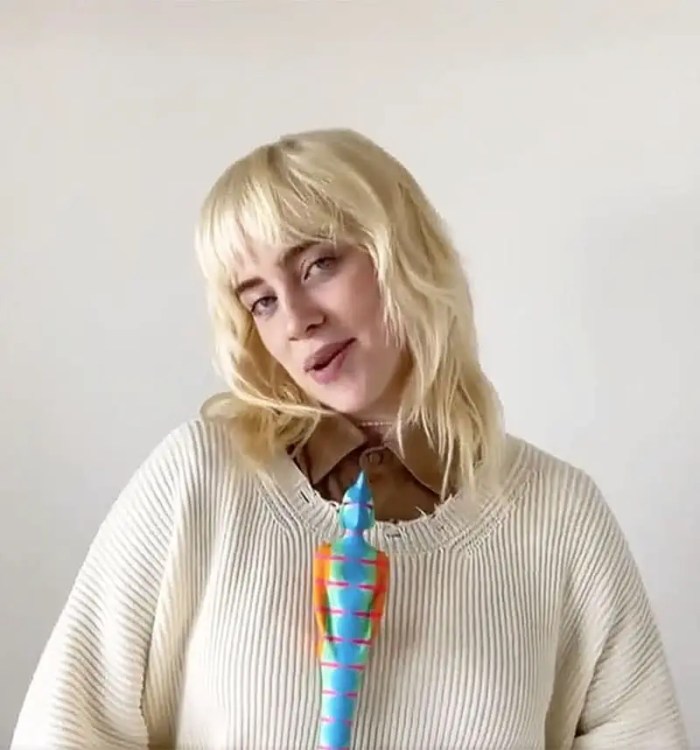 The crowd was thrilled with Little Mix (and their two baby bumps) winning the Best British Group (first female group to so!): 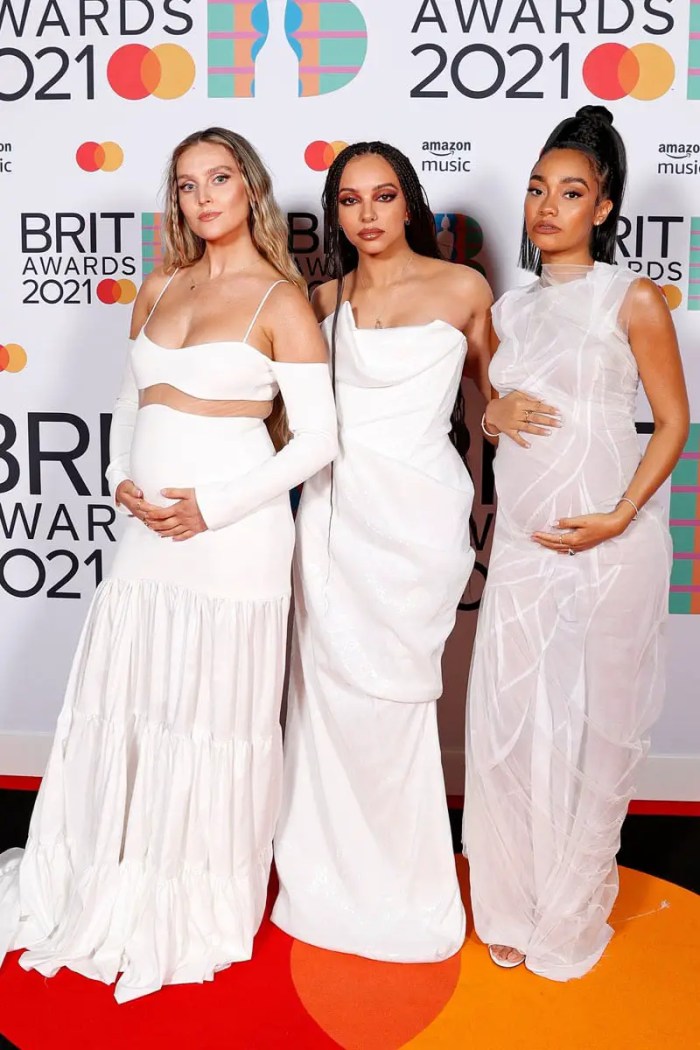 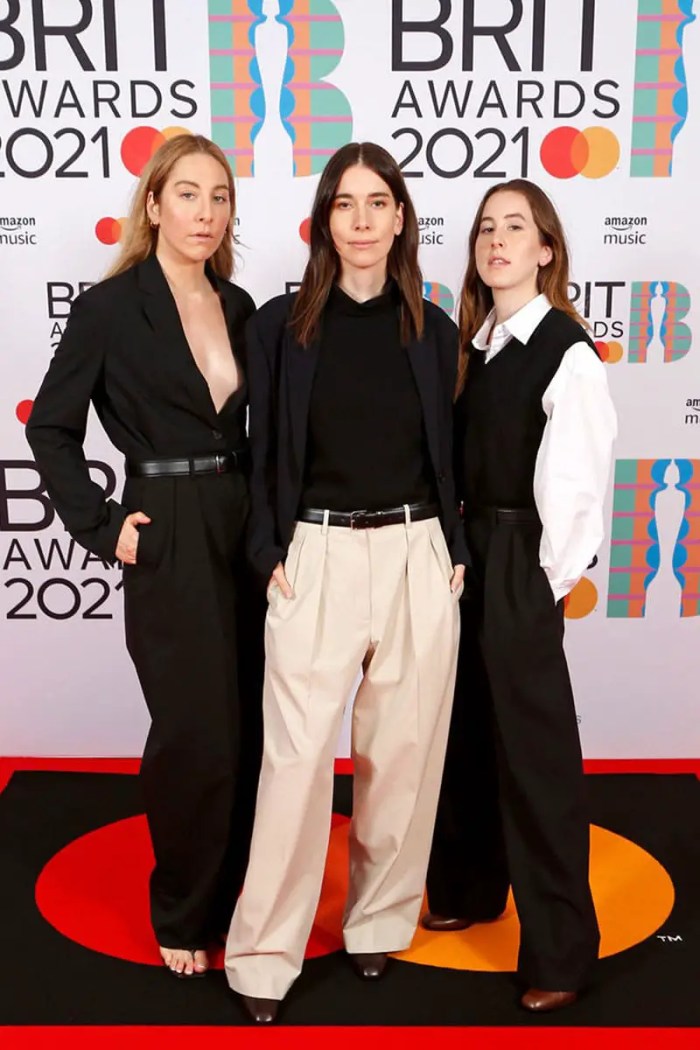 Taylor Swift was awarded the Brits Global Icon and provided her own red carpet pics on Twitter: Griff (announced in March as the winner of Breakthrough Artist) wore a very unique dress (with built-in social-distancing) by up and coming Chinese fashion designer Susan Fang: 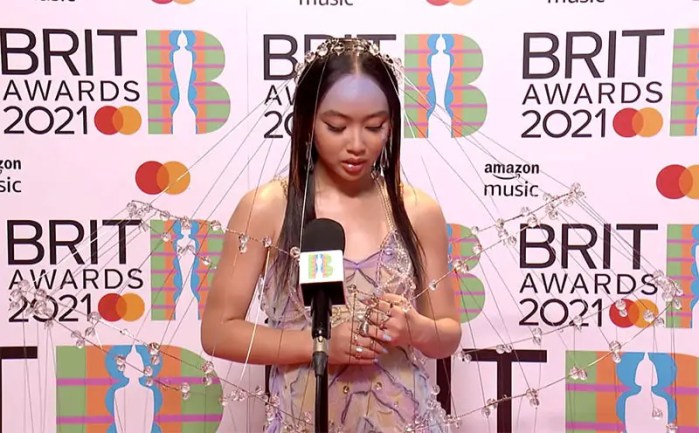 What The Presenters and Nominees Wore

Olly Anderson (who performed a new charity single ‘It’s A Sin’ with Elton John for his AIDS Foundation) wore Gucci: 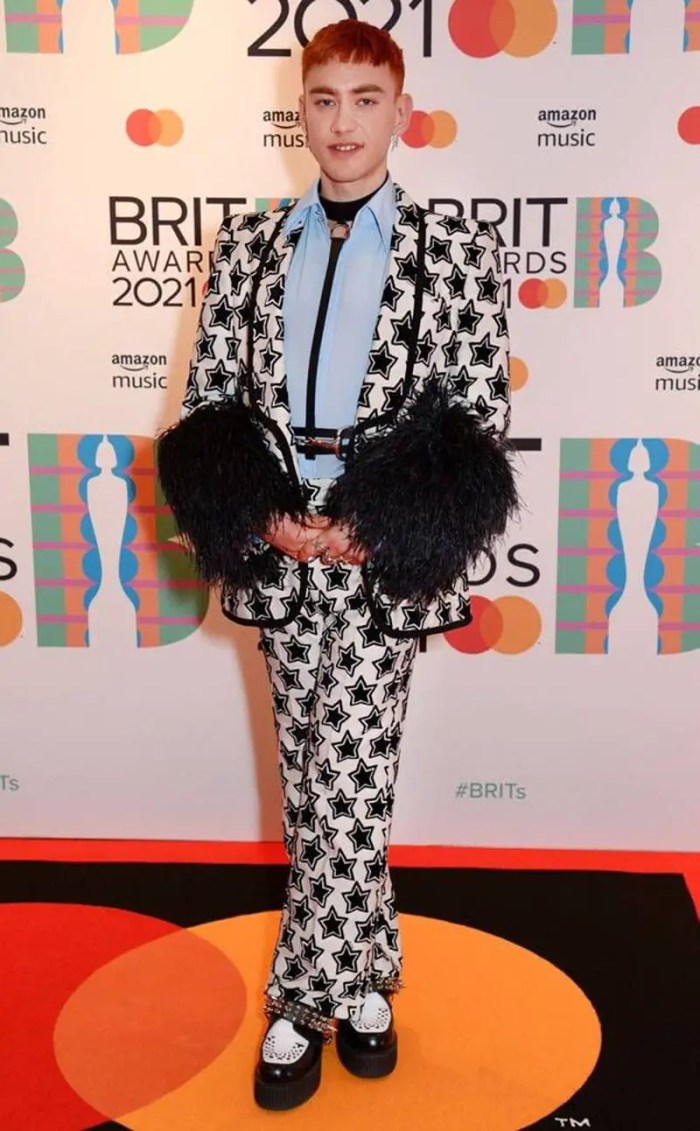 Headie One in Louis Vuitton: 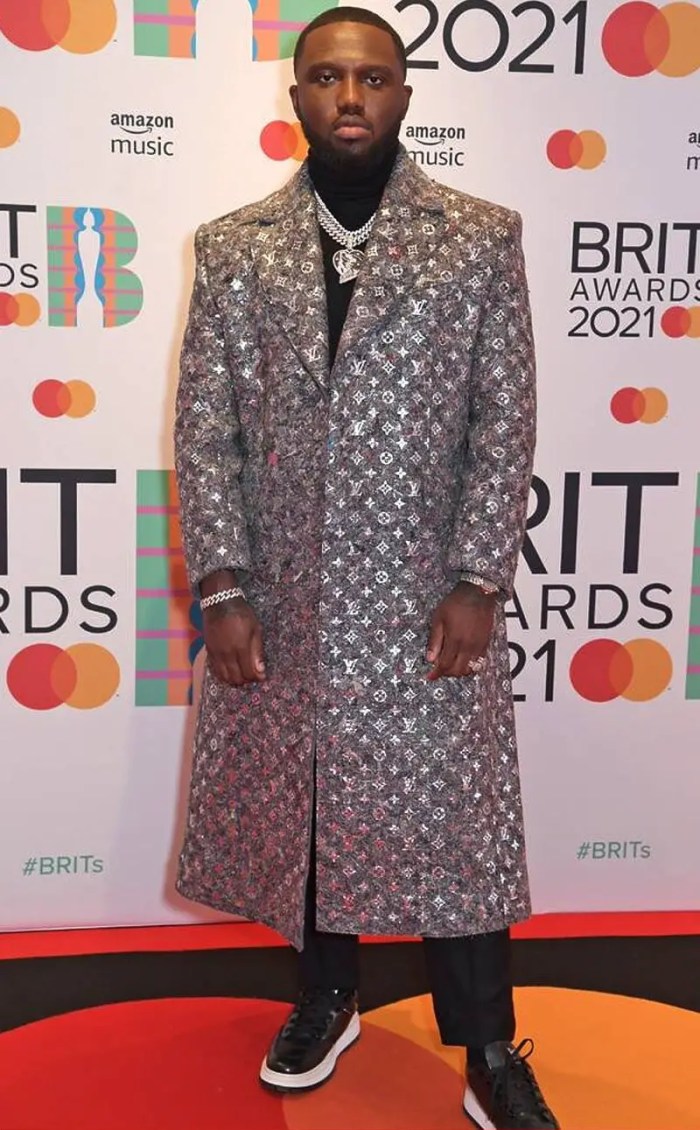 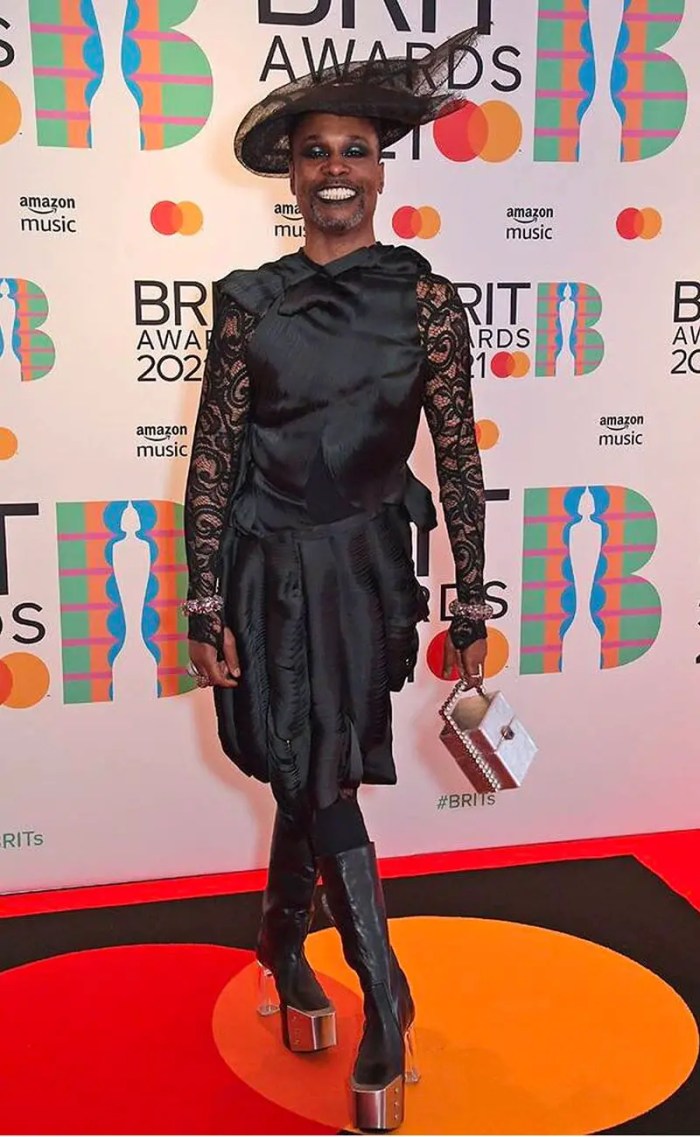 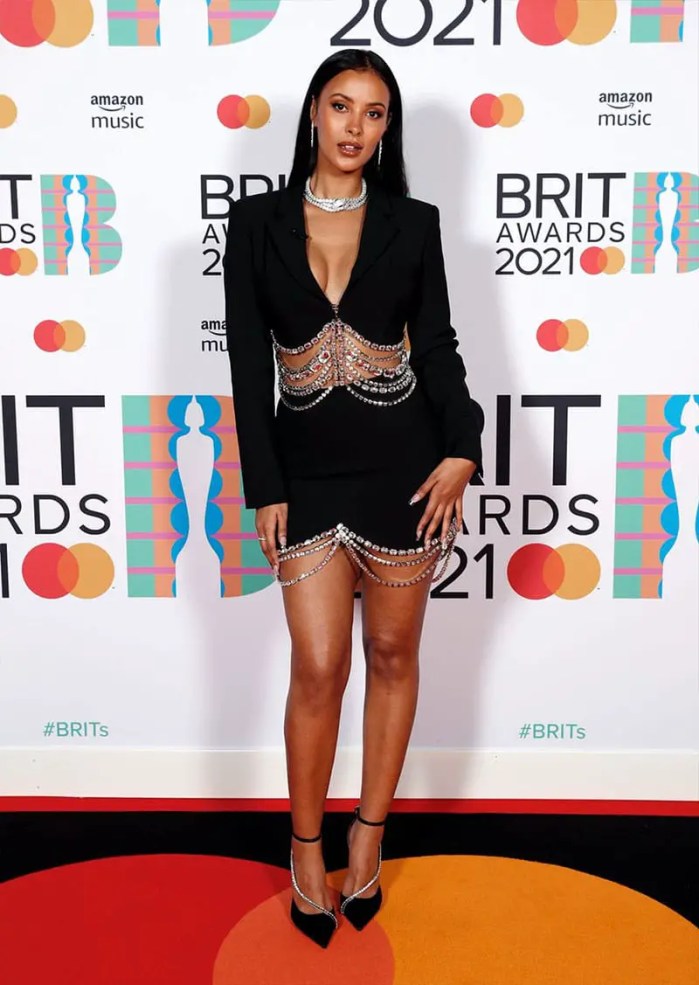 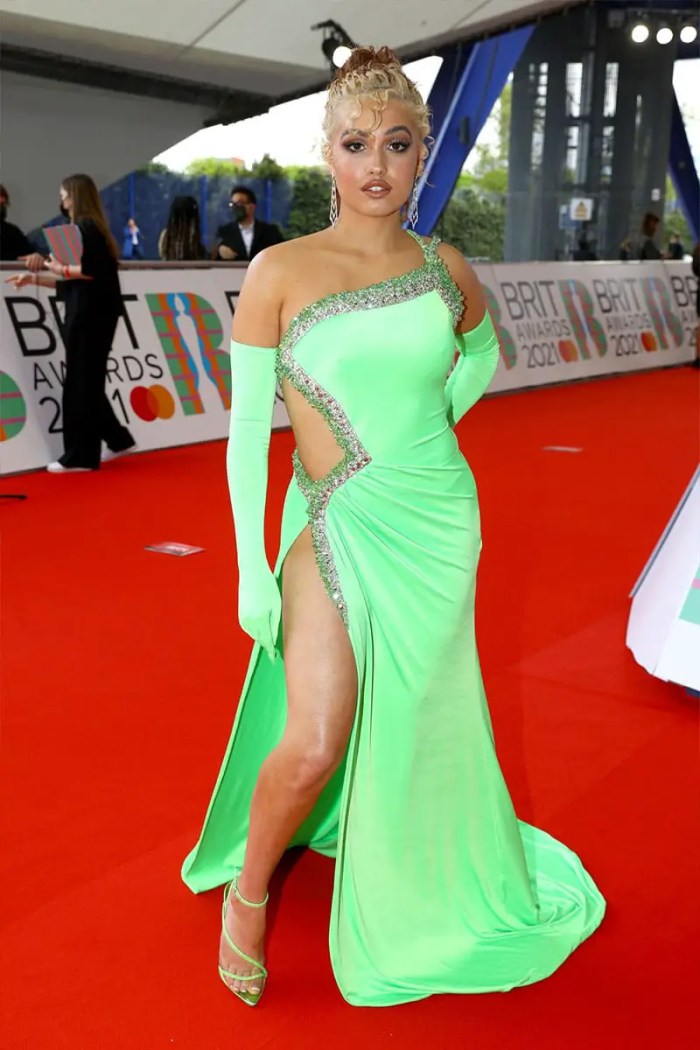 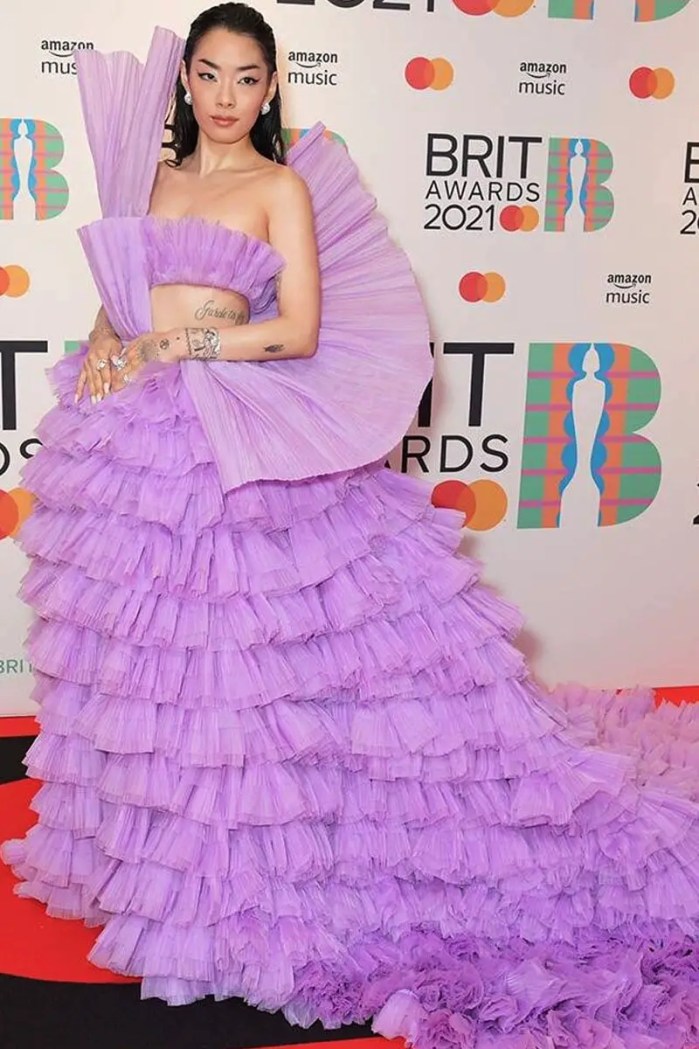 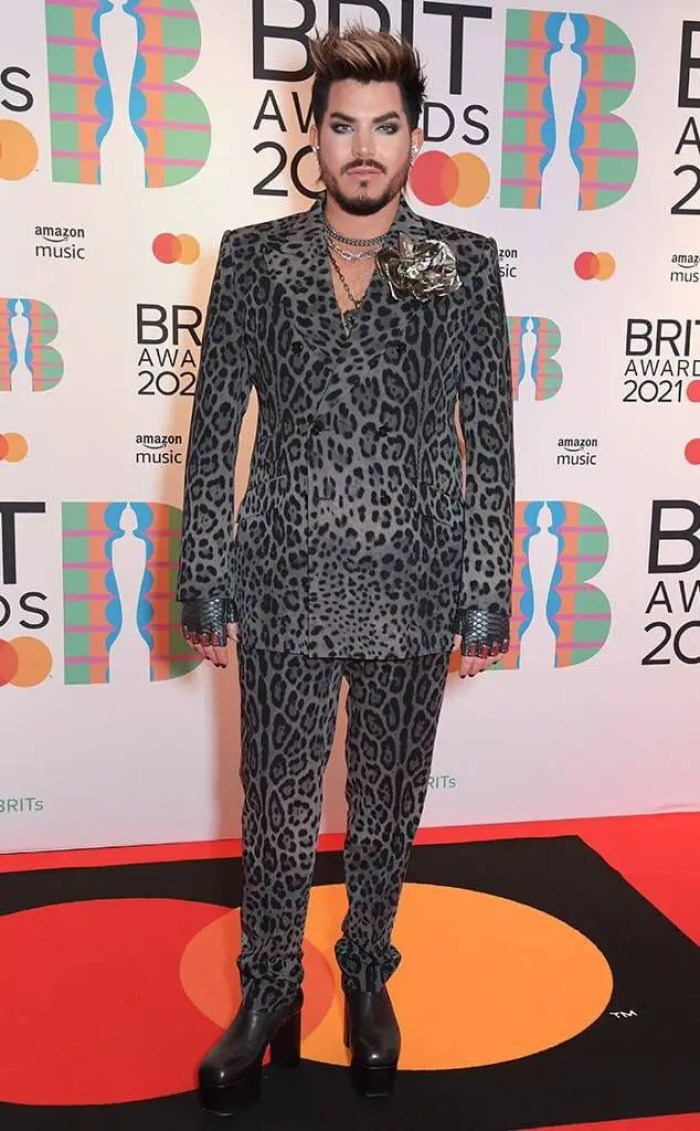 The full list of winners can be found here

images courtesy of Getty and @Brits