` The Winner and Visionary Award Finalists from London's 2012 Alternative Hair Show. - If It's Hip, It's Here
Skip to content 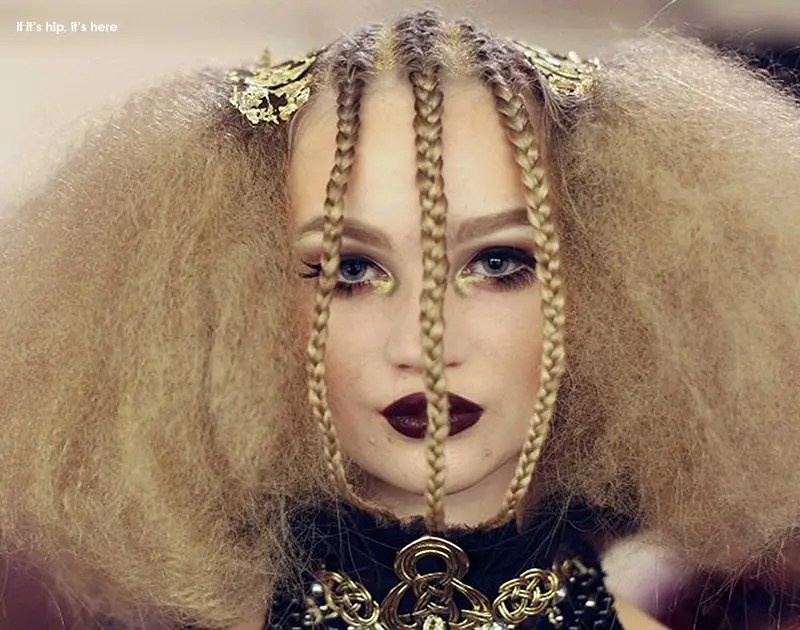 above: This year’s winner of the Alternative Hair Visionary Award

2012 marks the 30th anniversary of Alternative Hair, during which time many of the world’s greatest hairdressers and hairdressing teams have appeared across the globe at Alternative Hair events in the UK, USA, Austria, Korea, Italy and Russia. The vision of Alternative Hair is to recognize and honor creative talent as well as recognizing the future stars of tomorrow. The Visionary Award, has developed from the original concept of Alternative Hair President Anthony Mascolo, and has become an increasingly popular addition to the show. Now an international competition, this year the Visionary Award semi-finals will be held at the World Championships in Milan.

Here’s a look at the 2012 Visionary Award Winner and all the finalists. (to see images from the show’s presentation, LEGENDS, go here) in the London show: Why Alternative Hair exists:
In 1983 Tony and Maggie Rizzo lost their small son Valentino to Leukaemia. To keep the memory of Valentino alive and try and make a change: to improve the chances of a child surviving this terrible disease, Tony organised a ‘one off’ charity show. The immediate popularity of the Show meant he just had to do a show the following year and 30 years on the following within the hairdressing industry remains strong.

Alternative Hair Show links creativity with charity and is everlastingly dedicated to the hairdressers and to supporting the life saving work of Leukaemia and Lymphoma Research.

The Alternative Hair Shows have raised an astonishing £8.5 million thus far for Leukaemia & Lymphoma Research in the UK and for leukaemia charities worldwide.