you are here: if it's hip, it's here » World's First All Diamond Ring 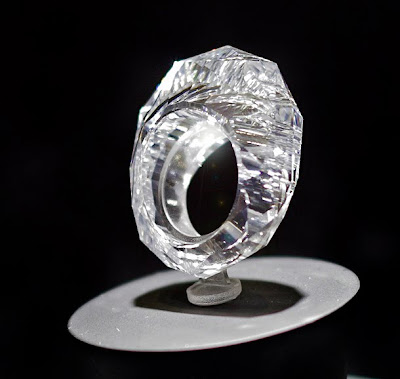 When the news broke in March during Basel 2011 that Shawish Jewelers of Geneva had created the world’s first entirely all diamond ring (a ring that would have no setting, no metal, but instead have entire ring and shank cut from the stone), the story of the unusual piece of precious jewelry was featured on blogs and news sites all over the world.

At that time, they released only one or two press images of the actual ring (and a drawing) and those were shared all over the web and tv. As happens with much breaking news, it was quickly forgotten about by most. However, more images of the ring (which ironically is shaped similarly to the plastic gemstone rings that used to be found in gumball machines) have since been released and it’s a sparkling site to behold. 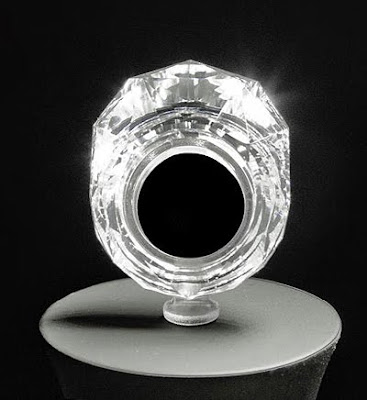 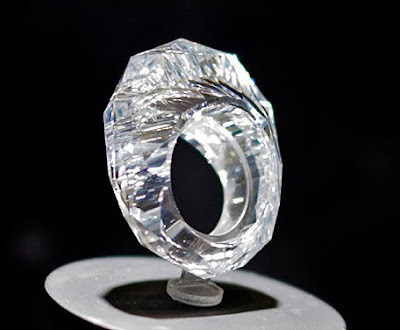 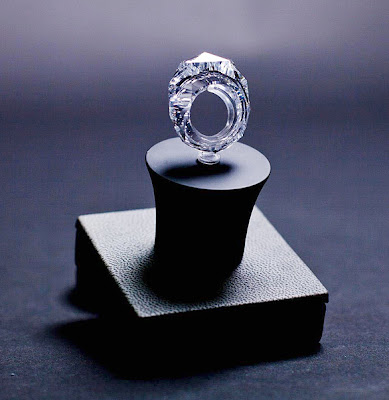 The ring is made entirely from one, single faceted diamond, weighing 150-carats. It was unveiled in mid April at via an in-depth animation in the video shown below, which was directed by Elia D’Anna with music by Simon Baring & Rufus and produced by Elio D’Anna Jr at Intoit Management & The House of Luxury:

The making of the world’s first diamond ring, touted to fetch £43 million ($70.46 million), wasn’t easy. According to President and CEO of Shawish Jewelry, Mohamed Shawesh, It took one year to get the copyright and they had to do multiple tests with the design, to get the precision of the circle right. Diamonds are made of carbon and molecules that can change, even the color can be altered when attempting to cut it. They had to buy special laser equipment, to cut directly into the diamond. The most important aspect is preserving the integrity of the diamond and of course the most difficult phase is precision cutting an entire stone into a ring. 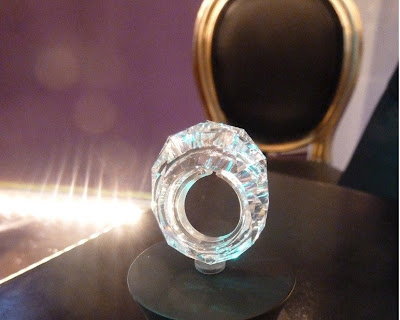 The thrilling journey of crafting the most unique ring in the world was accomplished through passion and innovation. “A ring made entirely of a faceted diamond has always seemed like a fantasy, it seemed impossible, so we decided to embark on the adventure of creating the perfect diamond ring that is the epitome of art.” – Mohamed Shawesh 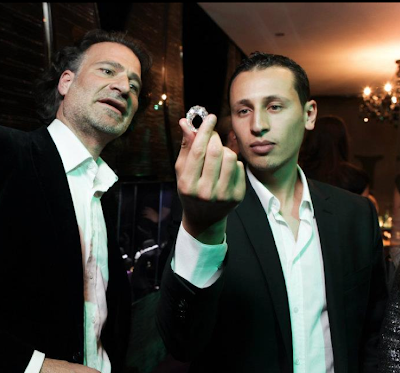 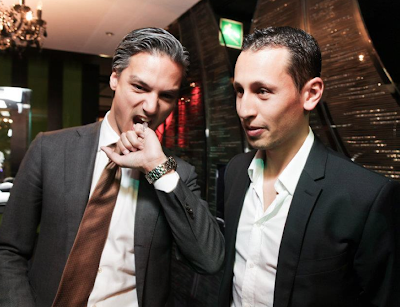 The images of the ring you probably saw on the news or on blogs: 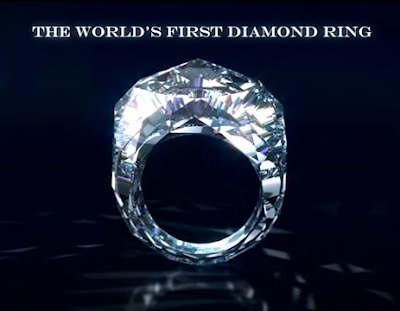 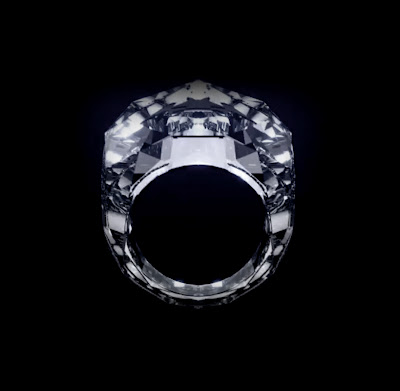 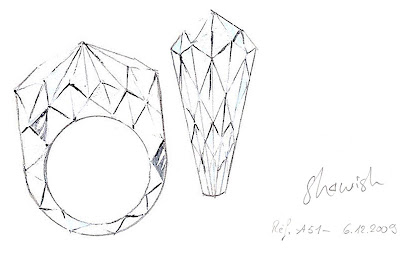