you are here: if it's hip, it's here » where to buy tenori-on 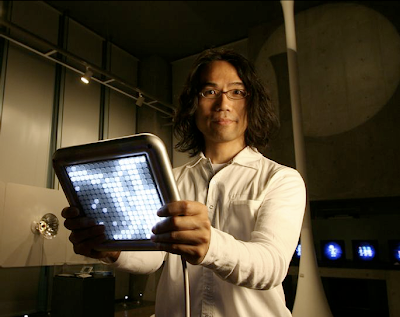 Above: designer of the Tenori-On, Toshio Iwai

The TENORI-ON provides six different performance and sound/light modes for broad performance versatility, and these modes can be combined and used simultaneously for rich, complex musical expression.

For DJs & producers it is a unique performance tool enabling them to perform using MIDI and load the TENORI-ON with samples to ‘jam / improvise’ within their set BPMs.

By holding one of the ten function buttons located on either side of the TENORI-ON and operating the LED buttons you can change voices, change octaves, and apply a variety of effects and variations to your performance. 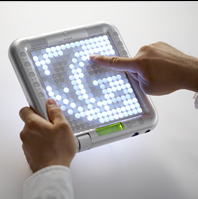 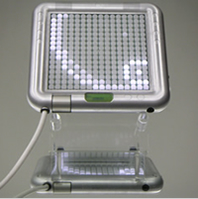 This unique visual/tactile interface has been specifically designed to allow intuitive, instantaneous operation of a variety of functions. 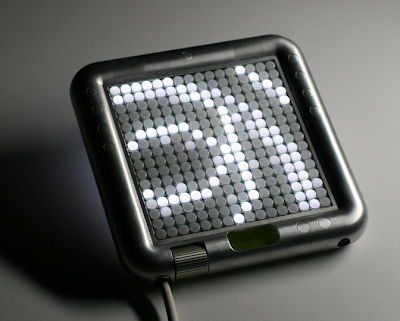 TENORI-ON “Modes”
The TENORI-ON 16 x 16 LED button matrix is simultaneously a performance input controller and display. By operating and interacting with the LED buttons and the light they produce you gain access to the TENORI-ON’s numerous performance capabilities.

The TENORI-ON provides six different performance and sound/light modes for broad performance versatility, and these modes can be combined and used simultaneously for rich, complex musical expression. 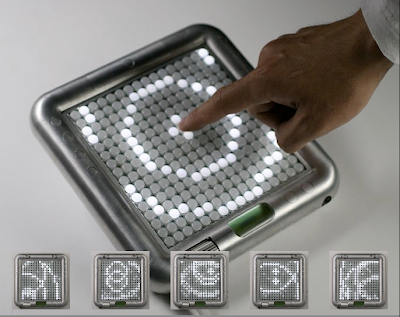 Above: Creating light and sound with a finger

Layers
TENORI-ON layers can be thought of as “performance parts” or “recording tracks.” The TENORI-ON has a total of 16 layers. Separate notes and voices can be assigned to each layer, and all layers can be played together in synchronization.

The 16 layers are divided into six performance mode groups. The six modes have different note entry methods and operation. Up to 16 layers created using different modes can be combined for rich, complex musical expression. 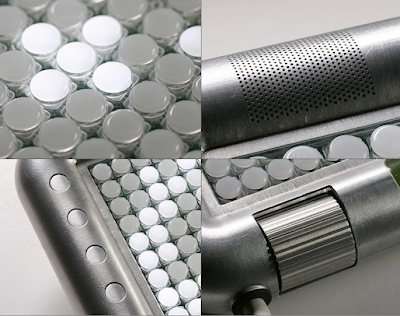 Blocks
Once complete set of 16 layers is called a “block.”
The TENORI-ON can store up to 16 programmed blocks (16-layer groups) in memory, and you can switch from block to block instantly during performance.

You could, for example, create a musical composition in one block, then copy that composition to another block and edit it to create a variation of the original composition. Or you can load a number of previously-created compositions into separate blocks from an SD Memory Card and switch between them to create variation during playback. 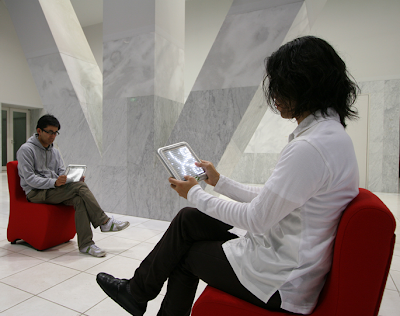 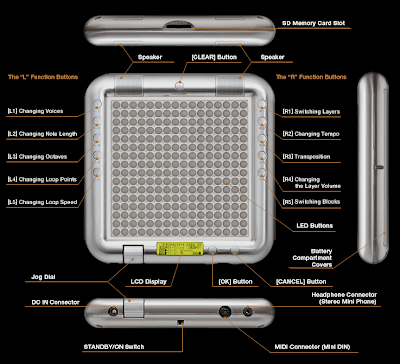 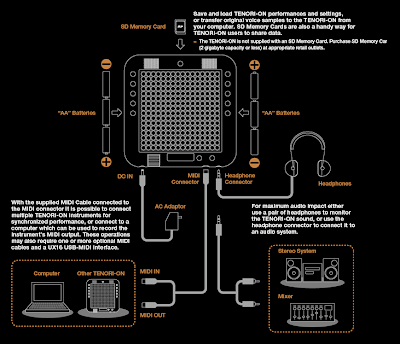 To see all the technical specs go here.