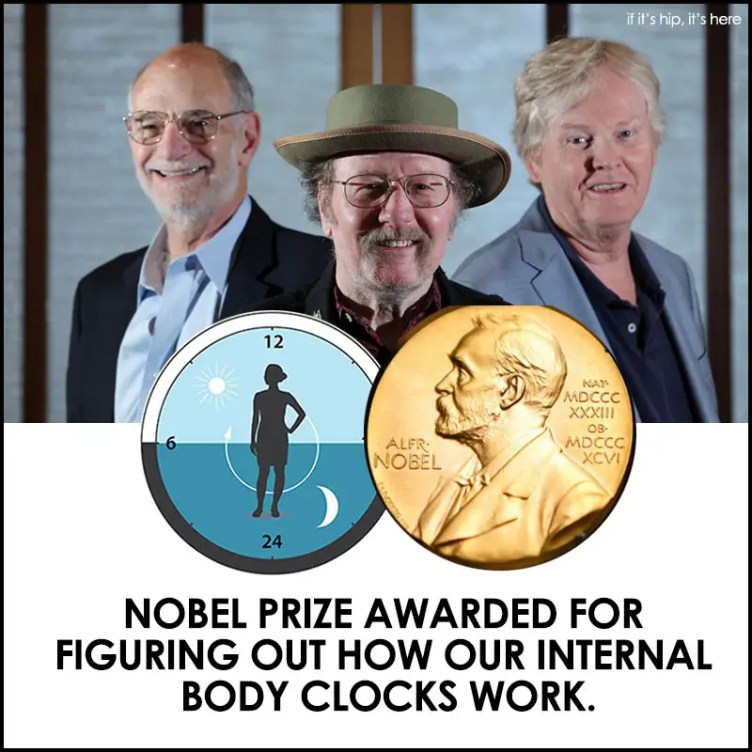 It’s been announced that the 2017 Nobel Prize in Physiology (or Medicine) was awarded to three guys whose discoveries explain something long suspected. That we humans adapt our inner clock (the one that regulates sleep, hormones, body temp, metabolism and behavior) so that it’s in synch with the revolutions of the planet. END_OF_DOCUMENT_TOKEN_TO_BE_REPLACED