you are here: if it's hip, it's here » Public Statues in New York 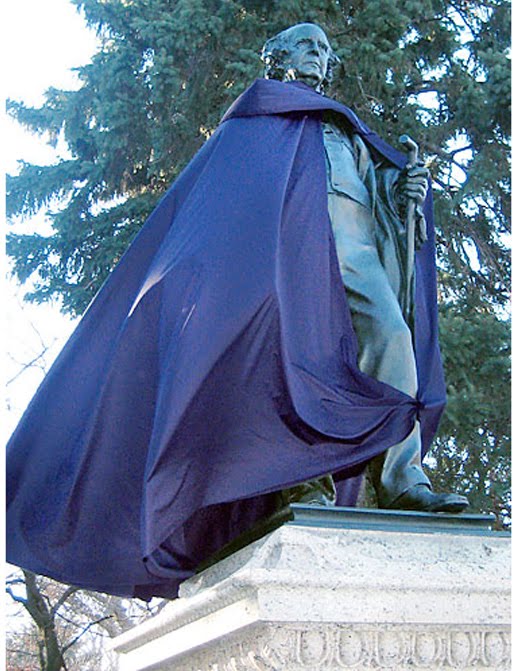 As part of a marketing push for the new NBC series “The Cape” (two-hour premiere tonight, Sunday, January 9, 9-11p.m. ET), thirty New York public statues and monuments have been cloaked in black fabric capes accompanied by a temporary kiosk or plaque that gives a brief mention of the figure’s history along with the story of The Cape (Vince Faraday, a valiant cop framed for murder played by David Lyons) – linking the two “heroes”. END_OF_DOCUMENT_TOKEN_TO_BE_REPLACED