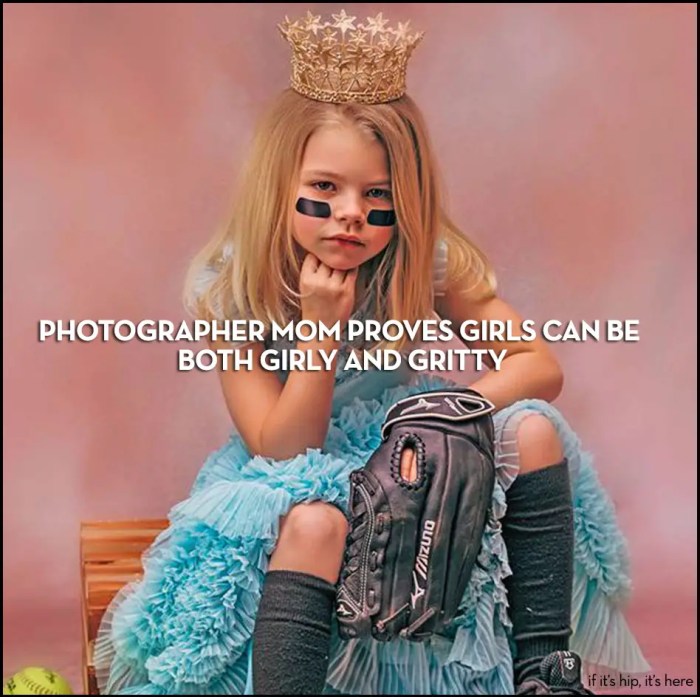 Alabama photographer Heather Mitchell of HMP Couture Imagery is the mother of 8 year old Paislee, a spirited girl who plays extracurricular softball with other young girls. While standing on the sidelines of her daughter’s game, she remarked aloud that she hoped her daughter was enjoying herself given how athletic she is when another mother remarked that she saw Paislee more as a ‘girly girl’ than as ‘an athlete’. This got Heather thinking “Why can’t my daughter be both athletic and girly? So she set out to prove that Paislee, as well as other young girls, needn’t be one or the other, but instead could be both. END_OF_DOCUMENT_TOKEN_TO_BE_REPLACED

Continue ReadingPhotographer Mom Proves Girls Can Be Both Girly and Gritty.