you are here: if it's hip, it's here » modern homes for sale

Foundation Films production company owner Michael LaFetra has put his modernist masterpiece, the Schnabel Home by Frank Gehry, on the market for just under $15 million. Purchased in 2013 by LaFetra, who happens to restore architecturally significant homes himself, the unusual Brentwood abode was originally built in 1989 by Gehry and fully restored in 2010 by Broadway producer Jon Platt under Gehry’s watchful eye. END_OF_DOCUMENT_TOKEN_TO_BE_REPLACED

Respectfully and lovingly restored by Michael LaFetra as close as possible to the way original architect John Lautner intended, the Stevens House, built in 1967-8 and declared a California State Landmark in 2010, is on the market for $22 million dollars. END_OF_DOCUMENT_TOKEN_TO_BE_REPLACED

The Stanhope Gardens Apartment by Riet Eeckhout is an extraordinary 3-4 bedroom residence that occupies the top three floors of a magnificent Grade-II listed building on one of South Kensington’s most prestigious garden squares (private access granted). It has a dramatic and imaginative interior designed by the architect Riet Eeckhout. END_OF_DOCUMENT_TOKEN_TO_BE_REPLACED 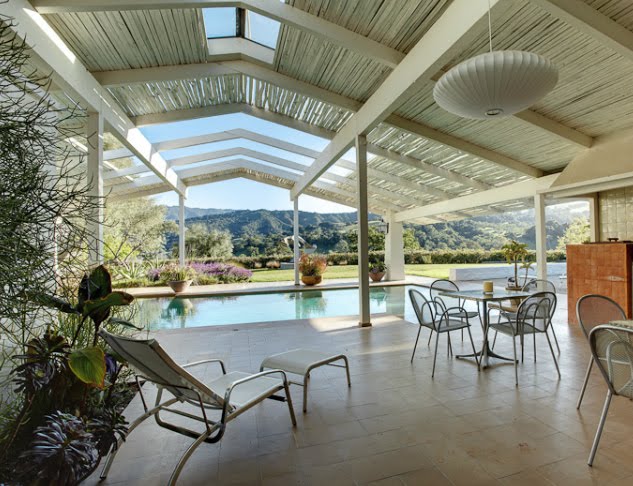 Art collectors and lovers of classic California architecture and midcentury modern furniture will appreciate this extensive look at architect Cliff May’s Alisal Ranch, a classic ranch style home, which just went on the market with an asking price of $1,750,000. Filled with Eames classics and Nelson lamps, these 34 images of the home’s interior and exterior will get any art and architecture fan salivating. END_OF_DOCUMENT_TOKEN_TO_BE_REPLACED

Not that I’m thinking of moving to Mallorca (or Majorca), but let me tell you, if I did, I would have many gorgeous modern homes from which to choose (not afford, just choose). Who would have figured Mallorca, Spain to have so many modern homes on the market? The following three homes are all priced under 10 million dollars (barely) and presently listed for sale. END_OF_DOCUMENT_TOKEN_TO_BE_REPLACED