you are here: if it's hip, it's here » melissa shoes 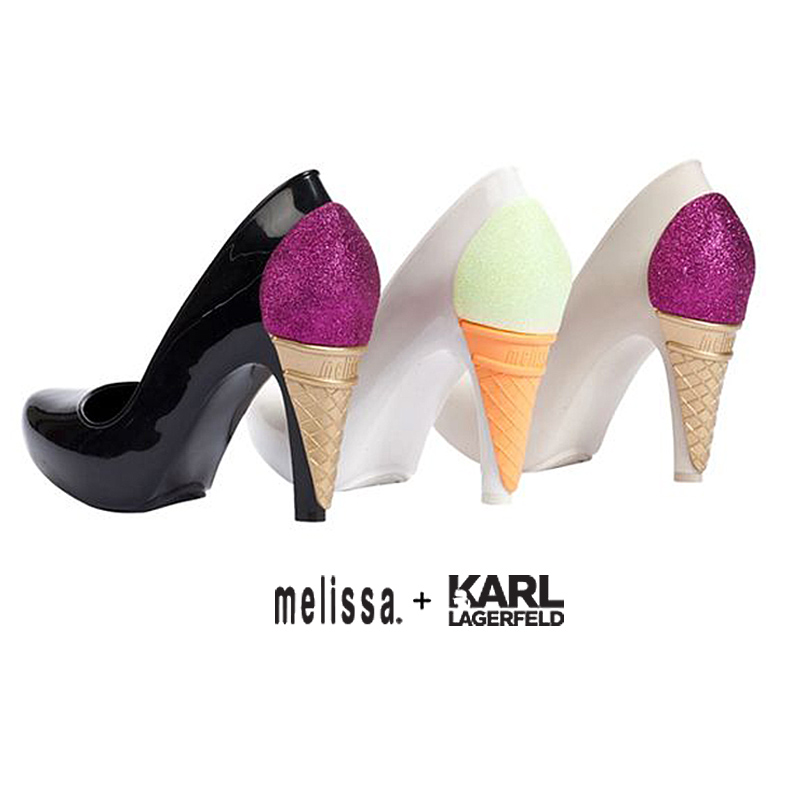 Fashion icon Karl Lagerfeld teamed up with Brazilian shoe company Melissa for four new styles, one of which is this whimsical ice cream cone-heeled shoe named the Incense. Available in three color combinations, the black or white pump is embellished with a glittery ice cream cone in two colors. END_OF_DOCUMENT_TOKEN_TO_BE_REPLACED

Architect Zaha Hadid has collaborated with Lacoste for a new line of shoes for men and women. Not her first foray into shoes, she collaborated with Melissa of Brazil to bring us her version of molded plastic shoes in September of 2008. END_OF_DOCUMENT_TOKEN_TO_BE_REPLACED

Melissa is a socially and environmentally responsible company in Brazil that employs sustainable practices, treats their employees well (paying them above average wages complete with benefits), collaborates with hip designers and fashion icons (like Karim Rashid, Zaha Hadid and Vivienne Westwood to name only a few) to churn out millions (over 50 million pairs in the past 25 years) of environmentally responsible shoes made with a special patented recyclable plastic compound called MEFLEX. A shoe begins as a large orb of plastic and takes a only a minute to produce. END_OF_DOCUMENT_TOKEN_TO_BE_REPLACED