you are here: if it's hip, it's here » Mario Bros Animated Graffiti 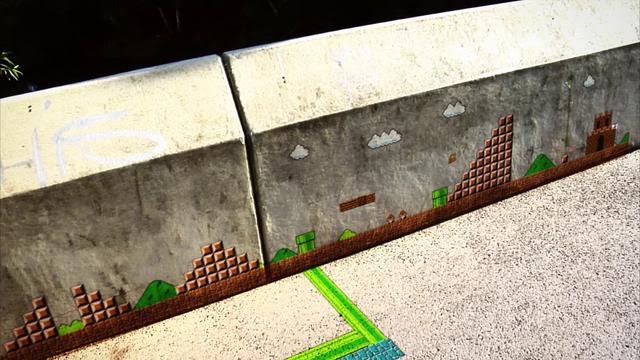 This video was part of Andreas Heikaus’ Bachelor thesis at the University of Applied science and art in Hannover, Germany. In his project, the Super Mario Bros. game, released on SEGA’s Nintendo Entertainment System, is no longer bound to the television screen and becomes interactive in a new environment. END_OF_DOCUMENT_TOKEN_TO_BE_REPLACED