you are here: if it's hip, it's here » joan collins

It’s always fun to see all the vintage color Christmas celebrity photos for the holidays going as far back as the 1920s – but they are usually in black and white. However, as we moved into the 50s, 60s and 70s, they were shot with heavily saturated color, often using glorious Kodak Kodachrome. From Marlene Dietrich to Farrah Fawcett, here’s a look at 40 terrific old Hollywood vintage color Christmas pics. END_OF_DOCUMENT_TOKEN_TO_BE_REPLACED 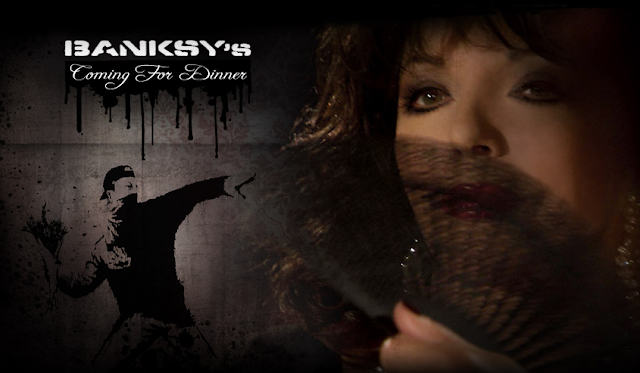 The news is out that “Notorious graffiti artist Banksy stars alongside movie legend Joan Collins in Banksy’s Coming For Dinner; a new film written, directed and produced by Ivan Massow.” But is it really Banksy in the film? Nope. END_OF_DOCUMENT_TOKEN_TO_BE_REPLACED