you are here: if it's hip, it's here » goodnight moon

Today I’m going to enlighten you about the phenomena of the children’s storybook Goodnight Moon, its parodies and bisexual author. I would suspect that anyone reading this post has either owned, read the classic children’s book Goodnight Moon by Margaret Wise Brown or has had it read to them. And there’s a reason for that. Beyond the charming illustrations* and the catchy, easy-to-read prose, the book was breakthrough for its time. It has continued to entertain generations since its publication because, unlike other children’s books published in the 30s and 40s, it was about ‘the present’ as opposed to being about some 19th century Princess. Nor did it preach life lessons like Aesop’s fables, ordinarily a turn-off to children. END_OF_DOCUMENT_TOKEN_TO_BE_REPLACED 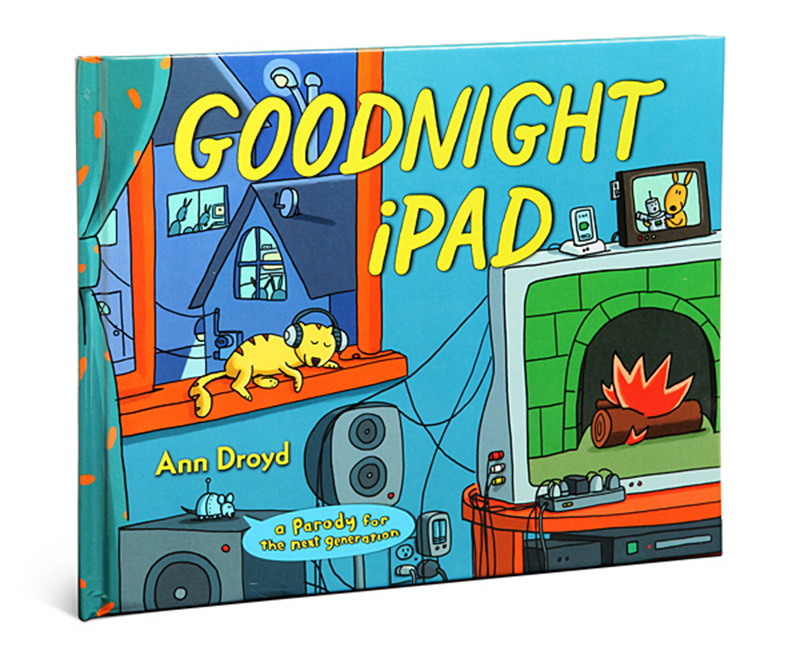 The classic children’s book, Goodnight Moon, has been more parodied a few times, one of my favorites being Goodnight Keith Moon. The latest to turn the illustrated children’s tale “Goodnight Moon,” written by Margaret Wise Brown, illustrated by Clement Hurd and first published in 1947, into a version that resonates with our contemporary world, is Goodnight iPad. Written by Ann Droyd (a pseudonym) with charming illustrations by David Milgrim, the book is a version for today’s generation, living modern-day lives filled with products we power up. END_OF_DOCUMENT_TOKEN_TO_BE_REPLACED