you are here: if it's hip, it's here » funny dog photos 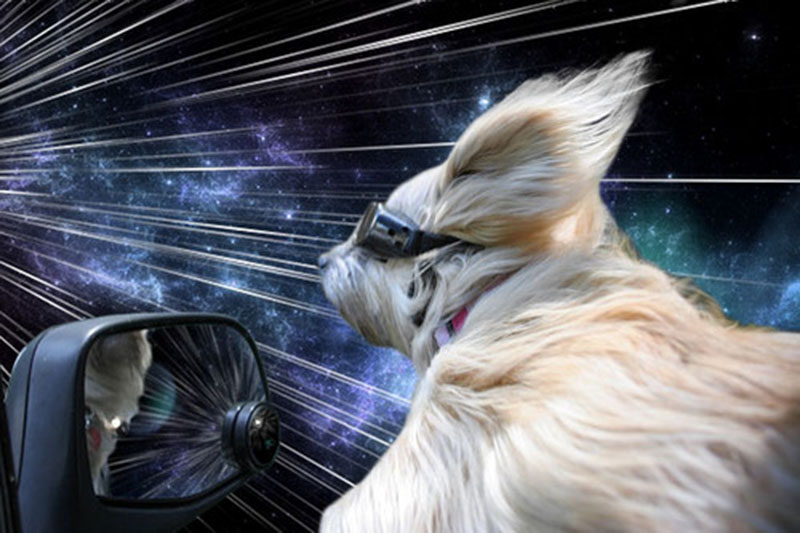 Benjamin Grelle, who goes by the moniker ‘The Frogman’ on the internet, is the man behind Babies With Laser Eyes, a tumblr site that introduced him to many a viewer. 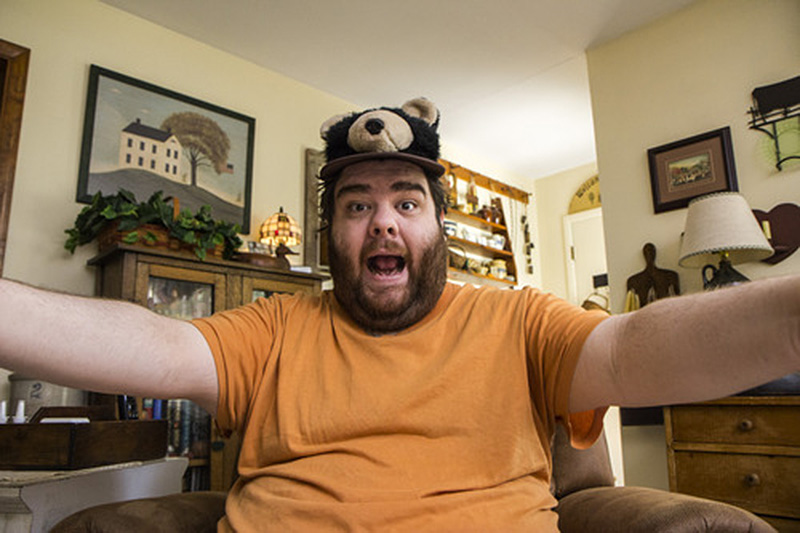 above: Benjamin Grelle, aka The Frogman, has a sense of humor, some photoshop skills and as he candidly admits on his site, Chronic Fatigue Syndrome.

A large lovable looking bear of a guy with a penchant for dogs, his latest collection of photoshopped goodness is Warp Dogs. A collection of images of dogs hanging their heads out of car windows – jowls flapping, ears flying – whose backgrounds have been replaced with galaxies viewed at Warp Speed.

Simple and silly, if these images don’t make you crack a smile, you’re a mean one, Mr. Grinch. 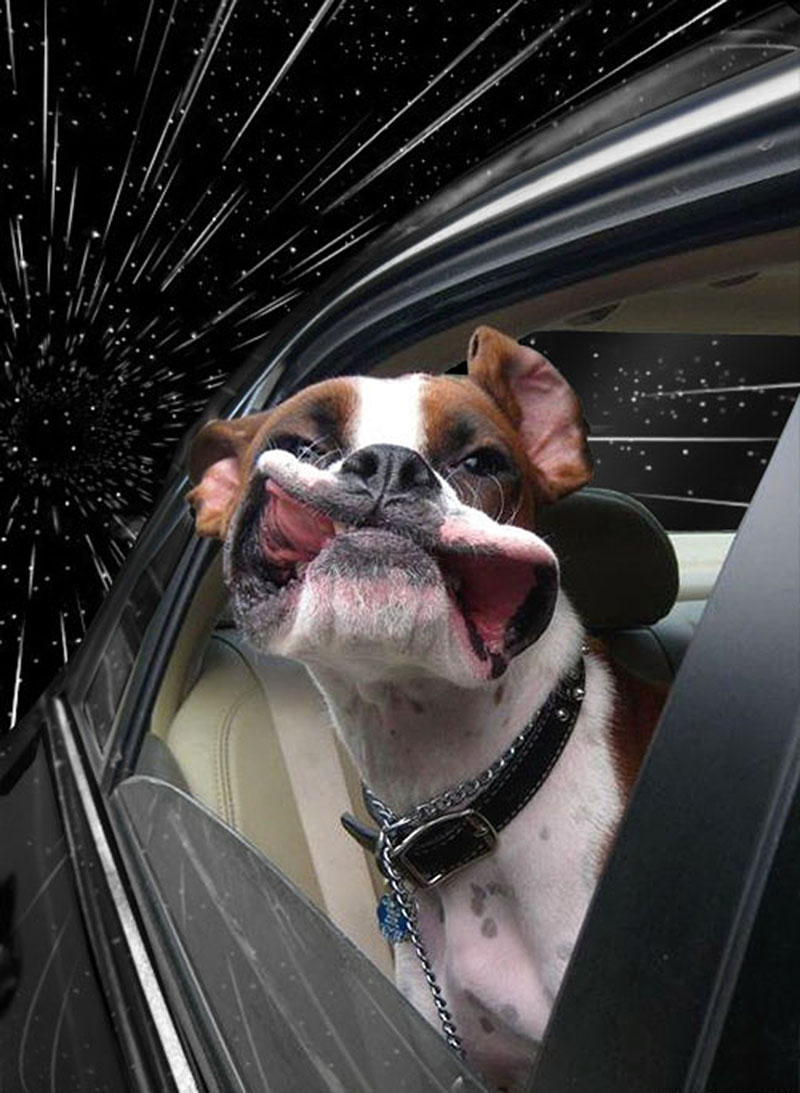 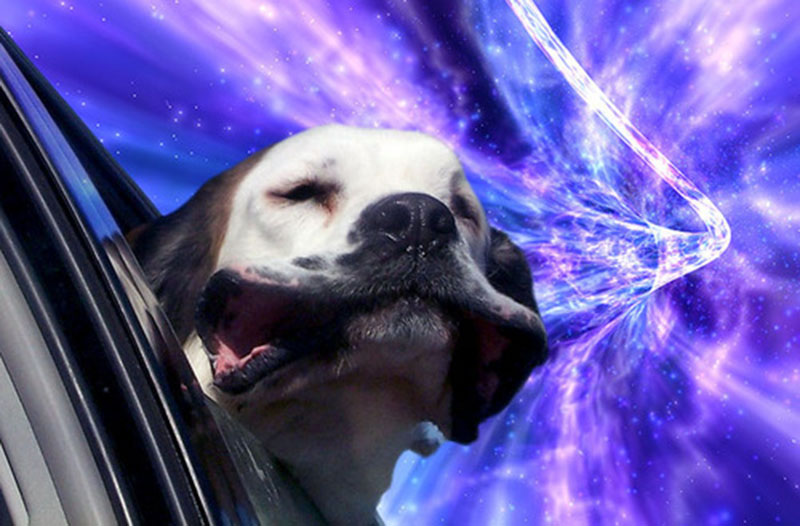 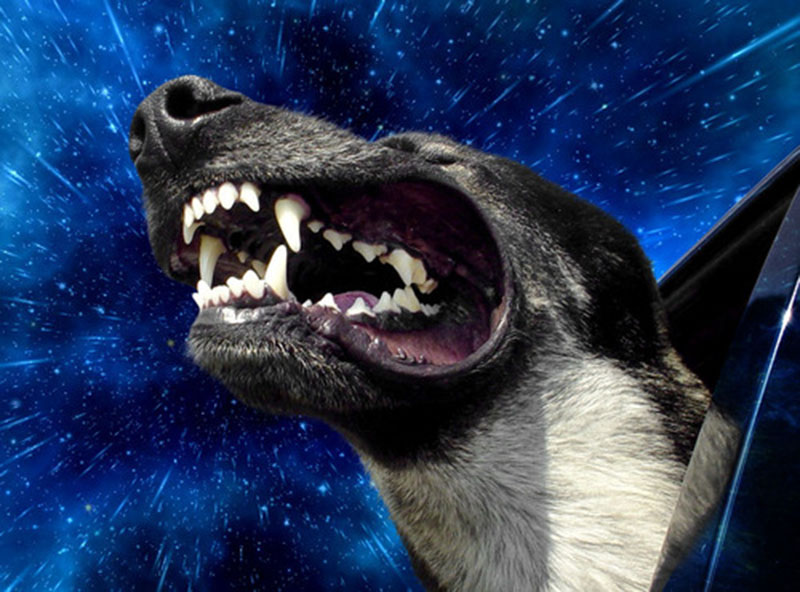 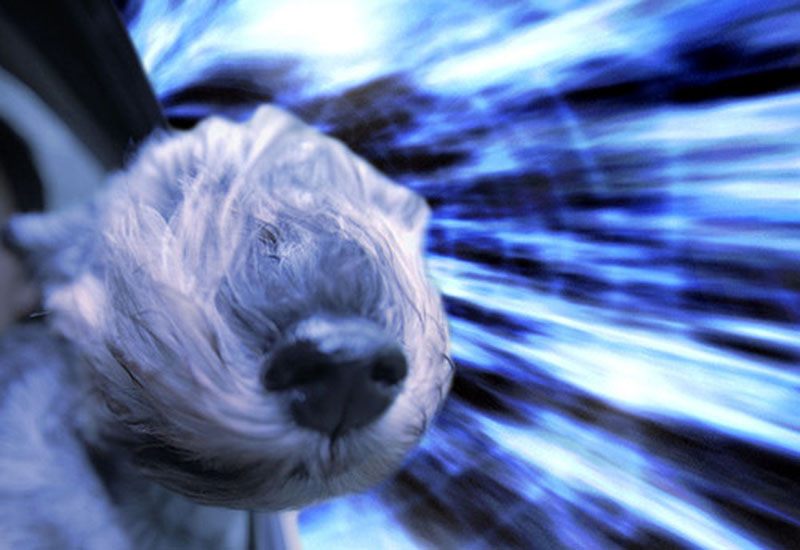 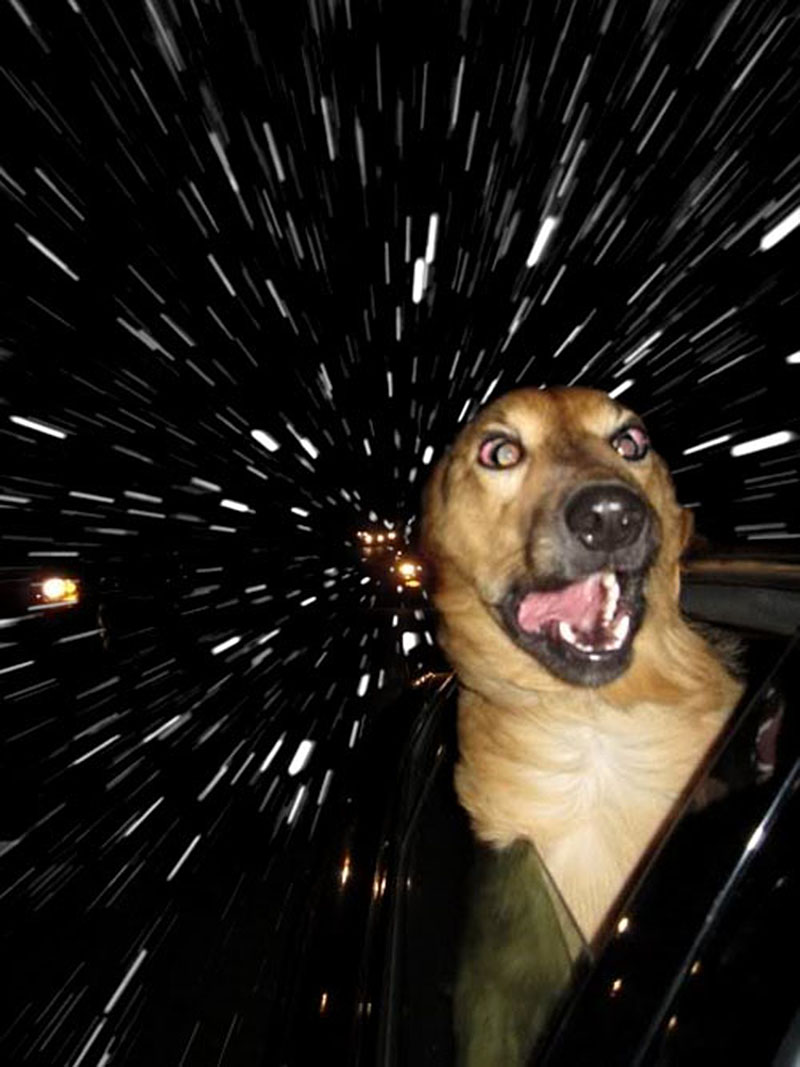 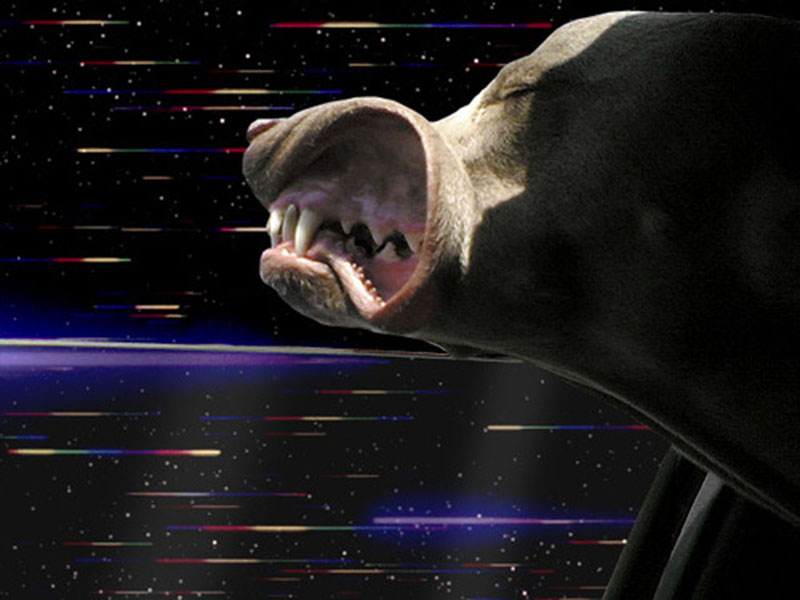 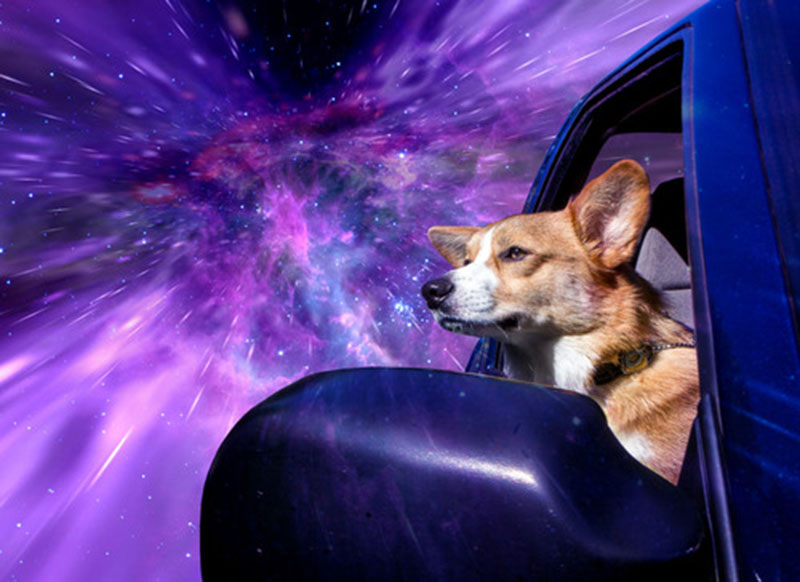 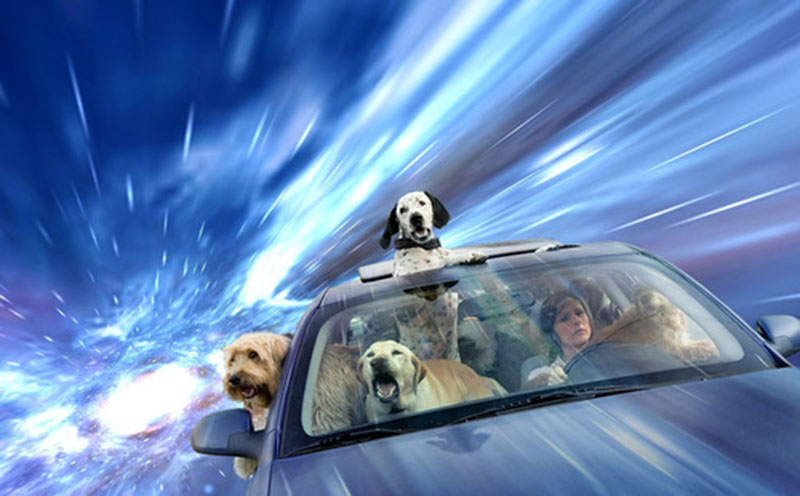 and an animated gif:

Check out more fun stuff from The Frogman here. 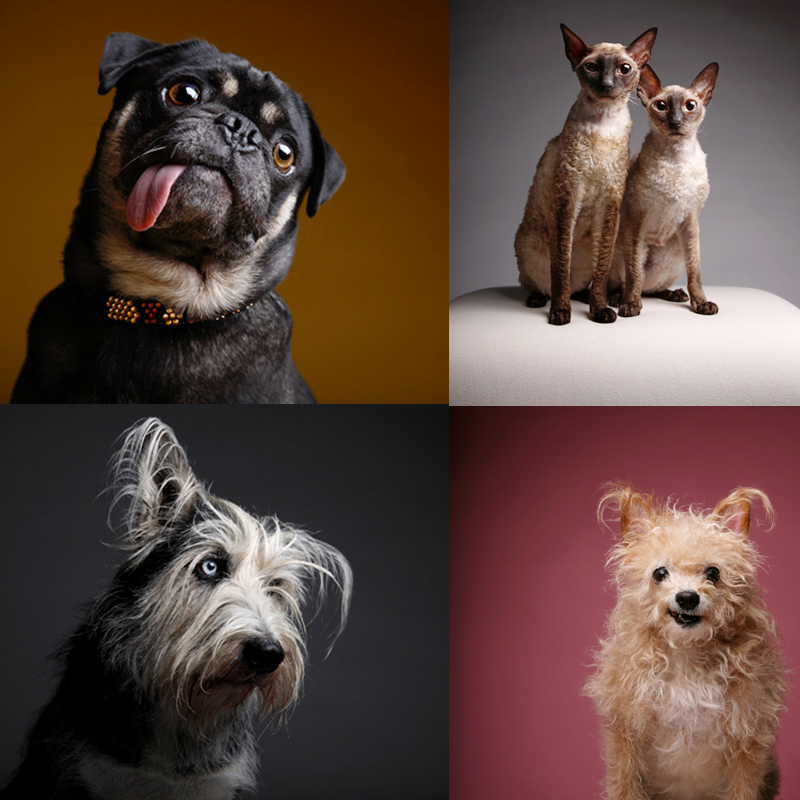 There’s no shortage of adorable images of dogs and cats on the internet these days. Pinterest, Tumblr and Facebook are loaded with them. But not all of them are as well composed or attractive as those done by photographer/artist Andy Stolarek of Los Angeles. END_OF_DOCUMENT_TOKEN_TO_BE_REPLACED 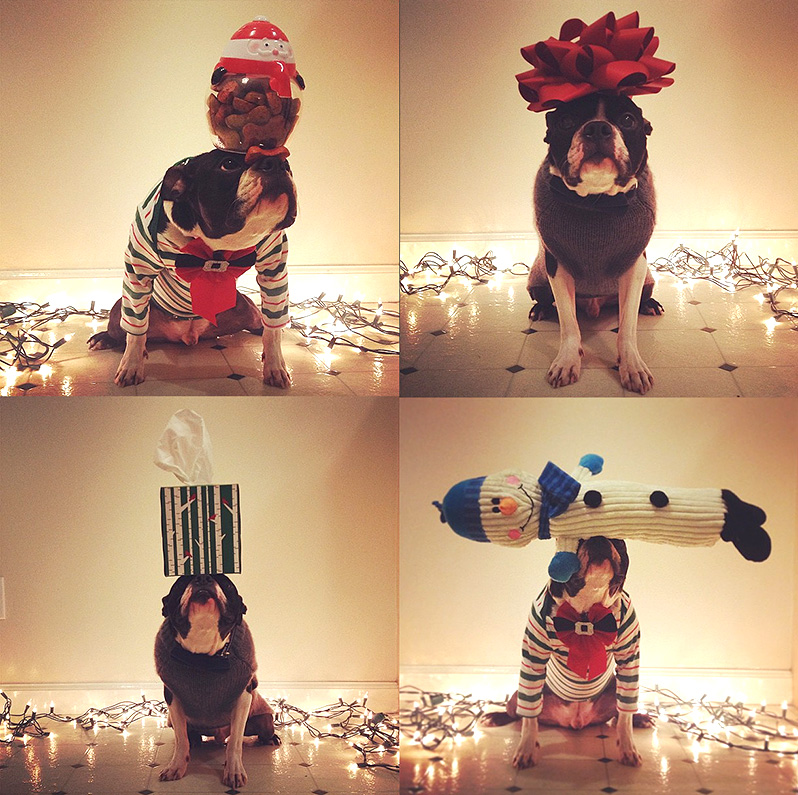 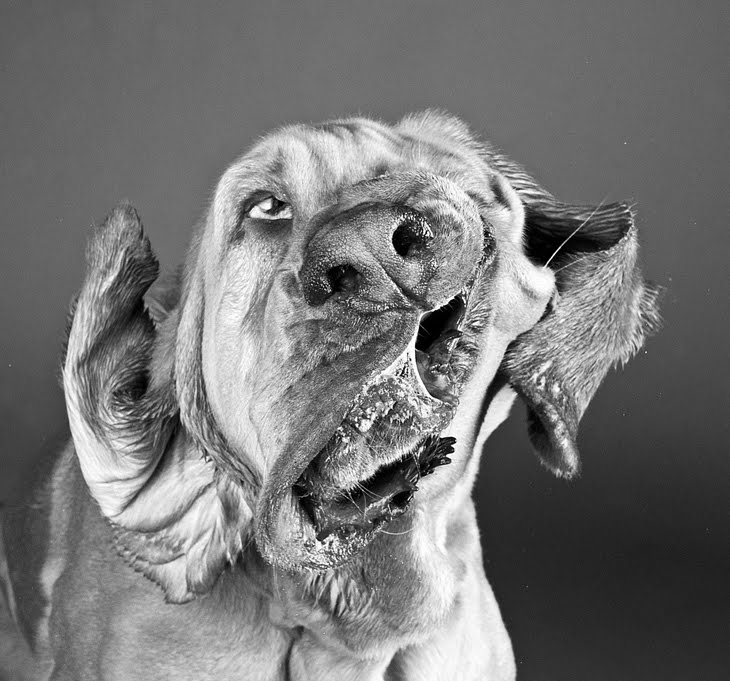 Pet photographer Carli Davidson of Portland, Oregon will take portraits of you and your pet, be it a dog, cat, goat or even an armadillo. Like many pet photographers, she will shoot them with and without their owners and is more than capable of capturing the special bond between human and animal. While the portraits are nice, it’s her series “Shake” that’s really worth sharing. END_OF_DOCUMENT_TOKEN_TO_BE_REPLACED