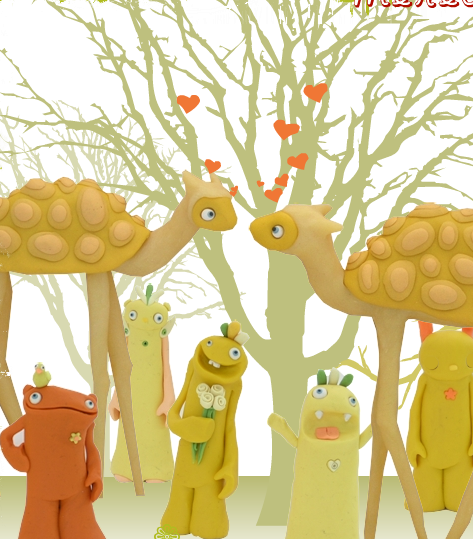 Meredith Dittmar is an artist living and playing in Portland OR. Born near Boston Mass, she grew up in a world of pet pigs, horses, hay-forts and spy games . Follow this with an education in computer science, a career in interactive design, a compulsive need to create, and a drive to Seek and you get the major elements of her person and work.

Dittmar’s human-animal-plant-energy amalgams contain threads of common elements and colors to express deep levels of union across themes of biology, technology, and consciousness . Her characters are frequently involved in quiet expressive moments, or lounge facing their audience so they can share their inner space. Dittmar believes it is this space we recognize in ourselves, and through convening in that space, the interconnectedness of all things is revealed. She sees the act of spontaneous artistic creation as part of a larger practice of being present, and a way to better understand herself and reality.

Above: Meredith at work

Dittmar’s work is featured in the books Dot dot Dash and Mascotte 2, along with numerous magazines and online publications. In conjunction with her artwork she works as an independent character designer and maintains her company Corporatepig, through which she continues to create thousands of unique handmade characters called “My Guys”.

Each is approximately 4″ tall and is ‘one of a kind’. They sell out immediately upon posting (you have to be on her e-mail list) because the pirce for these sweet little ‘guys’ is only $18 a piece for the originals.

Here are some (sold already) pictured below. 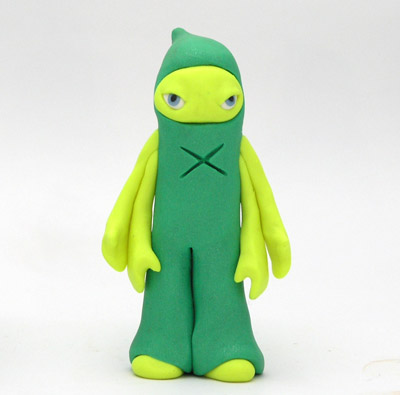 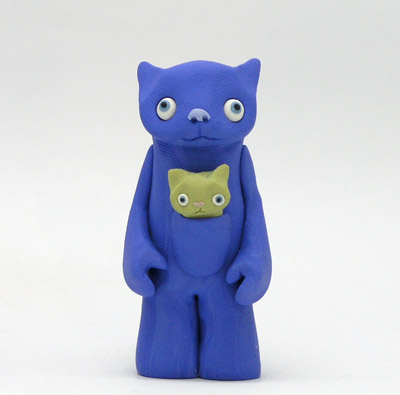 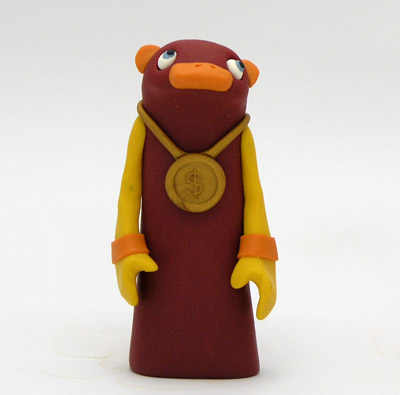 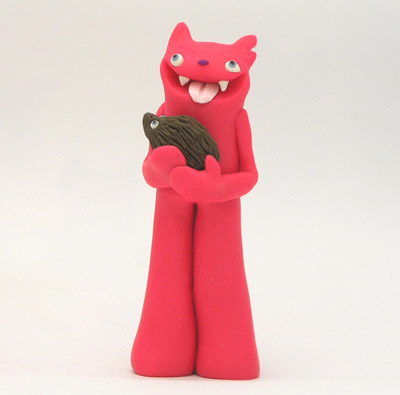 In addition to these “one-offs” she sells “clones’ too on her site.. Multiple versions of the same sweet creatures. These are only $12 a piece and although not as unique, equally adorable and incredibly affordable at only 12$ a piece. Here are a few of those: 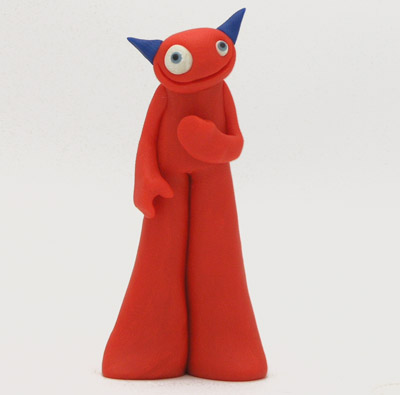 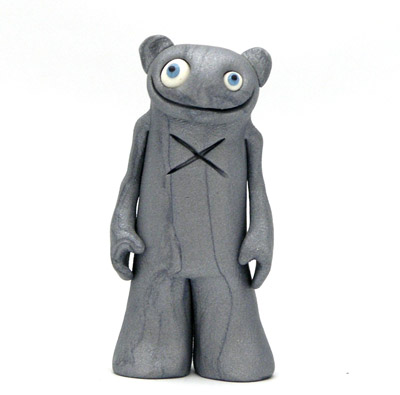 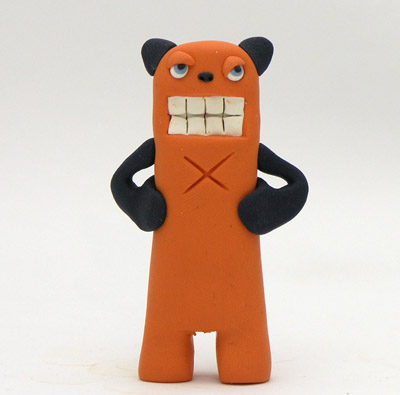 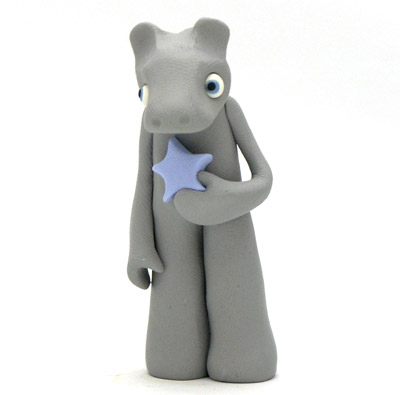 Lest you think she only makes cute little “guys’, her art, polymer mounted on plexiglass, is something to behold as well: 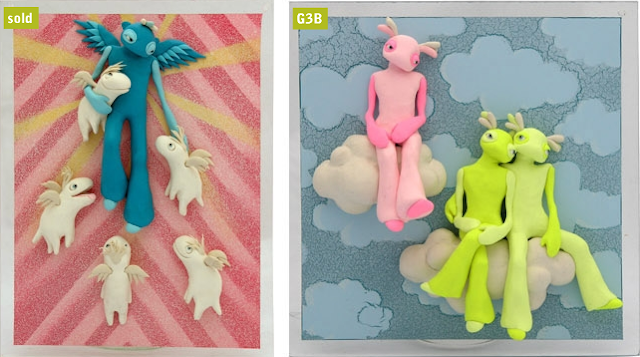 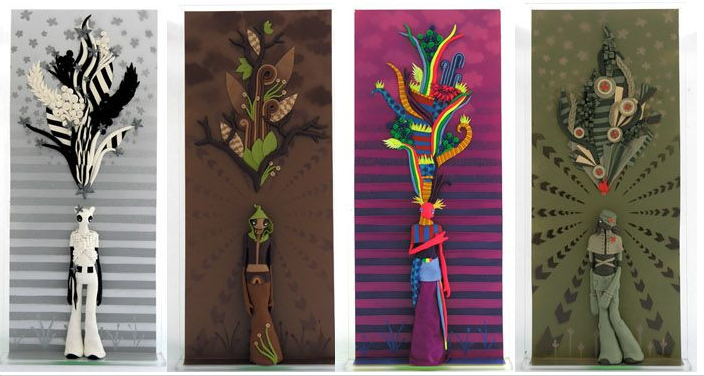 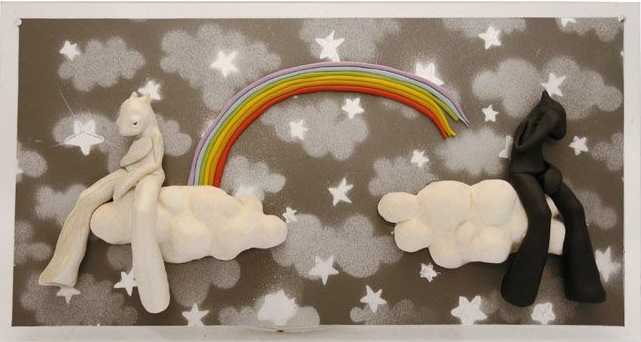 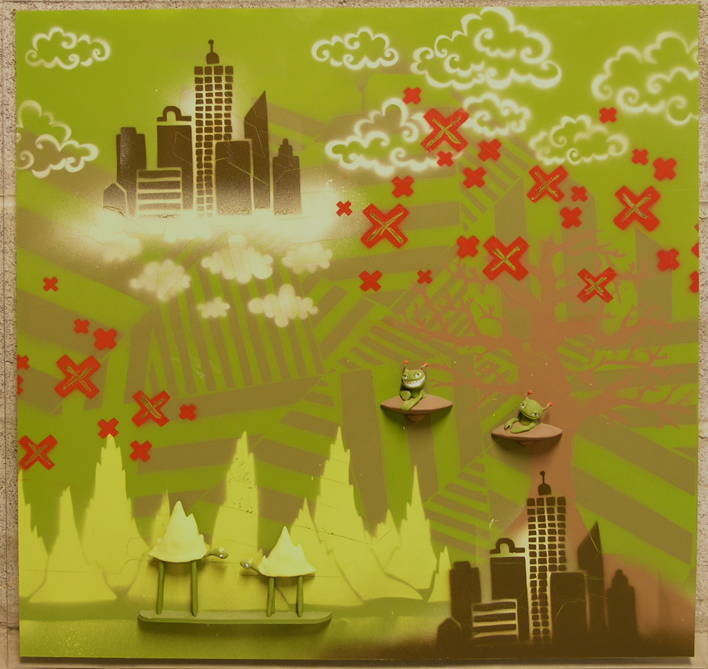 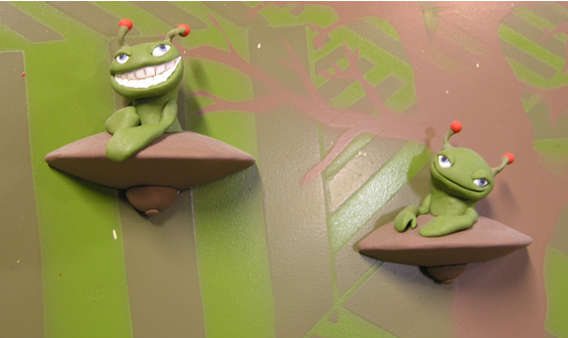 Above: detail from artwork above 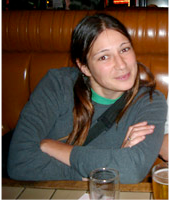 Meredith Dittmar was born outside of Boston Mass. A self taught artist – she first started sculpting at UMass while trying to avoid getting her computer science degree. After graduating and several years pursuing the backcountry on her snowboard she worked as an interactive designer/programmer – her digital works having been shown in international film festivals, exhibits and magazines.

She has since put the digital realm on the back burner to pursue 3-dimensional passions. Over ten thousand completely UNIQUE “guys” have been created and successfully adopted in the last 10 years. Along with her 3d “doodles” she creates larger hung environments inspired by nature, Consciousness, and the various diverse music scenes she has participated in over the years. Meredith currently lives, explores the outdoors, and seeks the zone in Portland Oregon with her husband Randy, dog Oscar and crew of amazing peeps. 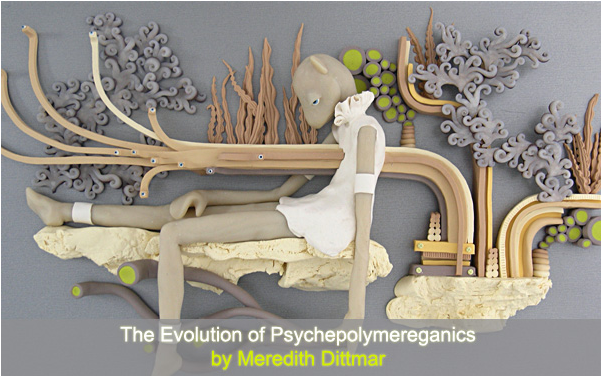 click here to see her newest pieces for sale!